You are here: Home / Diary / Therapy Cat by the Numbers 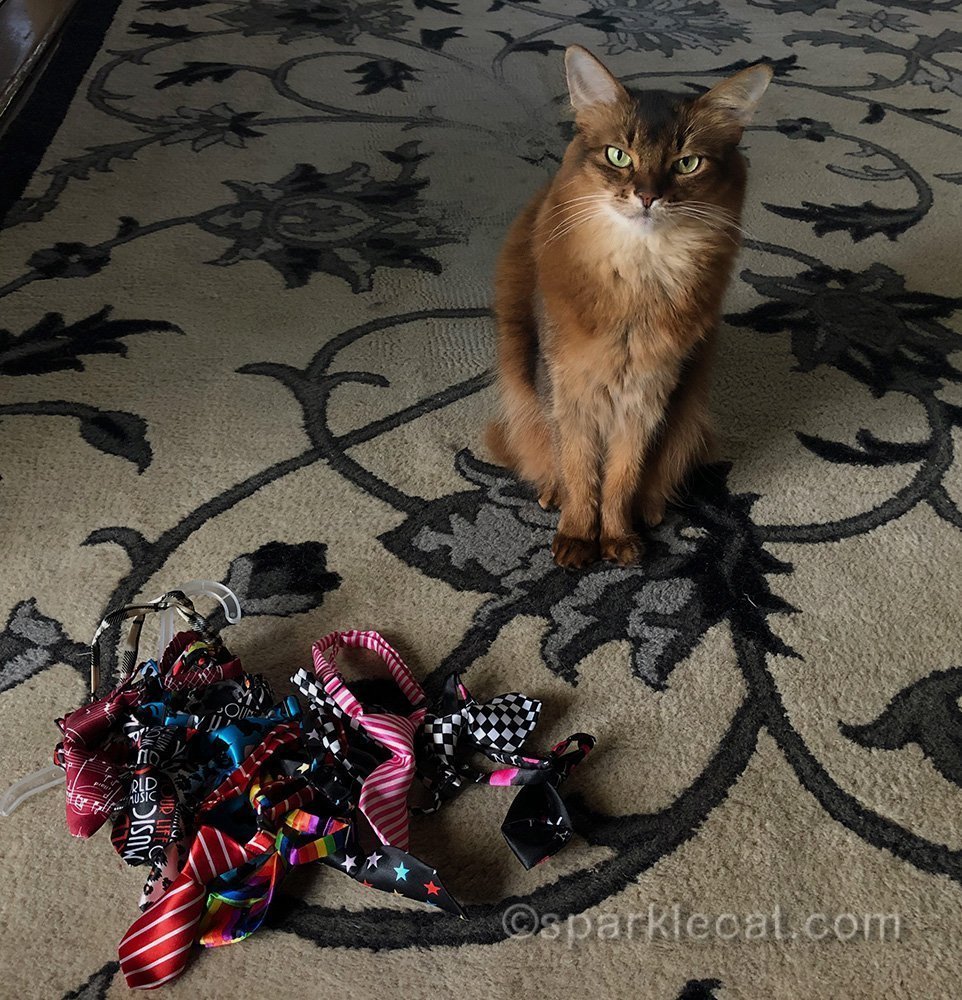 As you know, my therapy pet organization has us do stress relief visits to colleges for finals week. But did you know that sometimes we get to visit other places too? Yesterday, I got to do stress relief at an accounting office. (It’s about this time of year that accountants are going crazy.) I’ve actually been there one time before. I thought it was important for me to pick out a good tie so I could look as professional as possible. Fortunately, I have lots of choices! 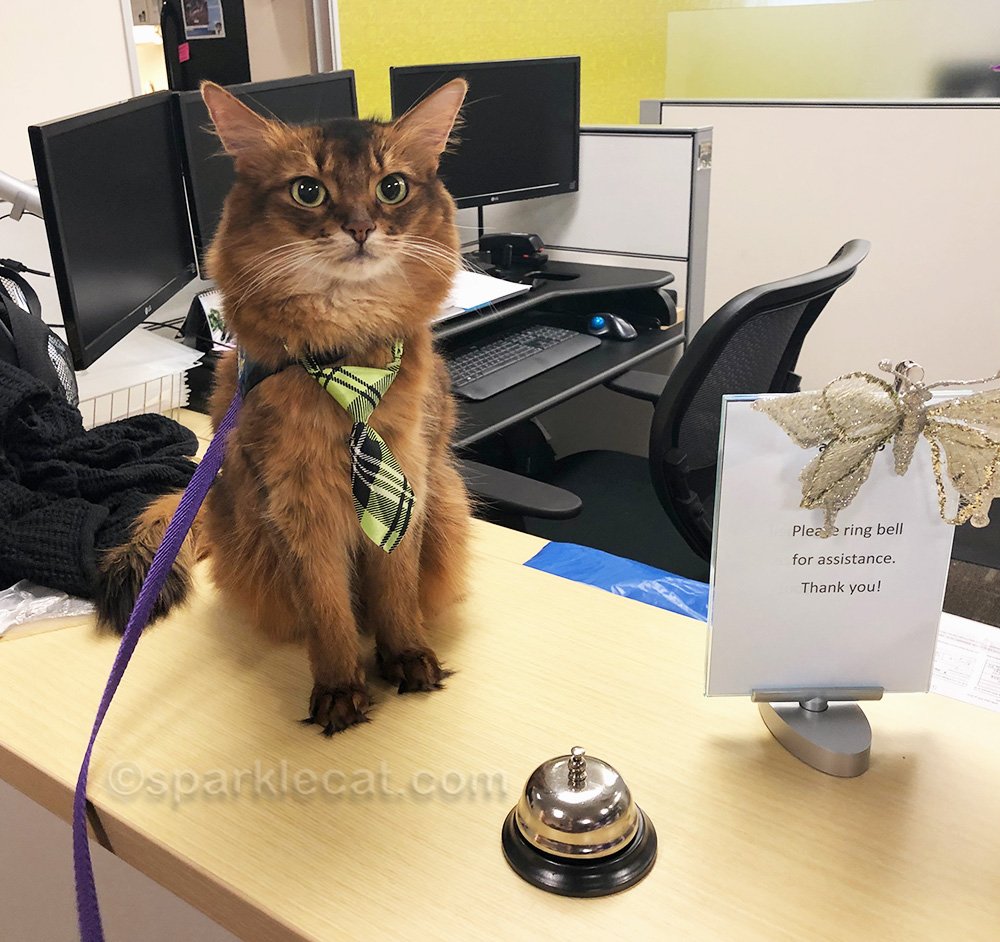 I hope you think I made a good choice! All the accounting employees seemed to like it. In case you are wondering, yes I did ring the bell! And I did lots of other tricks too — my usual High Fives and paw shakes and sitting up. I had lots of fun wandering around on my leash and peeking in people’s cubicles. I was purring and making happy paws for a good part of the visit, and people were delighted by me! Many of them remembered me from before.

We had a different dog team from last time. This was a new therapy dog, a golden retriever named Apple. She and her human have been in the program since last November. Actually, at first Apple didn’t like me, even though she lives with two cats! She saw me at a distance and growled at me. So we kept to separate sides of the office for most of the visit. Apple, like most therapy dogs, is actually very well trained. Her human was very firm with her about ignoring me (the ever-popular “leave it” command), and distracting her when she saw me. And of course, she was awesome with the office workers (as you might expect from a golden retriever).

The thing that struck both Apple’s human and the office workers was that I did not care one bit about Apple or how she felt about me. I really don’t care about dogs. Friendly ones are welcome to greet me, except when we are doing therapy work. The rule with therapy pets is that we need to be kept at least six feet apart at all times. Of course, in this instance, it was way more than six feet! Although by the end of our visit, Apple had gotten used to me, and didn’t growl at me or act aggressively toward me anymore. Even so, there was no way my human was going to let her closer to me than 20 feet away. She also did her best to stay between me and Apple, even after Apple decided I wasn’t so bad after all.

Me? I just wanted to wander on my leash! My human had to pull me back because I would have just walked up to Apple. I have no fear! I was perfectly happy doing my tricks, visiting, and snooping around. Nobody was going to stop me from doing that. And in the end, Apple and I were able to do a group shot with the staff (Apple was in the middle, and I sat in a chair on the far side from her). So it turned out to be a really awesome therapy pet visit, and I had a nice time.