You are here: Home / Diary / The Therapy Cat Visit That Was Just Right 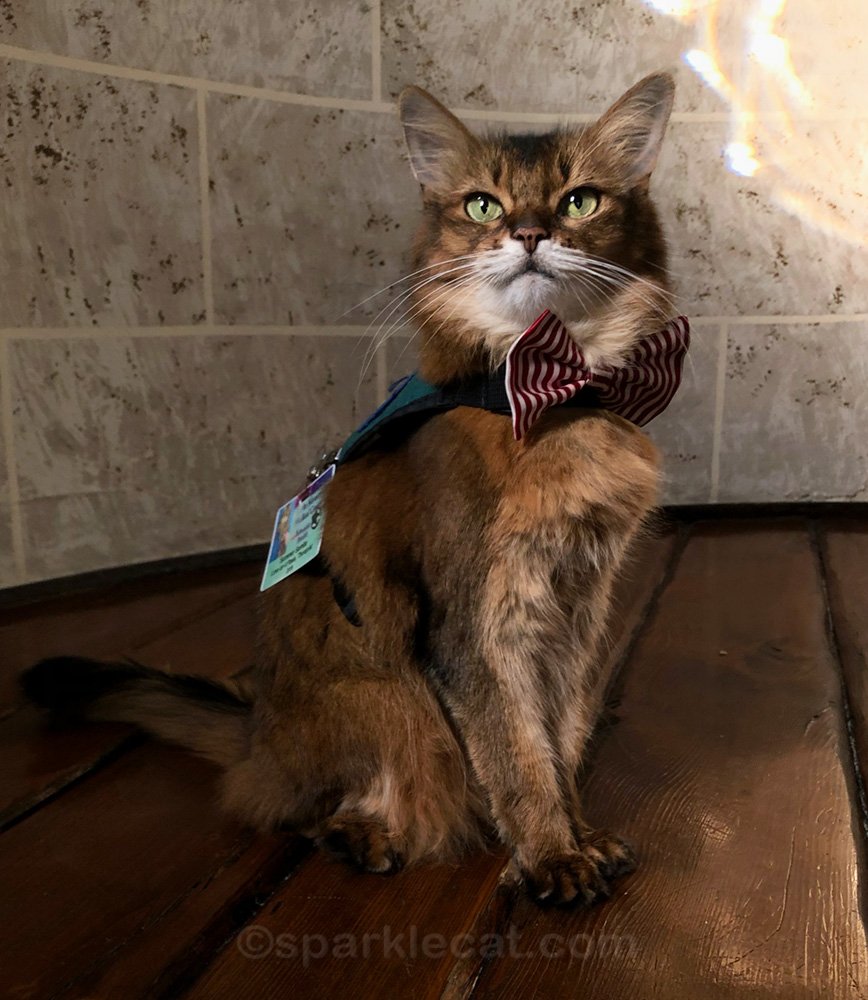 I had a therapy cat visit at the big hospital, along with our organization’s other cat, Josie. We started at the Cancer Center where a couple of women were getting infusions. One had her husband waiting for her, and I posed for a photo with the two of them. They were both very nice.

All the kids in Pediatrics except one were in isolation. And the kid we were able to visit with was sleeping. The mother told us she had a cat at home, and she was happy to see both me and Josie anyhow. When it was my turn to sit on the bed with the little girl, I went closer to her, checking her out. That’s something I don’t normally do. Before I left, she did wake up, but she was so groggy that she probably thought she was dreaming that there was a cat on her hospital bed.

Before meeting back up with Josie in her human, who had gone down to First Floor Rehab, we stopped by the Residents’ Workroom. They often get overlooked, and we had time. They were happy to see me, and I was glad to give them a little break.

We had just two patients in First Floor Rehab, both women. One elderly woman had either a friend or a sister visiting, and they were both very sweet. I liked them a lot. And the next patient was nice too — a middle aged mother with an adult daughter visiting. They were both cat lovers.

After that, Josie and I stopped by Labor and Delivery, but there weren’t any patients to see there. As always, we enjoyed visiting with the staff, and that makes it worthwhile.

It was a quiet day at the big hospital in the best way. It’s good to be able to see everyone who wants to see you and not leave anyone out. And this was one of those visits. 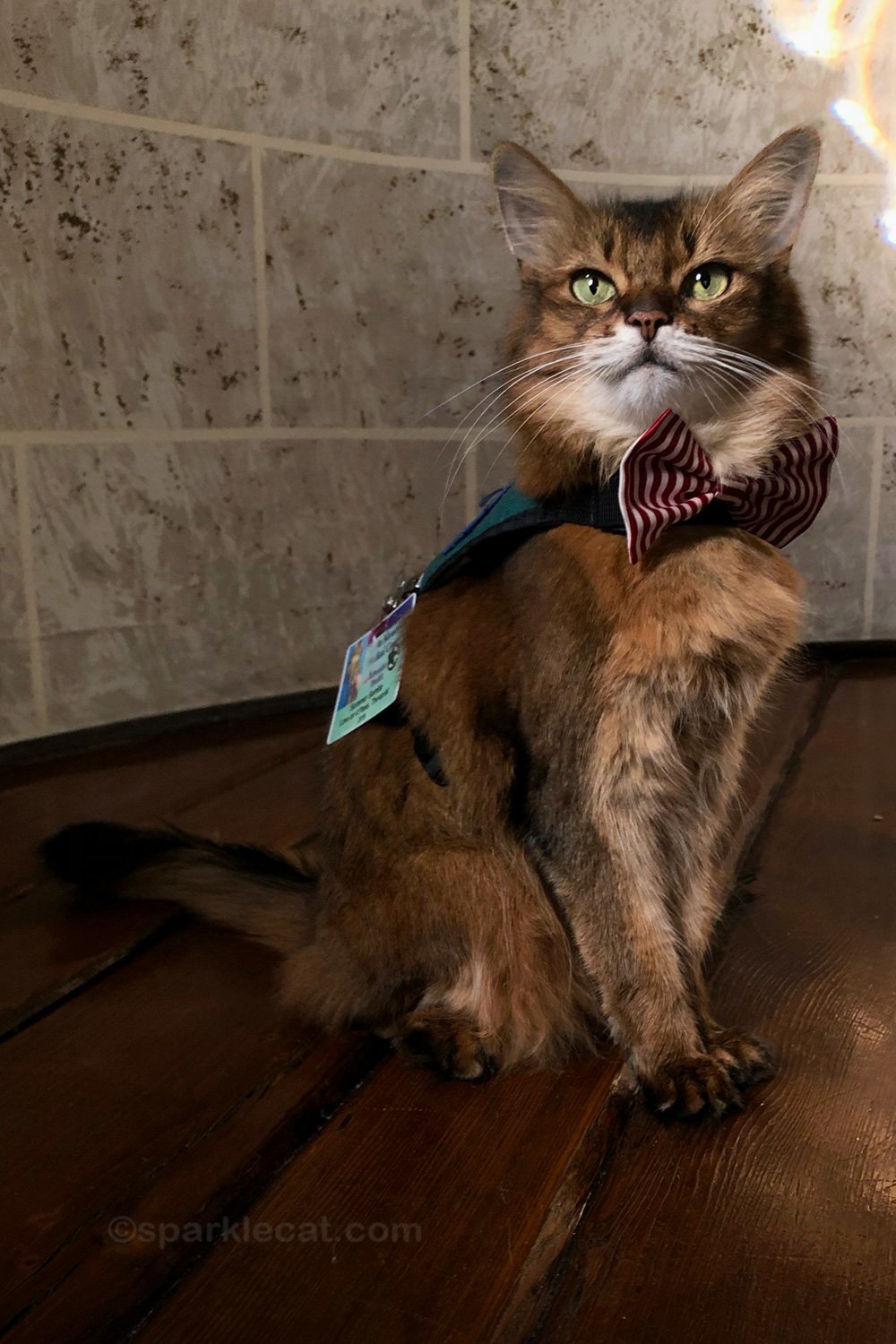