You are here: Home / Diary / The Pet Steps Commercial I Appeared In

You might recall that I went on a commercial shoot a few weeks ago. The commercial is done now, so I am going to tell you a little bit about that day.

It was for a U.K. product, Chumeez Folding Pet Steps, and they had all dog actors and wanted a cat. Keep in mind that while I go up and down stairs at home all the time, I had never used pet steps before. My human was sure I could do it on camera, however, so she quoted a rate to the production company. And they said yes, although I think they felt it was a little high. (I was totally worth it.) We got the call sheet a few days later and we were on our way. 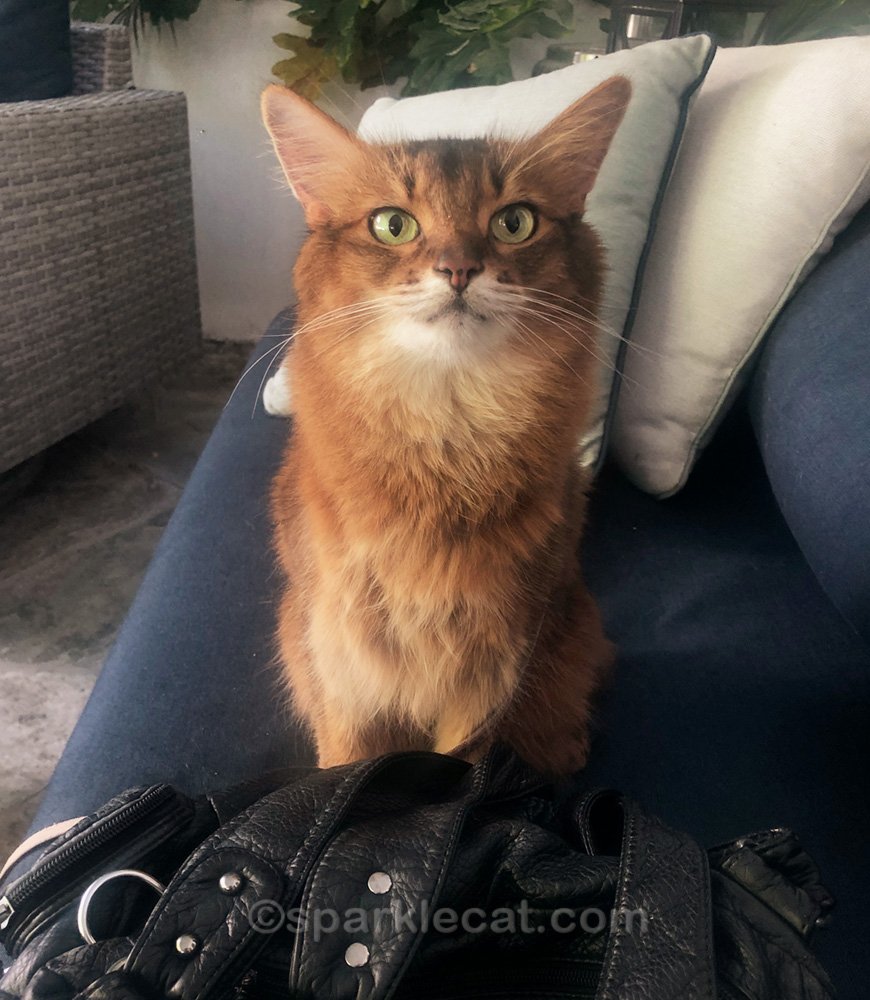 The location was some sort of McMansion in Studio City, and the film crew seemed to be taking up every room on the bottom floor. They had already been shooting for hours when we got there. My part was the last thing they planned to film. My human and I waited outside in the back while they finished with the dogs. 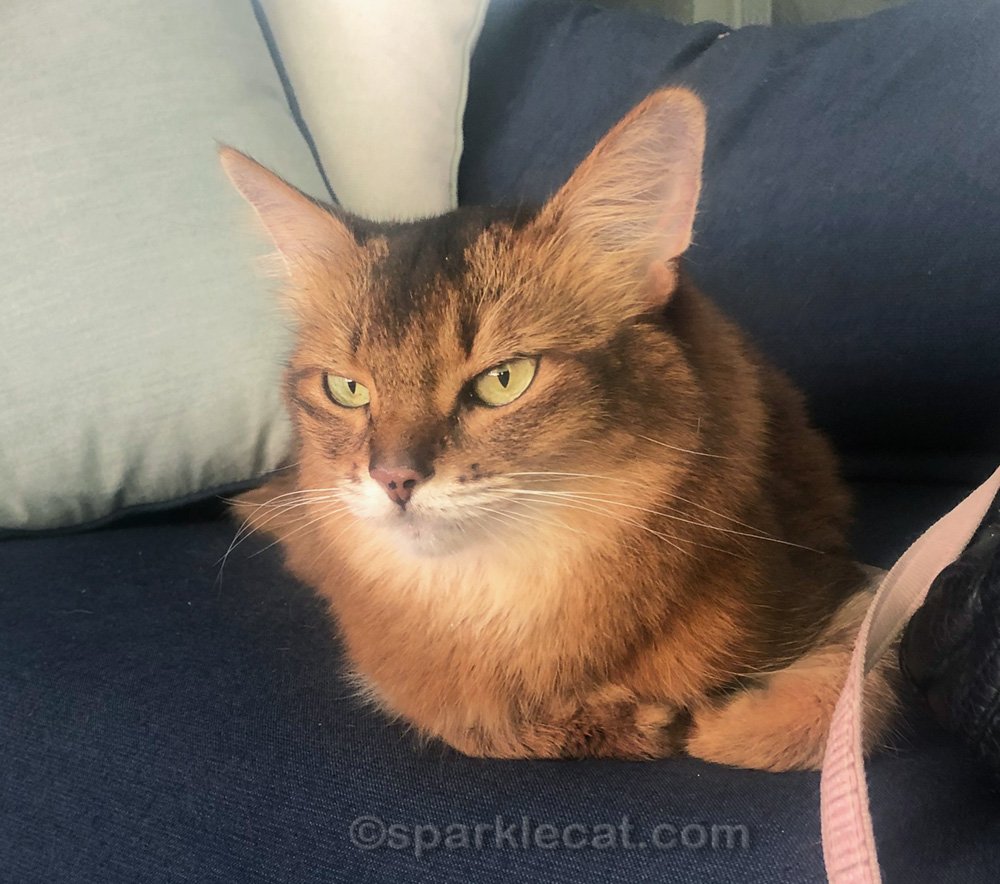 I got bored after a while. So my human let me wander around the small backyard on my leash. 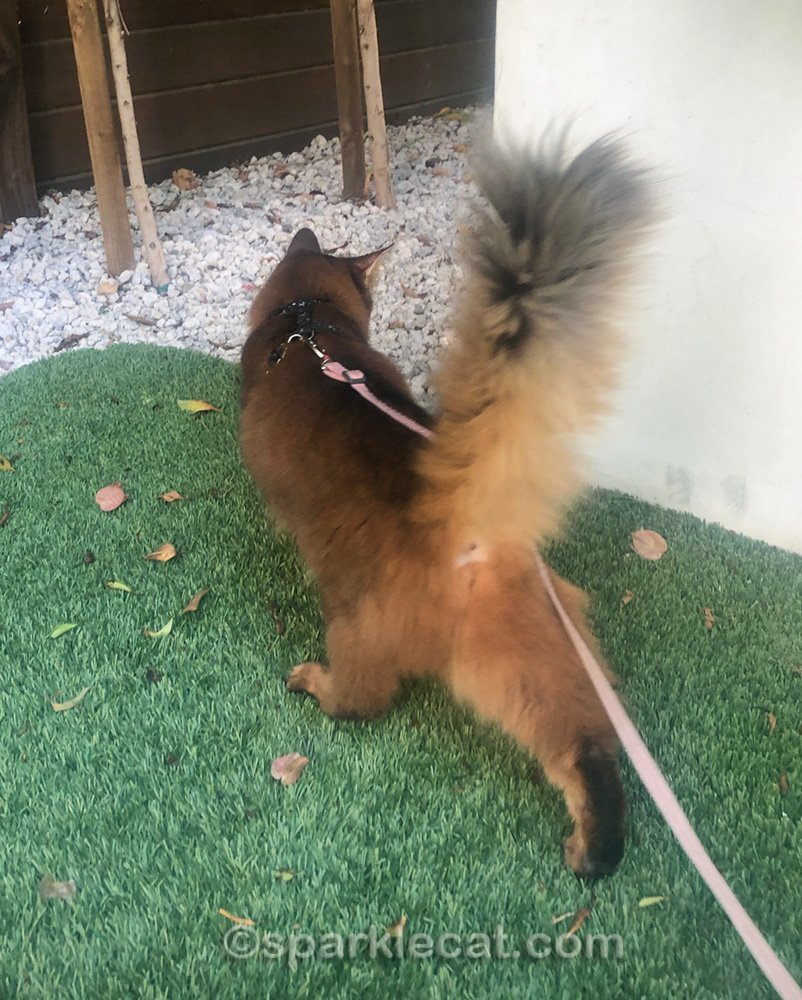 I enjoyed exploring! Maybe a little too much, because my human kept telling me I couldn’t go places I wanted to. 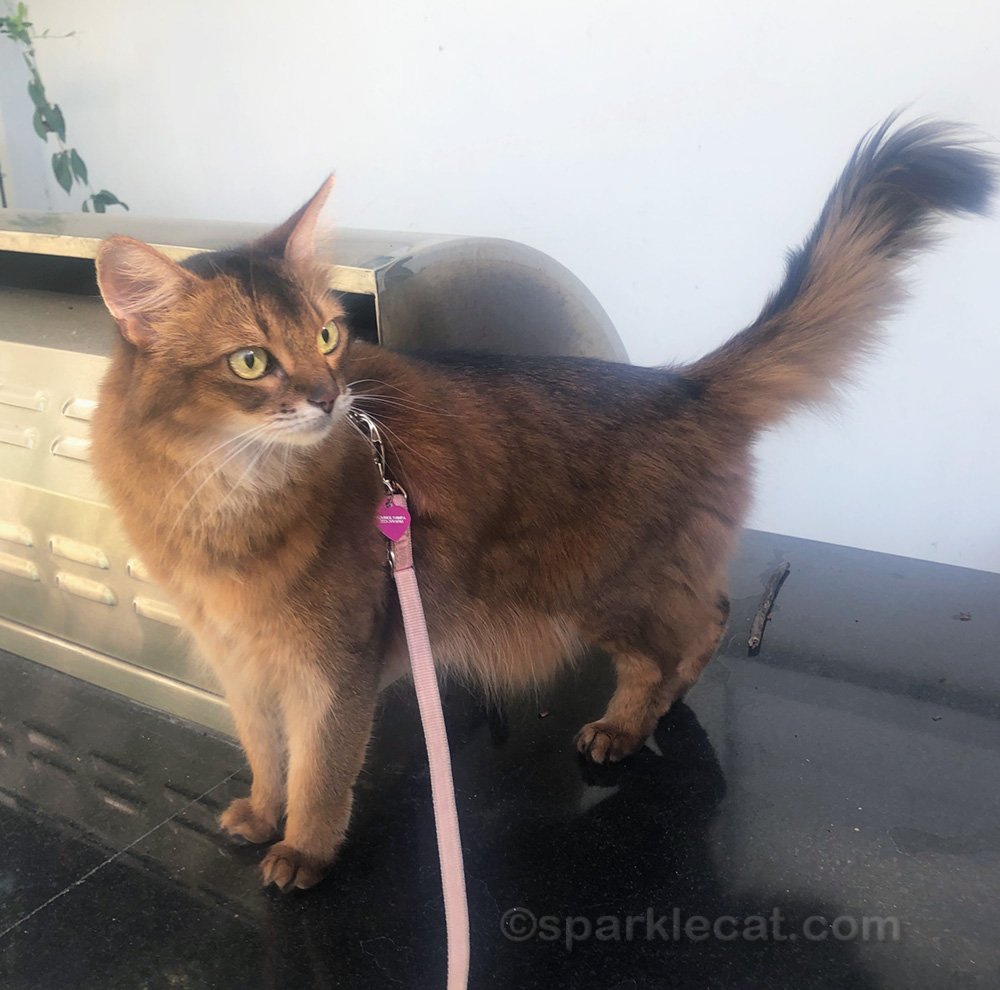 I even got to check out the big, fancy grill. It wasn’t on, of course. Eventually they brought out the steps, and my human spent about 15 minutes training me to walk up and down them. That was almost as fun as exploring… plus treats! The film crew was finally ready for me, and once they got the camera into position, it took them about 10 minutes to get the shots they needed. They had me walking up the steps, down them, and sitting on top of the steps. They even had one of the production people hold me. I got compliments on how nicely I walked down the steps, without rushing. Well, I’m a pro. What did they expect?

With all the different shots they did you’d think I’d be in there more, but if you blink you miss me! So you don’t have to sit through the whole thing, I’ve cued the commercial up to my part. Do.Not.Blink! 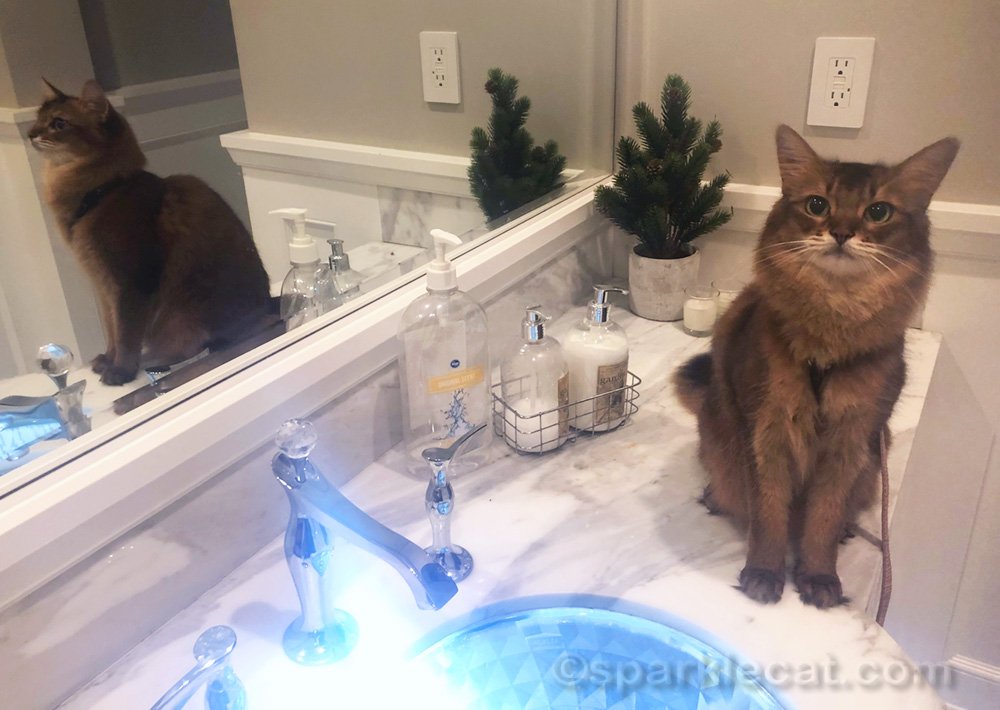 We expected to be there for four hours, but it turned out to only be about 90 minutes. I like to think it was because I’m so good at learning things and being on camera. My human wanted to use the bathroom before we left, and of course I had to come with her. Yes, the sink was glowing. Like I said, it was a McMansion.

That was fun! I hope we get to do lots more productions. 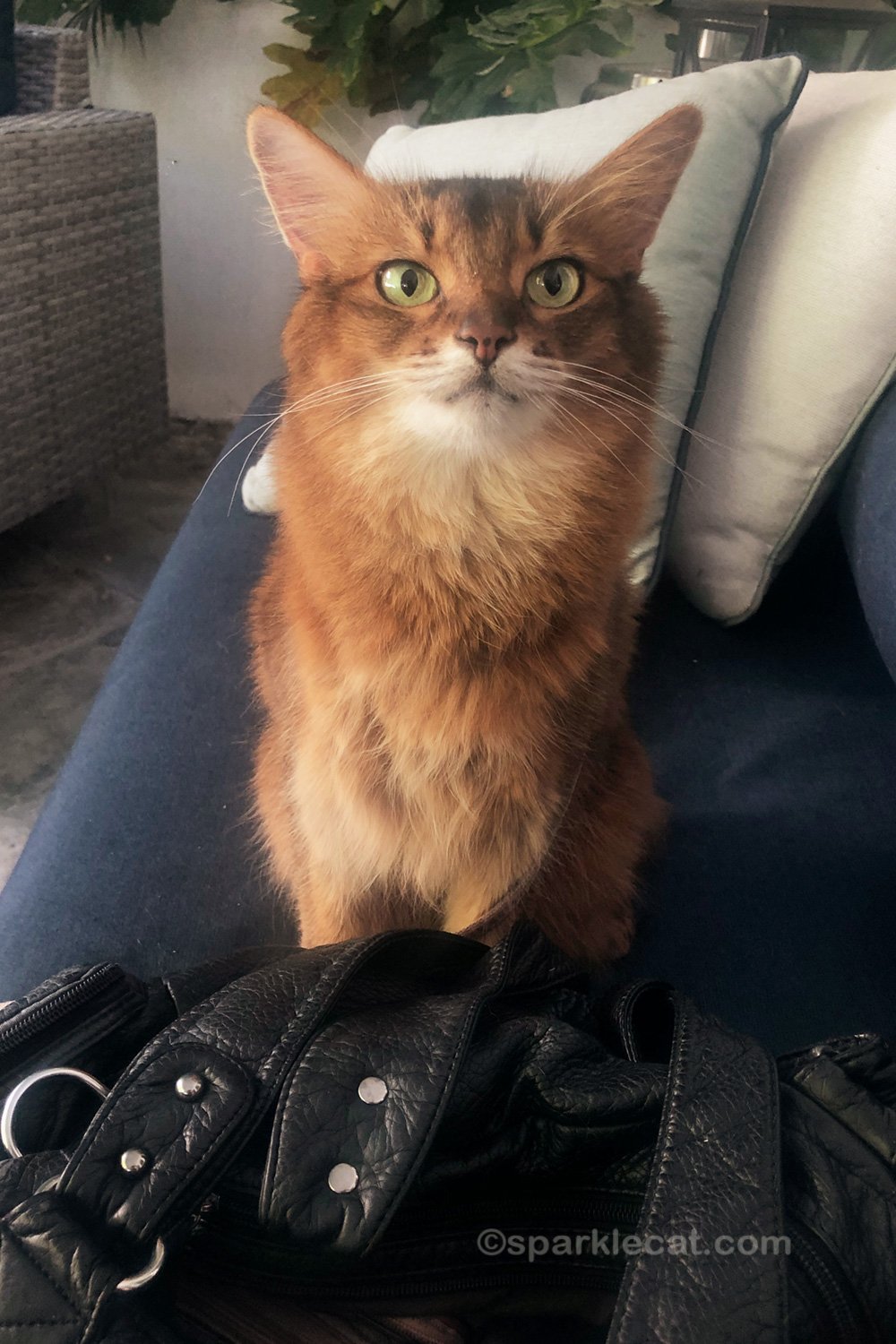