You are here: Home / Diary / The Halloween Party – and Giveaway! 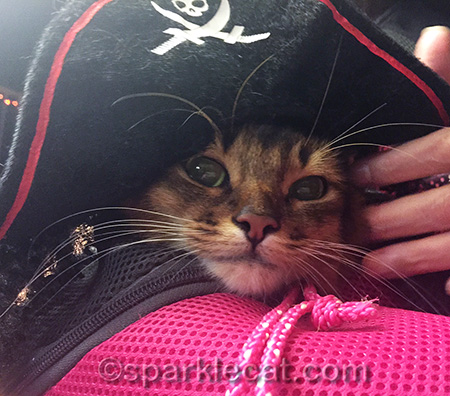 I was so excited about going to the Halloween party at the nearby veterinary clinic! It was held mostly outdoors and there were lots of dogs and I was the only cat, so I had to stay in my sling the whole time. Nobody got to see my dress, but I did wear my hat for the costume contest. Lots of people were thrilled to see a kitty in attendance (including a blog reader!) and I got lots of pets and attention. 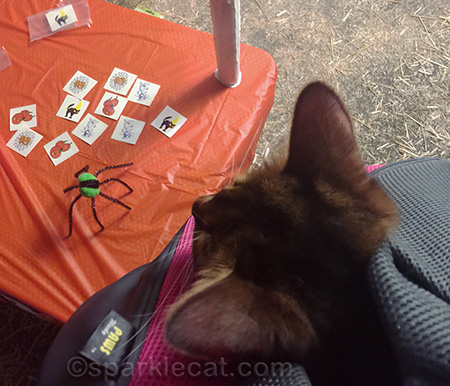 There were all sorts of fun activities and goodies for the humans (I was disappointed there were no cat treats… or even dog treats!). There was face painting and these temporary tattoos. 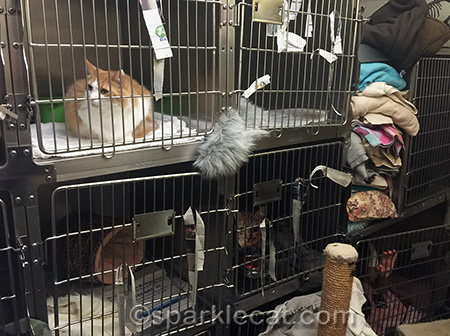 There was a haunted house inside the vet clinic… although I bet a lot of pets think going to the vet is kind of scary to begin with! My human and I only saw the first room — the cat room was run by a crazy lady (look in the bottom right hand corner and you’ll see there weren’t just cats in cages! The next area was dark and there was lots of barking and my human was worried I would get too scared, so we went back outside. 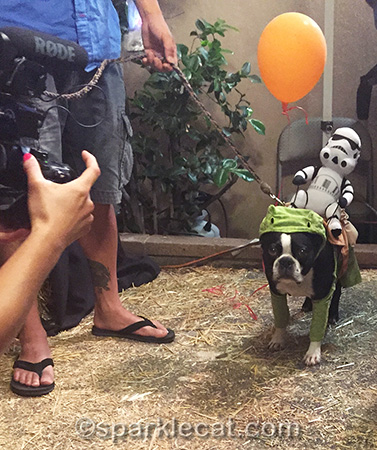 Finally the big moment came and we costumed contestants had to be judged! There were lots of dogs wearing outfits, like this guy in his Star Wars getup. 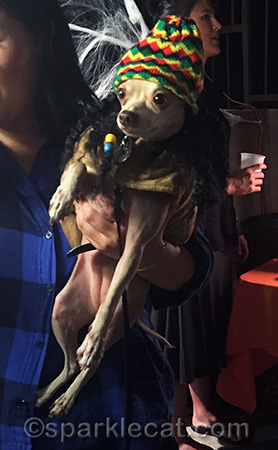 My human never did the chance to photograph this dog’s whole costume — not only was she Rasta Dog, she also was in a Hot Dog suit! Even though my costume wasn’t as elaborate as some of the others (like I said, my dress was hidden in the sling), I got a prize for being the one cat there! 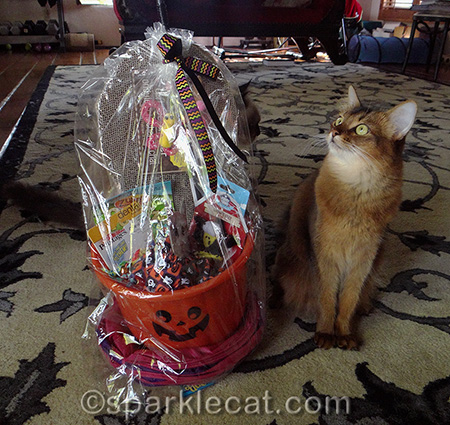 In fact, the prize package was even bigger than I am! 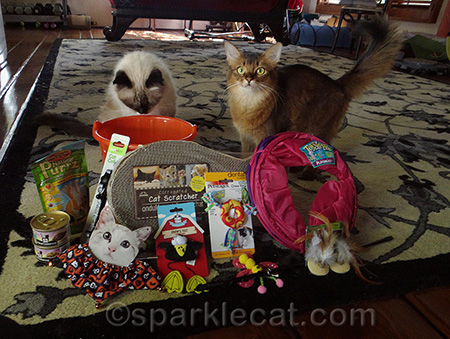 Here is everything spread out! As you can see, there are several cat toys, Zuke’s treats, a couple of cans of Science Diet Ideal Balance, a scratcher, a tunnel, a glitzy sparkly silver collar, and a Halloween collar with bells! That is a lot of stuff for a kitty who already has everything! And you know what that means! 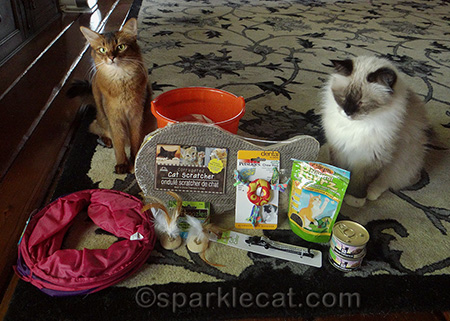 I am having a giveaway! I kept back just a few things, but I am giving away the scratcher, the tunnel, the treats, two of the toys, the food and the silver collar! You can enter using the Rafflecopter widget below. If you have a problem with the Rafflecopter widget, let me know and I will enter you manually. The giveaway ends next Wednesday, November 4 — good luck!


Although this is a U.S. only giveaway, I will have one that includes my international readers soon… and there will be something special included for my newsletter subscribers! 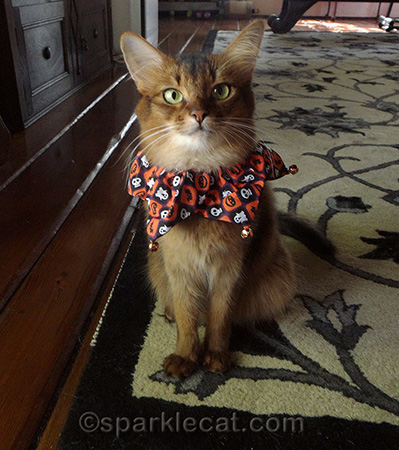 You probably noticed I kept back the festive Halloween collar. I did that as a favor to the kitties that read my blog, since I know most of you would not want to wear it! I don’t mind it, and I love going places — and I know I’m the exception to the rule. In fact, my human was concerned I was getting bored in my sling and left the party soon after I got my prize… but I could have totally stayed longer! I kept looking out the car windows before she put me in my carrier for the drive home, and was bummed when both humans went to another party without me the next night! More on that party later — I think you will want to know all about it.