You are here: Home / Diary / The Bad Photos First 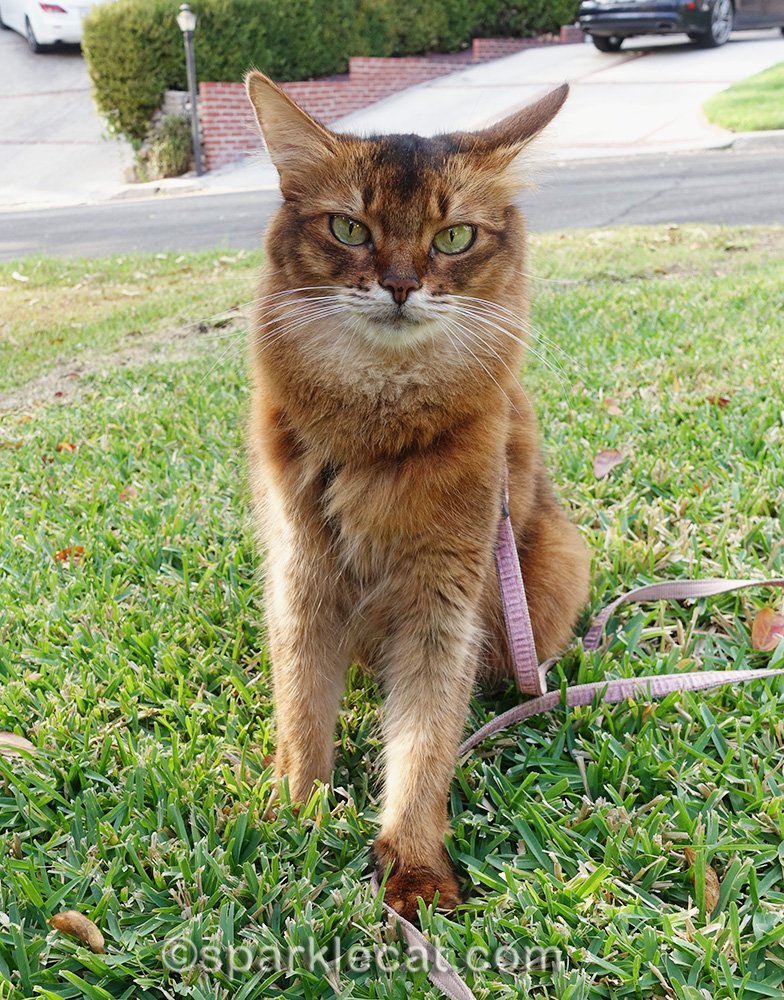 What nice weather we had this week! So I got to spend some time in the front yard. And as usual, my human took pictures. The only thing is that, while they weren’t terrible, we’ve certainly had better sessions. So instead of trying to pawn off the so-so photos as something special, I’d rather share the bad photos first. Quick note: the above photo is not one of the bad ones. 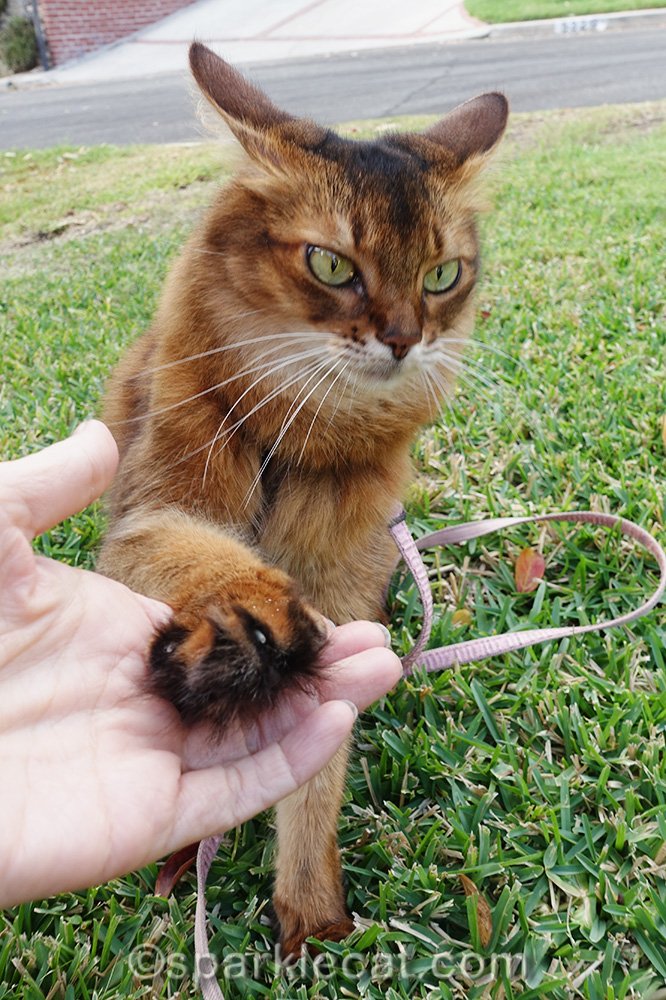 This one is! I just wasn’t in the mood for paw shaking that day. I did it anyway, but really would have rather skipped it. 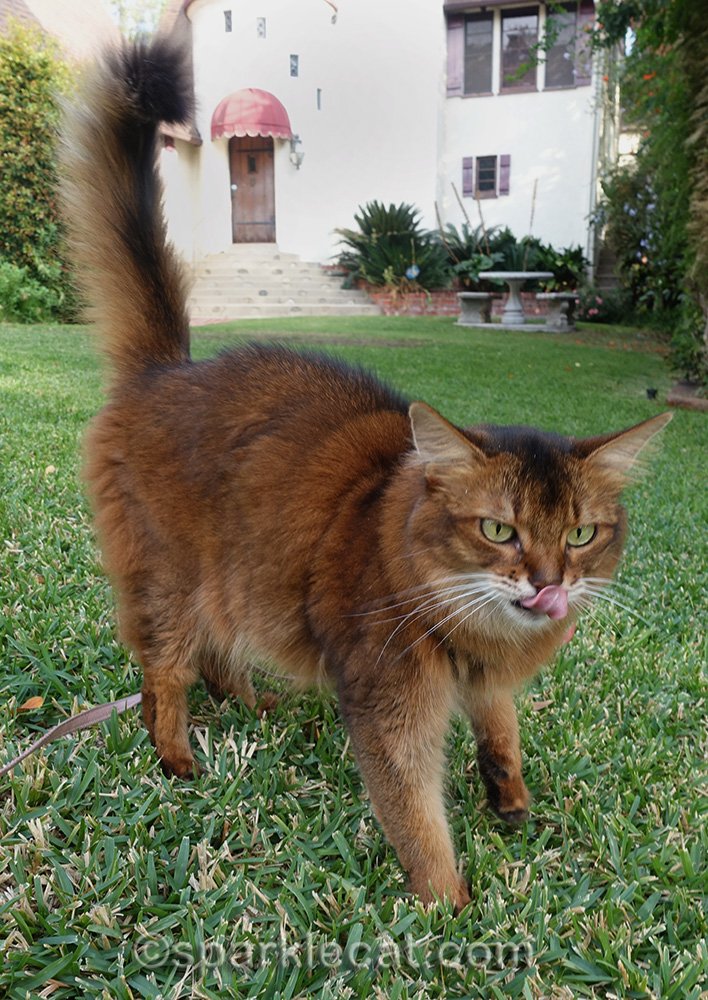 I think part of the problem was that with the weather changing, and the position of the sun too, my human had new lighting to get used to. Oh yeah, and it didn’t help that her timing was off. Otherwise, this photo would never have happened. 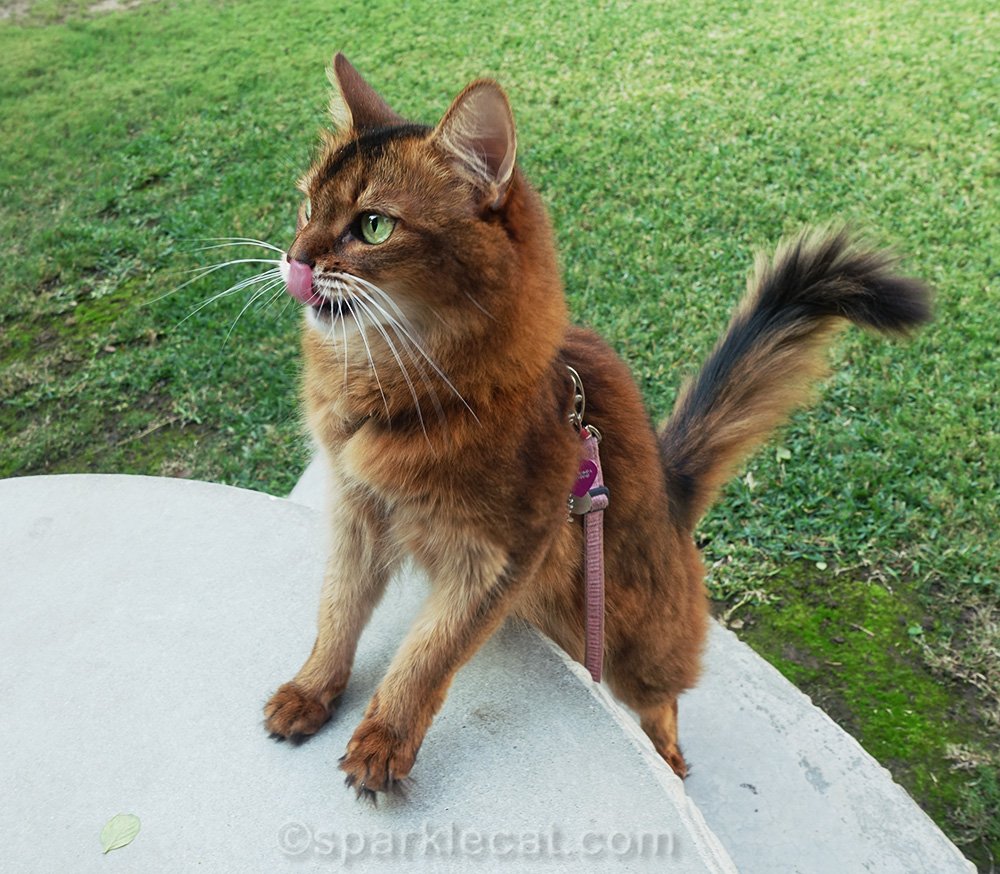 Or this photo! My human was trying to get a picture of me with my front paws on the concrete table, but I wasn’t feeling it. When I’m not cooperating, sometimes she takes a bunch of photos, hoping to capture something. And photos like this one are usually the result. 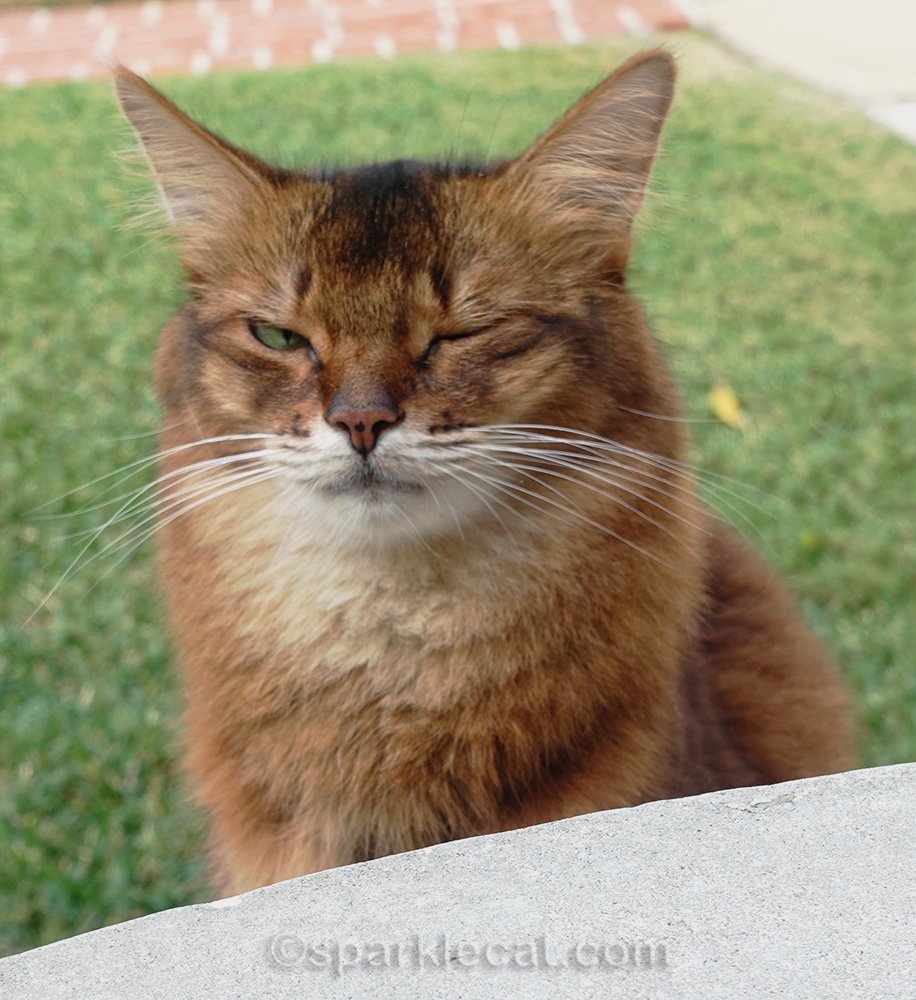 I’m ending with this winner. If someone took a photo of a human like this, the human would insist on deleting that photo. Kitties don’t get that option.

I hope you enjoyed these bad photos! 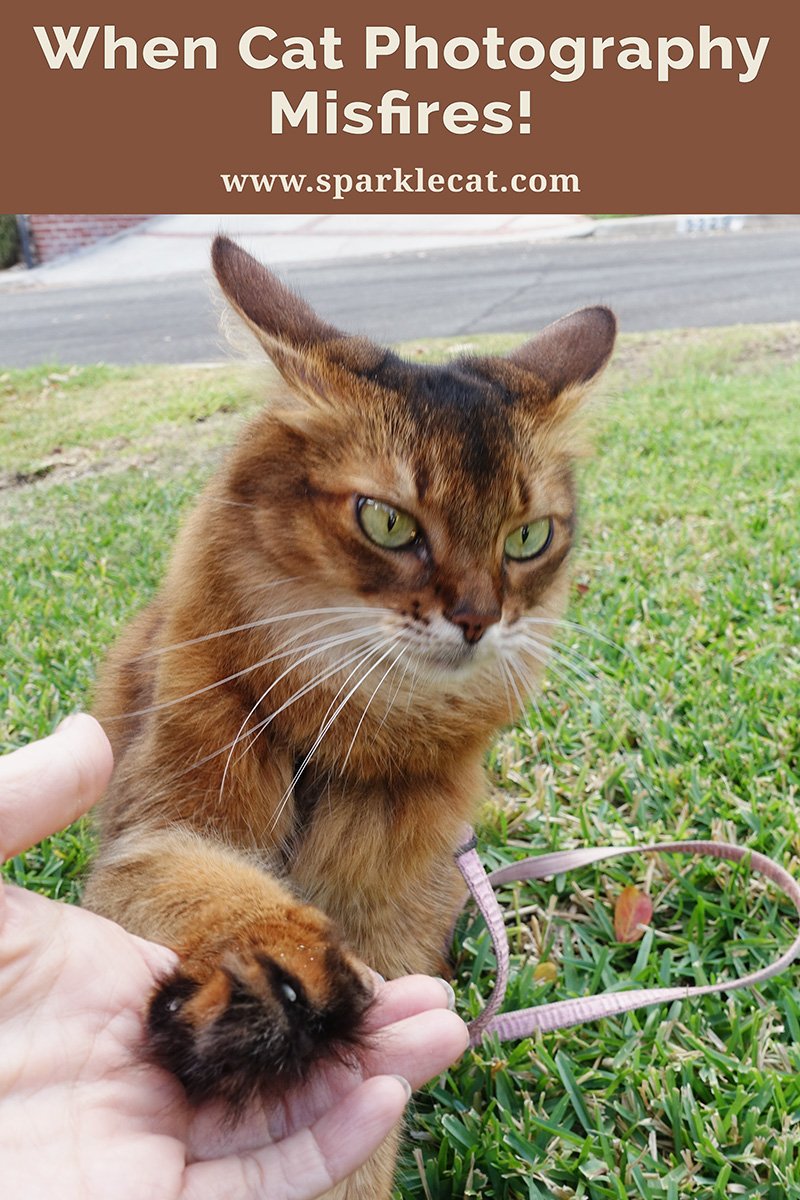