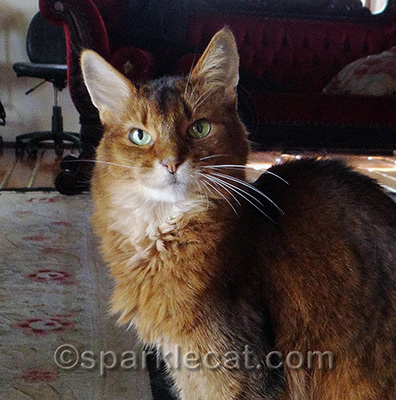 I just wanted to say a few quick words of gratitude to all my readers today for the kind and lovely compliments you paid me for my #TwitterFiction story, “Molly to the Rescue”! Many of you on Twitter followed the story there, and I got some awesome Retweets and Favorites from you! And those of you not on Twitter who read it later shared about it on Facebook and even on your own blogs! I am so flattered and honored that you enjoyed my story enough to give it shoutouts.

The thing about writing is that it is done in a vacuum, and even when you put it out there, sometimes there is little or no feedback. And while writers write because they have to, the whole purpose of the written word is to communicate. The highest compliment you can pay a writer is to say you heard what they were saying and it touched you. My human has written since she was 7 and she has written as a profession since 1986, so she has been doing it long enough to know that unsolicited compliments only happen when people are really passionate about something they read. She takes it for granted now that she will get very little feedback for her efforts, or mine — so we were both really blown away by how much everyone enjoyed the simple little story of a kitty who got lost. And even happier that several of you shared about Citrus, the real life “Red Boy” who needs a home.

So thank you again. I am a very lucky kitty to have so many enthusiastic readers!