You are here: Home / Diary / Taco Cat Tuesday (With Tacos) 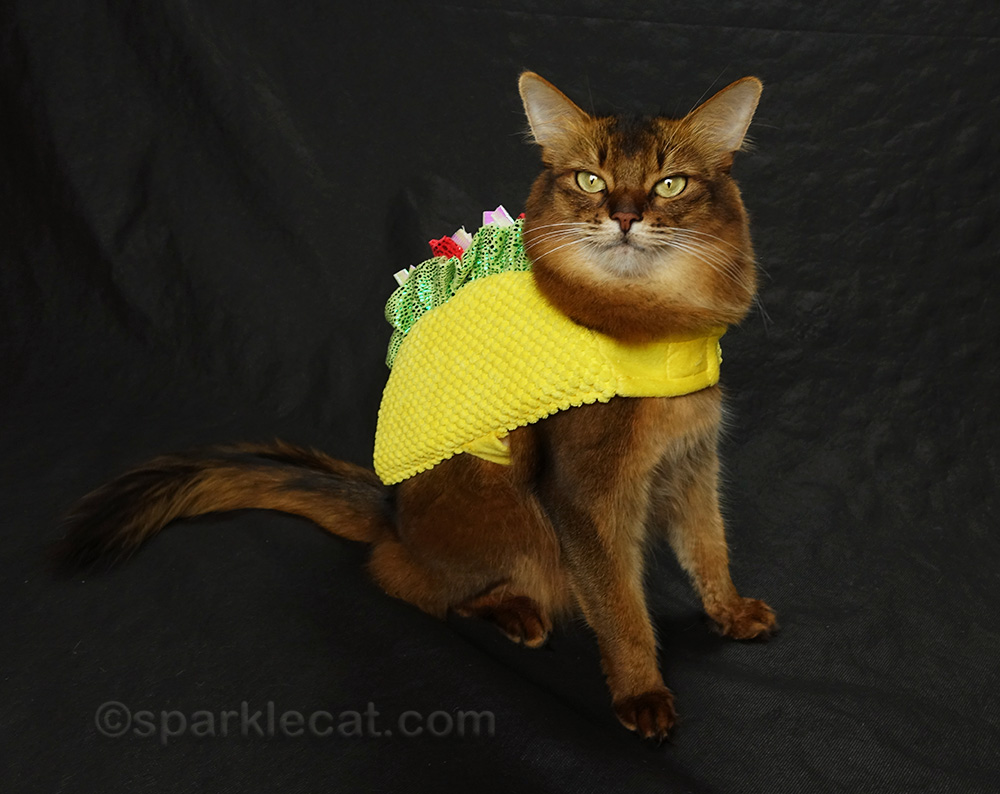 Yes, it is Tuesday, and I’m wearing a taco costume. Because taco cat is one of the most famous palindromes, and somebody somewhere started Taco Tuesday. It all came together and resulted in this photo shoot. My human says there’s even more to come! 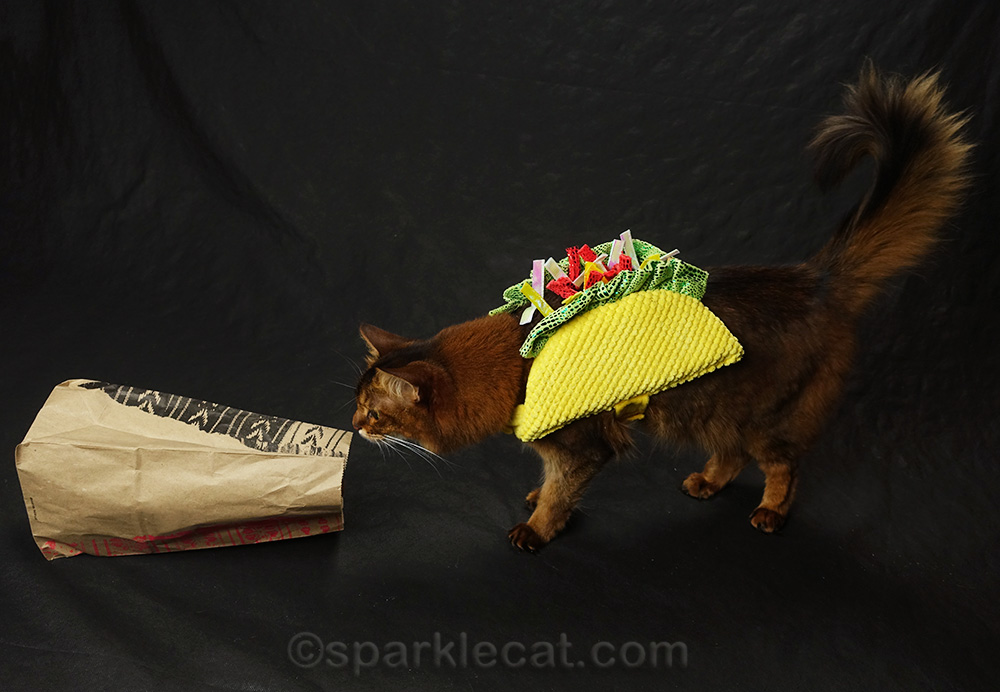 Apparently, this “even more” happens to be in this bag… and it smells pretty fragrant! 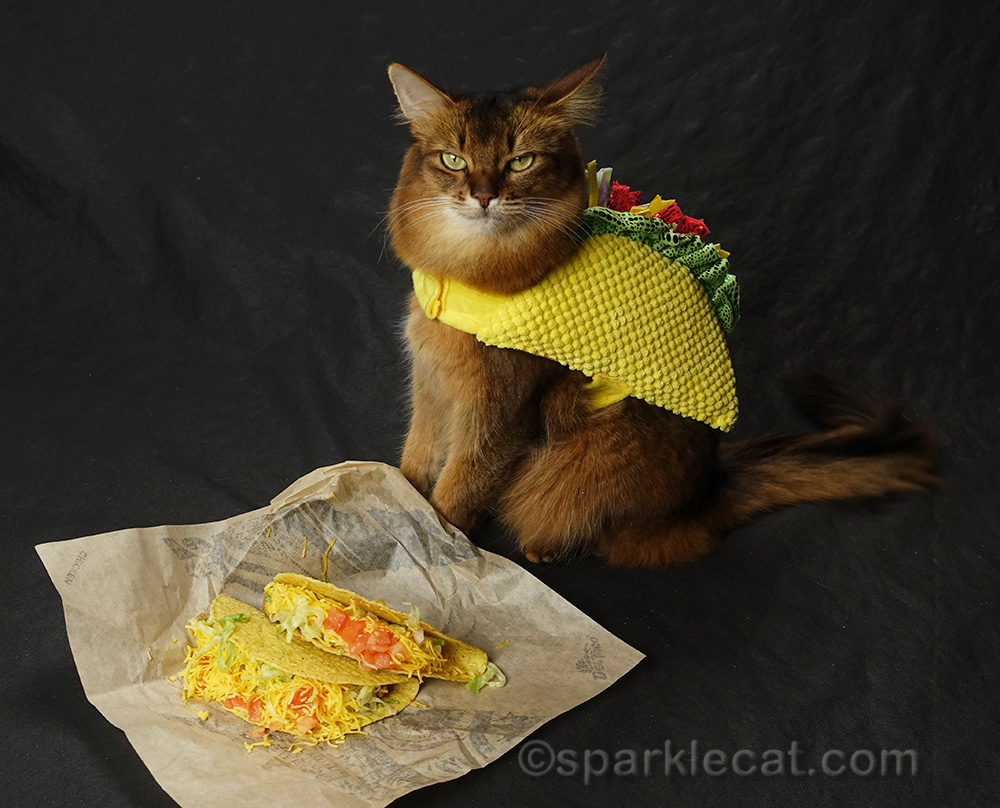 Yep, they’re tacos. And I’m supposed to be a taco cat posing with actual tacos. Well, I think this idea is pretty silly. 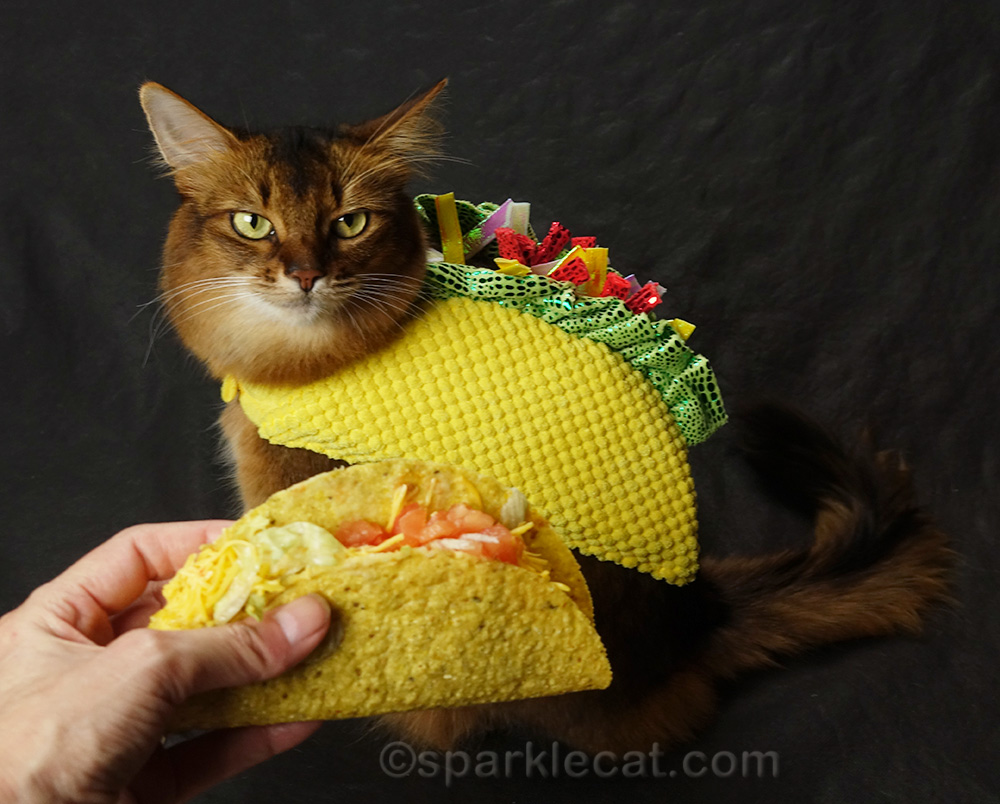 Now she’s holding up one of the tacos, like, “Who wore it better!” 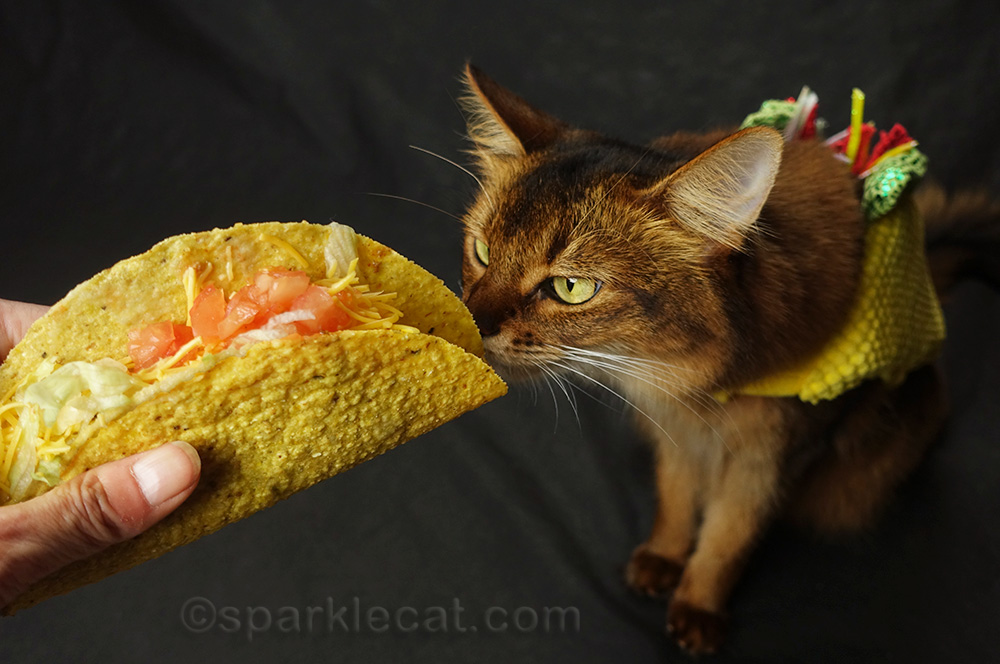 At least I got to sniff the taco and have a taste of some of the cheese. My human said the meat part was too spicy for me. Which is a bummer because it was a turkey taco. 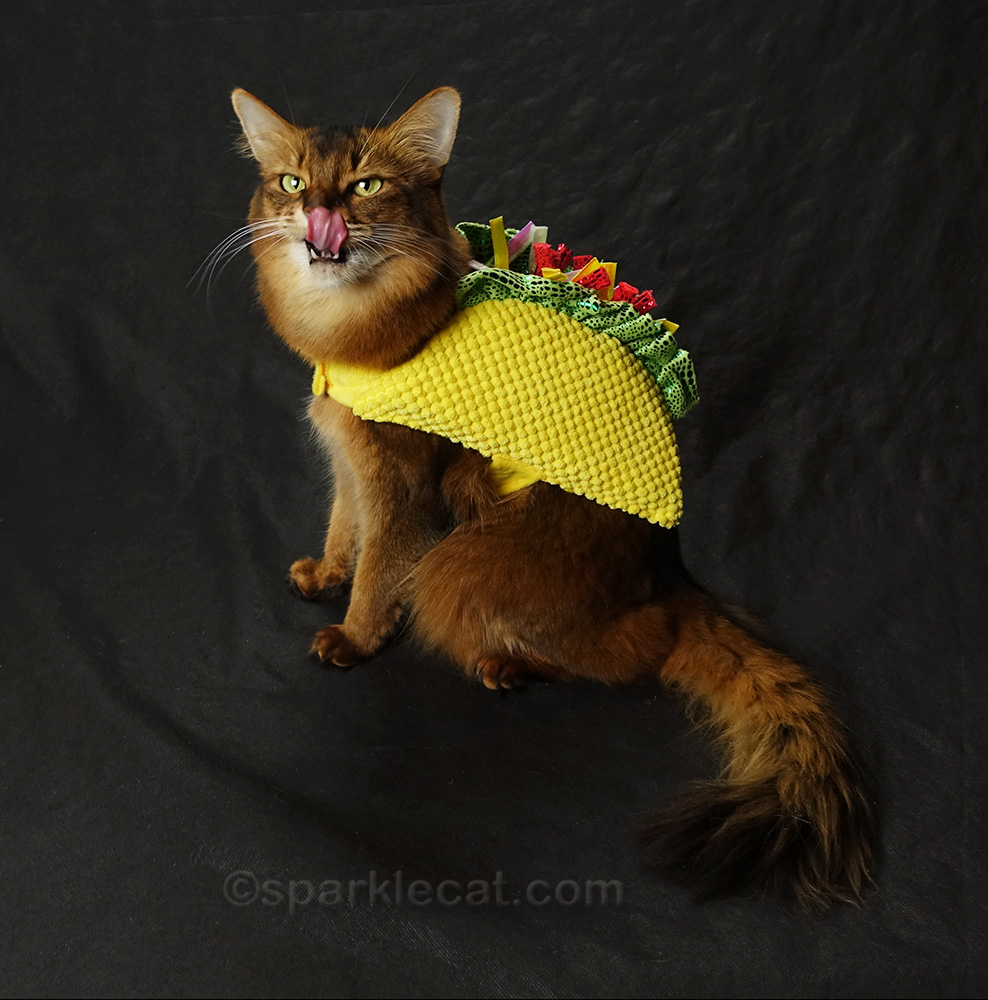 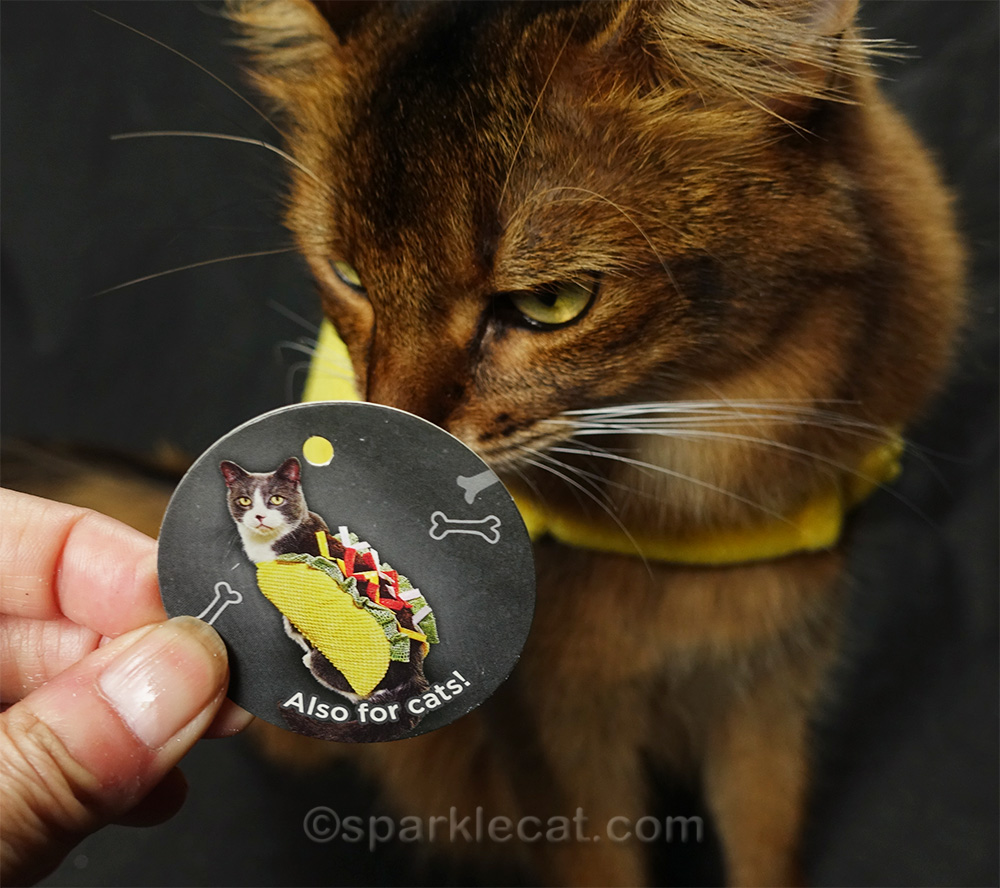 Look who’s back! It’s the same cat that was posing on the fish costume! At least he doesn’t look as unhappy here. 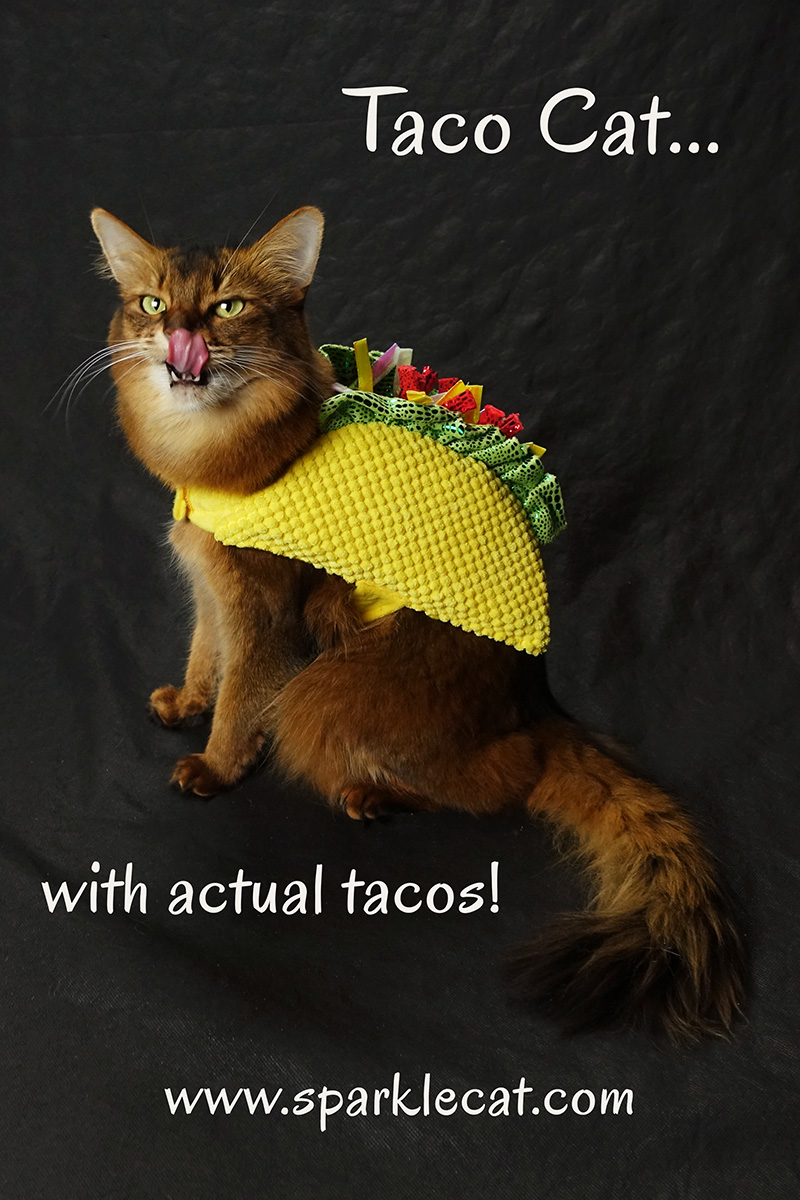