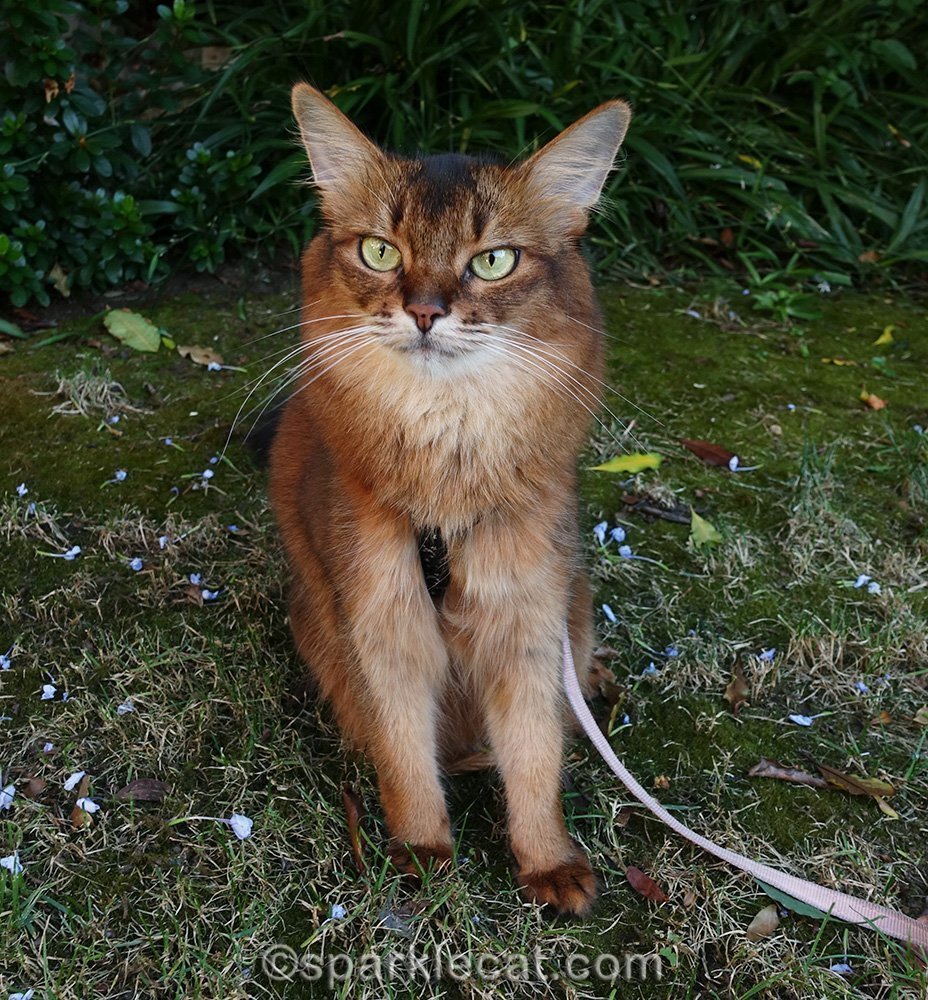 It’s late in August, but there’s still enough daylight and warmth for a summer evening stroll! I was glad I got to go out for a while before dinner last night. 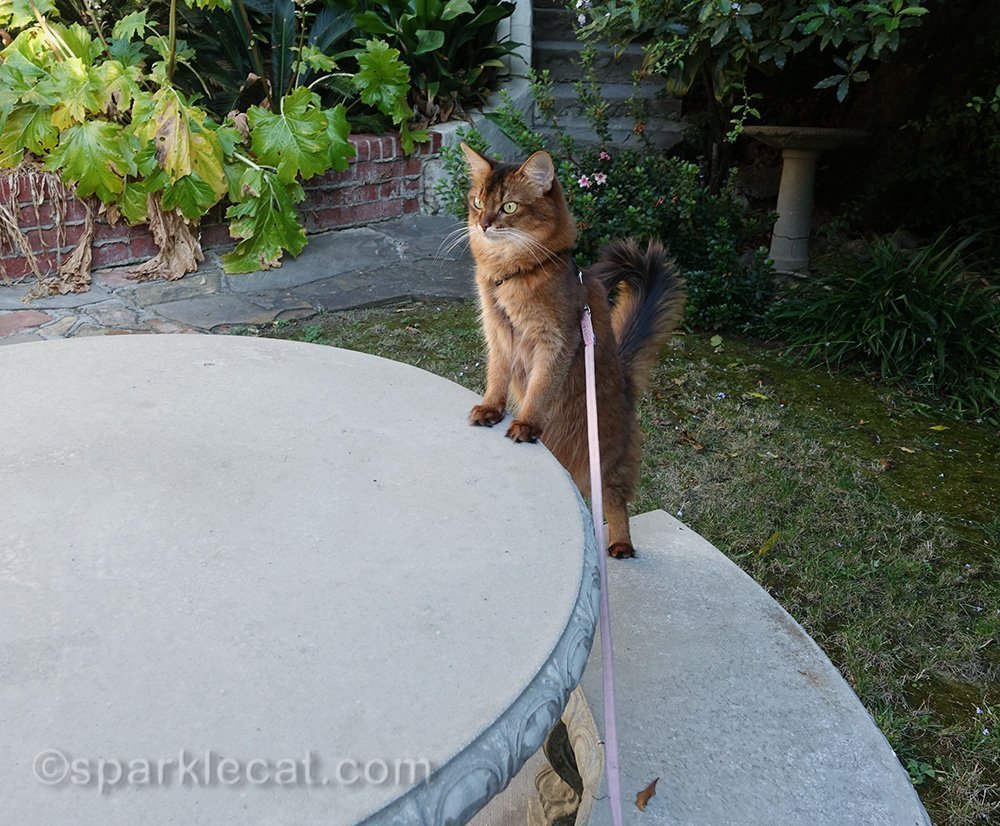 I spent most of my time out front, but I only stopped at the concrete table really briefly. Have you seen Once Upon a Time… in Hollywood yet? There’s a table that is the exact same model in one scene at the Polanski house! You can seen it in scene where Roman Polanski comes out in his robe and sits at it. And that’s not the only connection I have with the movie. There’s a little girl that has a pretty significant scene in it with Leonardo DiCaprio — she’s a fan of mine! She met me at a cat show last year and spent lots of time with me! My human never saw the TV show she was in, but now she’s seen her in a movie. 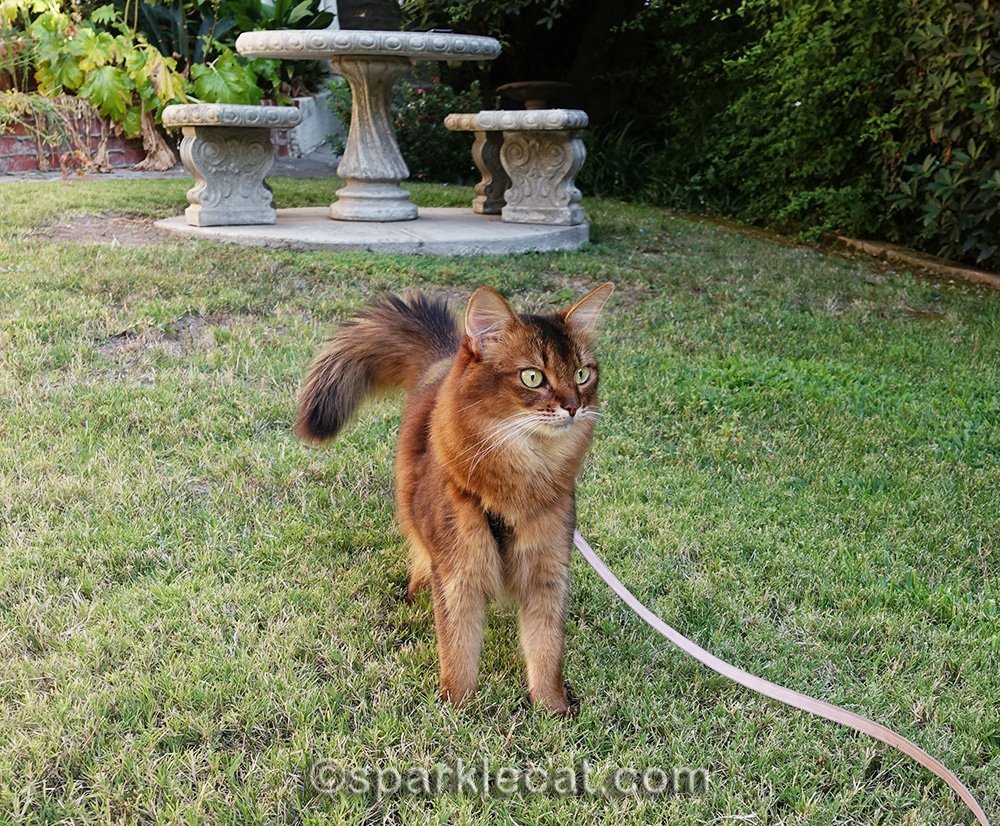 Anyhow, back to my stroll. I wandered through the front yard for a while. 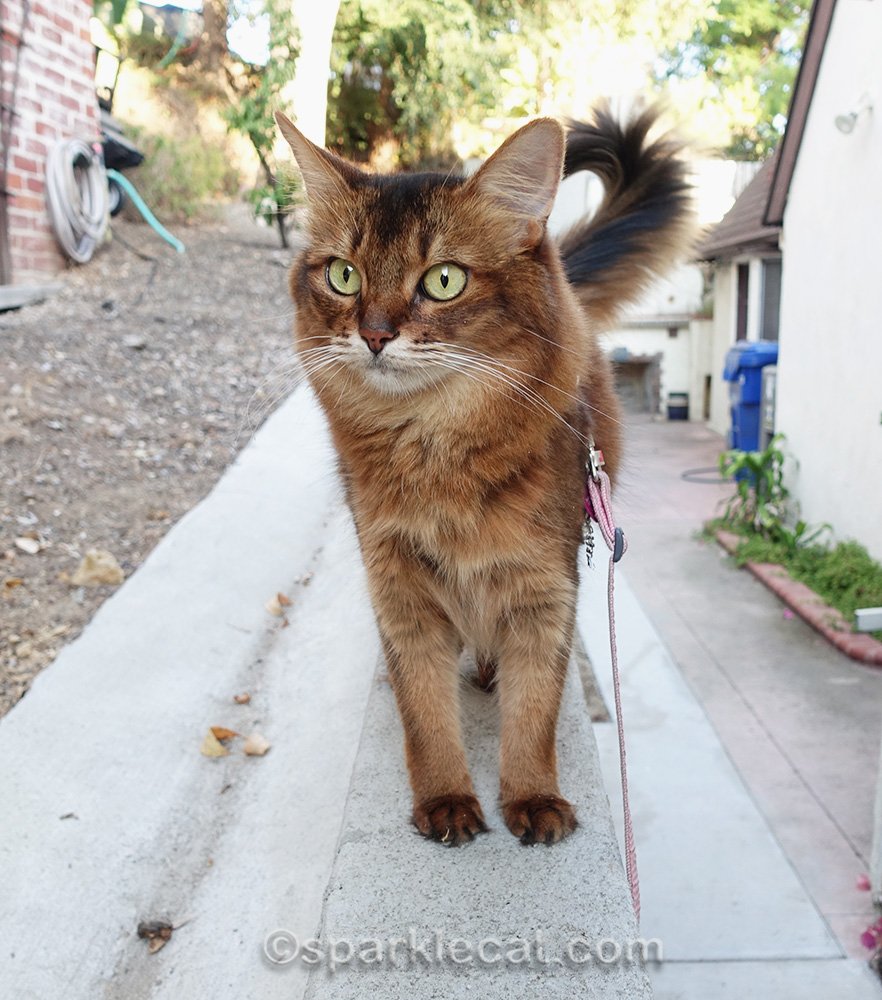 I also walked around the side for a little while. Maybe next time I’ll go out back. 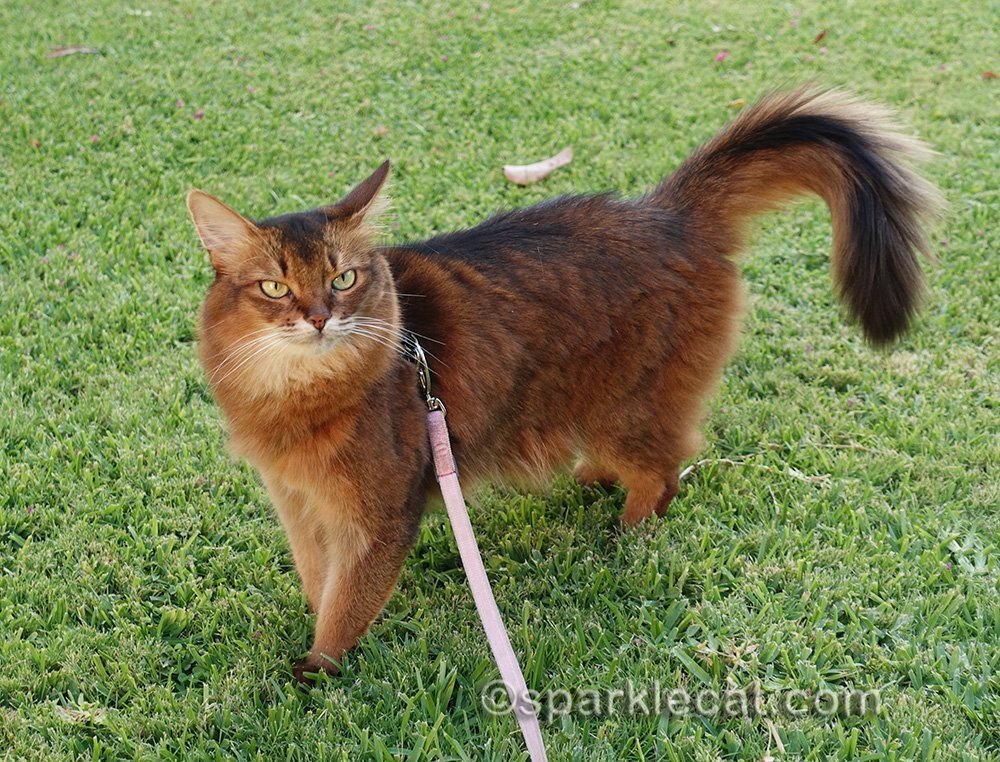 Eventually, I went back to the front yard, and my human told me it was time to go in for dinner. As you can see, I kind of wanted to stay out longer. 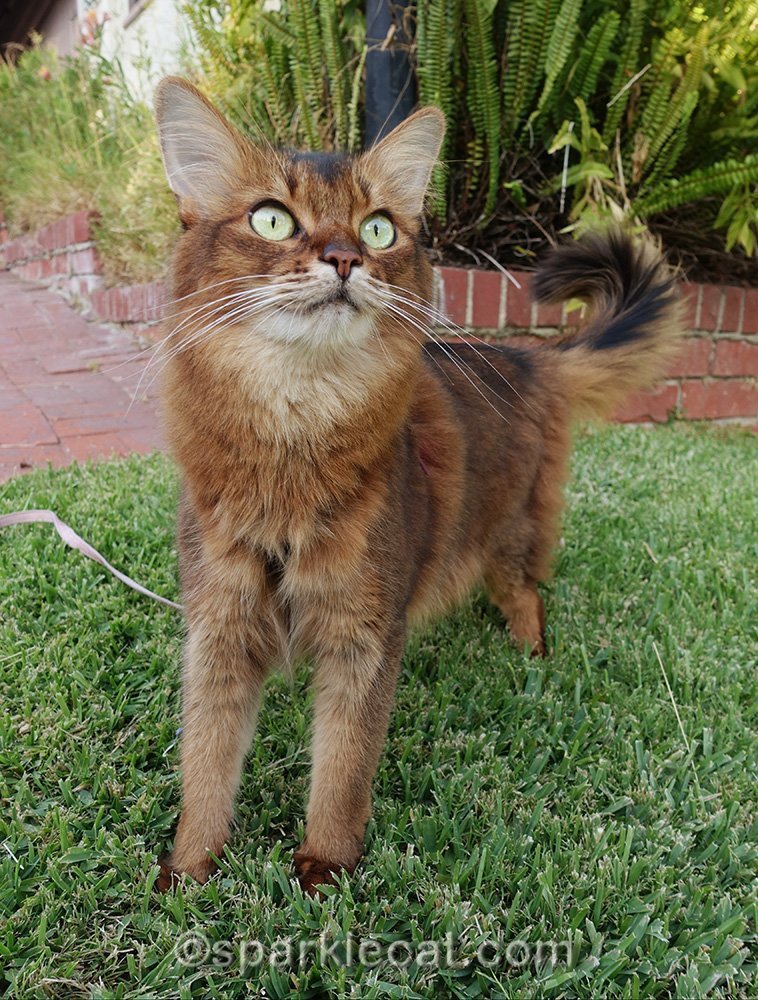 I was hungry, though, so I was still pretty glad to go back in. 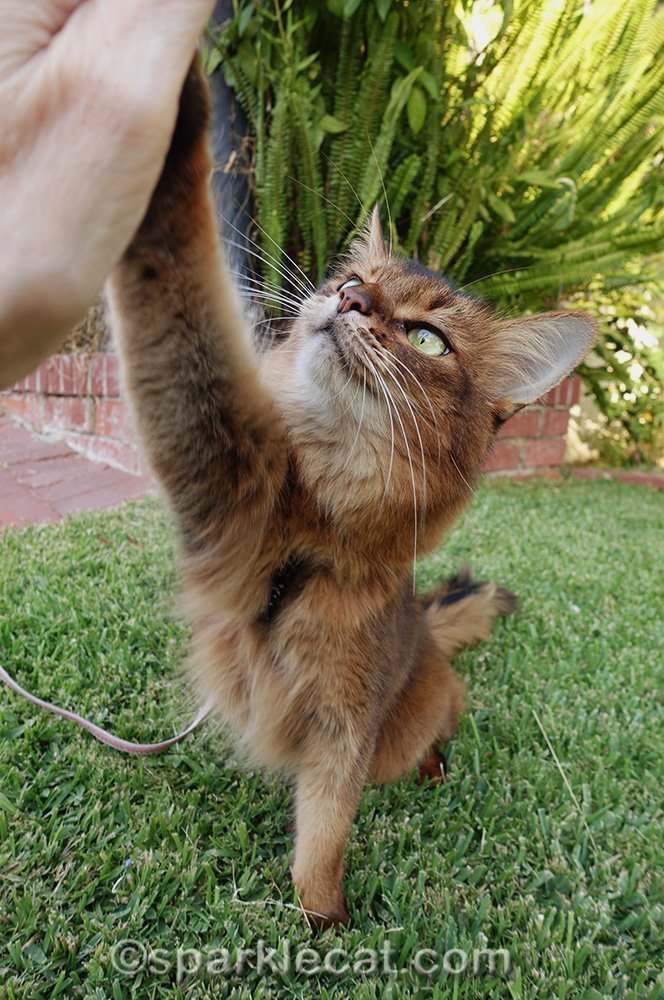 It was still a nice outing, and I think it deserves a high five! 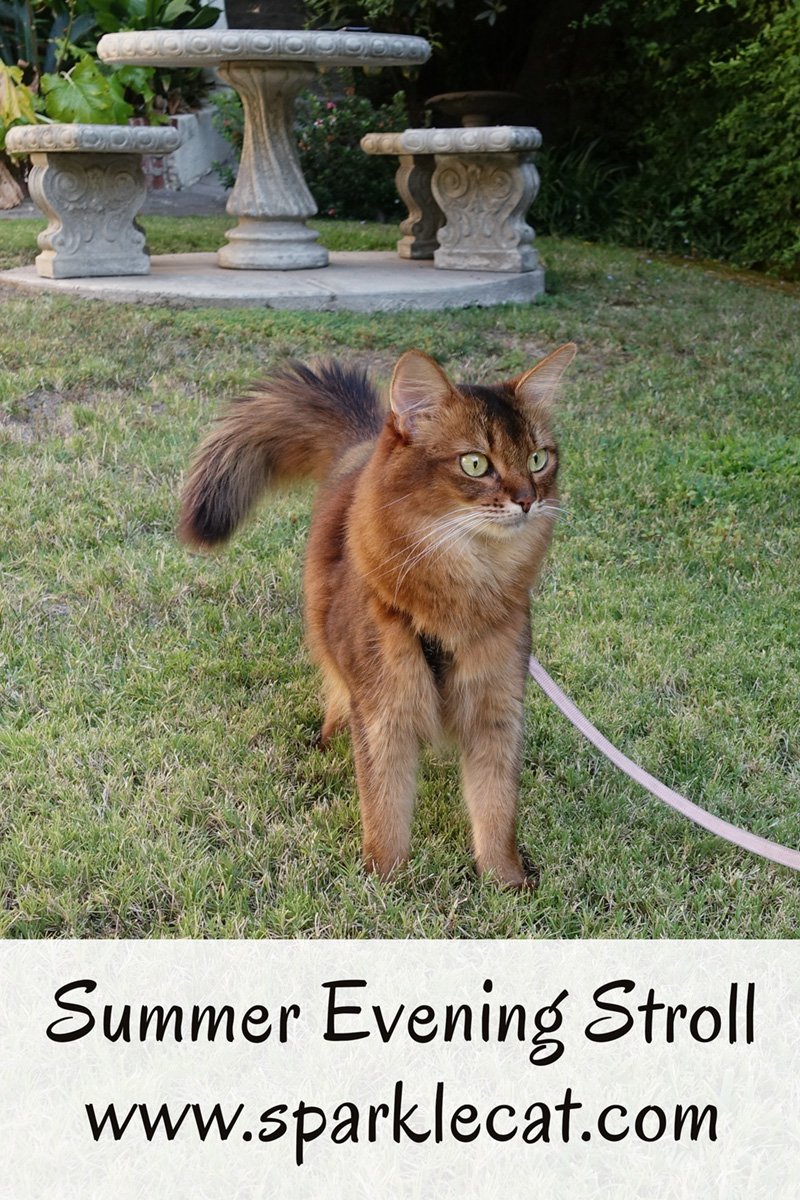