You are here: Home / Diary / Sometimes the Quiet Therapy Cat Visits are the Best 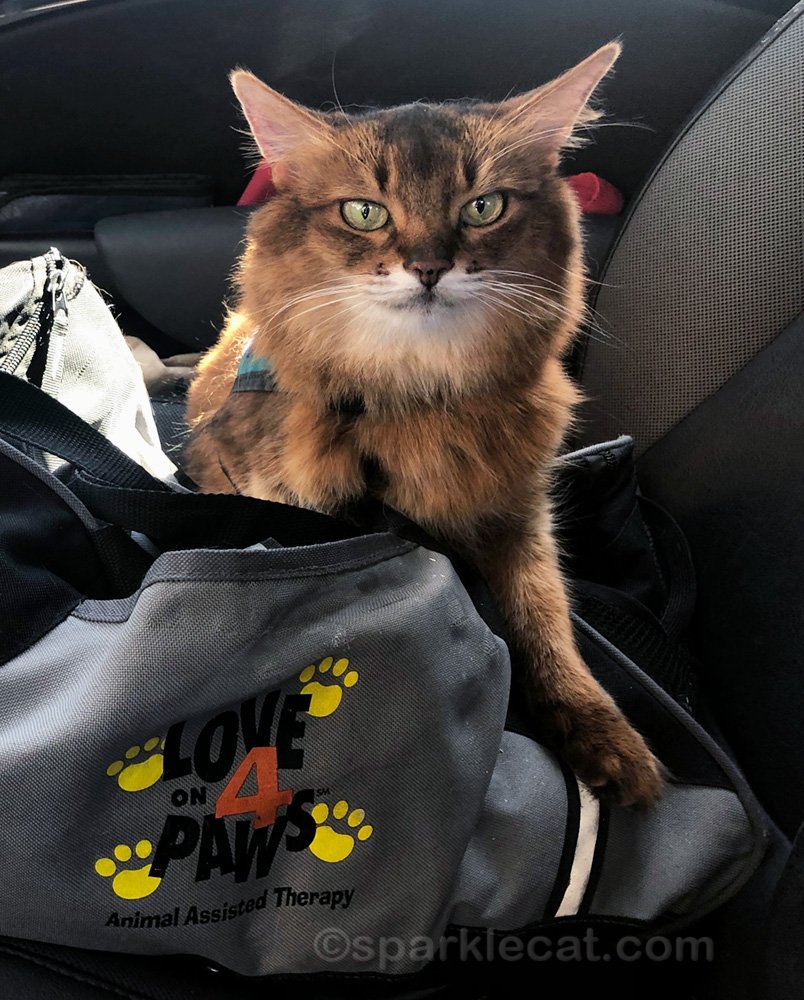 I visited a facility that was new to me this week. It’s an assisted living facility that’s run by the same group that has the houses we’ve been to before. This facility was different from the others because it’s on several floors, and we were in an activity room instead of a big TV room.

When we were brought to the activity room it was empty. So my human let me wander and explore on my leash while we waited for people to show up. There were a lot of cool things to check out, and my human thought it resembled a child’s playroom, with its art supplies, puzzles, and tambourines. It’s interesting how older people can enjoy the sort of things that younger adults forget were fun.

Finally one lady showed up. Eventually a couple of other ladies showed up, and my human took Polaroids of me posing with each one of them. They were all very nice. It was a quiet visit, which was good for a first time.

Unlike the residents at the other facility we’ve been to, these residents didn’t have a lot of supervision, or staff keeping an eye on them. The first lady who showed up seemed clear headed and my human was able to have a fairly deep conversation with her. She had an interesting story that I will repeat here.

She told us she prefers cats to dogs because she had a bad experience with a dog who attacked her as a very young child. It was a German shepherd, and the emotionally challenged neighbor boy who owned it sicced it on her. She was hurt badly enough to have to go to the emergency room.

This probably happened in the 1950s, and there was talk about putting down the dog. But instead the family of the injured child insisted that the dog go to a training school out in the country. Several years later, the lady, who was still a child at this point, went with her family to see the dog. And the dog was very sweet to her and licked her hand.

The dog stayed with the school’s trainer for the rest of his life. Our friend went to see the dog several times over the years after the first visit. Although she prefers cats, she told us the dog was “the first animal I ever loved.”

I hope you got something out the story. My human did. 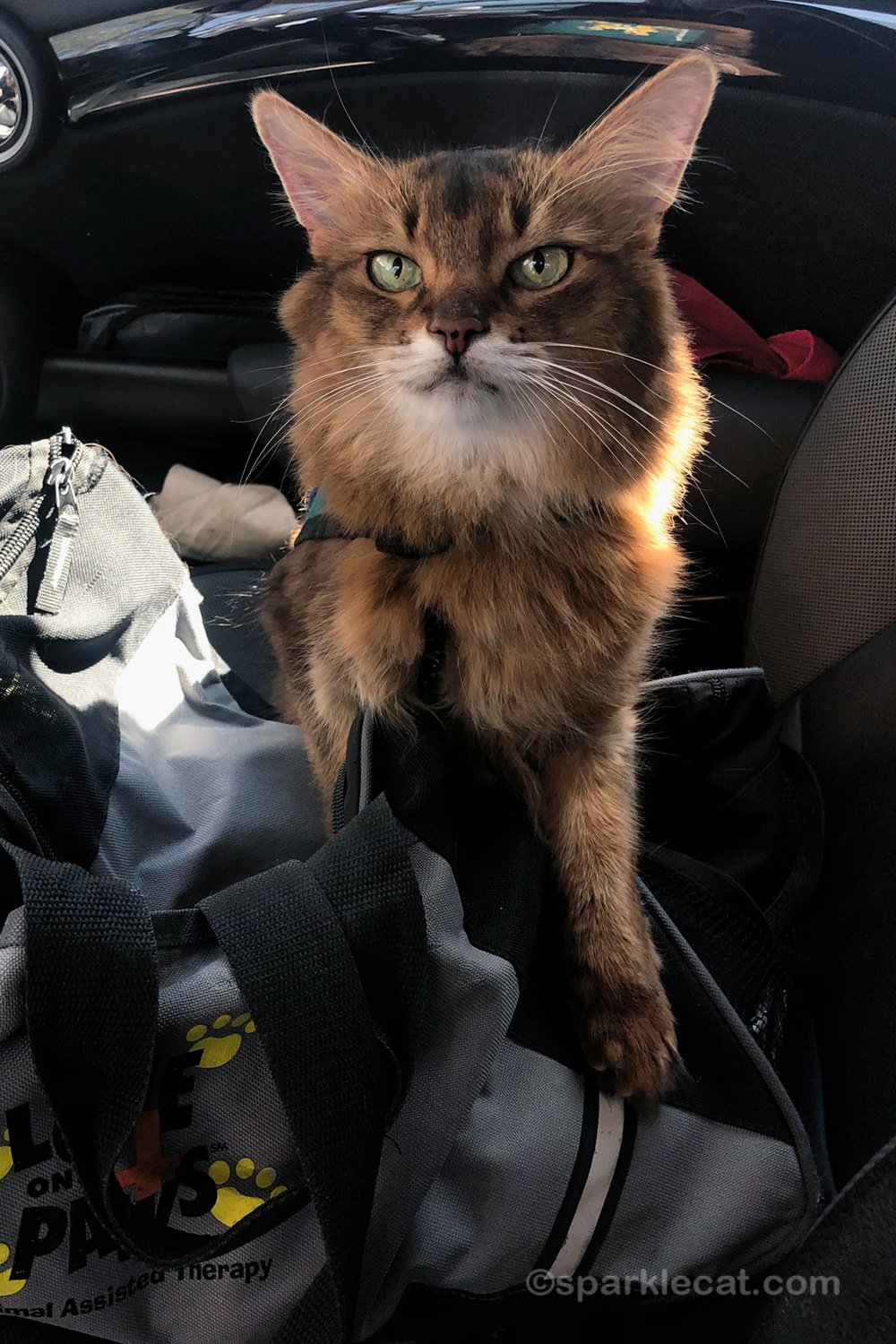