You probably don’t notice anything different, but my blog got moved to a different hosting company yesterday. Plus there were updates and changes. So my human has been trying to get things tweaked to where she is comfortable with them again. Which means the blog post I was going to have for today had to be postponed since I’ve had to wait for all this other stuff to get done. So what better thing to do on a day like this than post some random silly outtakes instead? So here you go. 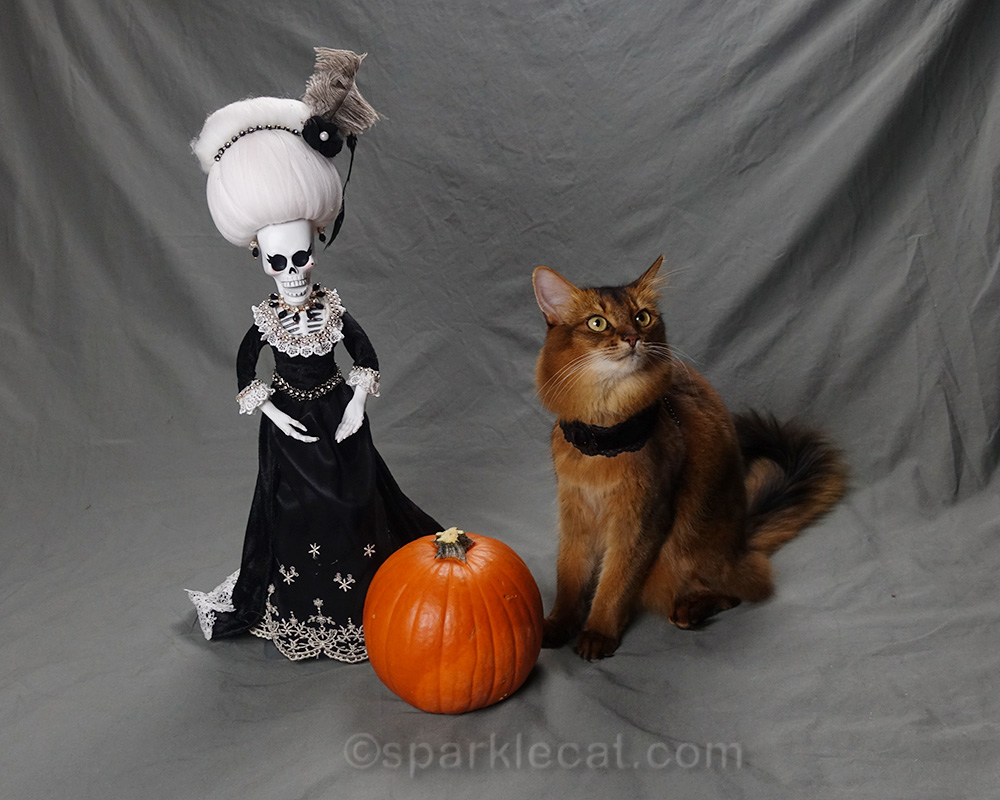 I’ve actually accumulated enough over the past several photo shoots to make it work. There are even some surprises. Like above — I bet you didn’t know that the pumpkin made its way to the shoot with La Suegra, did you? She seems rather pleased with it, like maybe she wants to carve her face into it or something. Me? I couldn’t have cared less about it. 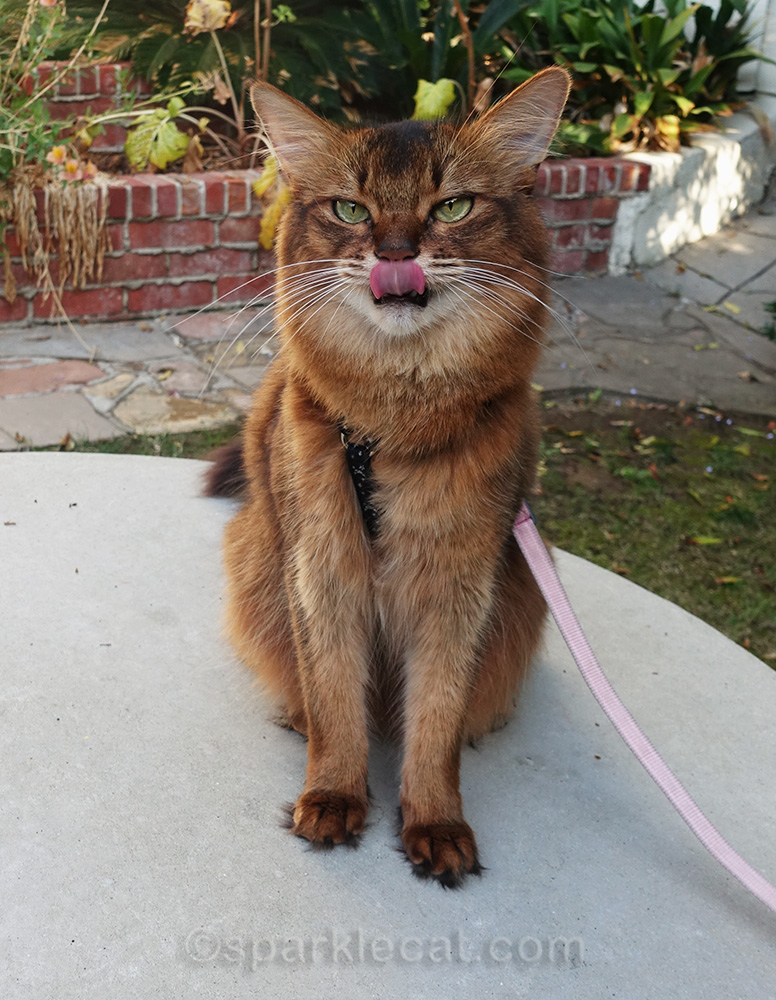 This is just another classic tongue-out shot. I’ve got a million of them! 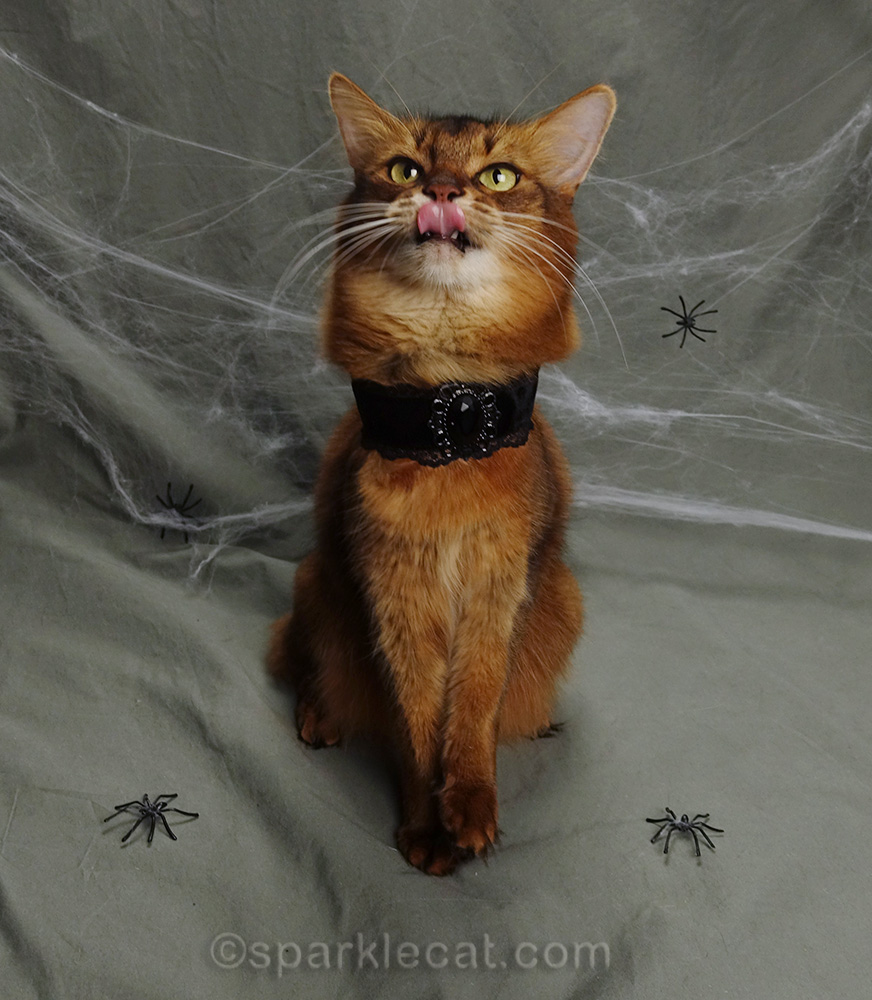 In this tongue-out shot, I look like I may have eaten one of those spiders decorating the set. 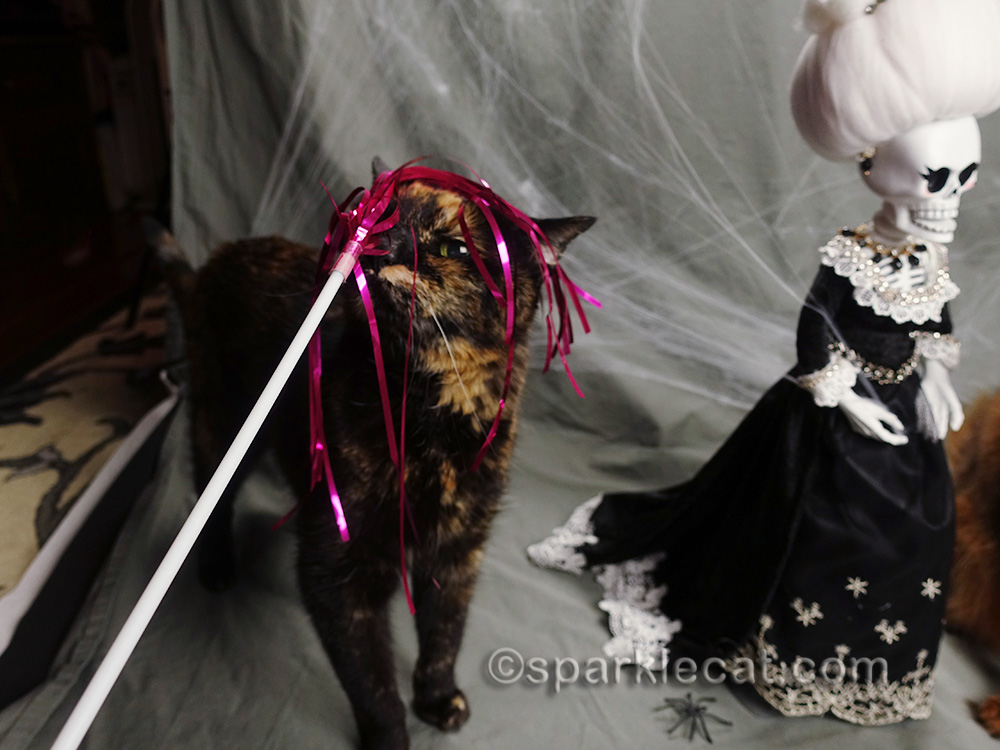 Binga invaded the set just when my human was trying to get my attention with a cat toy. That’s how this shot happened. She could have had better timing for her photo bomb. 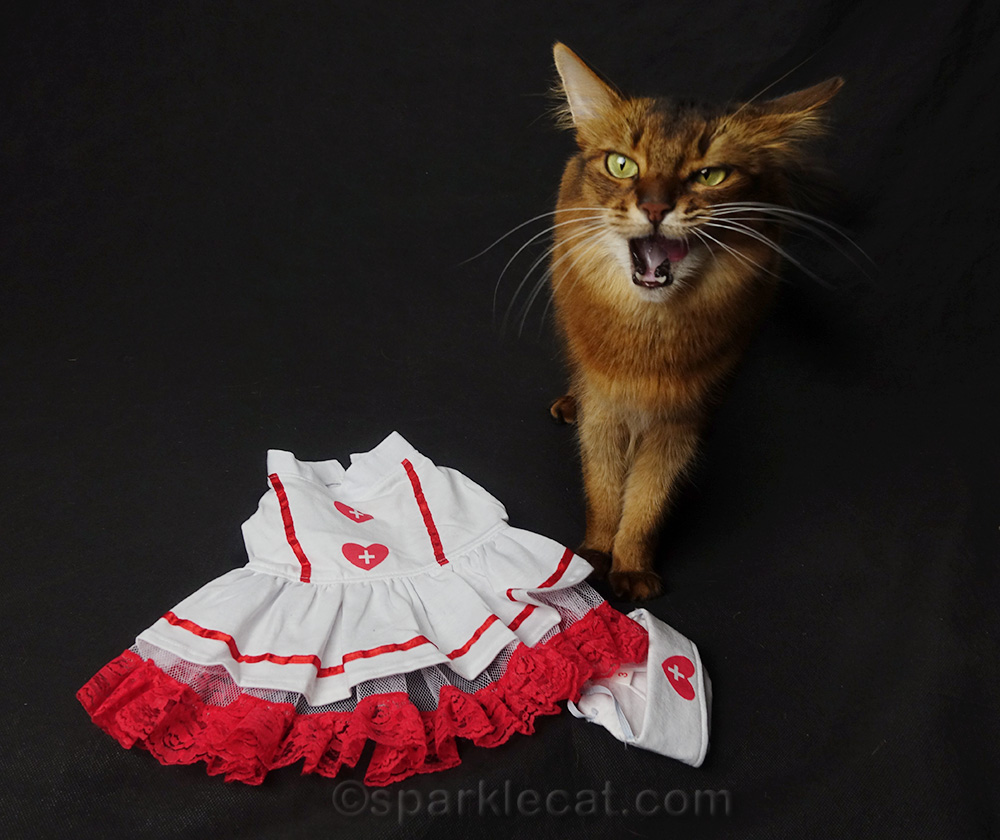 My human really embarrasses me with the faces she catches me making sometimes! I have no idea what I was doing here. 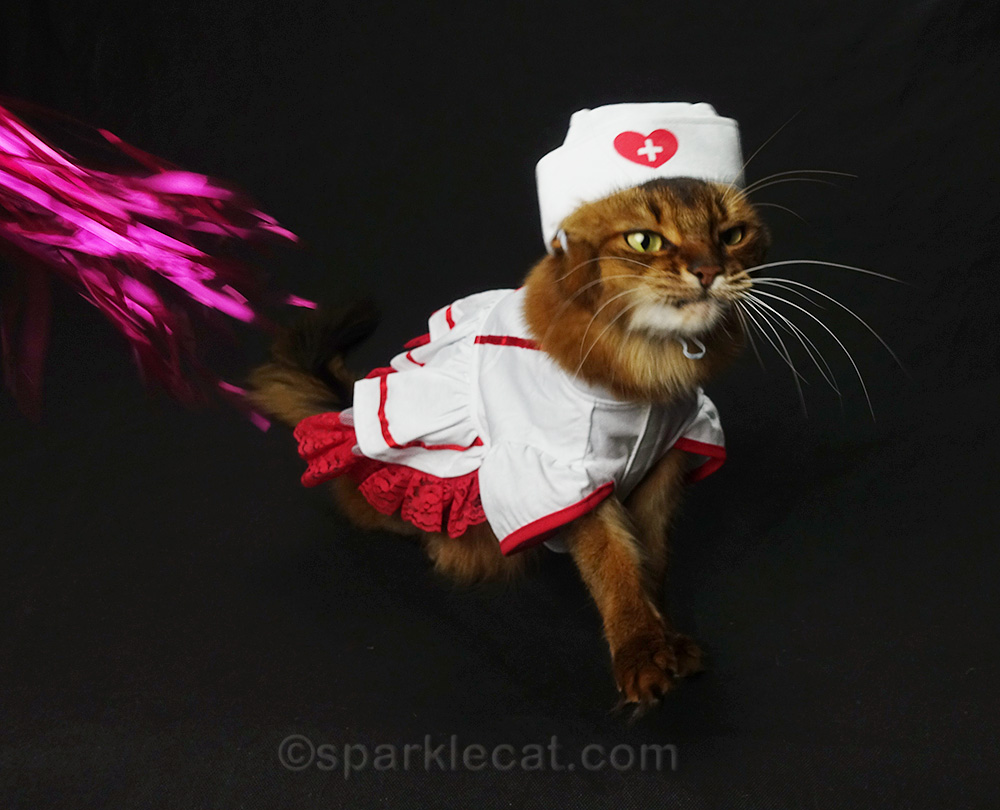 Here’s another weird face my human unfortunately captured! I was trying to catch that stupid toy. (In case you are wondering, there were no real outtakes from yesterday’s pirate photo shoot — I looked pretty good in all of the photos.)

I hope you enjoyed these! I imagine things will be back to normal by the time you read this.