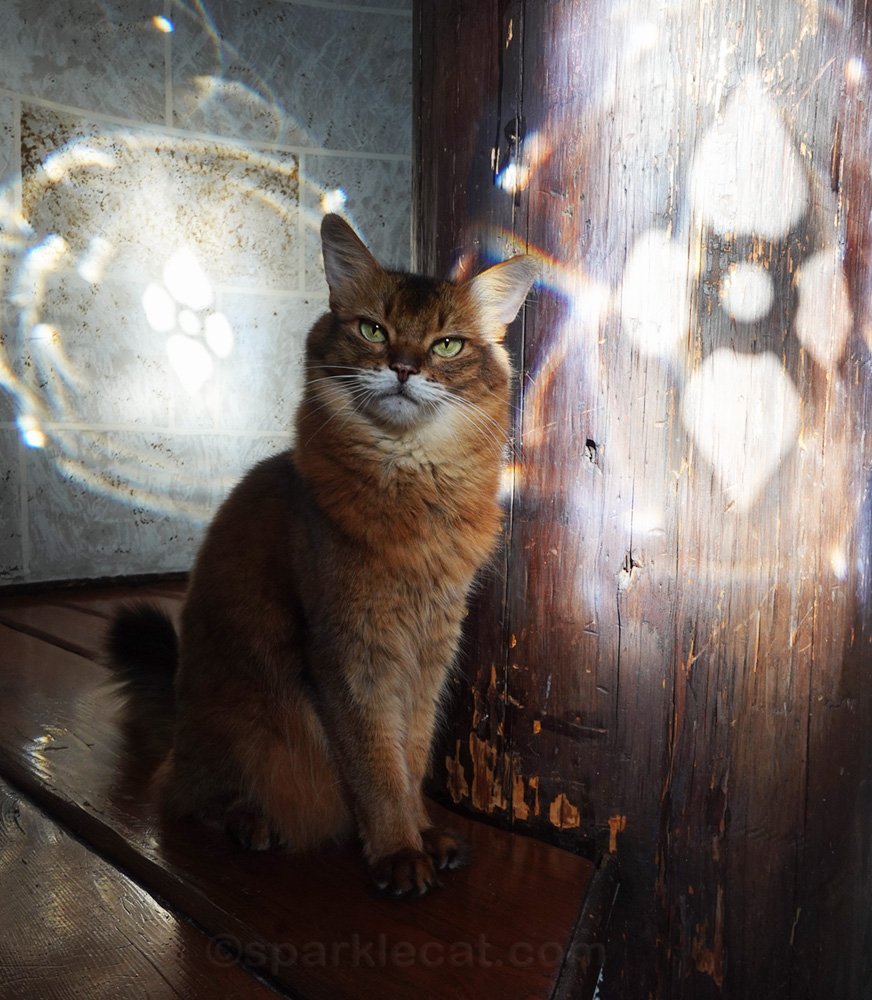 Over the past few days, my human has taken some exceptionally nice photos that just don’t fit into any blog posts. So I thought I would share a few of them with you today. 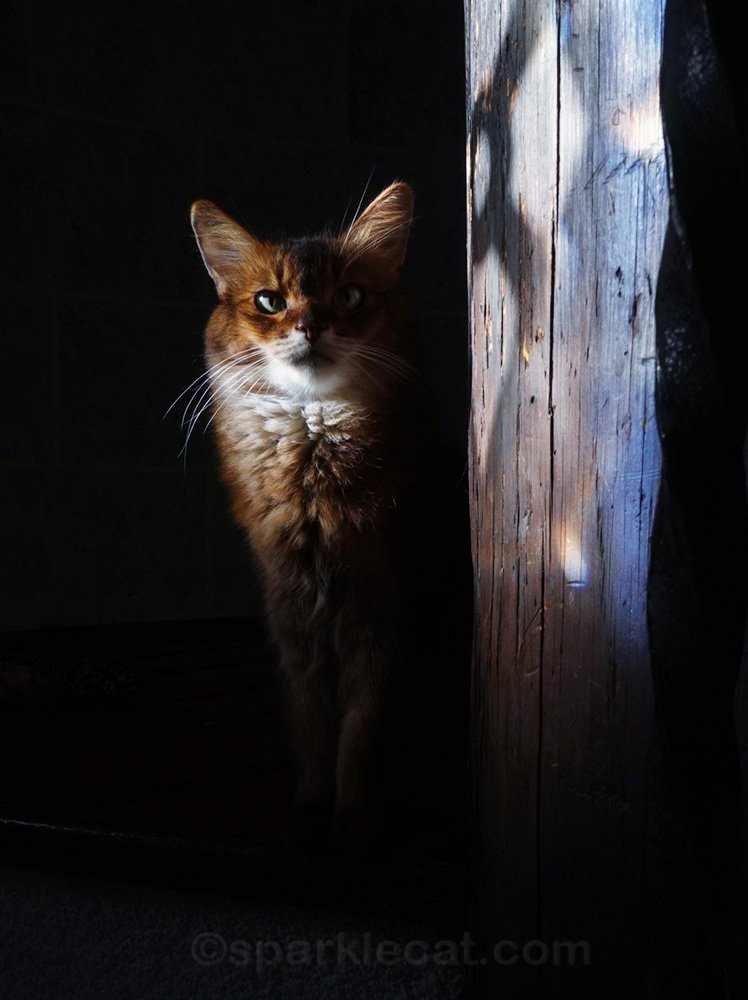 These two end-of-season turret shots are what happens with minimal or no added light. In the first shot, my human used just a bit of extra light to keep me bright while keeping the patterns from the leaded windows. The second shot was with just window light and exposed for my face so that the rest of the photo went dark. 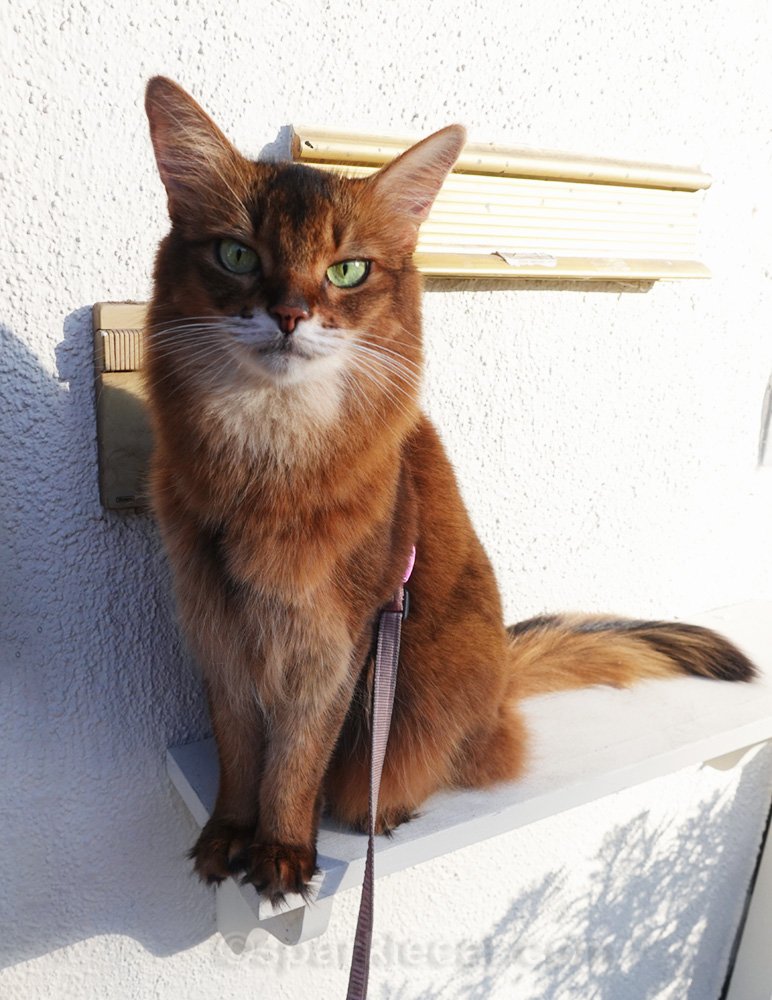 She also played around a bit with the light when I was out front earlier this week. She placed me on the shelf right by our mail slot in the bright late day sun. 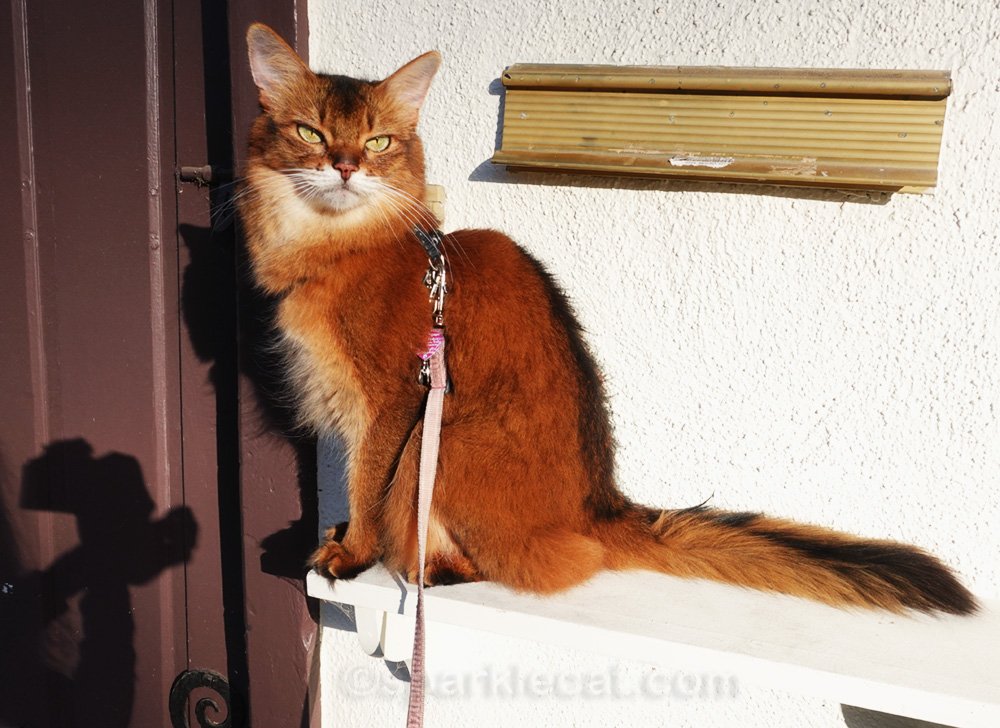 There are two cool things about this photo. First, my fur looks like it is on fire! Second, you can see my human’s shadow while she was taking the photo. She actually positioned herself to stay out of the photo for some shots, but wound up liking her shadow in the corner. 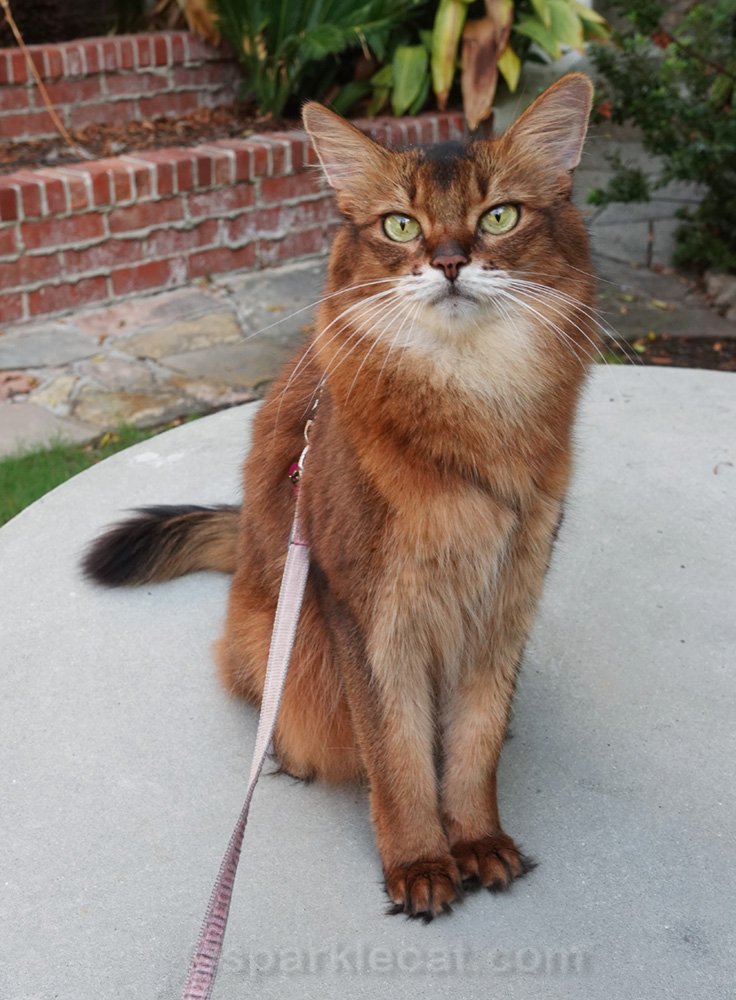 This is just a nice photo of me sitting on the concrete table before going inside. 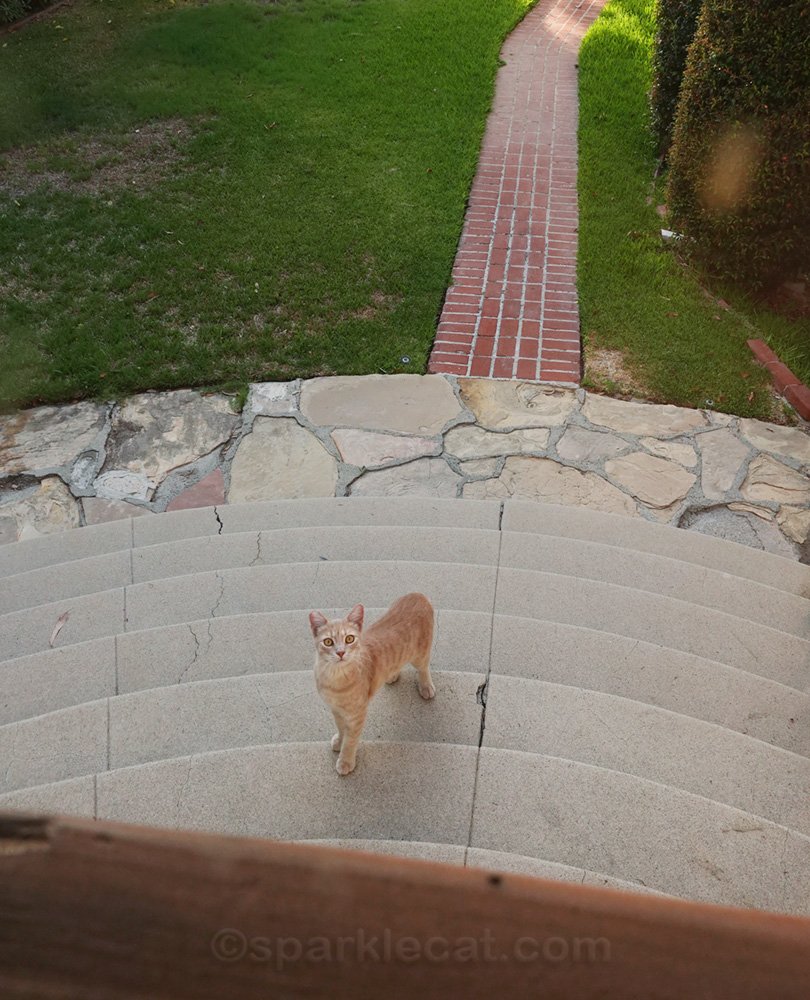 Oh, I had a gentleman caller. But my human told him I was busy and to try later. 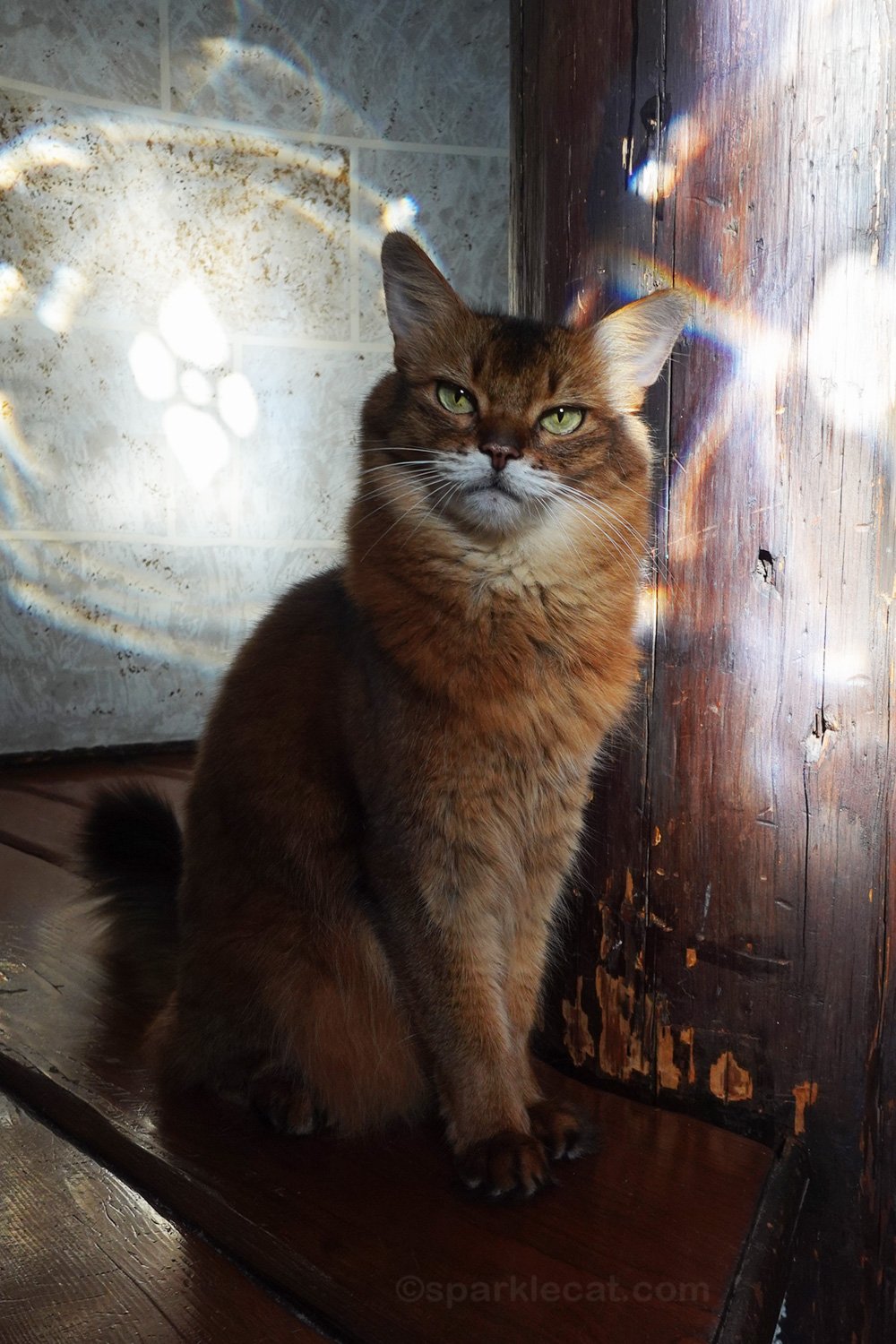