You are here: Home / Diary / Quick Cat Show Wrap Up 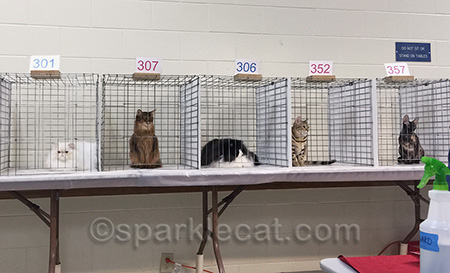 As some of you who visit my Facebook page or Instagram profile know, I competed in a cat show this weekend! It was as tough as last time. Do you see that bicolored Persian to the right of me? He is the the number one cat in my region in the Alter class of TICA. The number two cat was there too! (I also competed with the both of them at my last TICA show.) See the little Himalayan on the left? He’s new and the judges are already falling in love with him and his amazing blue eyes! I was lucky to final in this ring, or in any of the others! 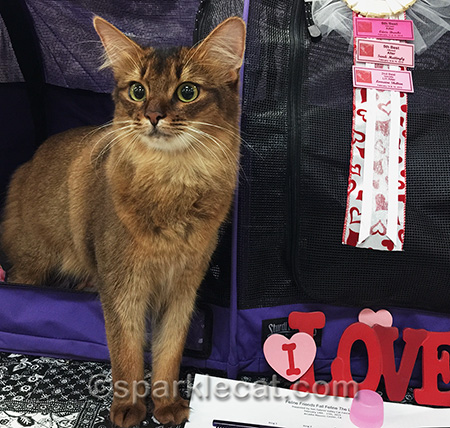 The first day, I managed to get into three out of five finals! This was really tough because there were not that many cats competing. You would think that with a small count, it would be easier, but it’s not. Since there were only 16 or 17 cats competing in the Alter class, instead of 10 Best slots for finals, there were only five. And when there are so few cats, you know the ones who are showing up are top notch and really trying to gain points! But the first day, I earned enough points to push me up to Grand Alter status (similar to Grand Premier in CFA). 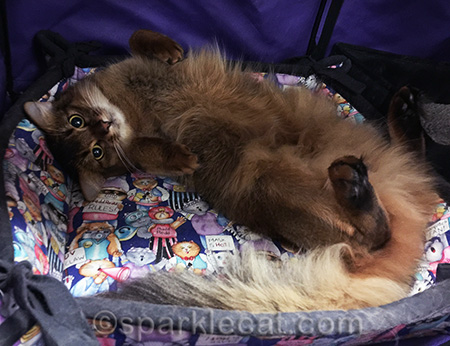 The second day, I made sure I got enough rest so I was fresh in the rings. 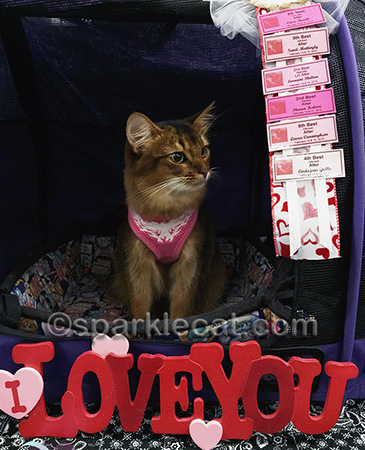 It must have worked because I made three more finals! I hear this may have been enough for me to qualify as a Double Grand, but I’ll believe that when I see the official count and the certificate! 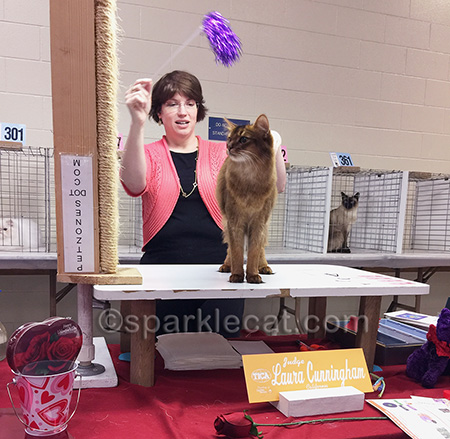 Here is one of the rings I finaled in — as you can see, the Himalayan finaled too! He really is an up and comer. This judge said really nice things about him… and me too. She said I looked like I should be wearing a tiara! 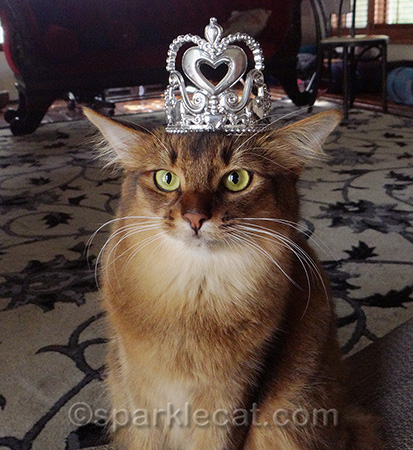 So when we got home, my human dug out a tiara for me to try on. I think I need practice wearing it.