You are here: Home / Diary / Putting the Meow in Barkworld 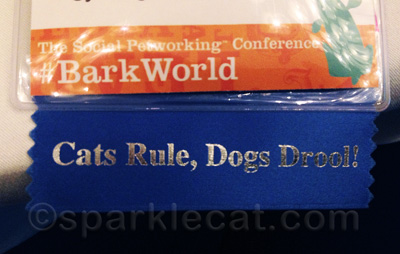 Even though I worked hard to win my human a trip to BarkWorld in Atlanta, GA, I did have my doubts. After all, its name clearly shows that the conference started off as a dog-centric event. But I heard rumors that they were thinking up ways to make it more cat blogger friendly, and I was not disappointed! It all begin when my human showed up at registration and they gave her this ribbon to stick to the bottom of her badge. 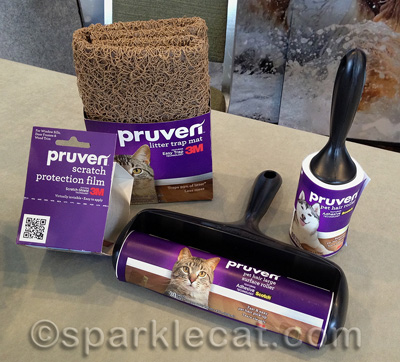 There were lots of exhibitors that catered to both cats and dogs, and the company that co-sponsored the contest, Pruven, had some cat-specific items. 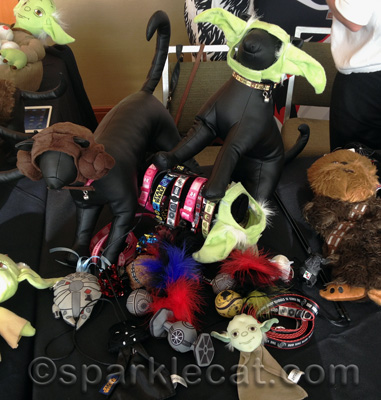 PetCo was showing off its new Star Wars line of toys and collars for cats and dogs. They aren’t supposed to hit the stores until September 1, but my human saw them in our local PetCo before she left. 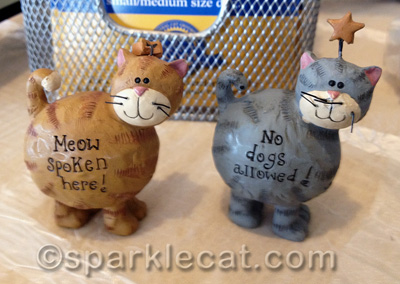 There was even a cat groomer there… in fact, it was the the president of the National Cat Groomers Association, Danelle German, who came with her kitty Petunia. 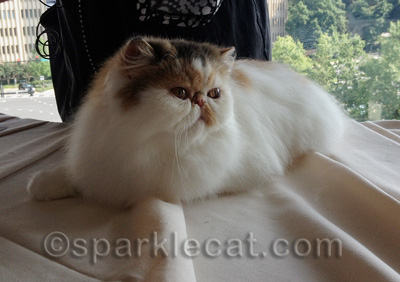 Petunia even agreed to a grooming demonstration. 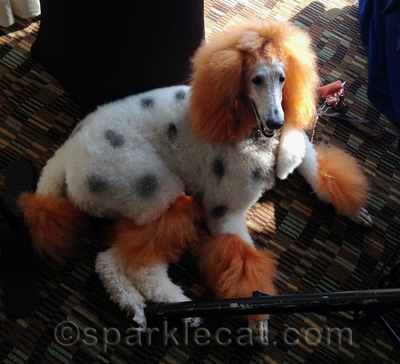 I am not even sure what to say about this dog. 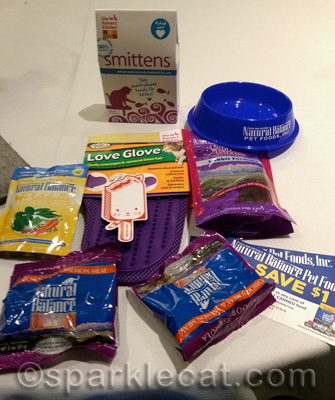 BarkWorld even set up a Meow breakfast for the humans of cat bloggers, and supplied feline-specific swag bags. There was also a later session only for cat and dog bloggers — no brands and no other types of attendees. It was a private session, so everyone there was sworn to secrecy, but I can say both sides discovered they pretty much had the same goal in common — to have awesome, attention-worthy blogs! 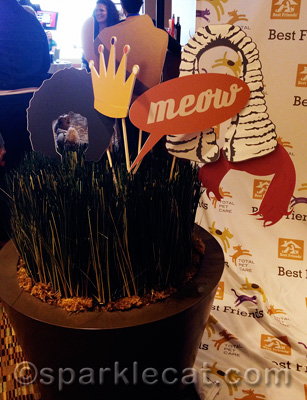 There was a brand block party after the first full day of sessions, and they even had kitty specific props. 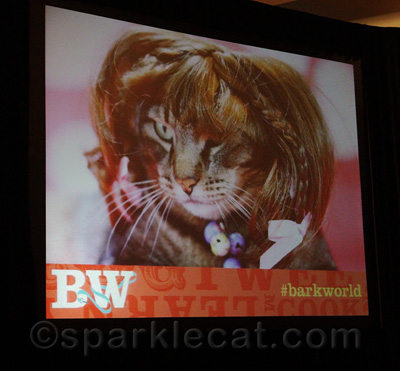 While my human attended all sorts of sessions about things like digital marketing, “round tables” on newsletters (she wants to make my newsletter even better!) and viral stories, and talked to several brands, she took the most notes during the cat agility training session held by Karen Nichols, the human mastermind behind Mousebreath. Karen’s cat Tripper, at 24 pounds, is the biggest agility cat around. In fact, she couldn’t bring him because he was too big to fit in the type of carrier required for airplane cabin travel. 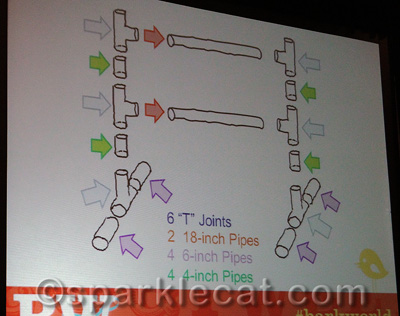 Karen gave detailed instructions on how to build inexpensive agility props. I have no idea when my human is going to actually sit down and make any of this; I’m just glad she does not expect me to learn any of it. You probably know who she had in mind. 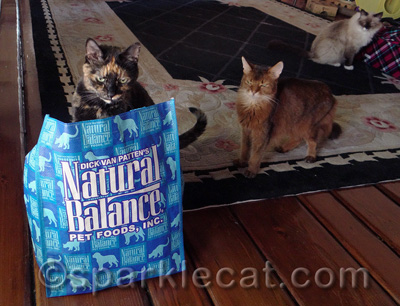 That’s right — the cat who embarrassed me and Boodie by trying to dig into the bag of swag the moment my human returned from BarkWorld! 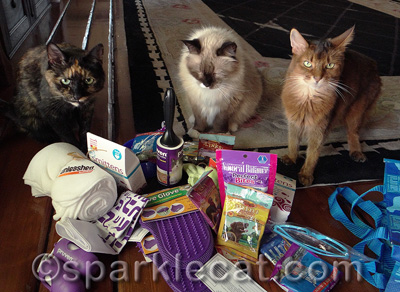 This is most, but not all of the swag my human brought home. We have a few things that aren’t in this photograph. One of them is going to be a small newsletter giveaway (so subscribe today — my newsletter goes out on Tuesday!). Some of it just didn’t make it into the photo. Will I be having a blog giveaway? Most likely! More to come. For now, I want to thank the BarkWorld humans for having a great conference, and for making sure we kitties got acknowledged!