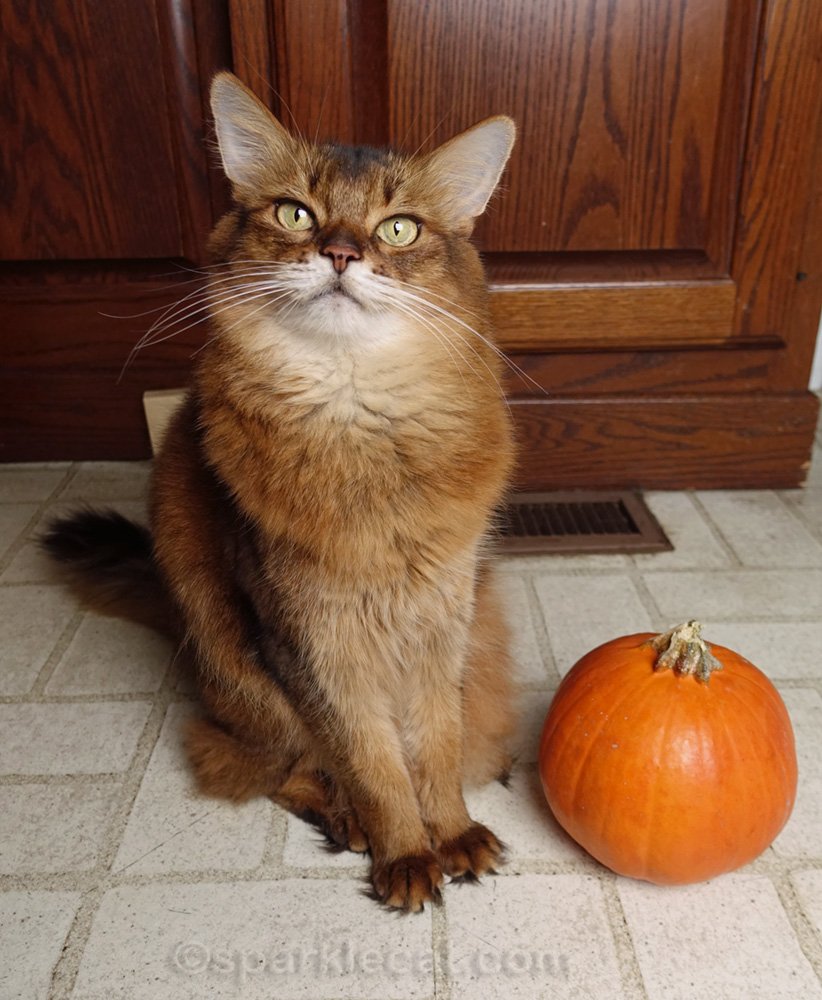 A friend of my human’s invited her to a pumpkin carving party. So of course the first thought she had was that I should do some poses the finished product. This is why I’m posing with this tiny thing. It’s the “before” photo. 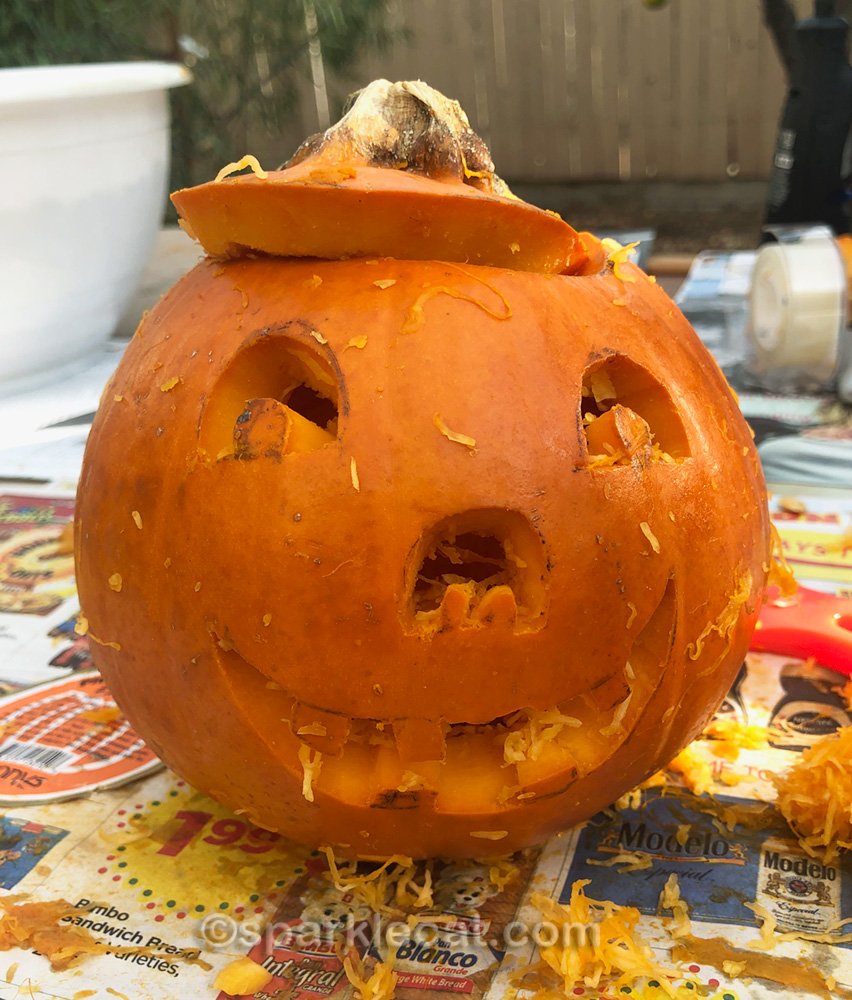 The thing is, she has probably never carved a pumpkin in her life! She bought some elaborate tool kit, but wound up using a friend’s drill to cut off the top. 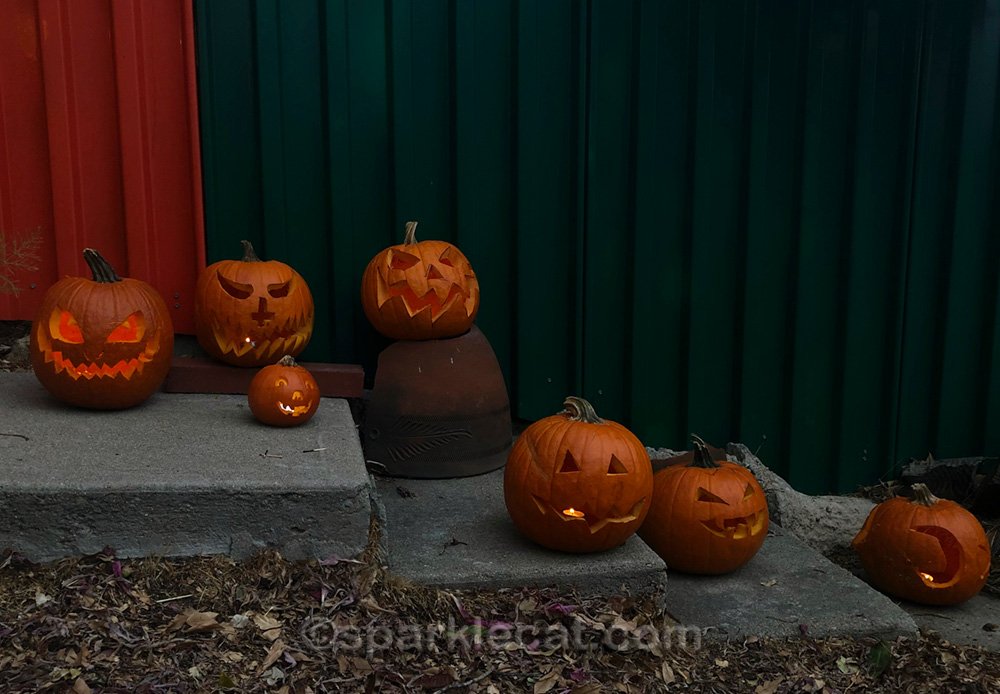 As you can see, everyone else carved normal sized pumpkins. Most of my human’s friends at this party were her heavy metal pals, which may explain why these Jack O’ Lanterns look so malevolent. Meanwhile, hers looks small and innocuous. 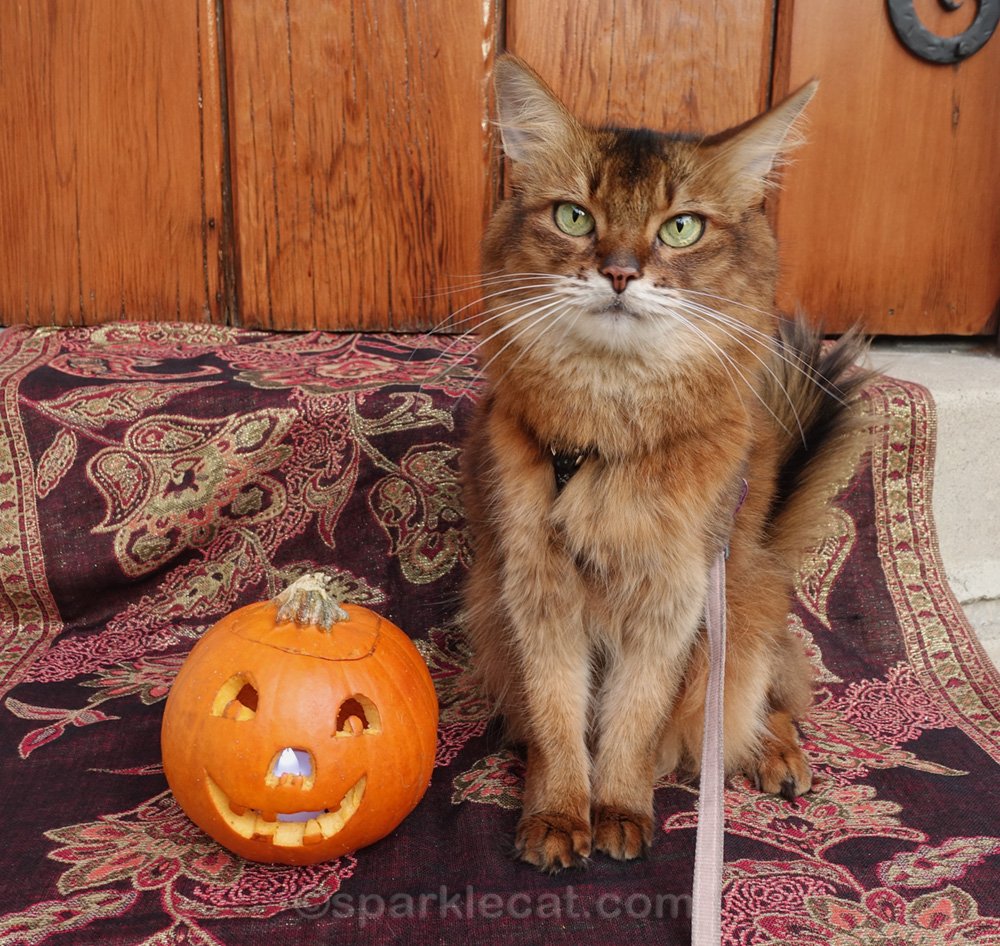 And here it is with me. And it still looks small and innocuous. 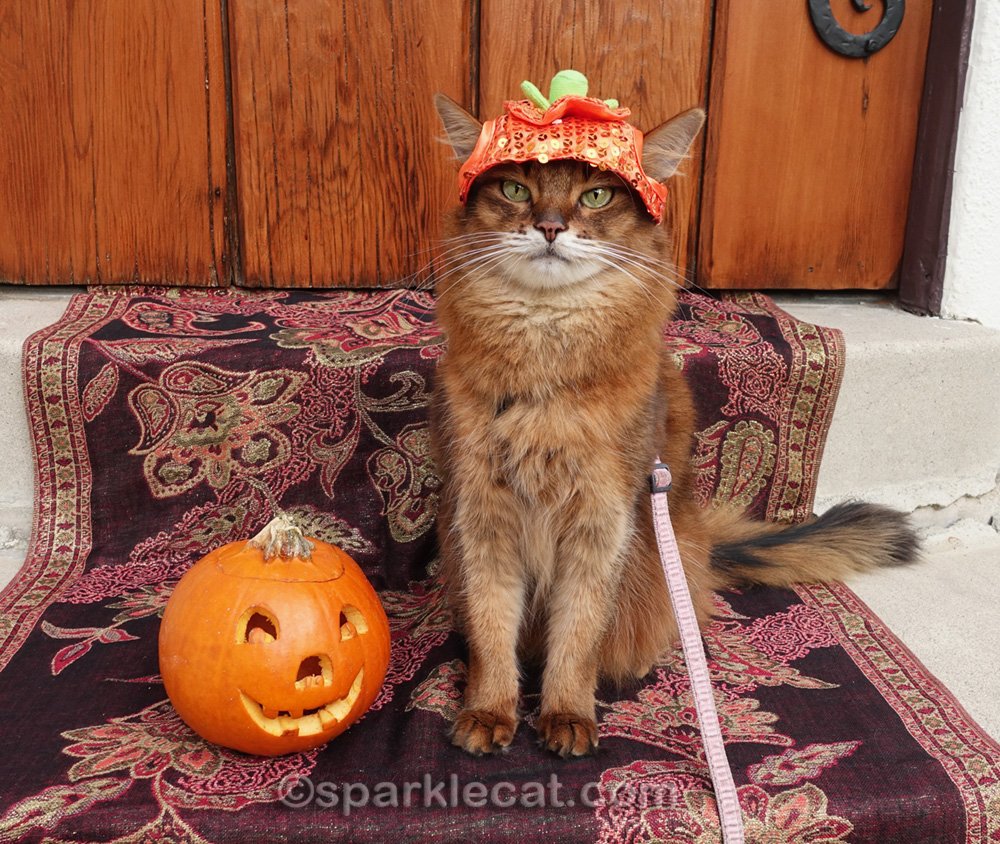 You didn’t think I was going to pose with this pumpkin without wearing anything, did you? We tried a few different looks. This pumpkin hat was the first. I think the logic (in my human’s mind) was that I was supposed to be “twinsies” with the pumpkin. 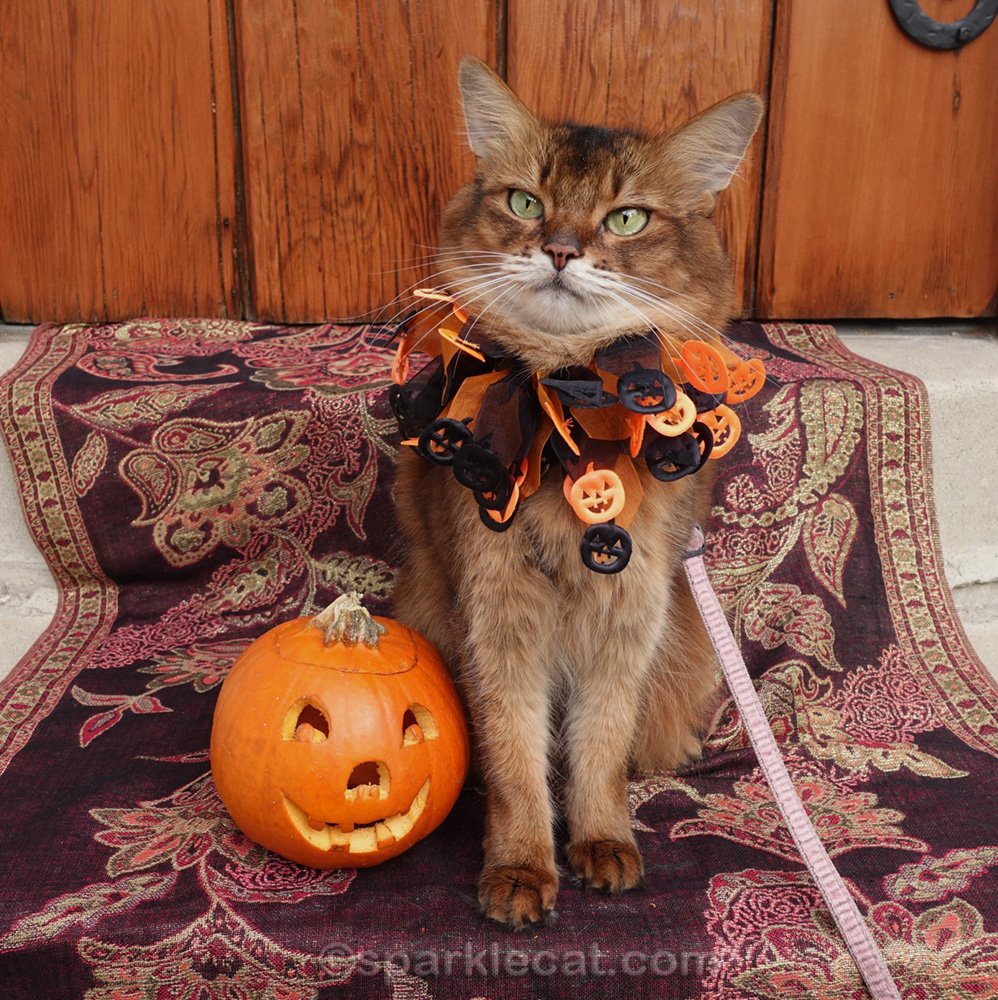 Continuing the pumpkin-cat theme, we tried the festive Halloween pumpkin collar next. This one’s always fun! 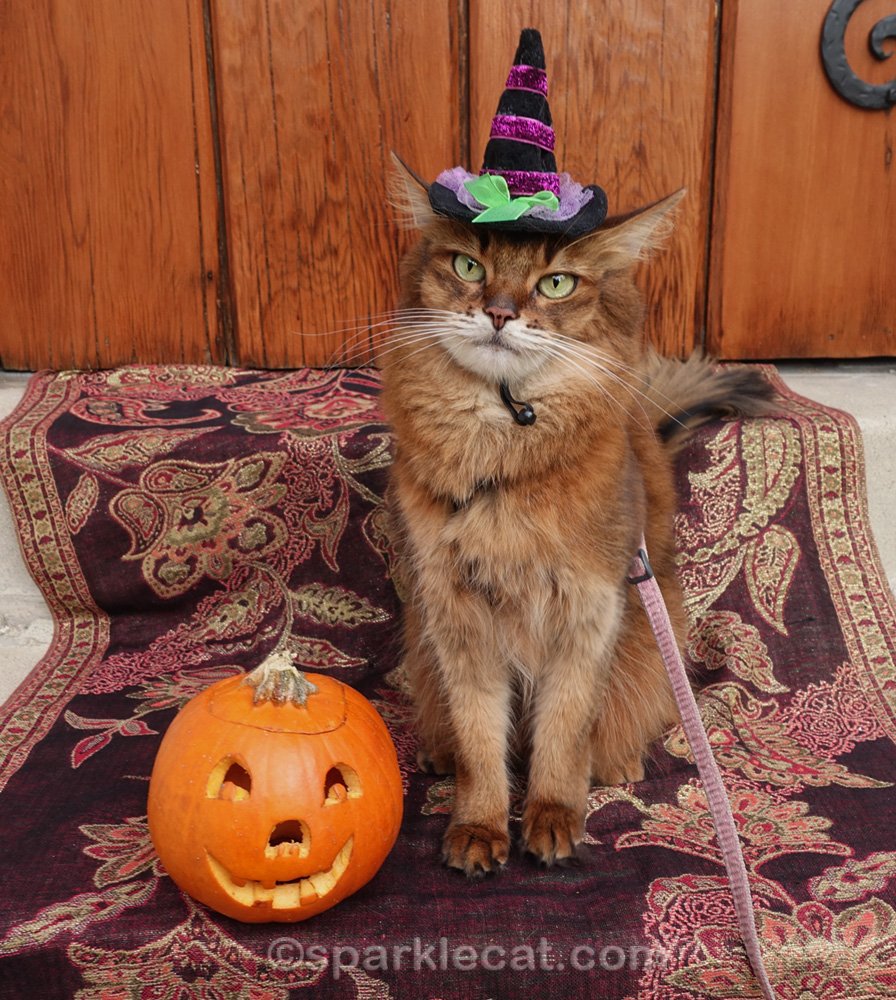 And of course, I couldn’t end my session without a witch’s hat! I wore this tiny one so that I didn’t overwhelm the tiny pumpkin. Or my tiny head.

So what did you think? Which look of mine went best with the pumpkin? Let me know in the comments. 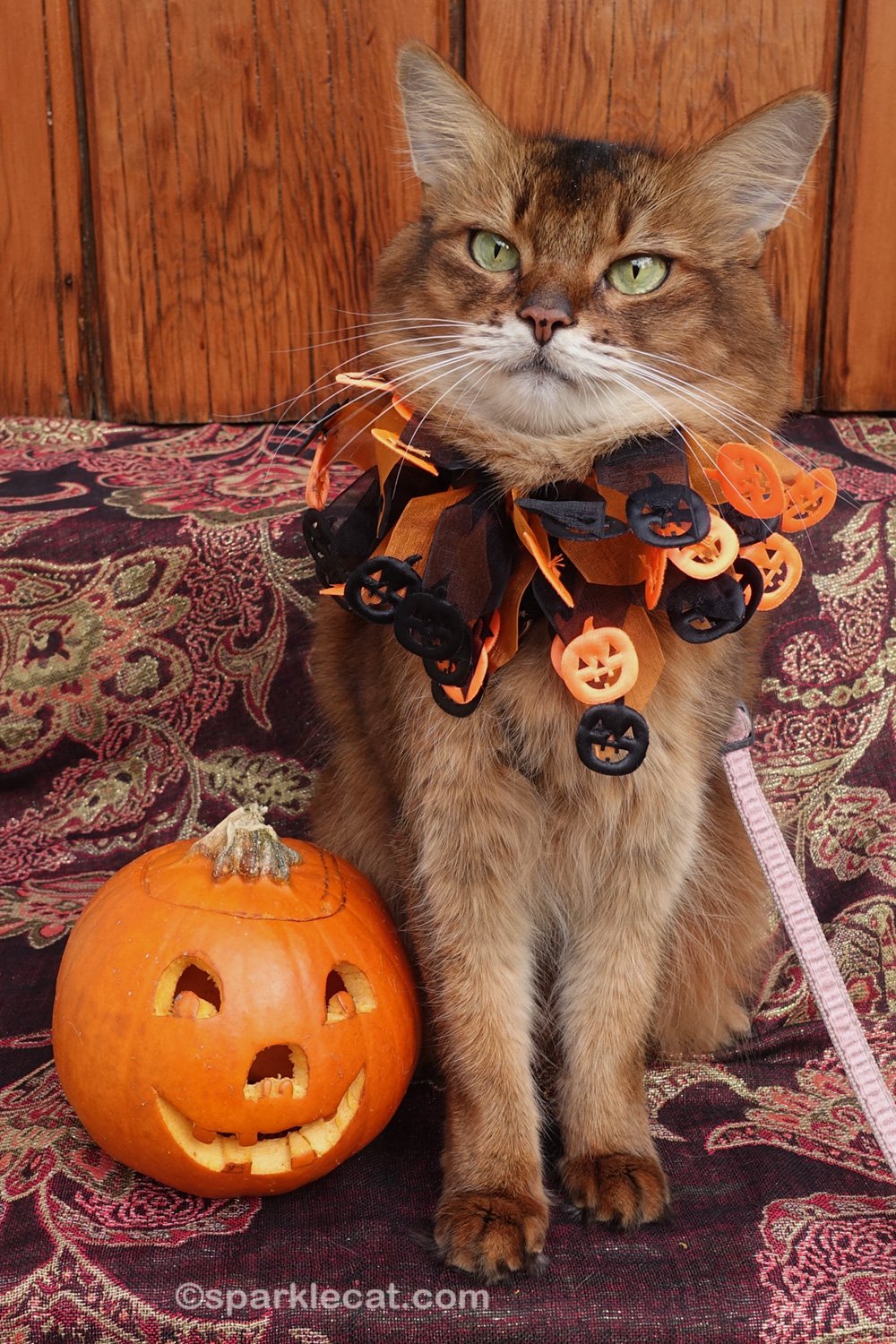