You are here: Home / Diary / Progress on My Concrete Table? 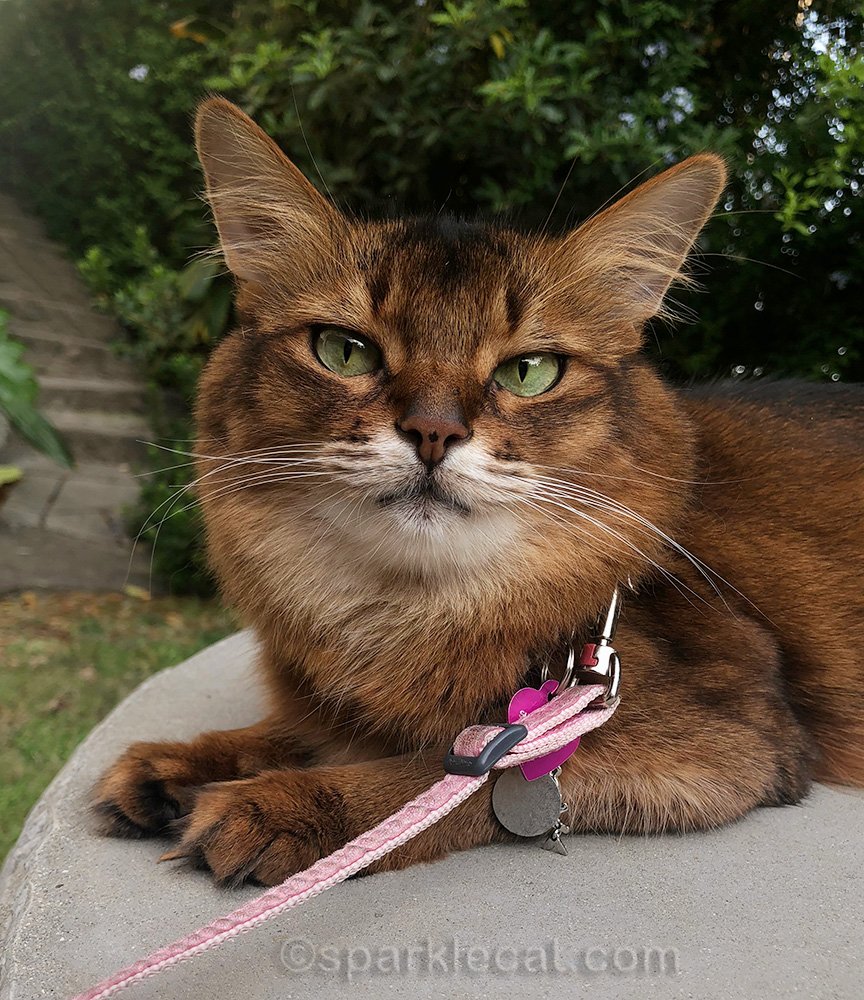 I know I haven’t reported on my concrete table for a while. So I thought you’d like an update. 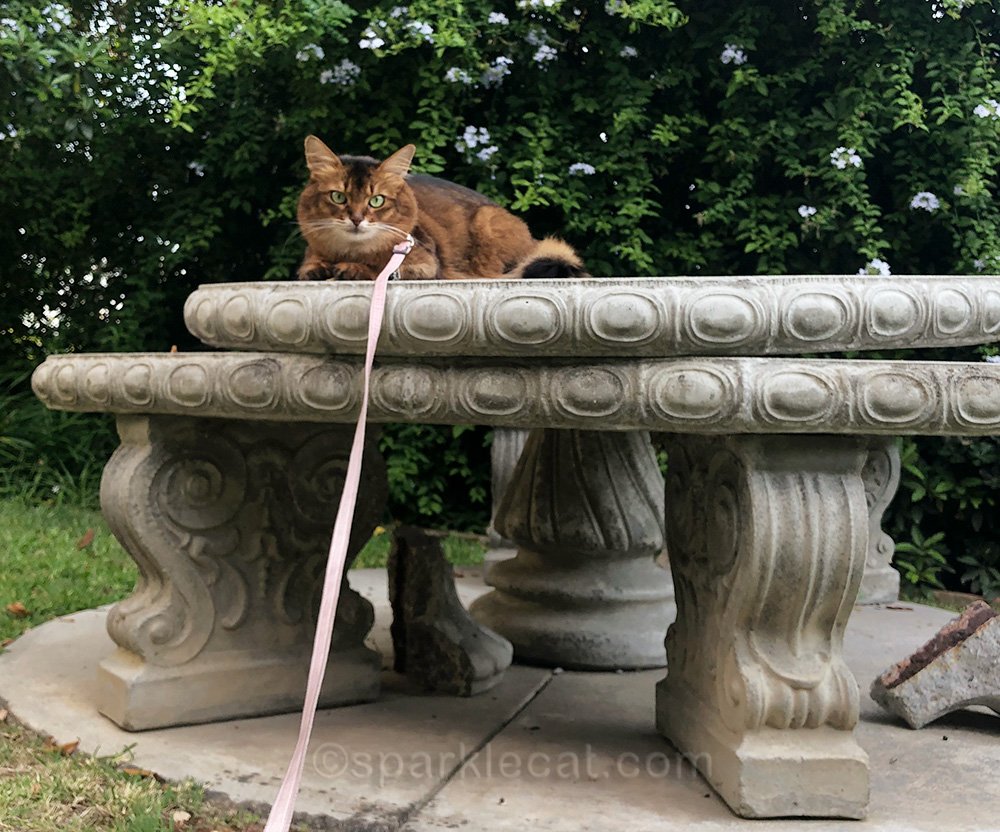 It’s still broken. My human found a place that had concrete tables like this one not far from here, and they have a base, among other things on order. They, and my human, have been waiting since around Memorial Day for it to arrive. 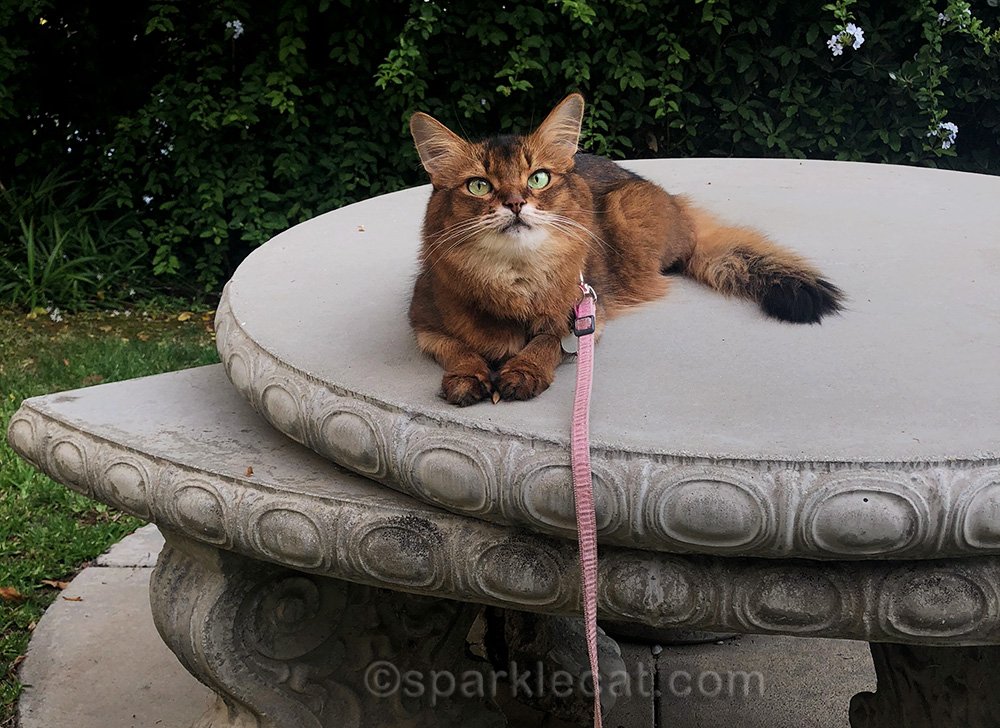 I don’t really care. Every time we go out front, I want to jump on it and hang out, like I always did when it wasn’t broken. 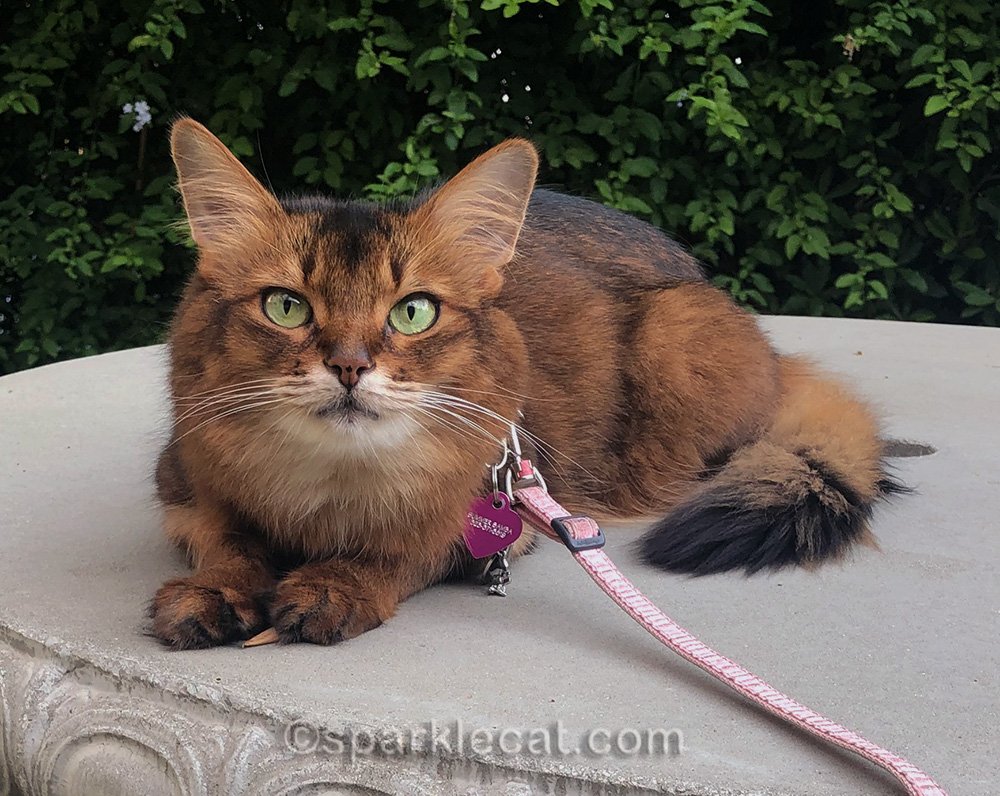 For some reason, my human wishes I wouldn’t do that. But I don’t see what the problem is. I mean, that top is too heavy for anyone to move, except for maybe two strong guys. Nothing is going to happen if a cat lies on it. 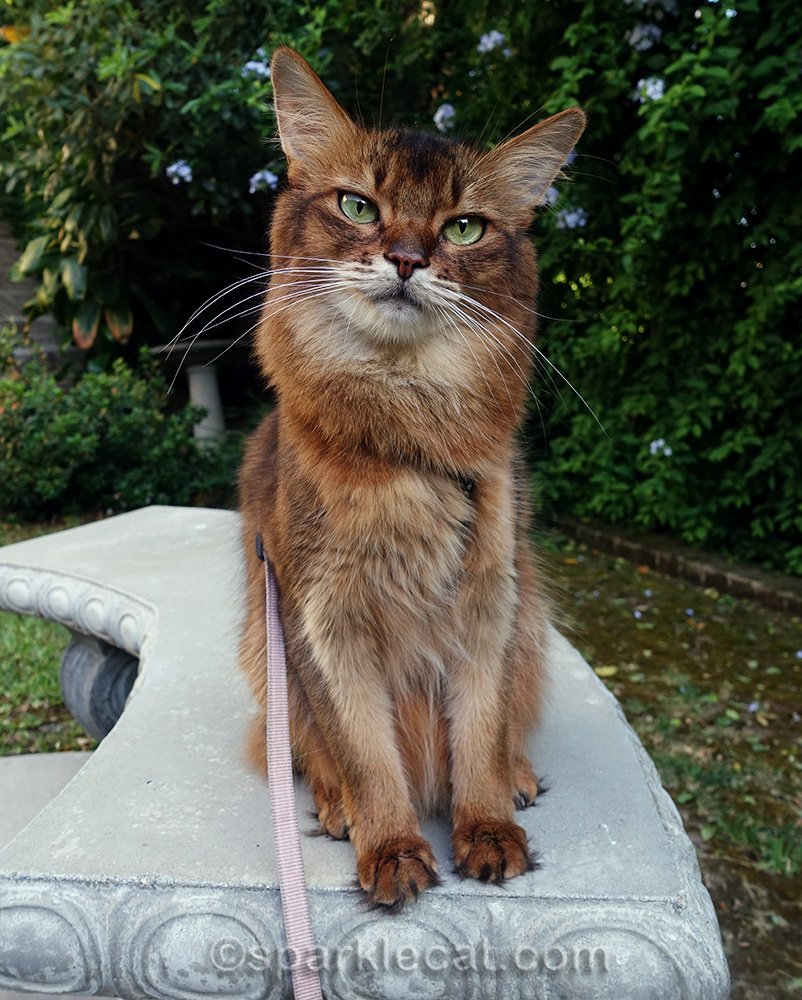 So the story is, it isn’t fixed yet, but it will be at some point. Other than the neighbors, you’ll be the first to know! 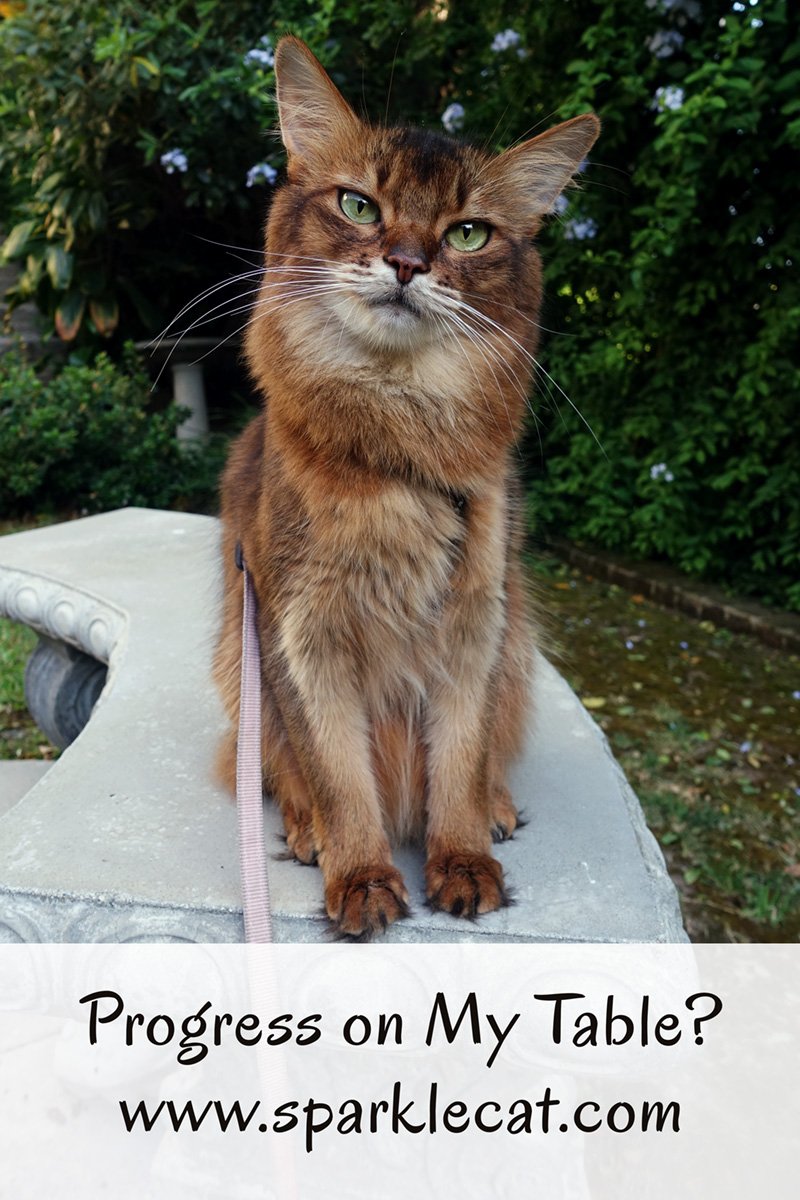