You are here: Home / Diary / Portraits of a Therapy Cat 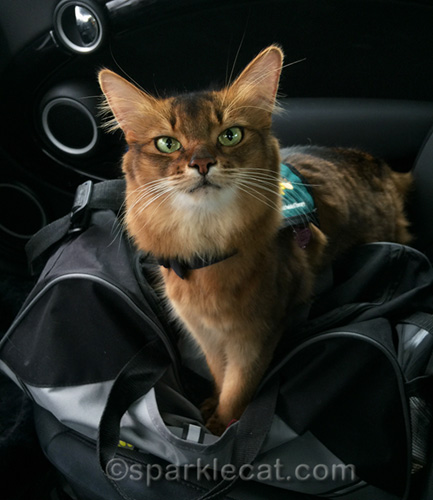 As you know, my human often takes a few photos of me for my therapy cat blog posts. In fact, we try to get to our locations a few minutes early so we can get it out of the way. The other day, when I visited the boys’ homes, she took a bunch of photos, thinking that none of them were going to turn out well. Well… nearly all of them were exceptionally good! In fact, you can see all but two of them below. (And the two that aren’t included aren’t even bad, they just were not that good.)

I hope you enjoy my portraits (no hidden messages this time). And if you make it to the end, I’ll explain a little bit about why my human thinks it’s important I visit teens who are going through a rough spot. 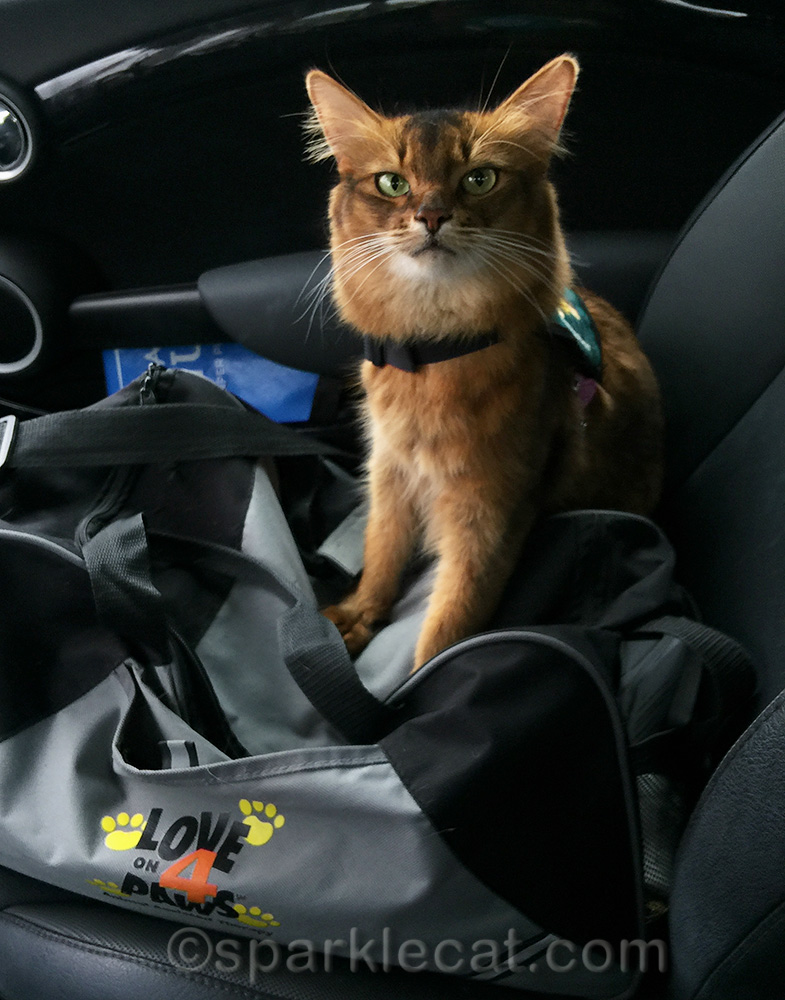 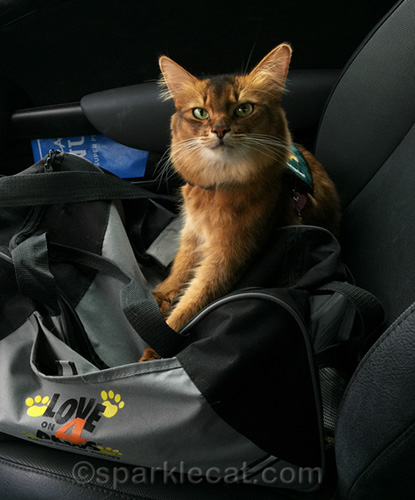 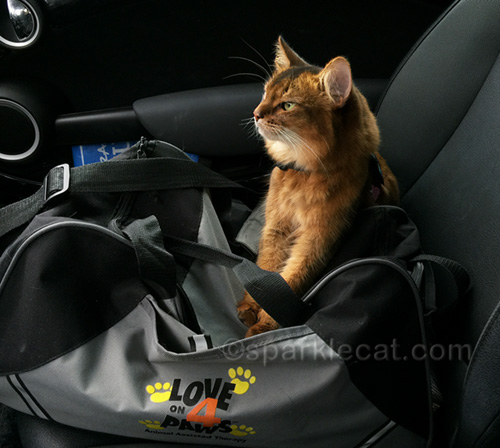 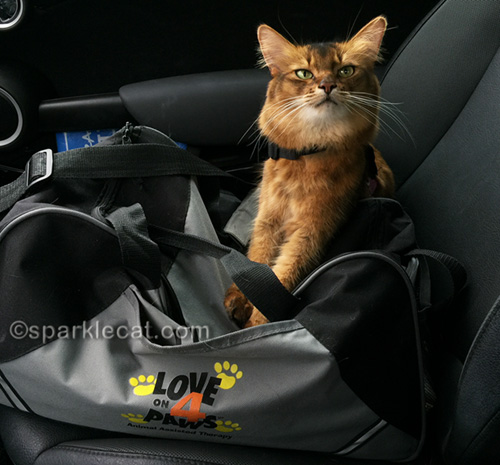 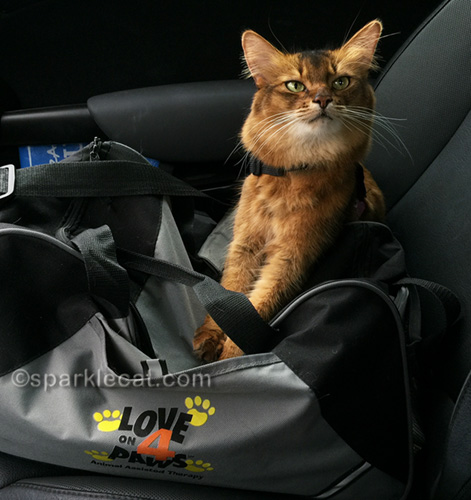 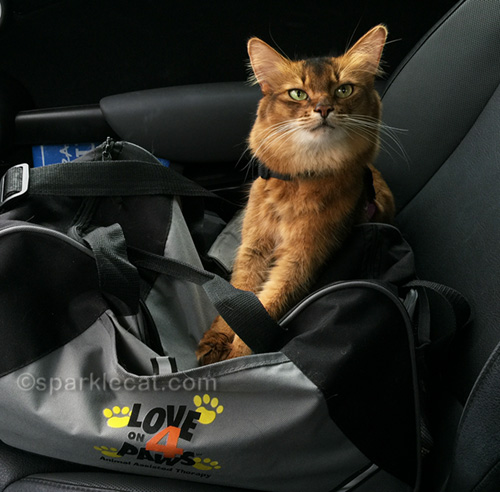 Now, here is why we think our visits to the boys’ homes are important, even when they are a little bit disappointing. I’ll begin by showing you an Instagram post by Beth Stern, Howard Stern’s wife. She is a big cat rescuer, and a recent news item inspired her to come all the way from New York out to the West Coast to pick up a kitty.

Iâ€™m re-posting Oliveâ€™s story because Howard talked about her on air this morning and Iâ€™m getting lots of questions. (Olive is approx 16 weeks old, not 3 years)(ps. He did this in front of his children)

The print on the item is probably a little small for you, so I’ll recap. (You may have even heard of this story). A 34-year-old man was arrested after extreme cruelty to a kitten. He put her in the freezer, squeezed her until she cried in pain and threw her off a second story balcony. The police found he also had an outstanding warrant, so he’d been in some other sort of trouble too. When Beth heard the story, she was so moved that as soon as the kitten was well enough, she wanted to foster her.

My human saw the other side of the story — the horrible man who tortured the kitten. And she knows that any of the boys we see could turn into that man, a decade or two in the future, if the circumstances don’t work in their favor. That’s why she thinks it’s especially important for them to interact with a cat. She feels that bringing me around to see these boys may not necessarily save them, but it might make them less likely to be cruel to kitties someday.

I do want you to know that the kitten who was rescued, Olive, is thriving now. Here is a recent photo of her from Beth Stern’s Instagram.

Olive is busy being the kitten she should be🌸 #olivia #safeforevernow