You are here: Home / Diary / Playing Dress Up 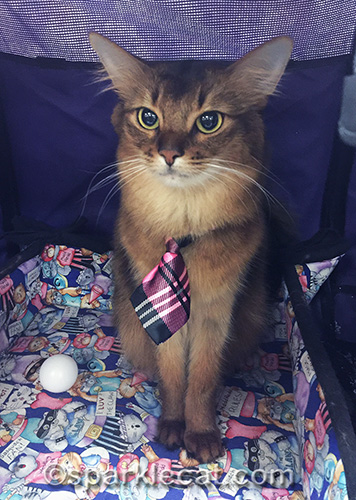 During last weekend’s cat show, one of the vendors was selling cute ties and bowties for cats, and my human bought one of each, even though I’m a girl cat. Sometimes it is fun to wear things that are usually for the opposite sex. 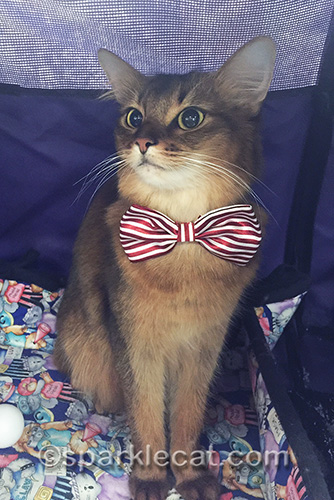 She posed me really quickly in them while we were at the cat show, but she thought it might be nice for me to model them in a nicer setting, so a few days later, she set up a backdrop for me in the living room. 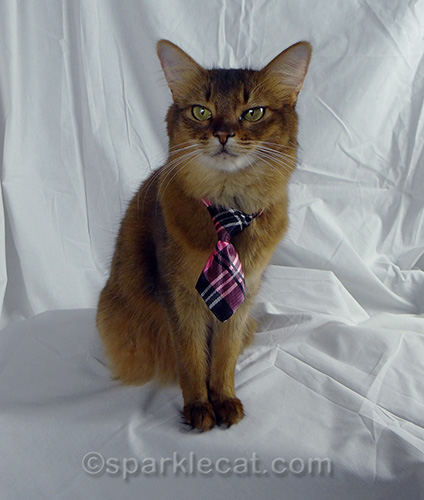 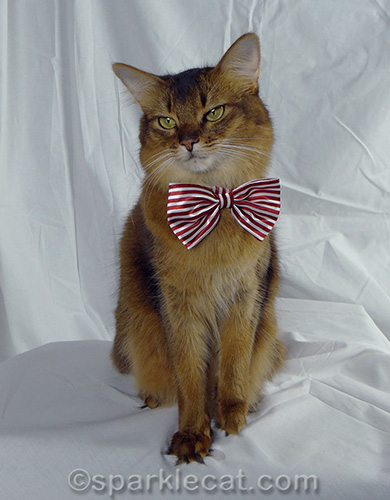 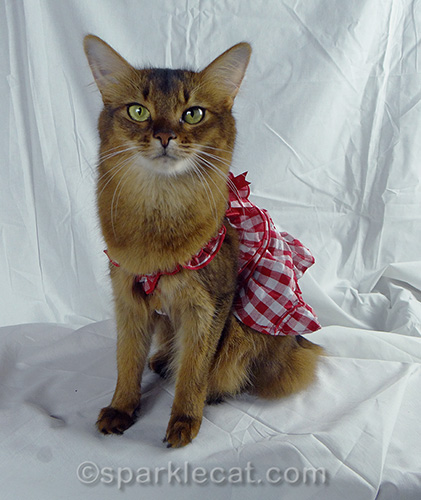 And for something a little more girly, my human found this cute little gingham dress last time she was at the pet store getting kitty litter. 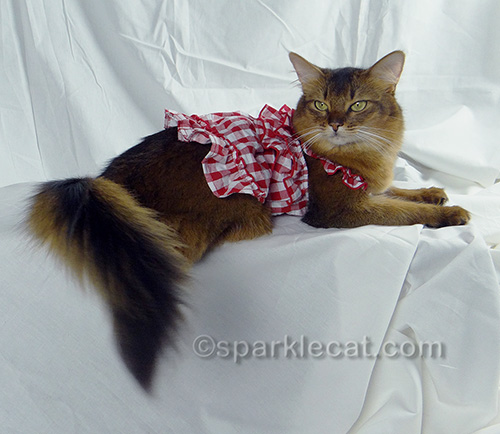 She had me pose lying down so you could get a better look at it. Doesn’t my tail look fluffy? That’s because I was waving it around — look more closely and you can see it’s really blurry. 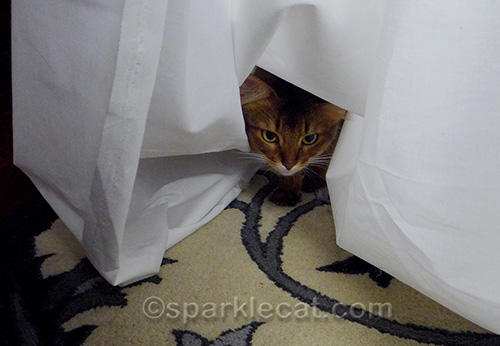 Oh yeah, I also to play hide and seek in the backdrop! That was fun too.