You are here: Home / Diary / Photos That Didn’t Make It Into Blog Posts 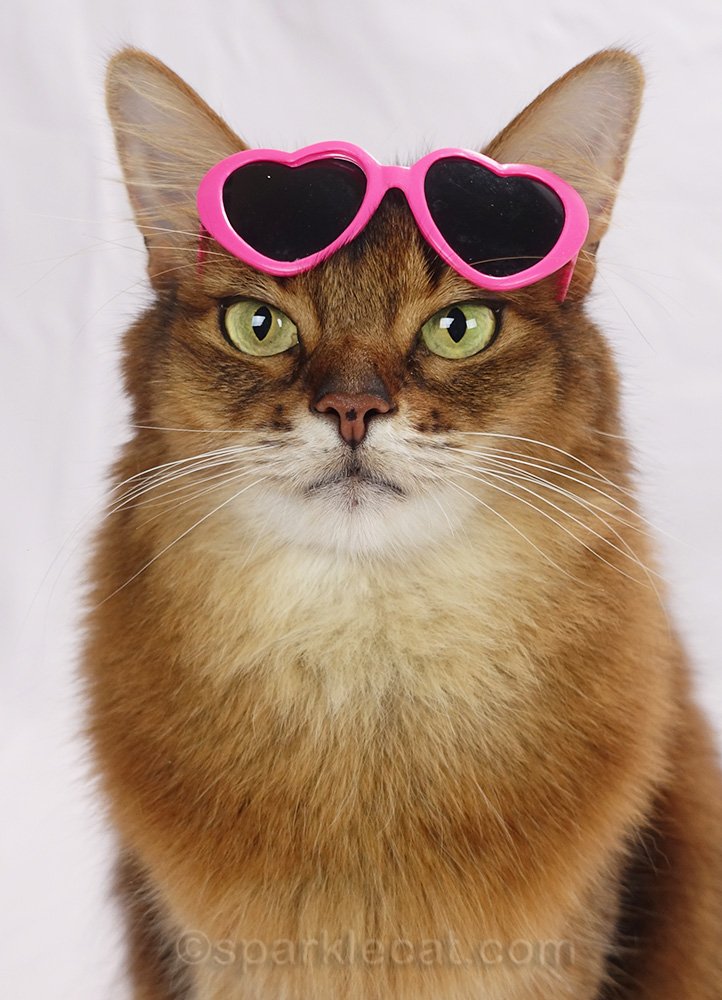 January’s almost over, and I noticed I have quite a few photos that haven’t made it into blog posts for one reason or another. Like the one above. My human did a whole series of me with my favorite sunglasses on my forehead for a Valentine’s Day shoot. The first time they looked good, except the sunglasses were just a fraction of an inch off center. The next time she tried, I wasn’t in the mood to wear them. This may still happen again. 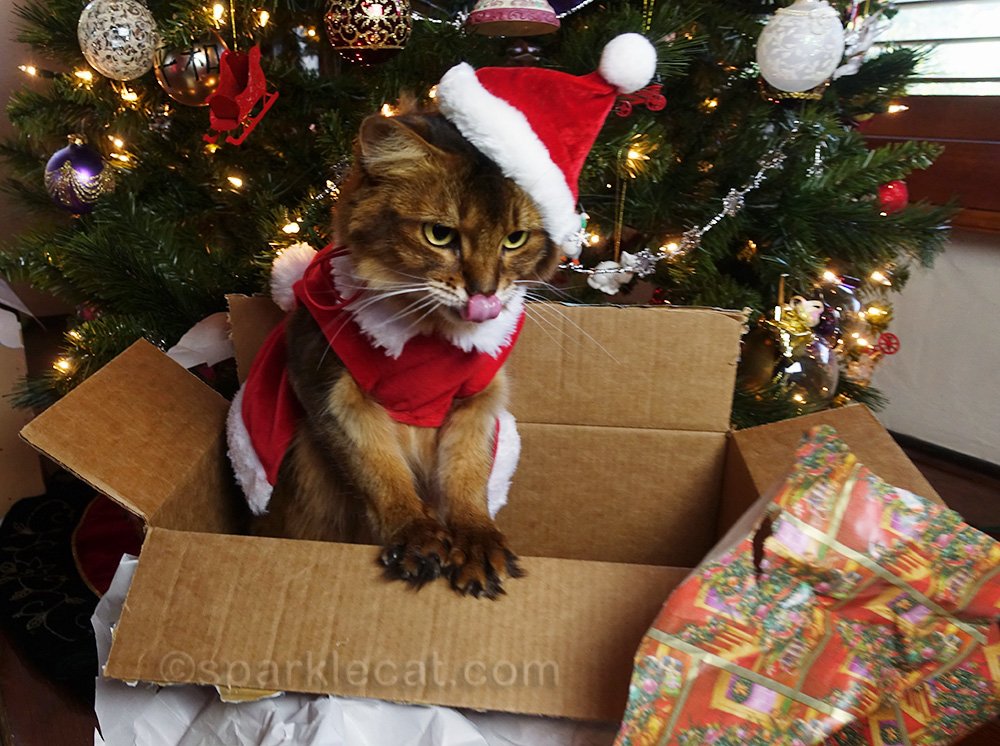 Here is an outtake that never made it to an outtake post! That’s because that particular week, there were a couple of photos from this session that really had to be used instead. You can see them here. 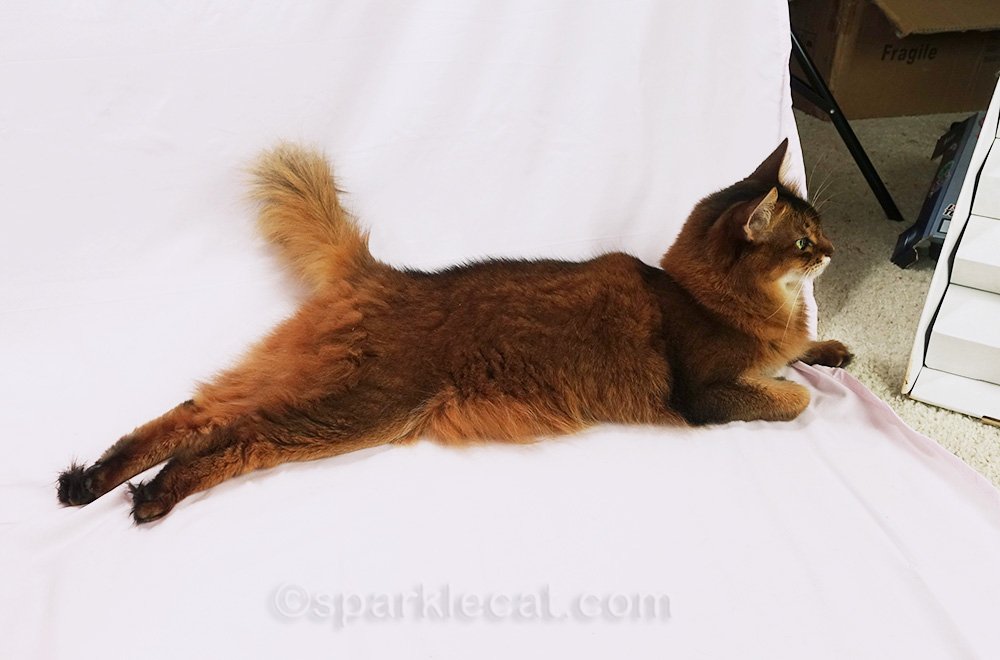 I love my photo sessions! In fact, I usually show up when my human is still setting up. For this particular session, she took an awfully long time, so I had to kick back and wait. 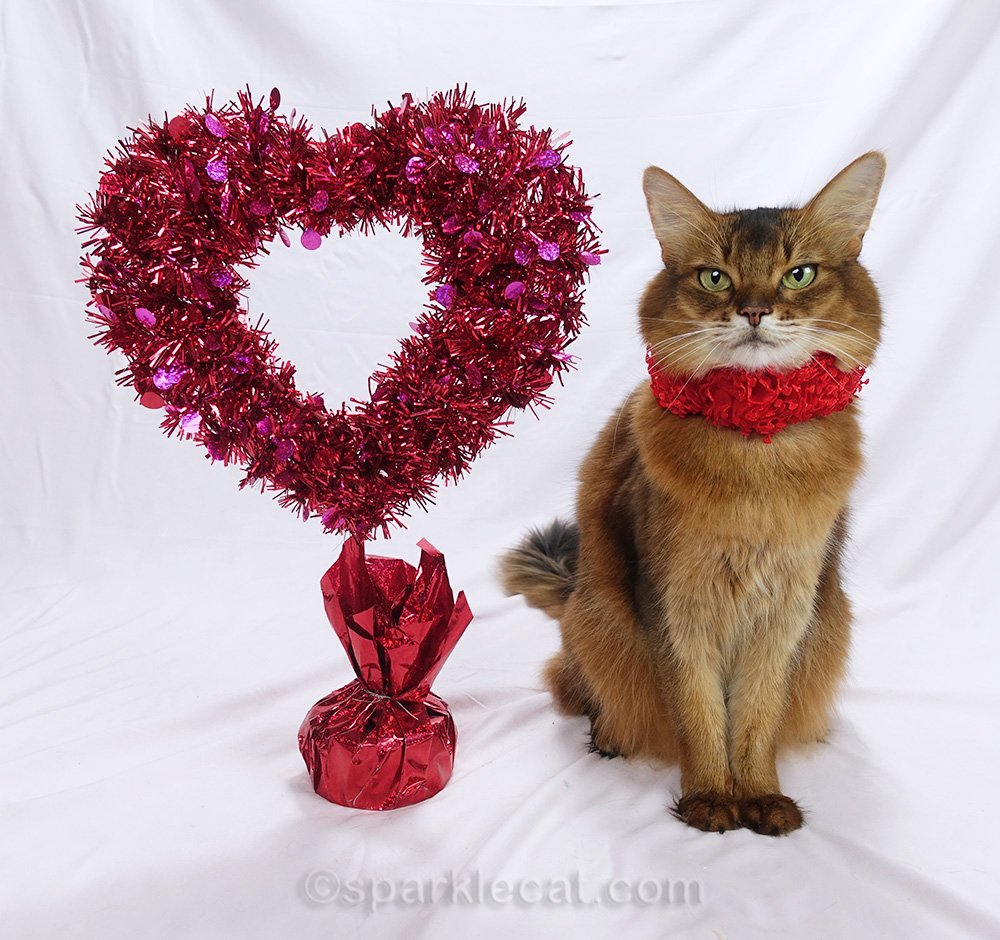 The heart prop you saw yesterday was also used in this photo session, where nothing came out right. This time, I was stuck wearing a scrunchie that a) looked all wrong on me, and b) was the wrong shade of red. (Did you know that red is one of the hardest colors to match? At least that’s what my human says.) 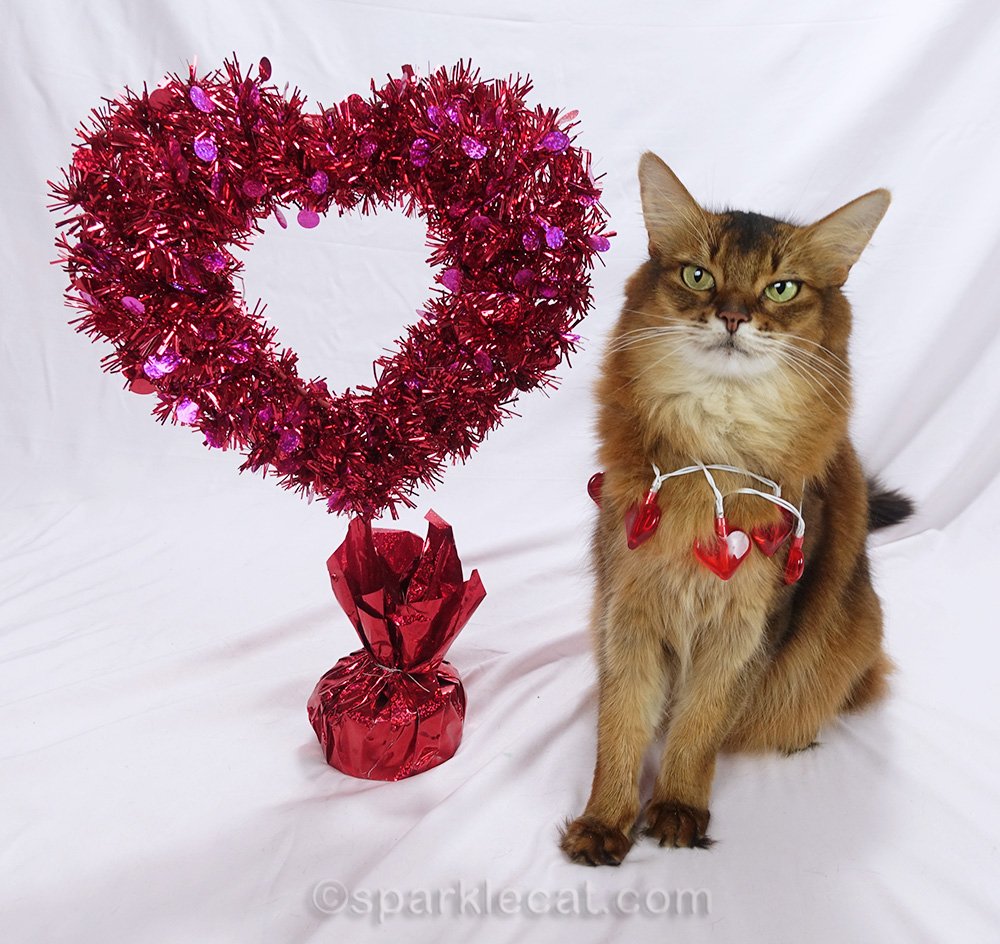 When my human realized that the scrunchie was not going to work, she tried this string of heart lights. That was an even worse idea. 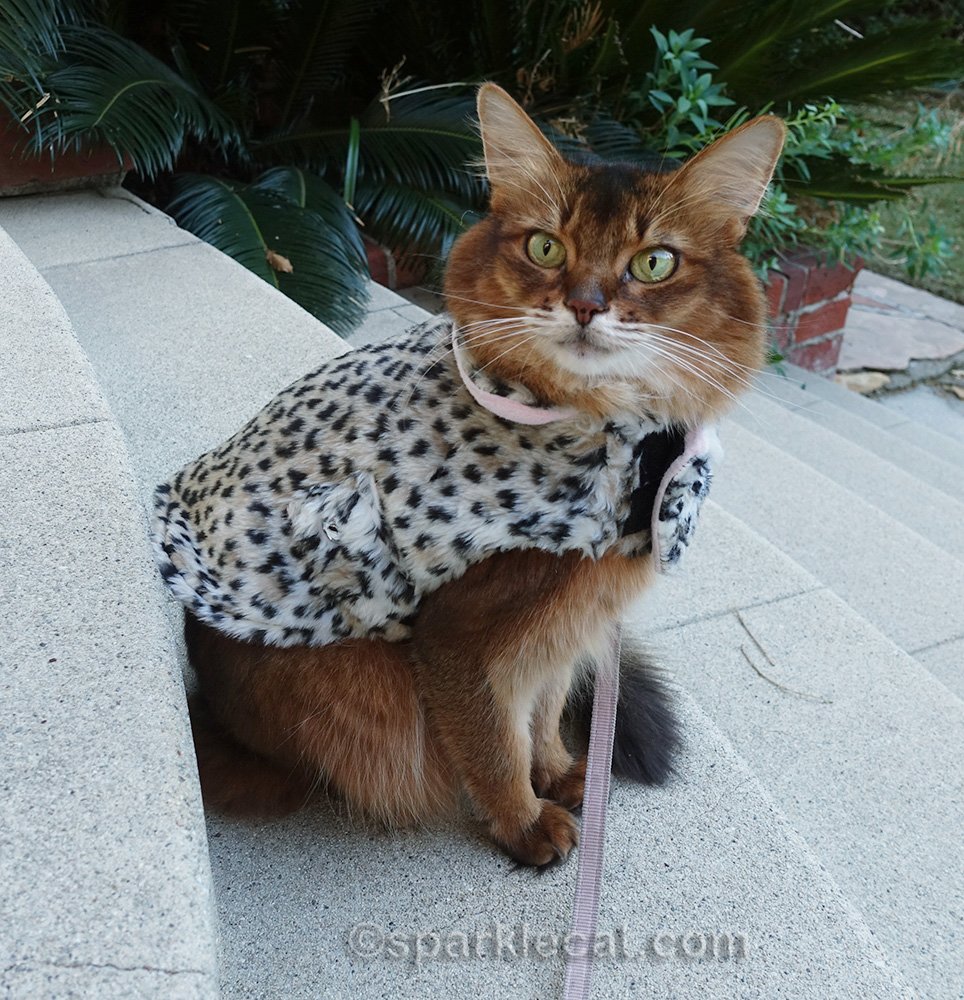 My human wanted to get some outdoor shots of me before it started raining. So she took me out on a sunny afternoon. It was 54 degrees, so she put this fancy jacket on me. But I was still freezing! Like literally shivering. Ironically, I wasn’t sure if I wanted to go back inside, even though I was visibly cold. But my human took me back inside anyhow. We only got a couple of usable (although rather mediocre) photos, and this was one of them.

I hope you enjoyed these extras. If you have a favorite, let me know in the comments. 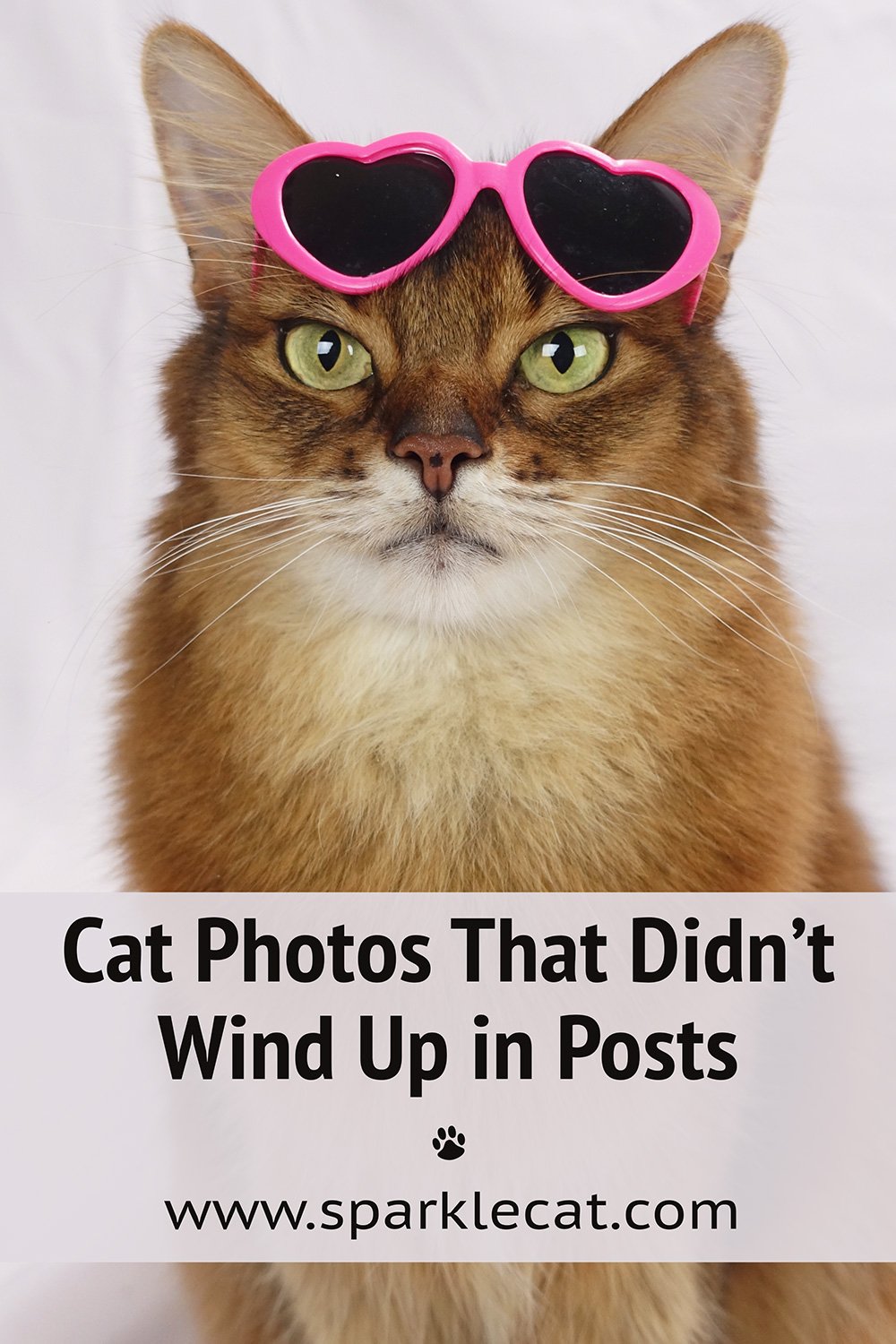