You are here: Home / Diary / Photos of Me You Didn’t See 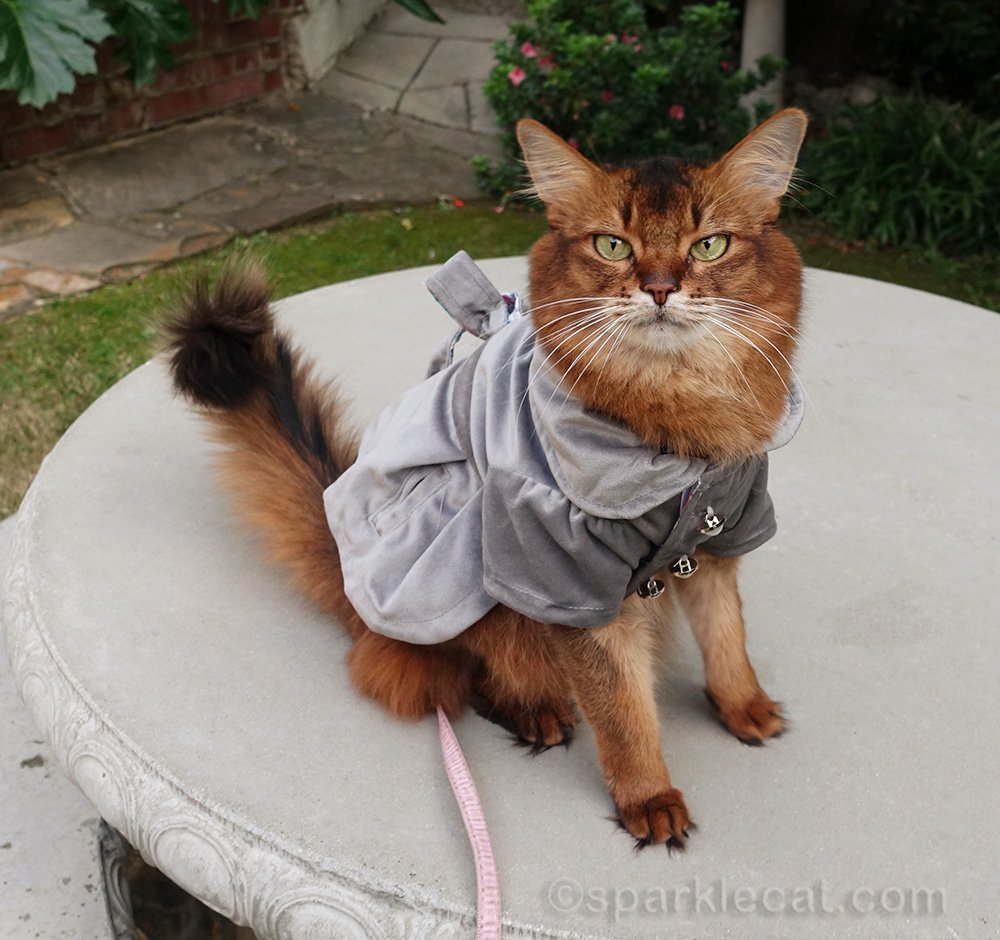 I have lots of photos of me that are actually pretty good, but for one reason or another they just don’t get in the blog. Like the above photo, from this session. There were at least a half dozen photos this good, but the ones that wound up in the post were just a teensy bit better. 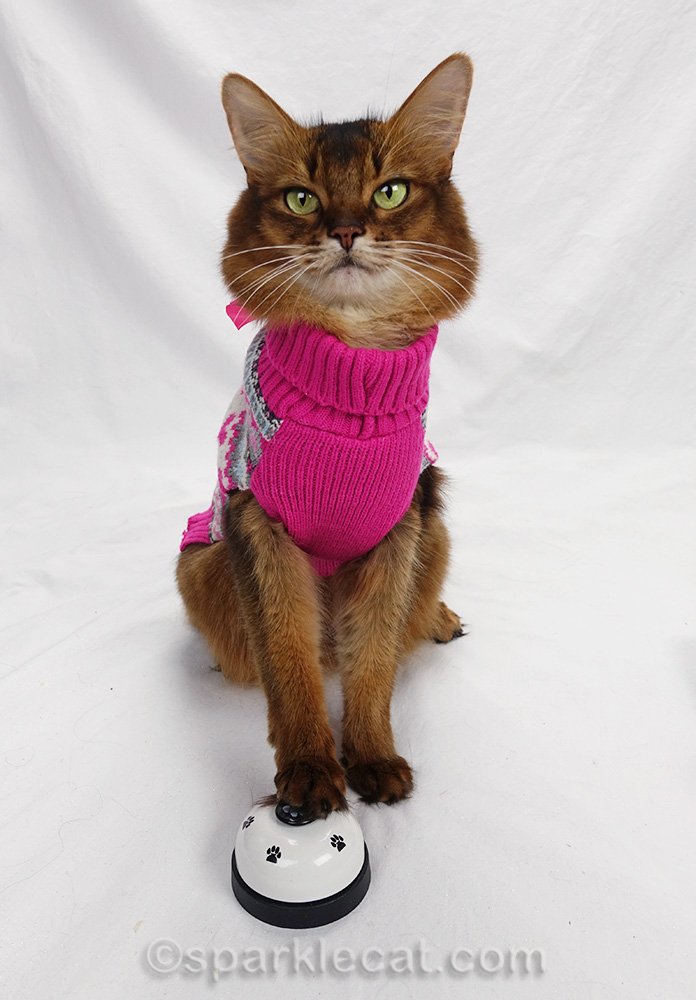 One thing you don’t often see in my photo sessions is my trick practice. Although there usually is some. Mostly my human works with me just to make sure I still know what I’m doing! She will usually take some photos, but most of the time, they don’t wind up in the blog post. The above photo is from when I was putting together a wardrobe for one of my cat shows. 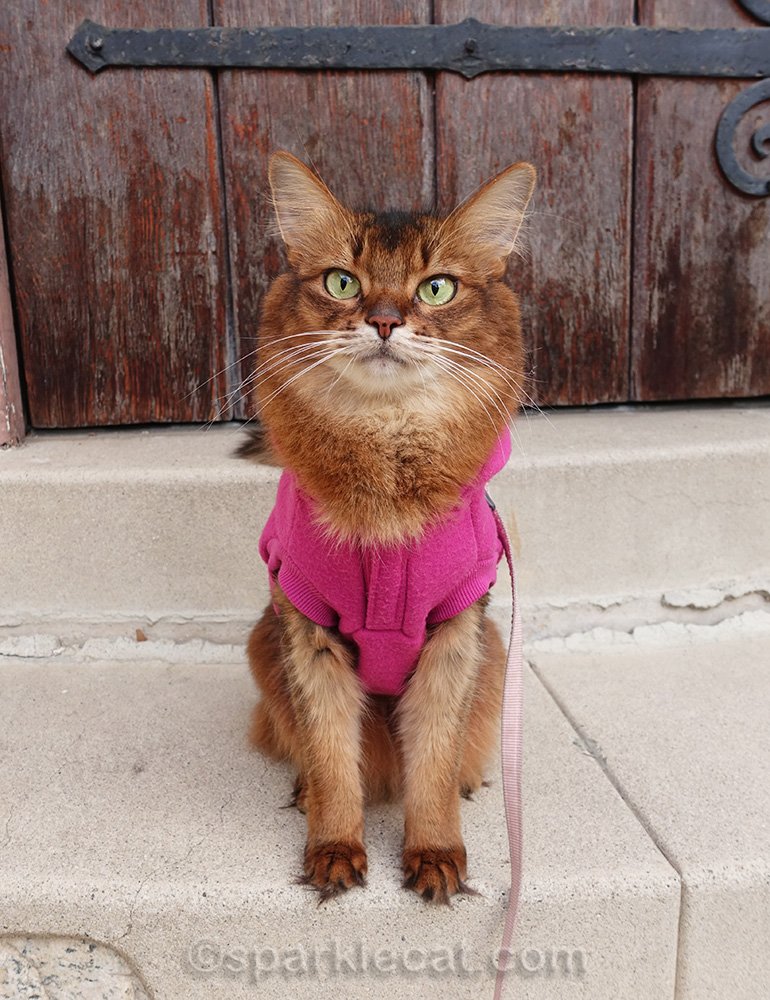 On the other paw, sometimes a blog post will be all about the trick practice! Like the blog post about me doing sit up practice. There are lots of nice shots of me in my raspberry hoodie, but my human mostly used the kind of goofy ones of me sitting up. The one nice photo was just a bit better than this one. 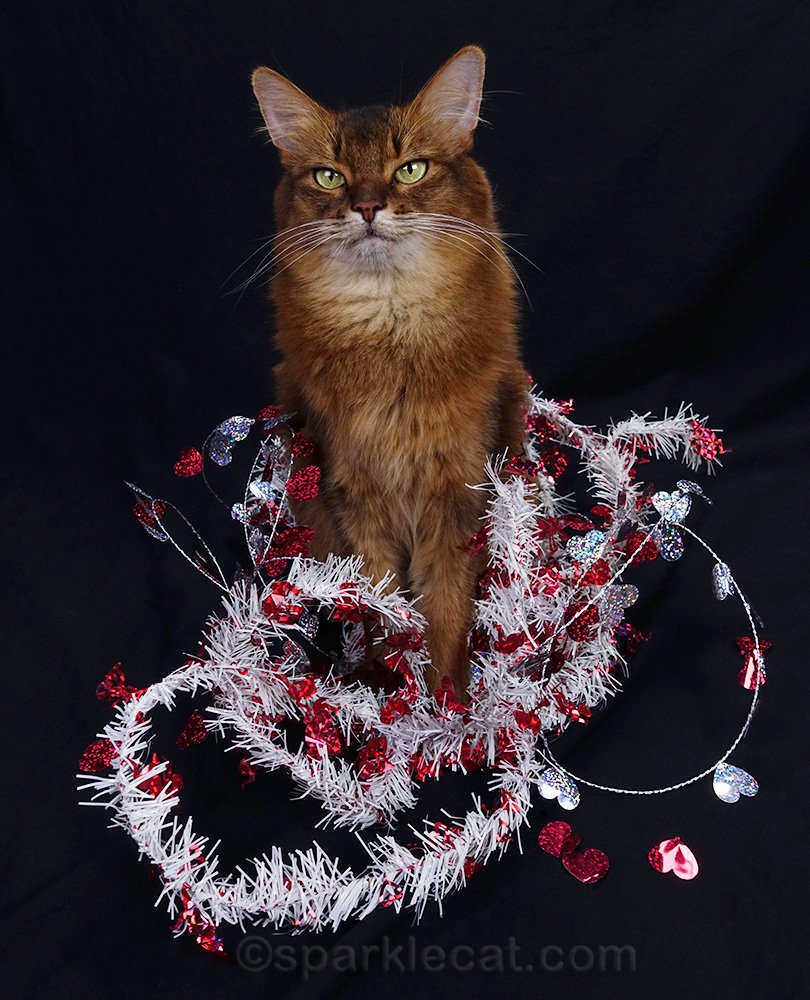 Remember my Valentine’s Day gift picks? There were lots of photos from that session, even though my human only used one. Sadly none of them were that impressive. I worked really hard at posing, but the setting left a lot to be desired. 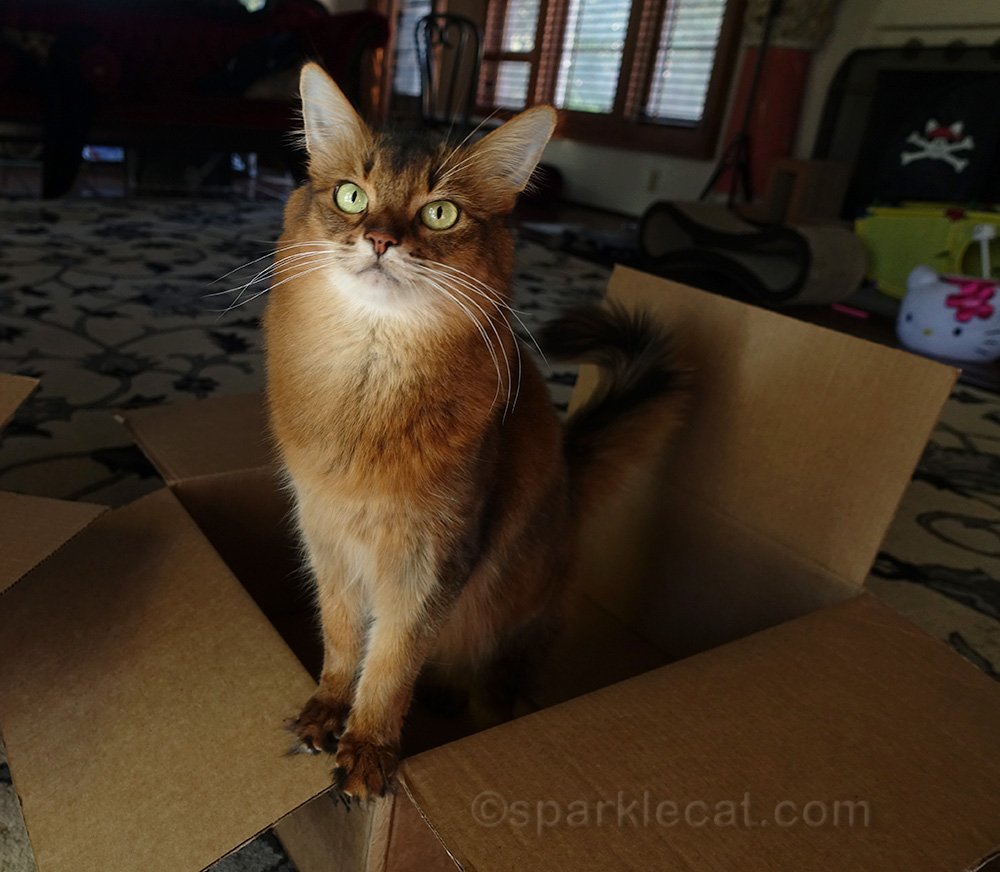 Some photos are really nice, but they don’t add anything to the blog post. Like the above photo from when I was playing with a couple of boxes. I look really cute, but there were other photos that worked better with what was going on. 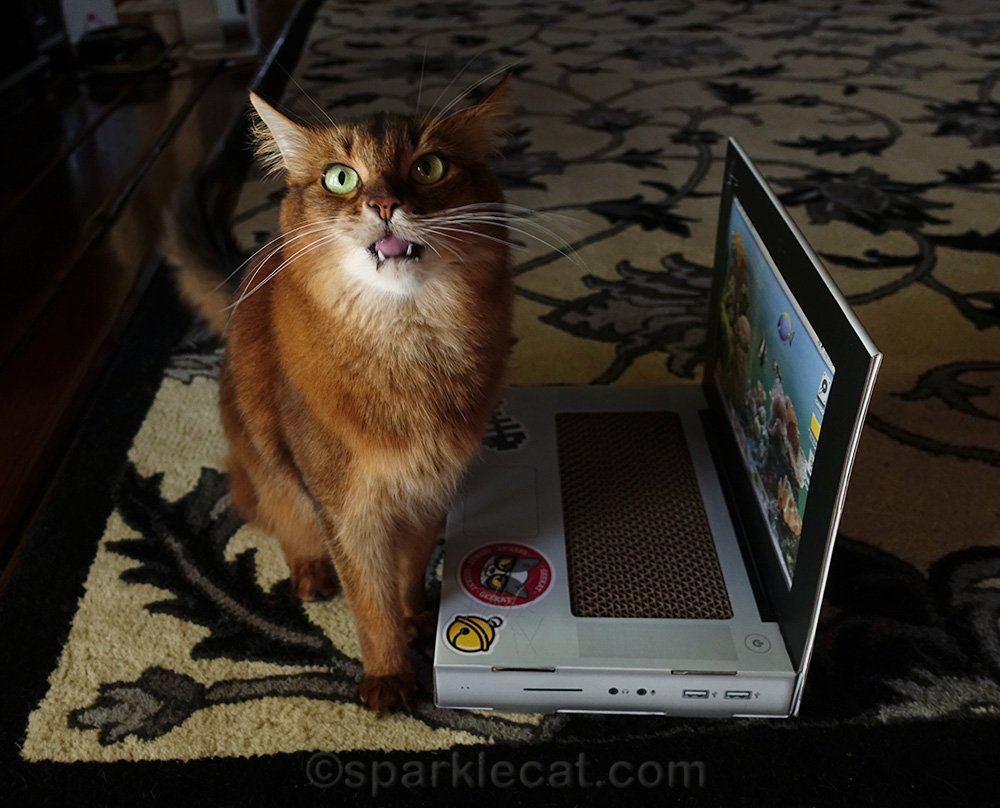 Sometimes I wind up with too many “good” outtakes. Like this photo from my session with my new laptop. It didn’t wind up in my outtake post from that week because there was a better outtake — you can see for yourself.

I hope you enjoyed all these extra photos today! 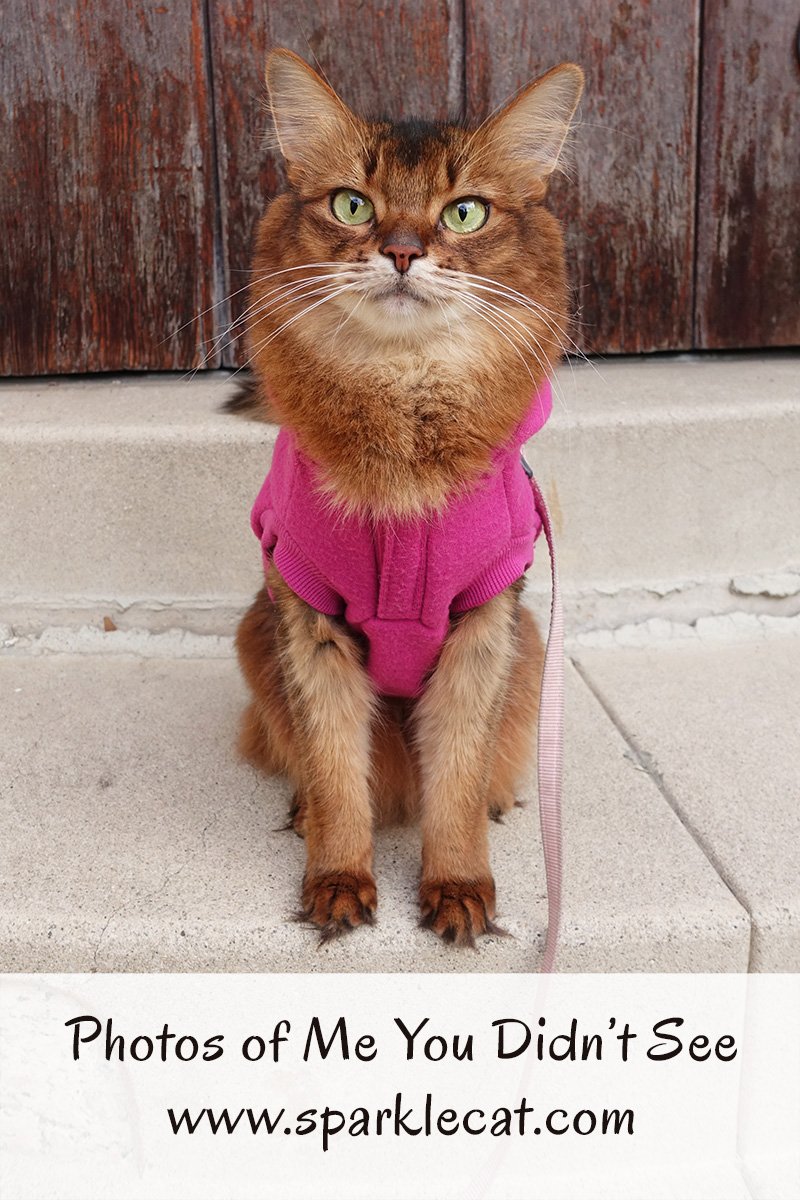