You are here: Home / Diary / Photo Gaffes and Goodies

I’m back with another round of photo gaffes… and I have a couple of good ones at the end too. 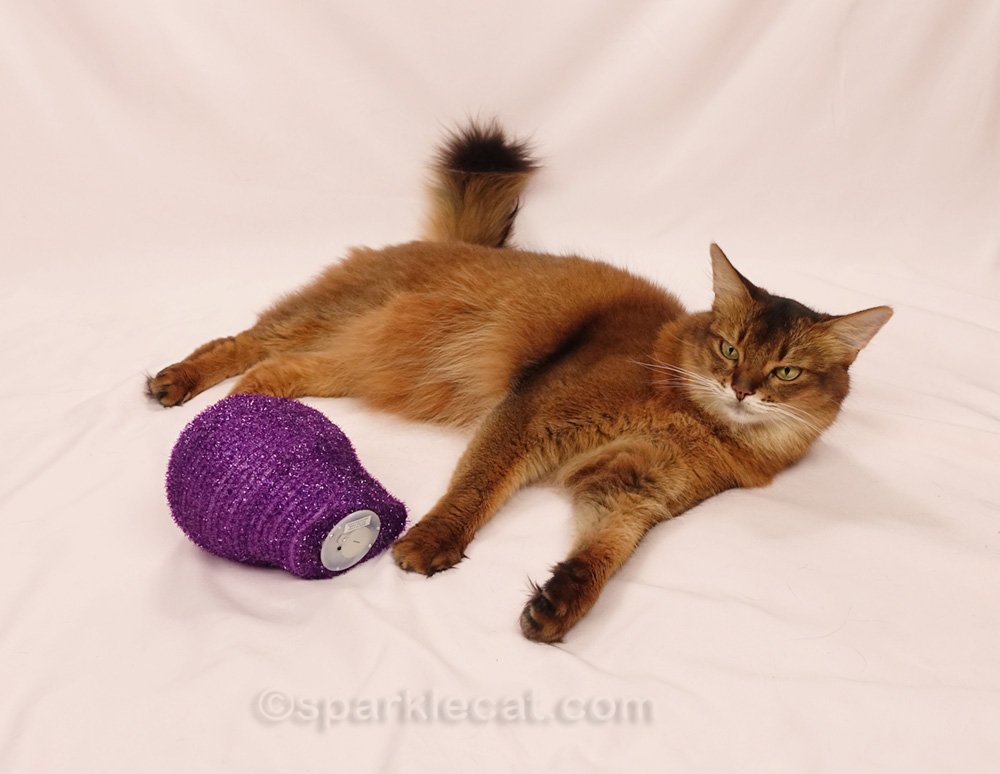 I have no explanation or excuse for the above photo. we were getting ready for a session in my studio, and my human just shot this photo before we started. That purple thing is a decorative skull. Why it’s sitting there, I don’t know. 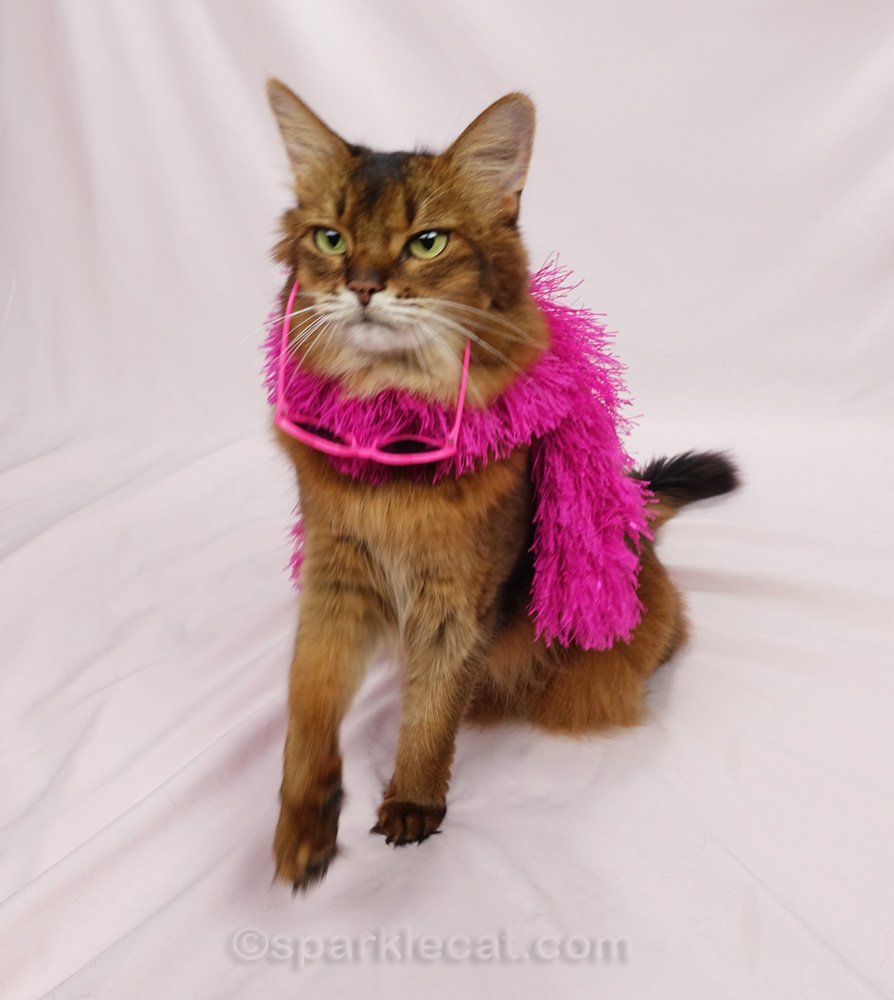 Here’s an action shot of my pink sunglasses in mid-fall. Glam girl indeed! 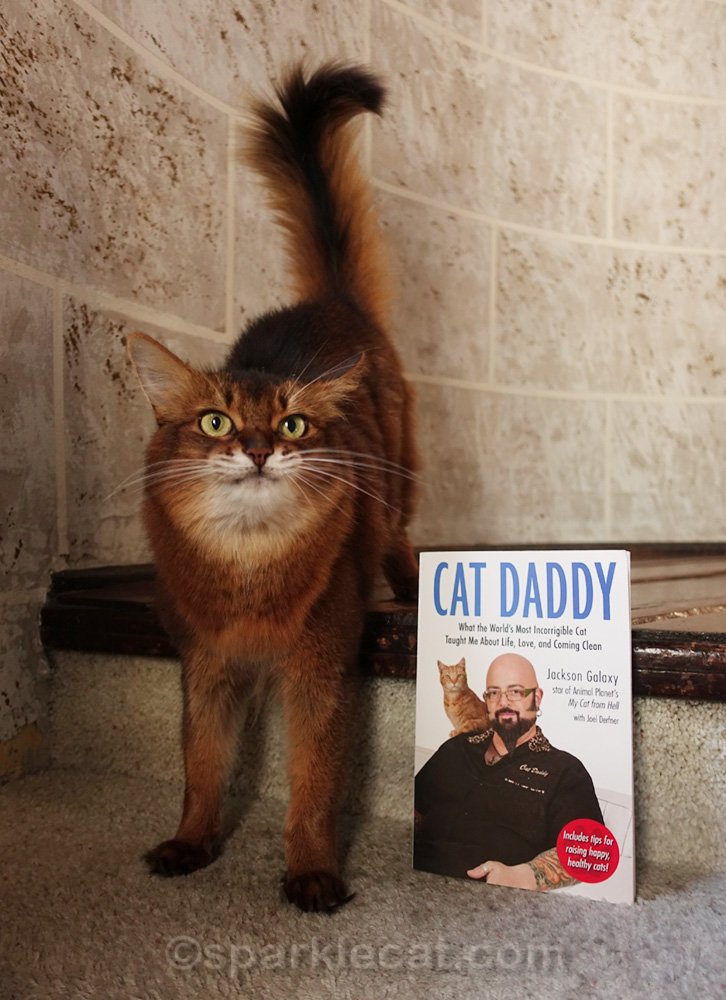 I was posing with Jackson Galaxy’s book Cat Daddy for an Instagram photo. It was sent to me by the Litter Genie Humans, since we are on their influencer team. I don’t know how my human managed to get such a terrible photo of me. But she has a special talent for that. 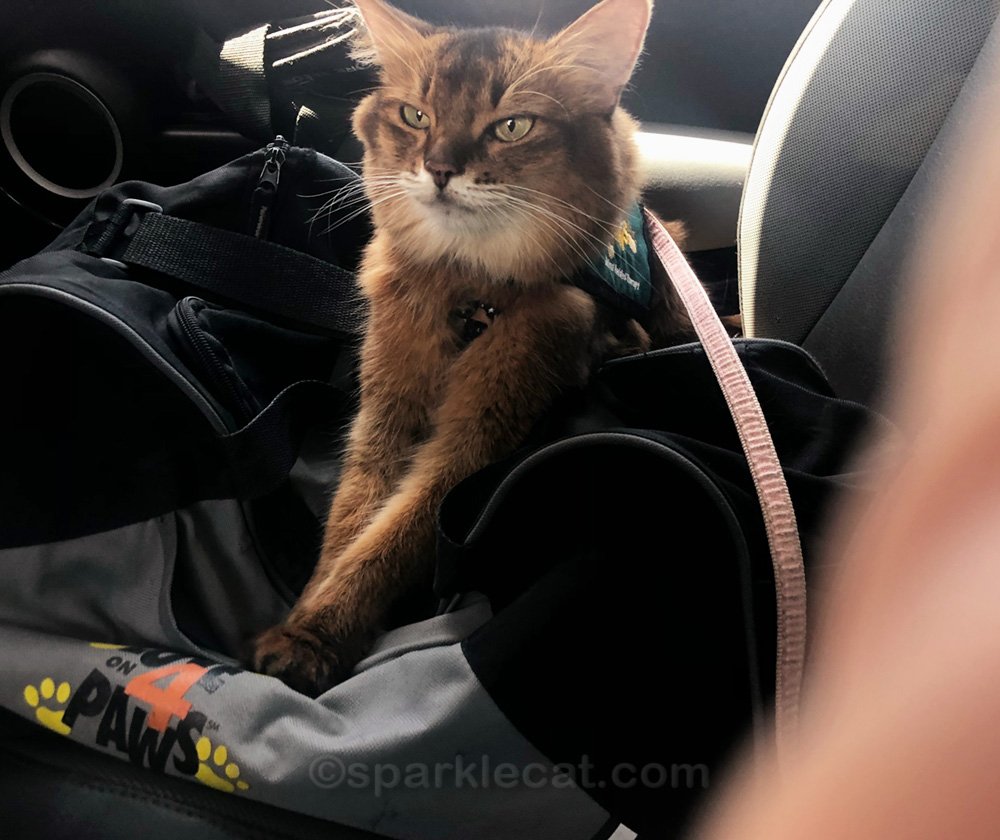 My human was specifically trying not to get her hand in this shot. Which is precisely why she got it in the shot. Fortunately, it was a bad photo anyhow. She didn’t ruin anything with this gaffe. 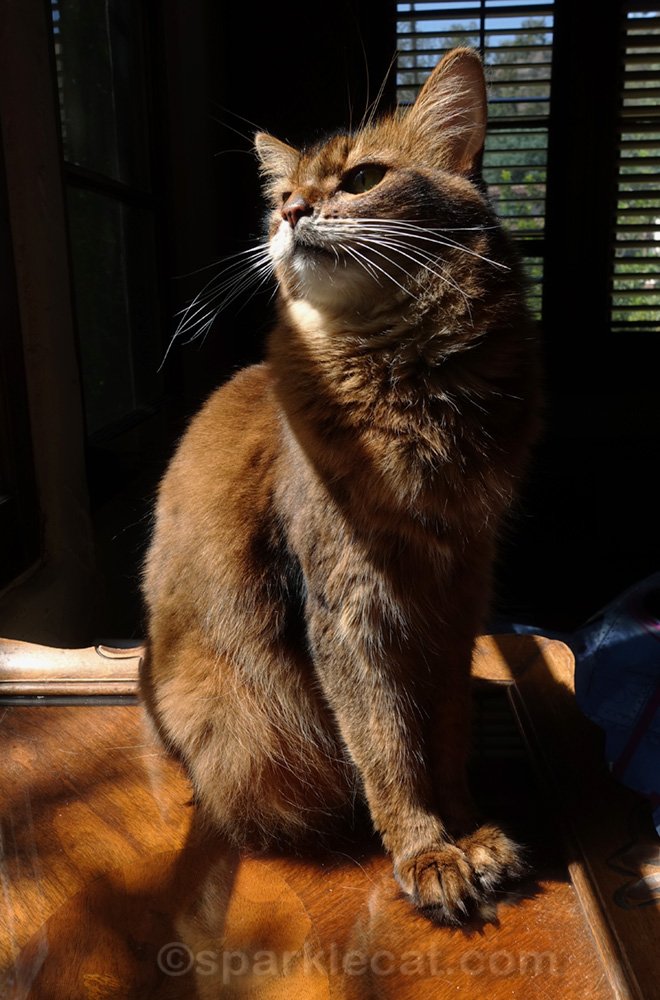 Now for the goodies, a couple of photos that didn’t make it to the blog until today. My human saw some sunlight coming in from the living room window and thought it would be dramatic to have me pose by it. 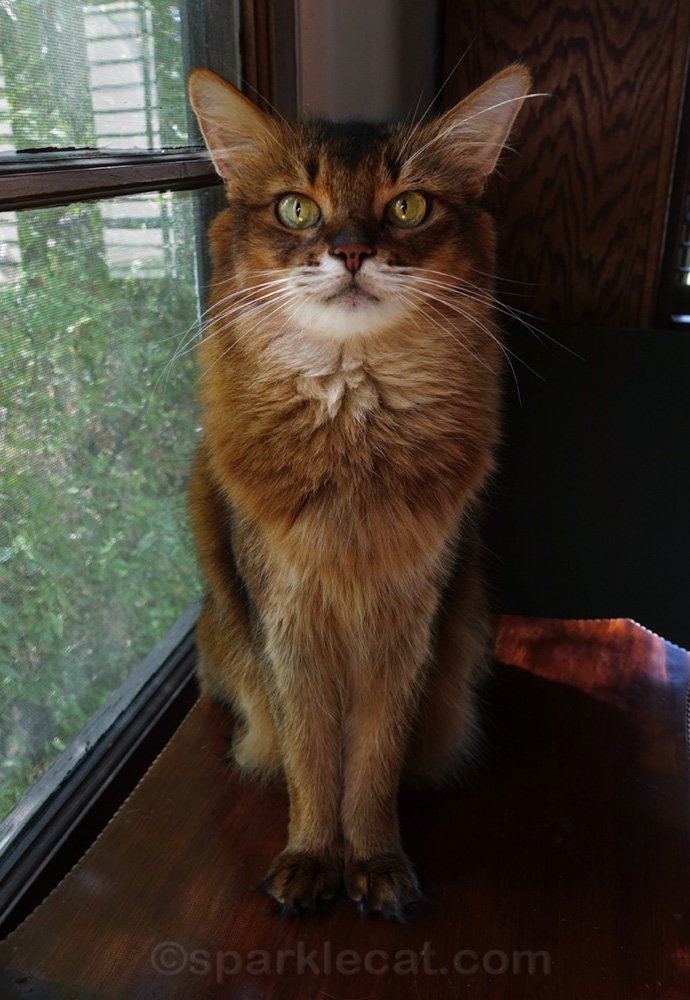 This photo was taken at the same time, by the same window, only on a table about a foot behind the first one. The shadows disappeared like magic!

I hope you enjoyed today’s photos! If you have a favorite, let me know in the comments. 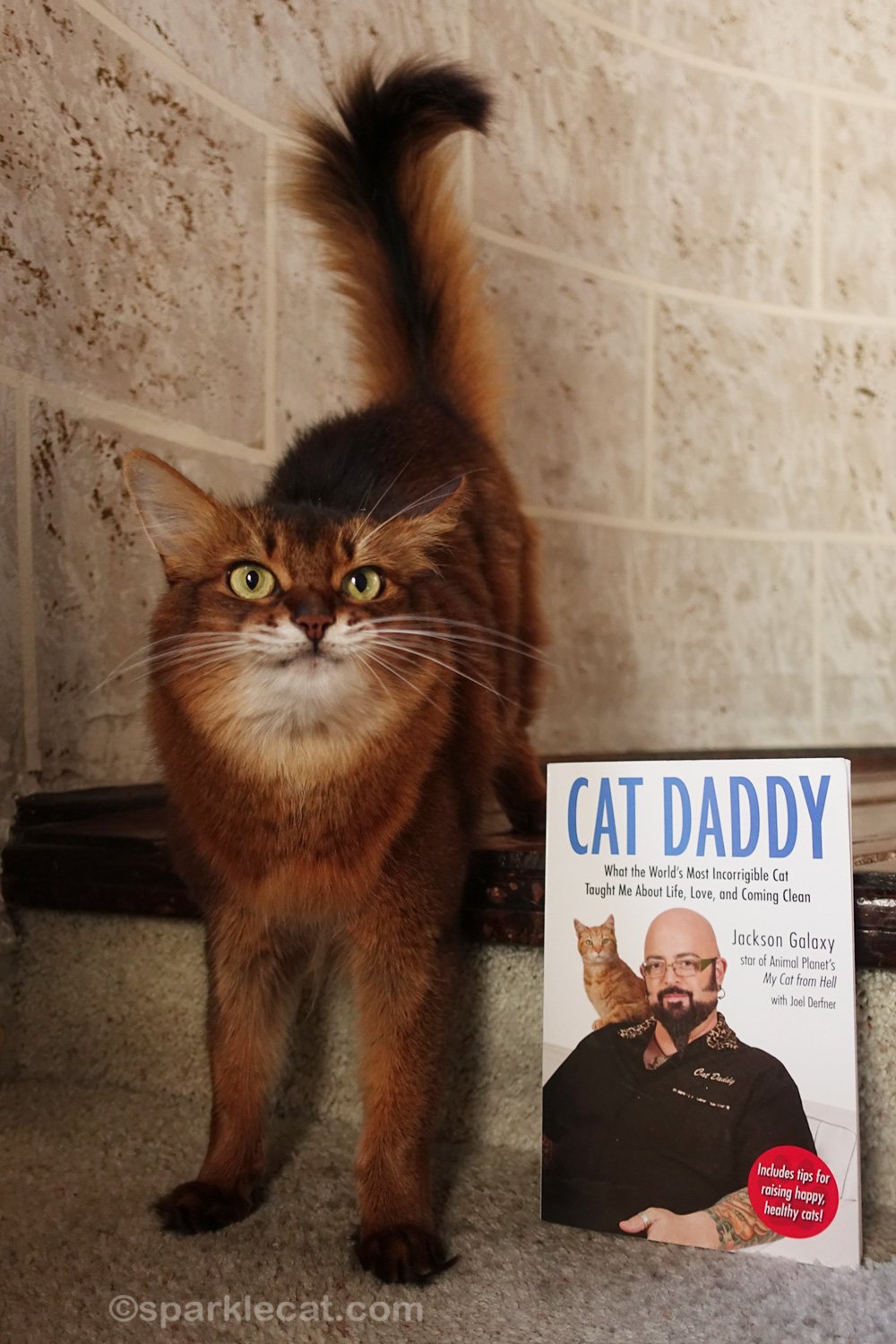