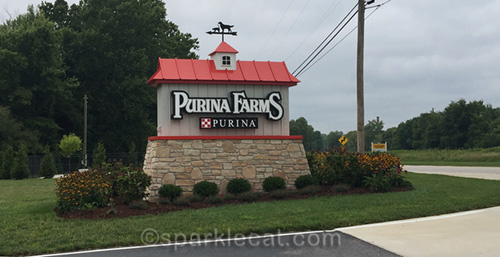 This is where the cat show was being held. My human says she has been here, a couple of years before I was born. It doesn’t look that old to me! 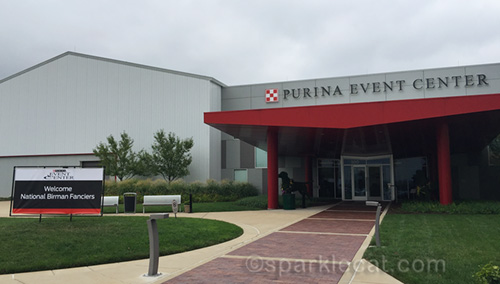 This is the Event Center, where the cat show was located. There are two big halls — there was some dog agility thing going on in the bigger hall, and the cat show was in the smaller hall (which was still pretty large!). 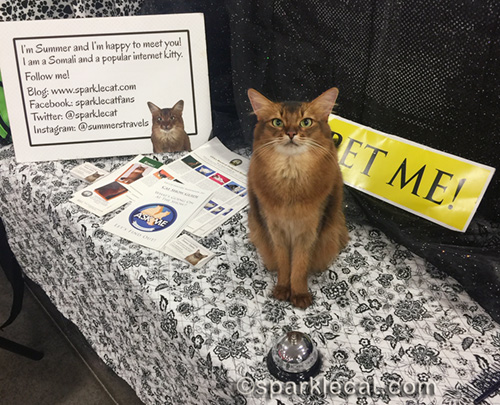 It turned out we had lots of room to spread out all my Pet Me Cat things — the brochures, my poster board… and my bell! Sometimes I rang it and sometimes I didn’t. 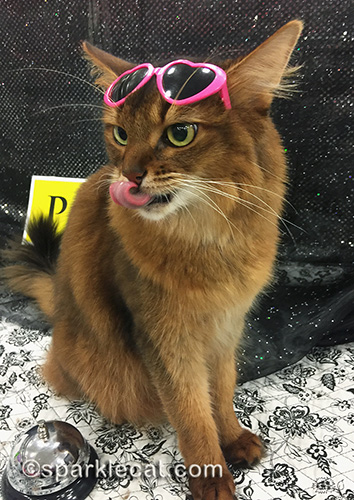 I did do my other tricks… including this one! Okay, so maybe the tongue curl wasn’t a real trick, but it looks awesome, doesn’t it? 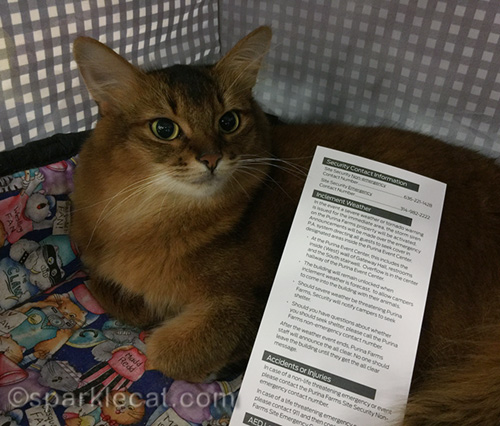 One thing made my human a little nervous: when we went through the entrance, they handed her these emergency procedures which, since this is the midwest, explained what to do in case of a tornado! My human is scared of tornados the same way, I guess, a lot of midwesterners are afraid of the earthquakes we have on the West Coast. Anyhow, I will give you a spoiler here: we didn’t have a tornado during our trip. 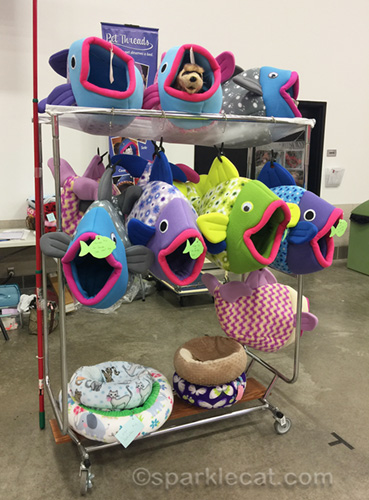 There weren’t a lot of vendors at this show, but one had these really awesome fish beds! I would have liked one, but my human said there was no way it would fit in our suitcase. 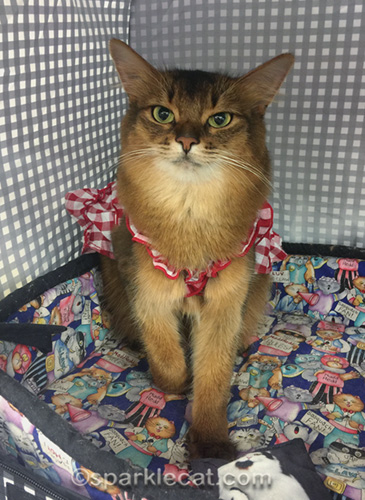 This gingham dress was one of my outfits — I thought it was nice for a midwestern cat show at a farm. 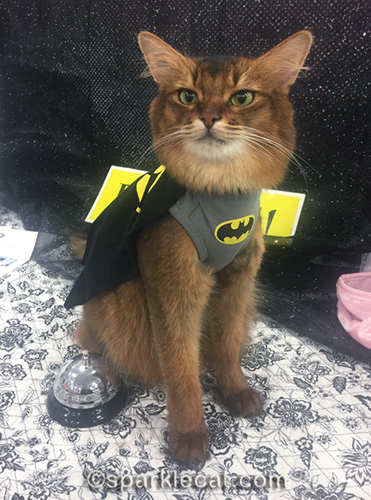 I almost didn’t get to wear my Batcat costume because my human accidentally set it on my water dish and it had to dry out! I wore my fancy dresses too, but she didn’t get any photos of me in those. Anyhow it wasn’t about the outfits, it was more about visiting with people, which I did a lot of! Many of them hadn’t seen a Somali cat for a long time. There aren’t many of them out here. And I bet none of them had seen a Somali cat that did High Fives and shook paws until they met me! 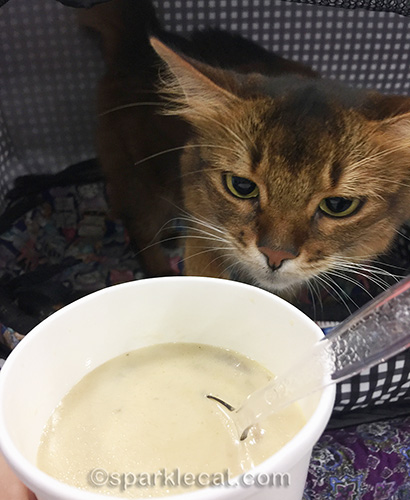 I’m glad my human brought me treats, because she didn’t eat anything I could share with her. The menu in the cafe was mostly meat, and she didn’t like the couple of chicken choices, so all she had both days was a cup of smoked gouda and mushroom soup. She said it was good, but I didn’t get a taste. 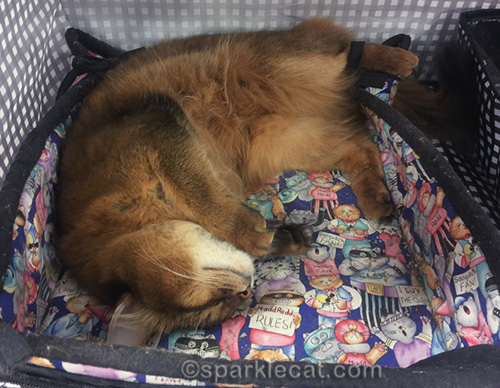 It was an exhausting two days! There were six rings for the competing cats each day, which meant the show days were extra long. Luckily, I wasn’t competing so I could leave a little early, but my human wanted to make sure everybody got to see me who wanted a visit. 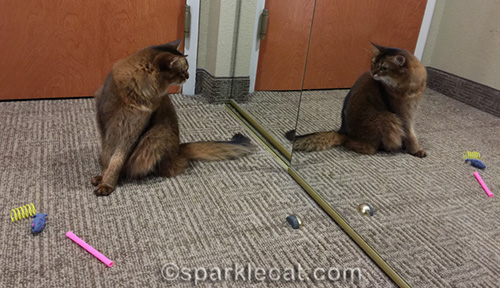 As you can imagine, my human was kind of hungry after the show was over. It turned out that a cat blogger lives nearby and she and my human went to dinner. I don’t know the cats from her blog, Parker, Maggie and Ken because they took a break from blogging right before I was born. Sparkle was good pals with them, though. Their human met me and brought me some cat toys, which was very nice of her! But then, when I came back to my hotel room, I realized she must have also brought some for the mirror kitty that lives here too.