You are here: Home / Diary / Party Like a Therapy Cat 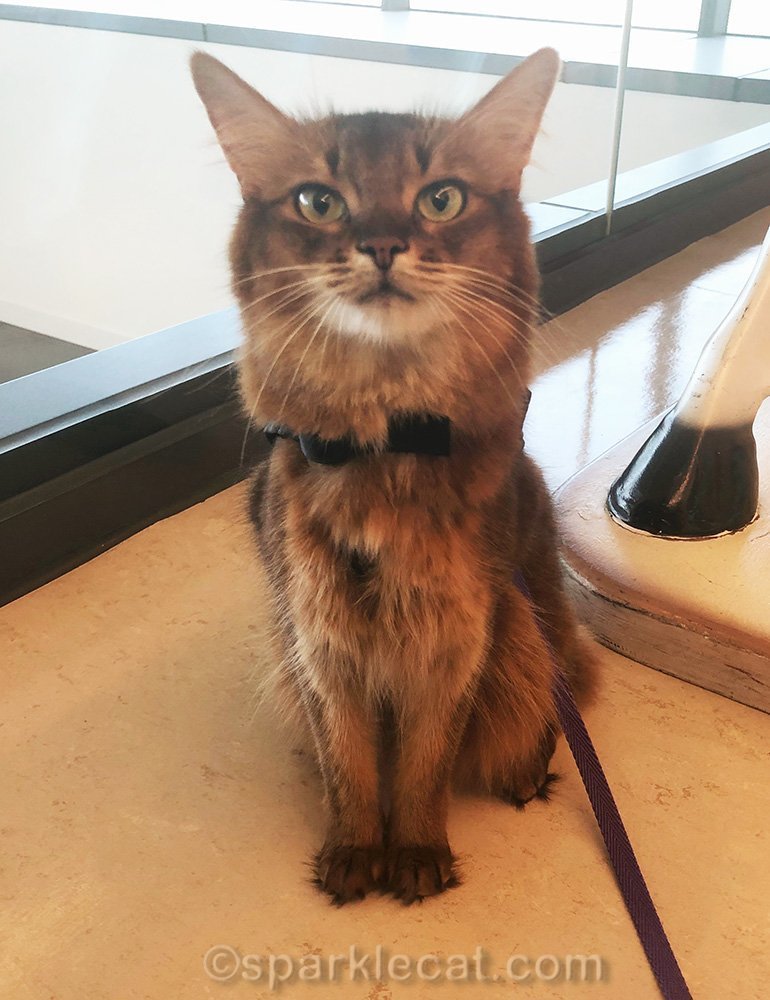 I got to visit the children’s hospital this week. The lobby was bustling when I arrived, and staff members were setting out lots of arts and crafts for the kids. Most of the children were very happy to see me. One little girl shook her head when she saw me, so we passed her by in favor of some other kids. While I was visiting with one boy, a little girl in a wheelchair watched me, enchanted. My human was thinking of taking me over to her, but she wheeled herself right up to pet me, without any help.

To be honest, I was a little relieved when we finished in the lobby and visited the exam rooms. When it is busy like that I can get disoriented. I purred cheerfully in every exam room I visited. One boy and his father in particular really knew how to pet kitties, and that made me purr even louder. I did lots of High Fives and paw shakes. One family was impressed by my intelligence, and my human told them about the movie I was in. Later, we walked into one room, where a teenaged girl was all by herself. Her family and nurse were off doing paperwork. But she was happy to see me, and I got lots of nice petting from her.

At one point, while we were visiting one family, my human explained why I liked going to the exam rooms better than being in the lobby. “I guess she is kind of like me,” she confessed. “When I’m somewhere, like a party, with a lot of people, I’m not sure what to do. But if I manage to get one-on-one with a friend or two, or someone new, I have a great time hanging out with them.” So now you know how I party like a therapy cat!

After we covered the exam rooms, we went up to rehab and pre-op, but nobody was around to visit. So we went back down to the lobby. A few kids were playing some sort of fun mechanical fishing game. There was an empty chair at the table, so I sat on it and watched them. I got the idea that they thought it was kind of funny I was sitting there like a person. But I enjoyed just hanging out with a small group of pals.