You are here: Home / Diary / Party In the Wrong Box! 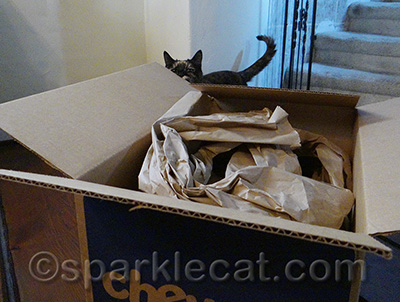 Have you entered the Grumpy Cat Birthday Party in a Box giveaway yet? Don’t worry — I haven’t pulled a fast one and switched the prize for a 40-lb. bag of dog food! ’Cause that is what is in this box. And for some reason, a certain April Fool named Binga thinks it is a party box! 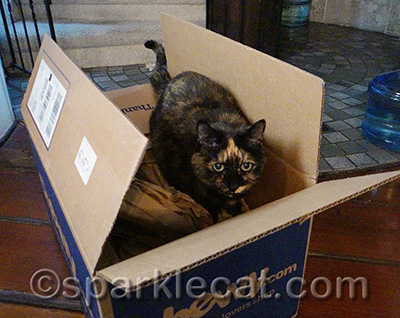 It arrived while my human’s boyfriend was out of town, and it also contained some doggie vitamins. The dog had run out of the vitamins, so my human needed to open the box — and Binga invited herself in. 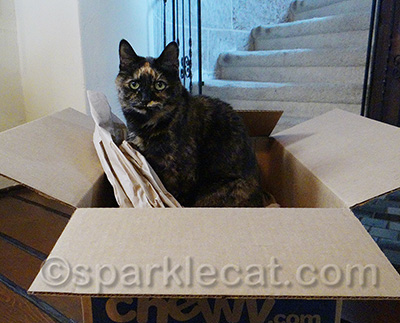 Then, once she was there she refused to leave! 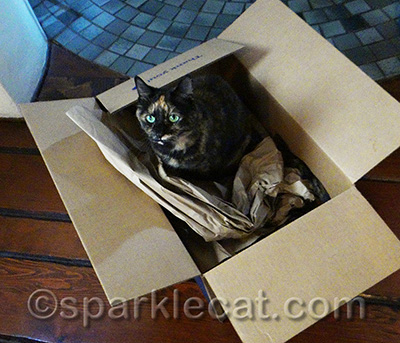 She was like one of those awful party guests that stays forever. She was desperate to tear into that dog food. My human was still sick at the time so she wasn’t strong enough to lug the bag of food upstairs to the back. She had to get rid of that party crasher somehow. 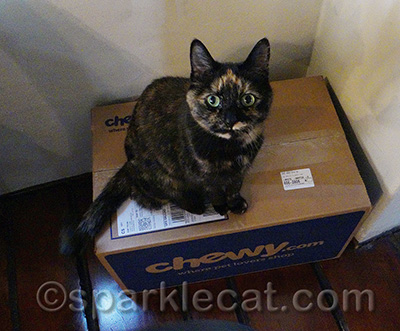 The only way she could end this tortie party was to eject Binga and then tape the box shut. Maybe she needs to call the cops.