You are here: Home / Diary / Outtakes and Extras (Mostly Outtakes) 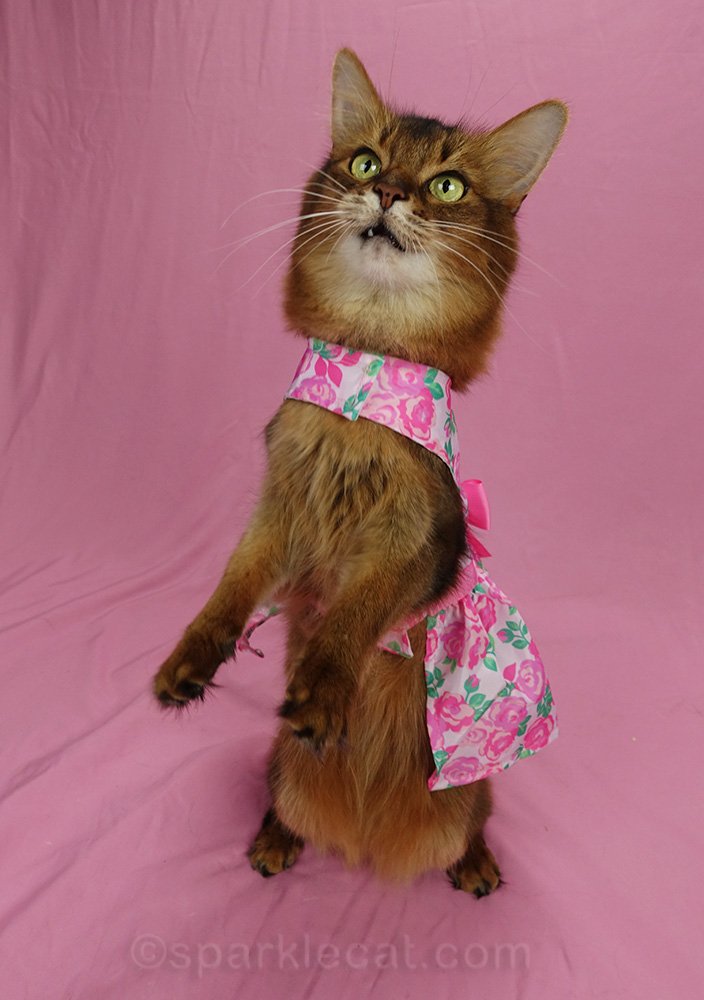 Outtakes and bonus photos piled up over the past few days! Maybe because my human is doing more photo sessions with me. Mainly because we aren’t going anywhere together at the moment. So I’m sharing them with you. Mostly, they are outtakes, like the photo above of me sitting up and making a weird face. But there are a couple of nice extra photos in the bunch too. 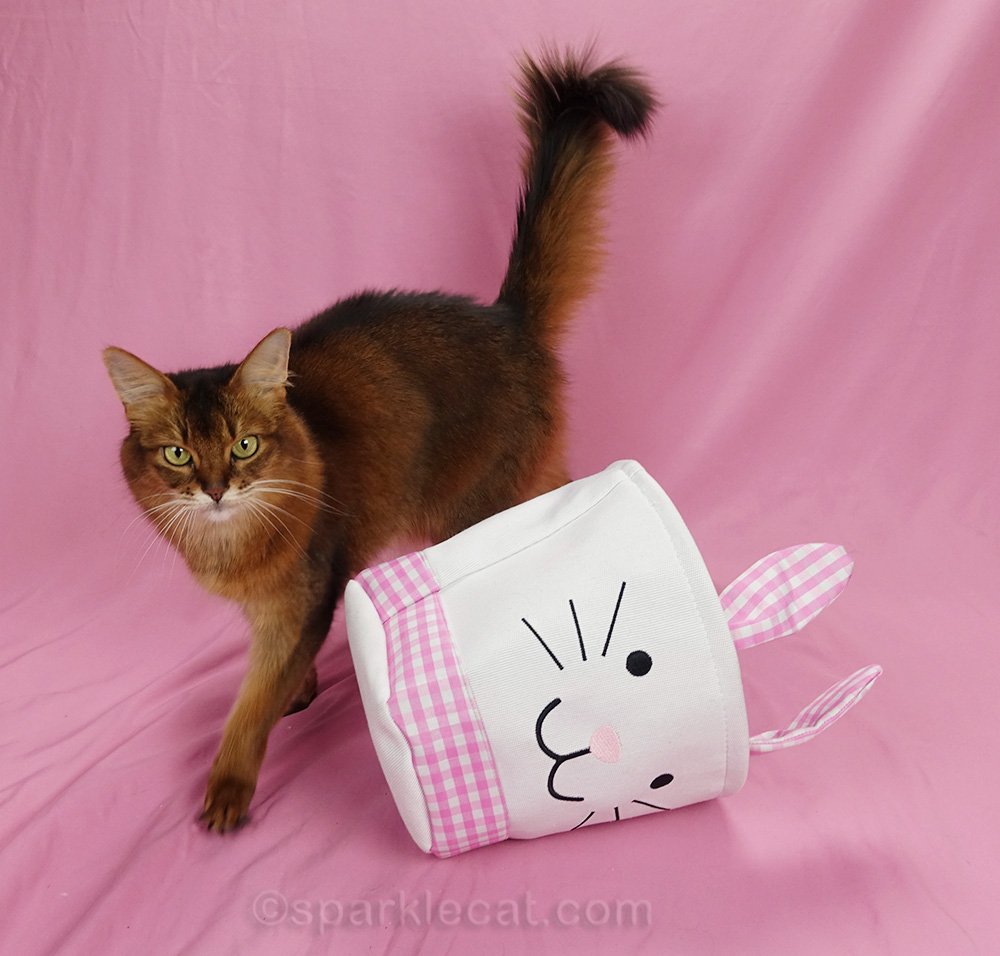 I had lots of fun doing this shoot with the bunny basket. 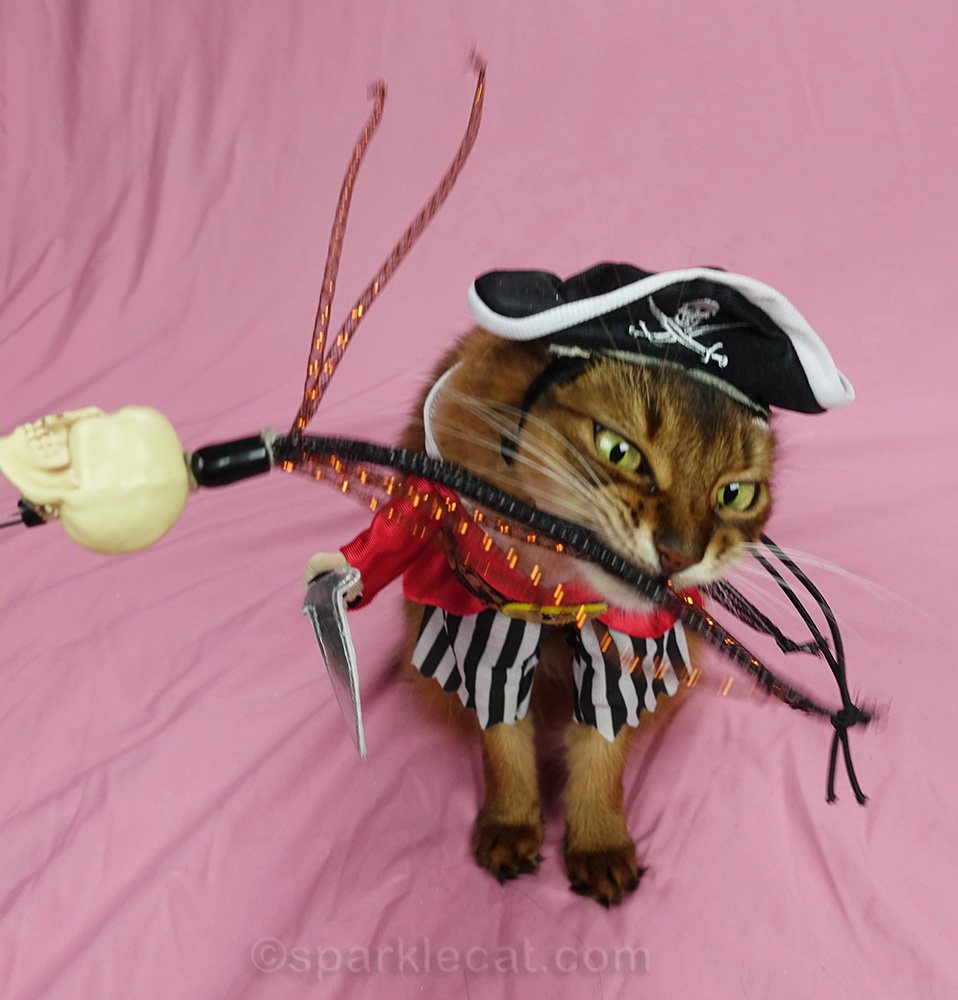 I think my human lost an opportunity to create a whole pirate/ horror movie around me and my skull head cat toy. But there were only a couple of photos of me and the toy during this session. 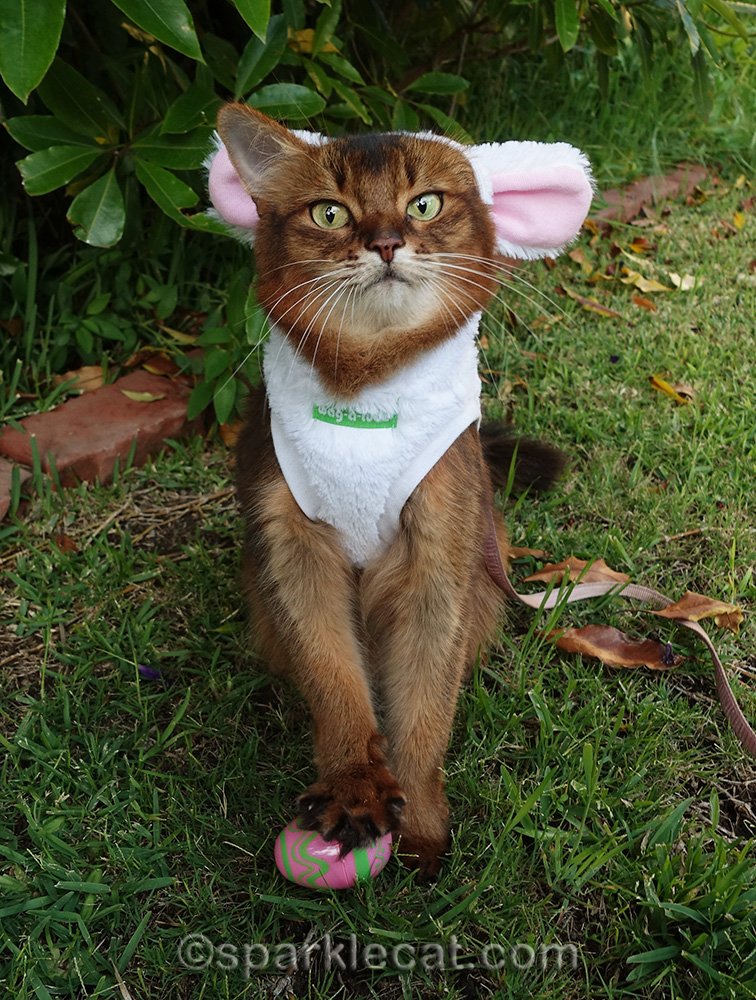 Remember my Easter egg hunt, how the first and last photos of me had my bunny ears perfectly positioned? I think those were the only photos where they were like that. Most of the time, when I was wearing them, it went like this. 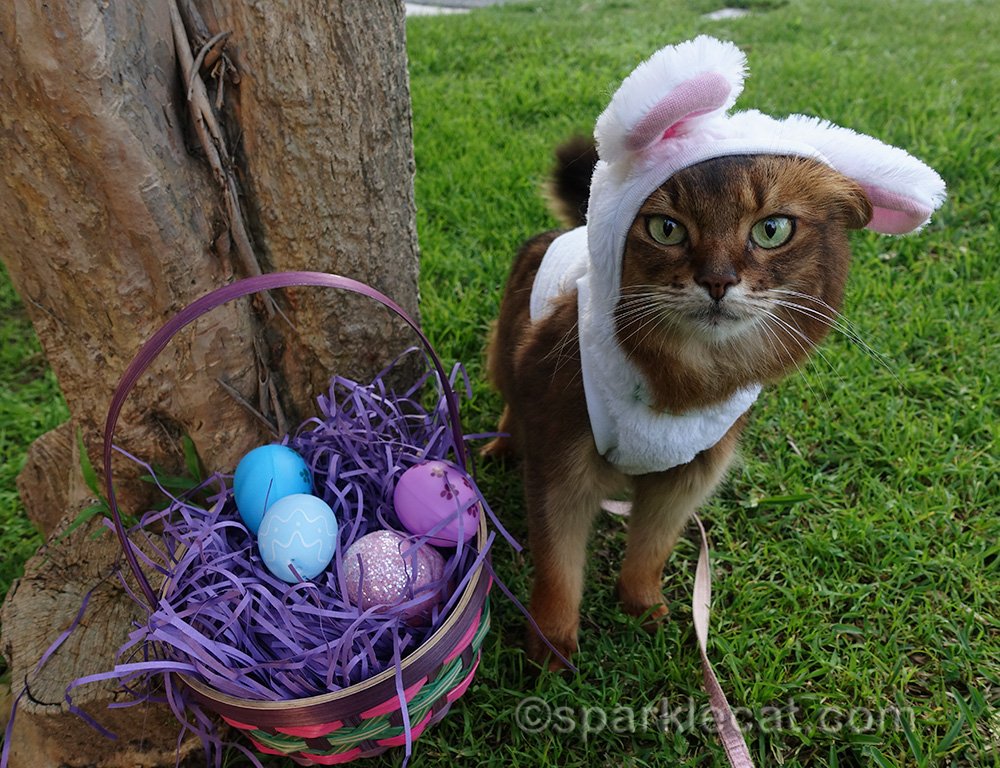 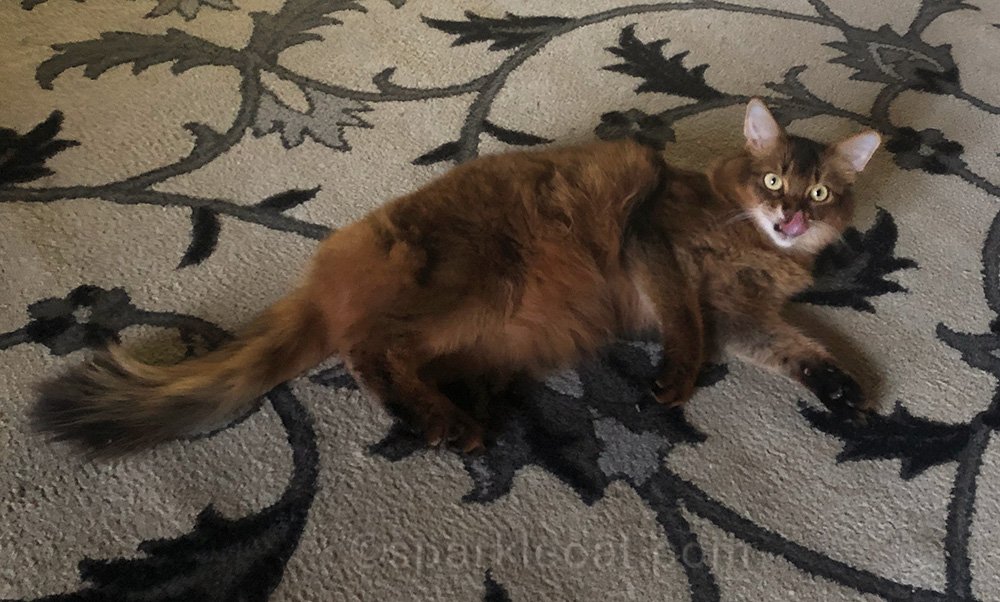 My human was on the couch a couple days ago, listening to one of her guided meditation tapes when she looked over and saw me rolling around on the rug. She was quick enough to capture me giving a raspberry, which is pretty much how I feel about being stuck at home.

I hope you enjoyed these outtakes and bonus pics! 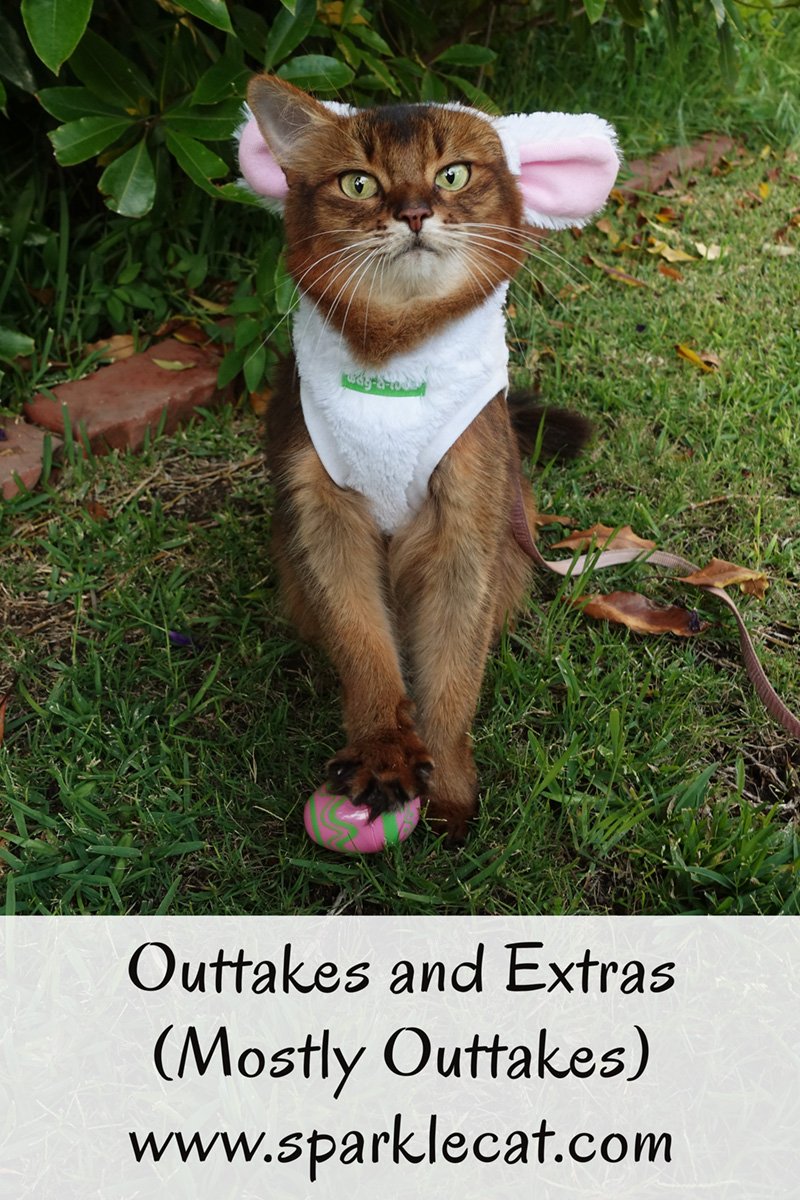