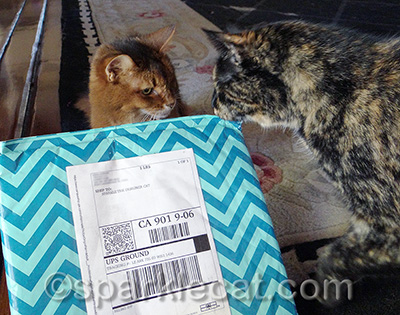 It only figures — a package from Chewy.com arrives and you-know-who immediately shows up! 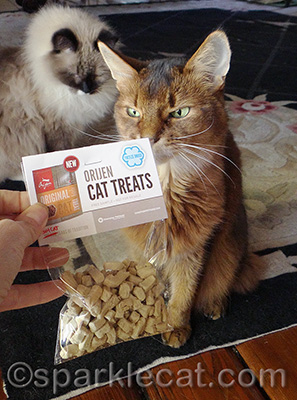 My human had to put her downstairs so she could open the package — it was a sample of Orijen freeze-dried cat treats! What a score! I have been looking forward to these because the Orijen humans have a “Biologically Appropriate” philosophy. In other words, they understand that we cats are obligate carnivores who should be eating primarily meat. The ingredients in their Original flavor freeze-dried cat treats are: chicken liver, turkey liver, boneless chicken, boneless turkey and boneless flounder. That’s it! No carbs of any sort, no weird chemicals. Just meat! 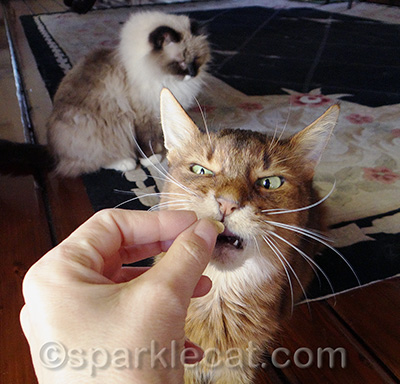 I couldn’t wait to dig in! They were yummy! 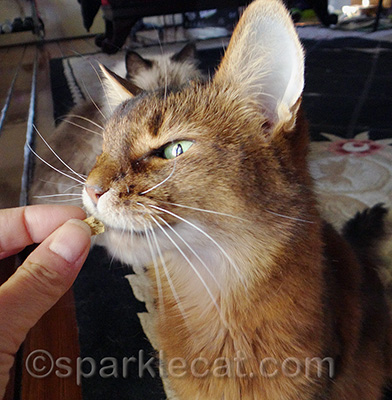 I just want to say that even though I was crazy about these treats, I was very polite about eating them! See? 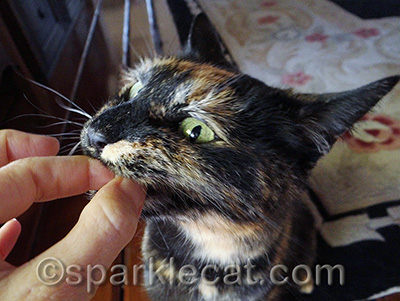 Unlike Binga, who tried to eat my human’s fingers along with the treats! Boodie doesn’t take treats from my human’s hand, but she did get some tossed her way. 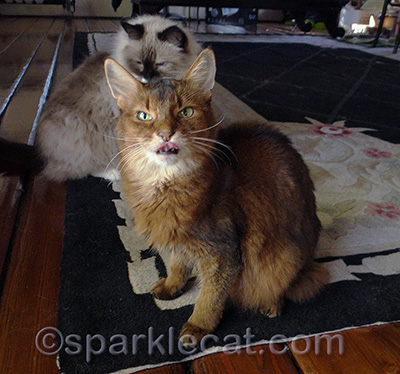 As you probably guessed, we all gave the Orijen freeze-dried cat treats four paws (and some fingers) up! Thanks for the sample, Chewy.com humans!

Disclosure: we got this treat sample for free from Chewy.com, but all opinions are our own. No fingers were hurt in the making of this blog post — at least not too badly.