You are here: Home / Diary / On Camera Talent 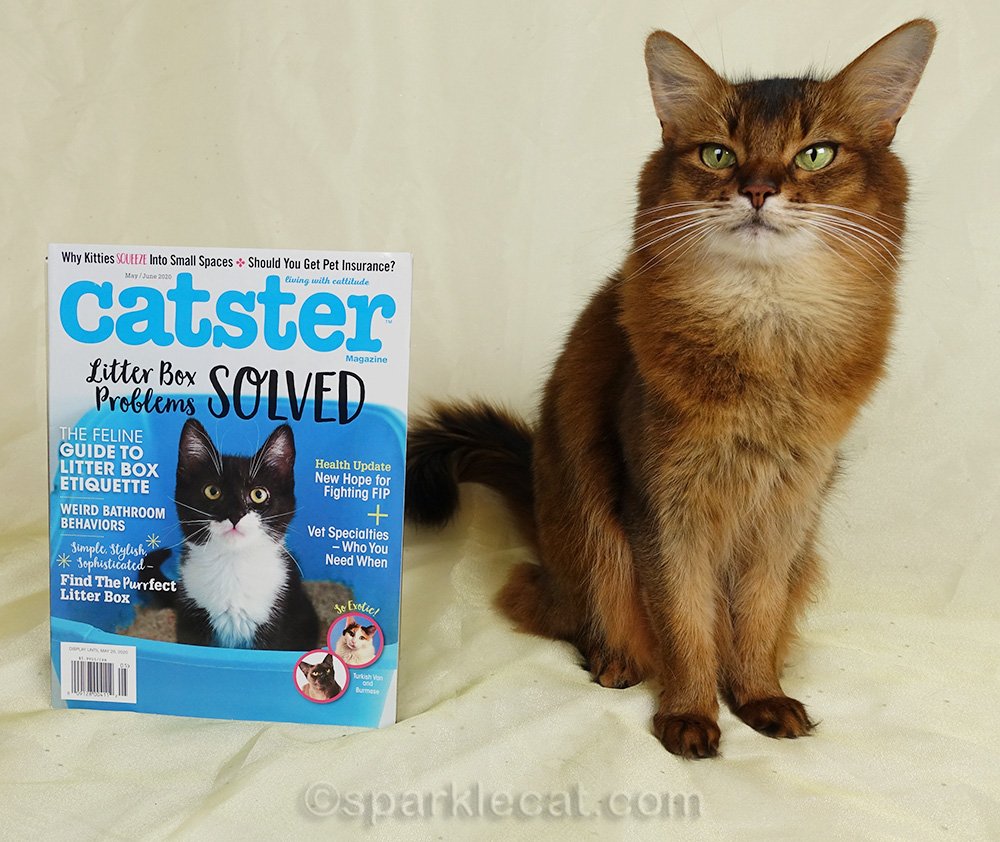 If you have a copy of the May/June issue of Catster magazine, open it up to page 31. 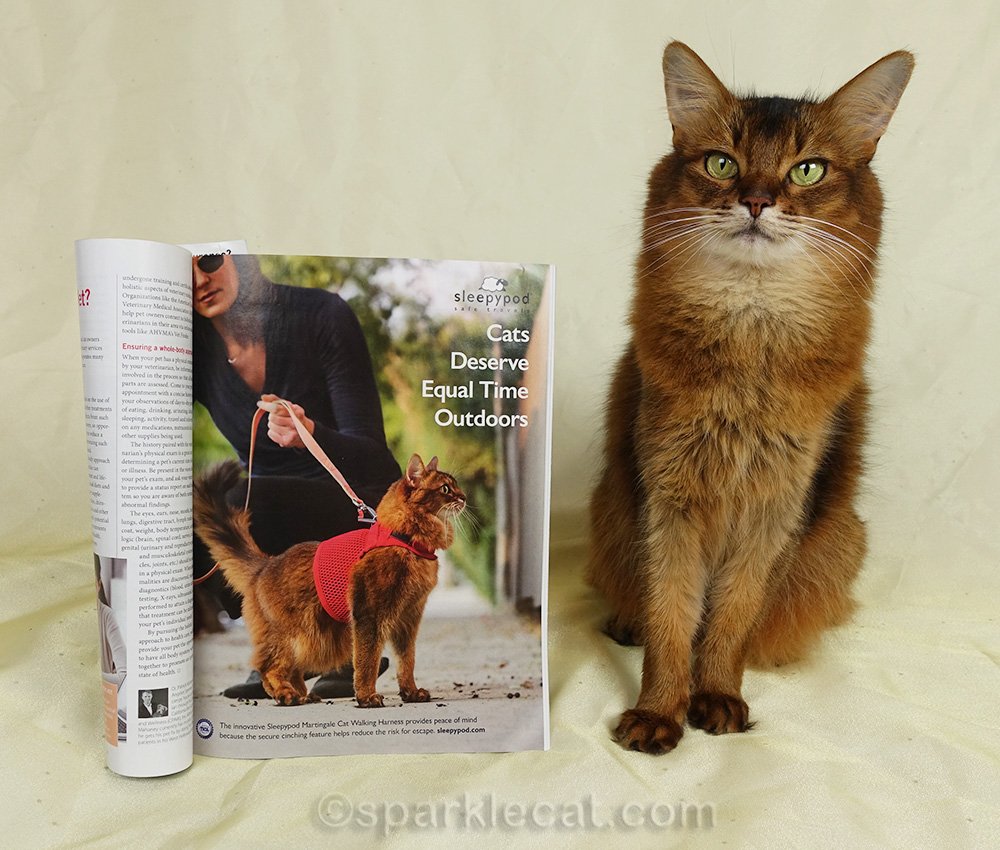 There’s a full page Sleepypod ad — featuring me! They hired me to come over to the offices as on camera talent for a video shoot. They also took some photos for ads and catalogues. I was modeling the Martingale Cat Walking Harness. I’ll tell you more about it in a later post, but for now I want to take you behind the scenes of the shoot. 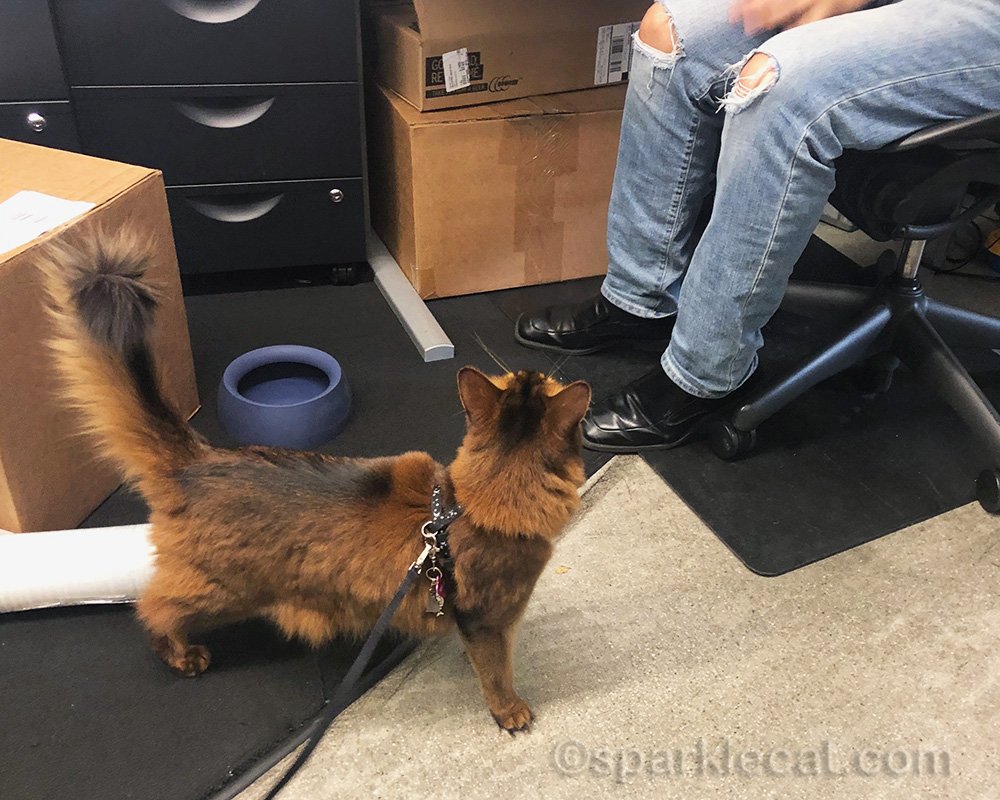 I arrived at the Sleepypod offices right on schedule. While I waited for them to finish with the dog talent, I checked out what the employees were doing. 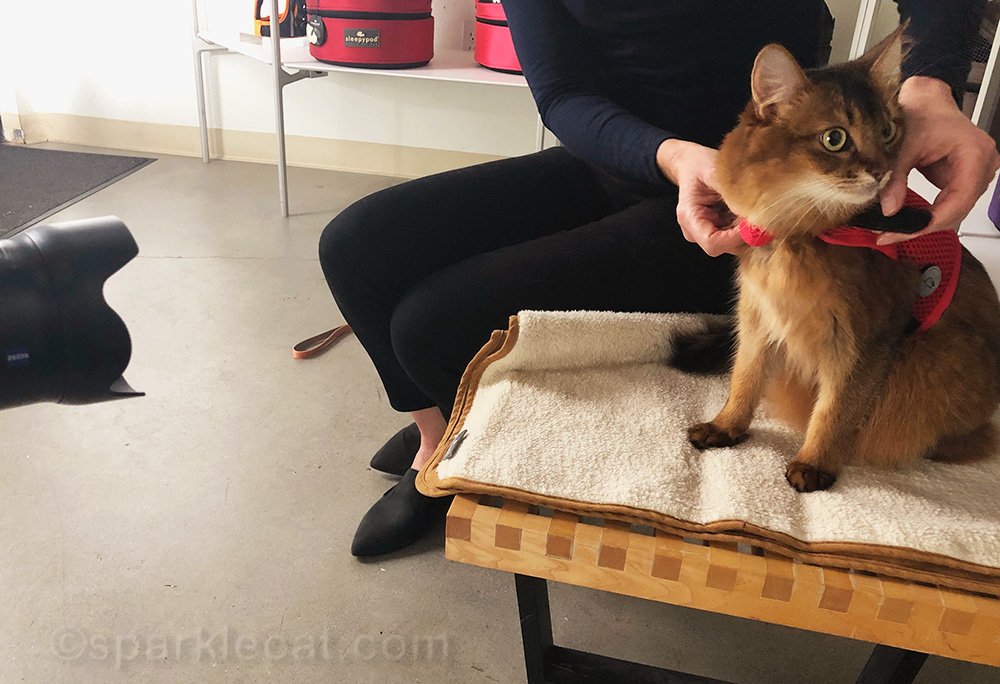 When they were ready for me, the human on camera talent, pet expert Melanie Monteiro, practiced putting the harness on. I was very cooperative. It’s not like I’ve never worn a harness before, right? 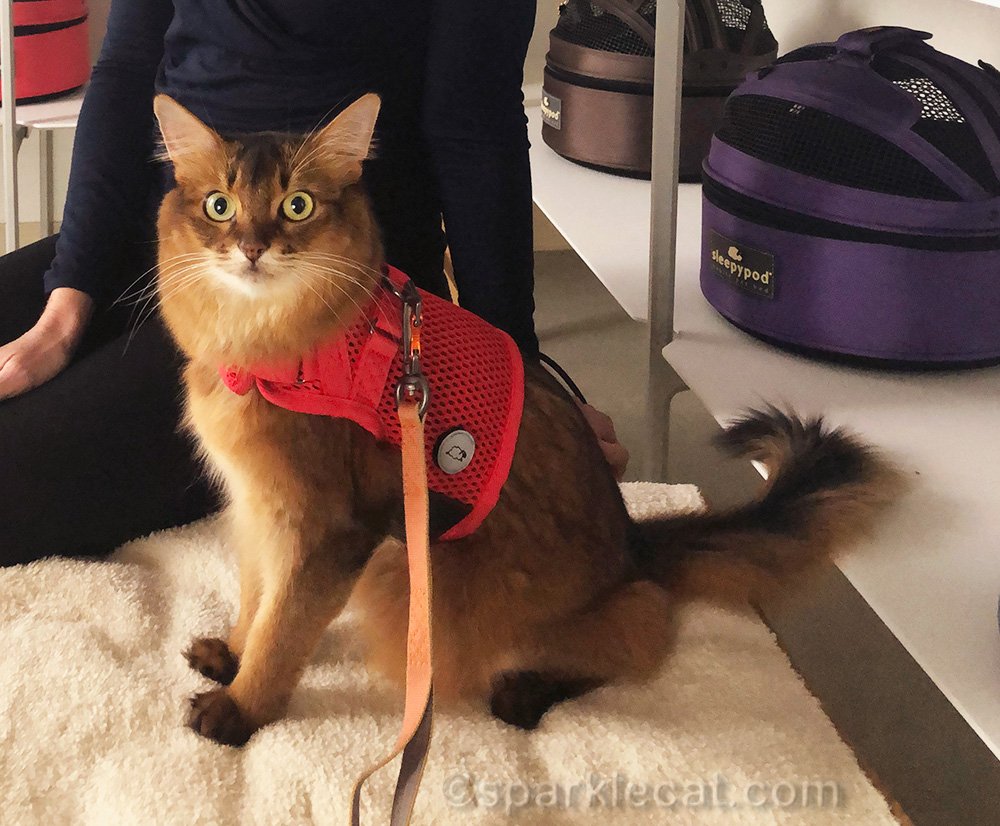 I was ready for filming! The human on camera talent had some lines she had to say. They did several takes for different purposes, and I was supposed to just sit there while she was talking. I will be honest, I was nice and patient for a while, but then I started getting up and wandering off in the middle of takes! I was a little bored, which I guess happens when you are filming. My human had sort of a difficult time convincing me that if humans had to stay for multiple takes, so did I. But we did get everything done. 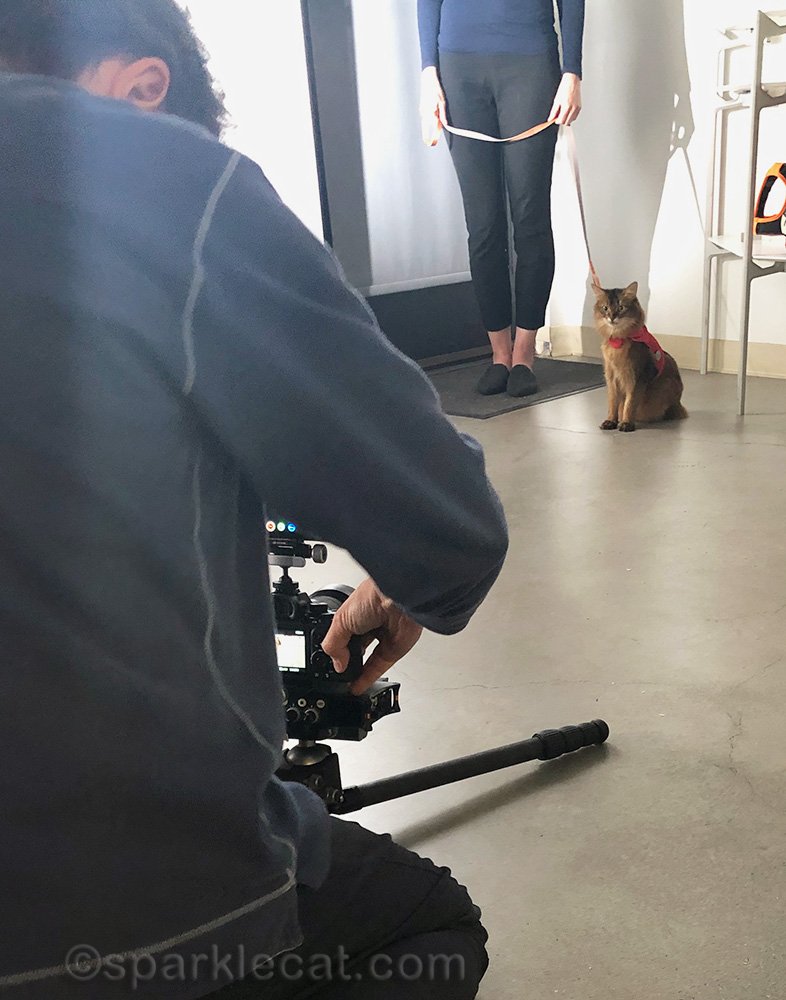 Once they were done inside, I got to go outside for a walk. 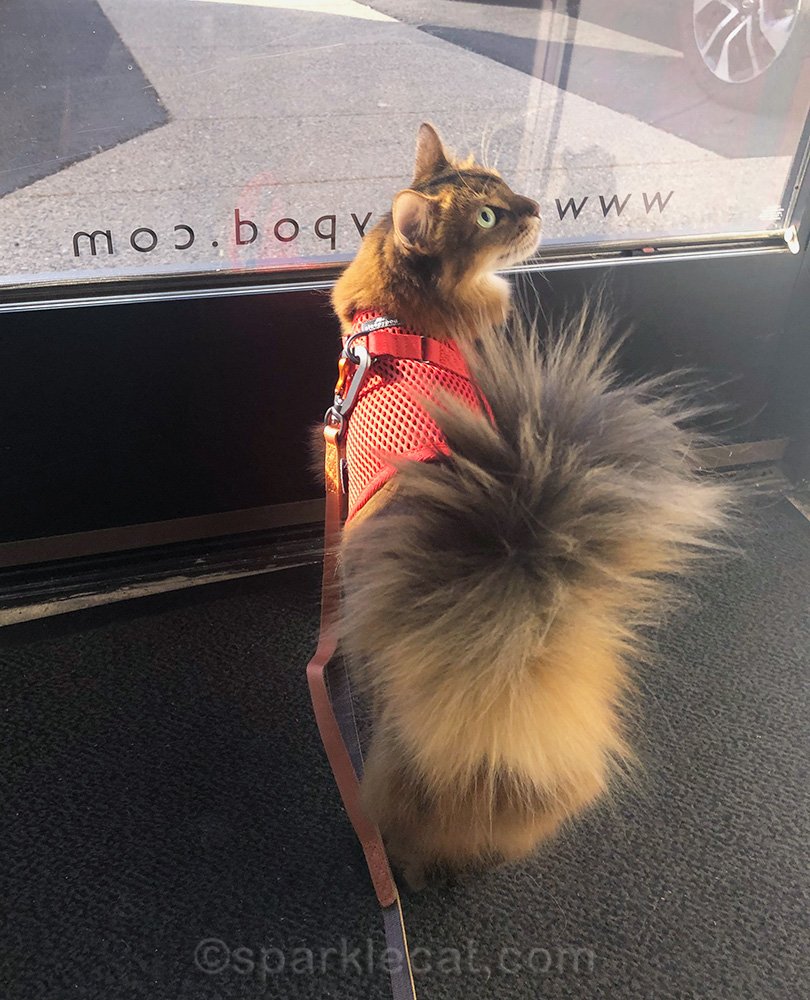 As you can see I was curious about going outside. 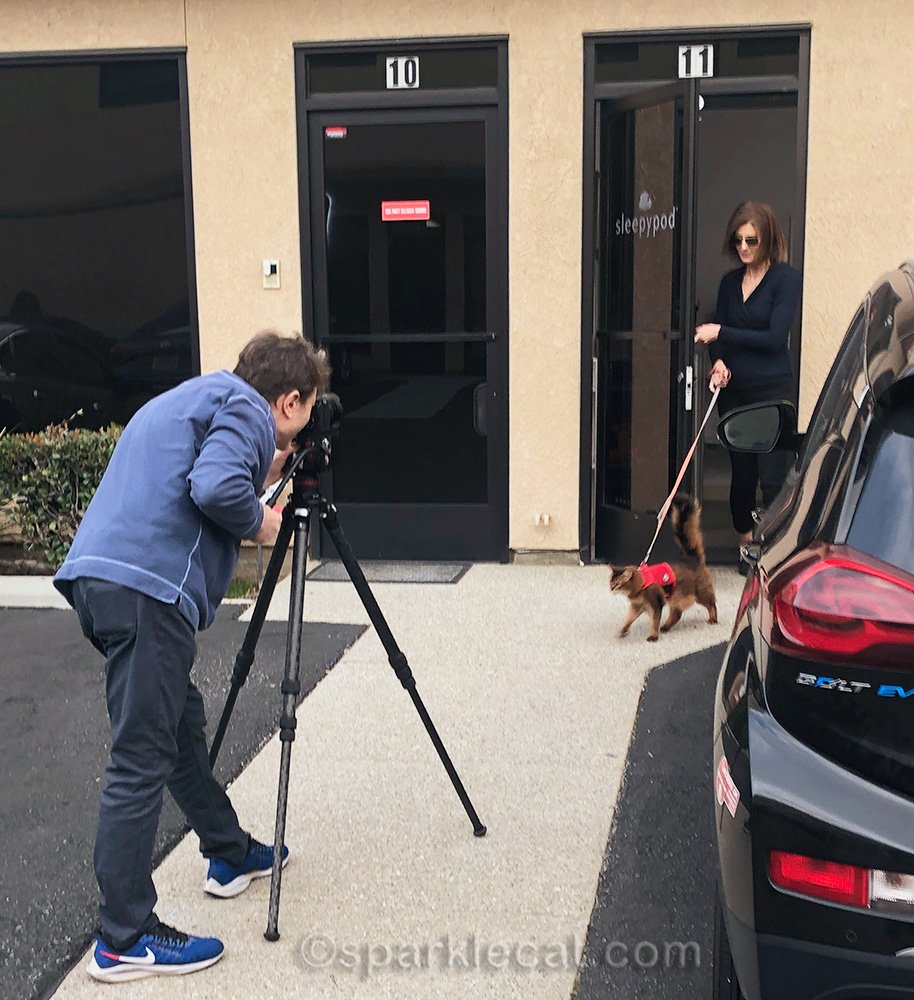 They did a couple of different set ups. The first one was me coming out the door of the Sleepypod offices. I’m really good on a leash, so this was mostly easy. 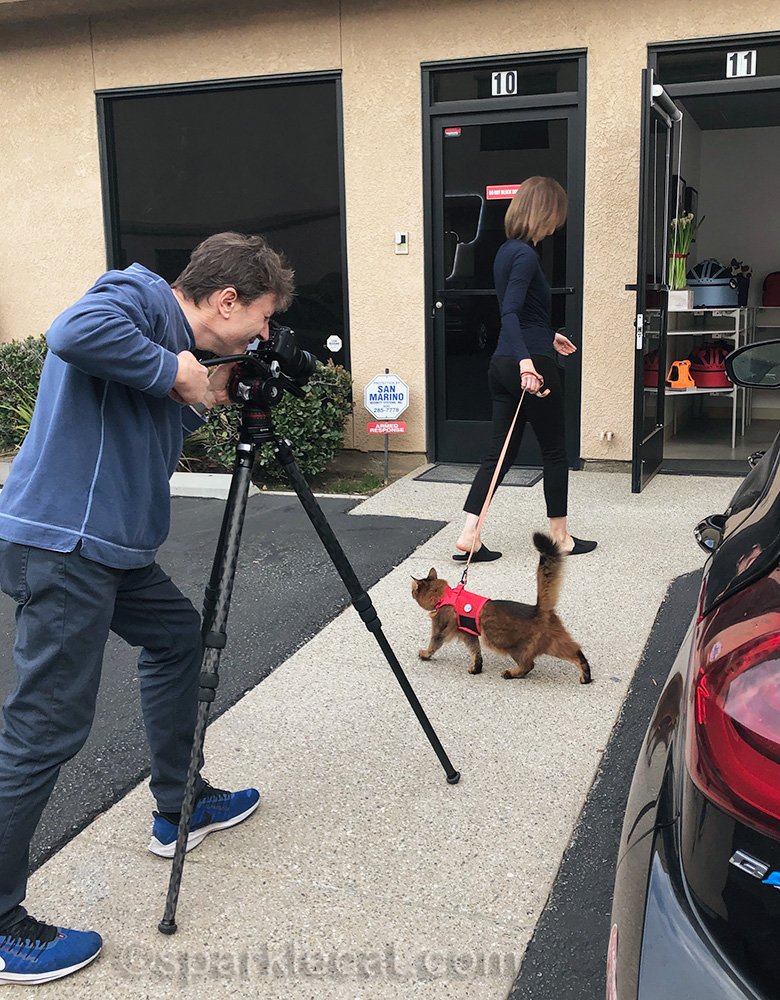 There were a couple of bad takes, though! My human kept an eye on me for the whole outside shoot to make sure I was okay and didn’t get into any trouble. 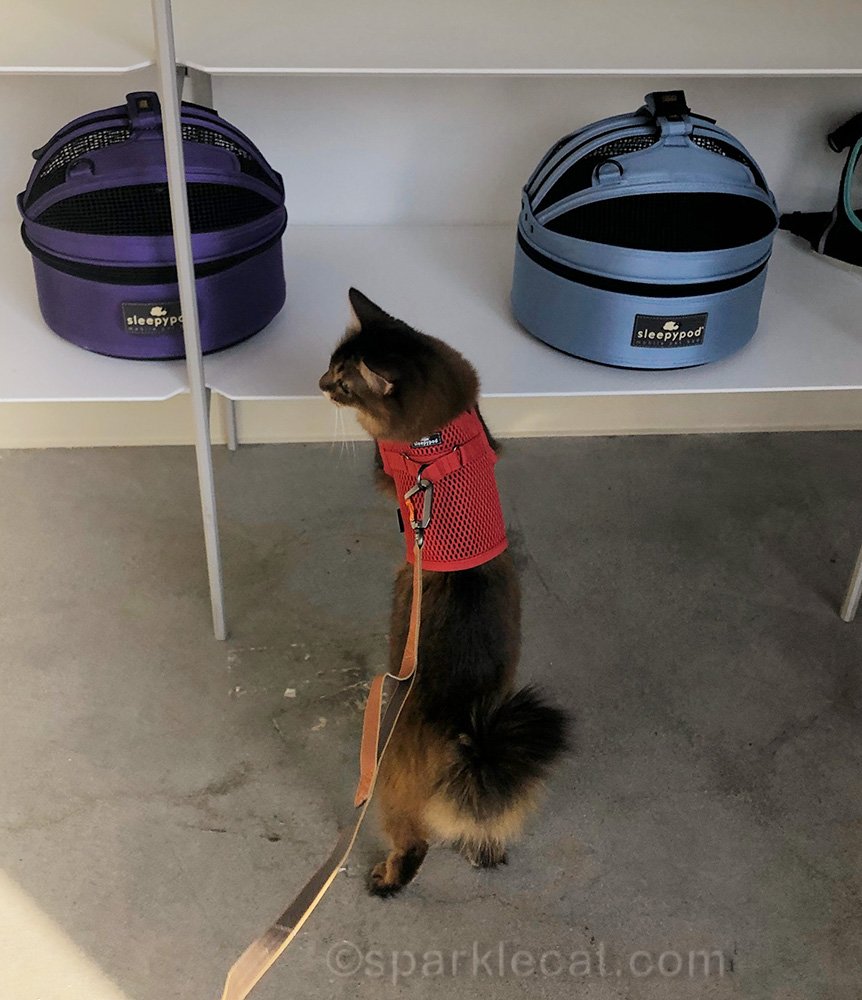 Once we were done, we came back inside and I looked around at some of the Sleepypod carriers. 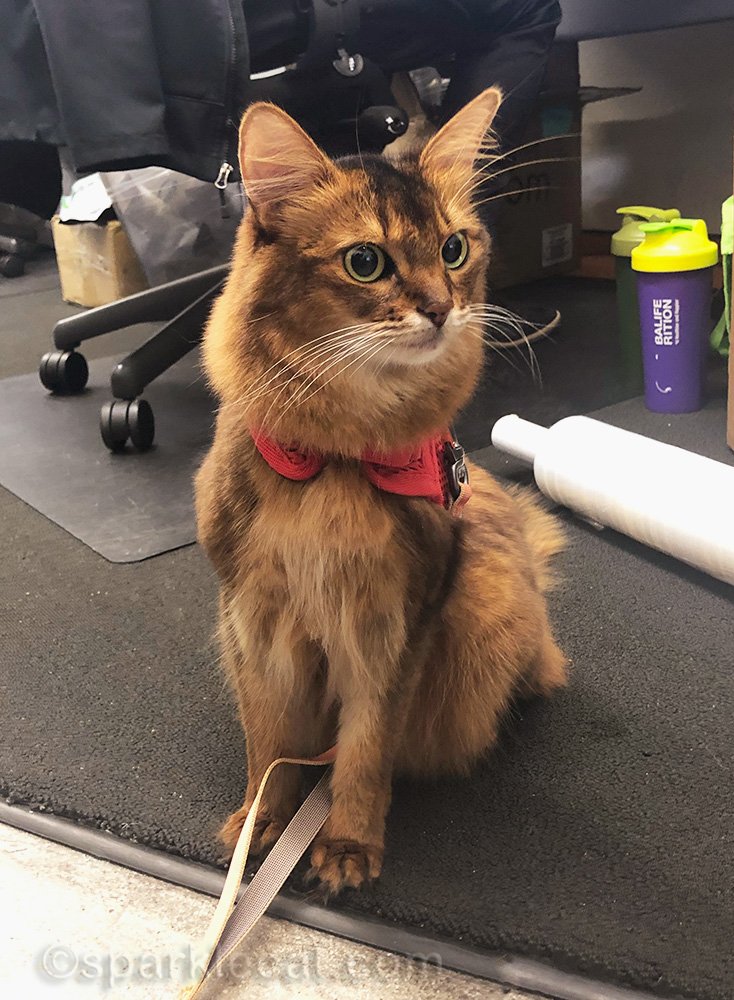 At the end of the day, they asked me to spend some time in the photo studio area, posing in different colored harnesses. It was a long day! But I got lots of treats and appreciation. 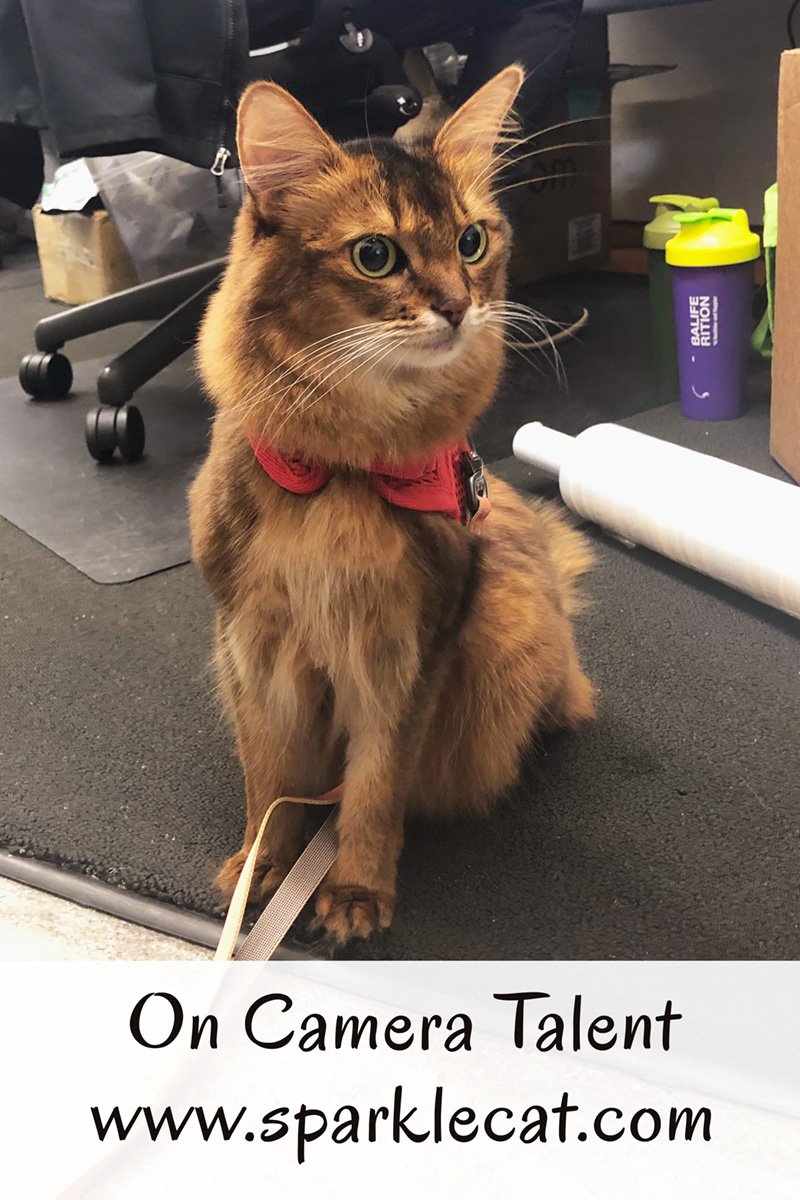