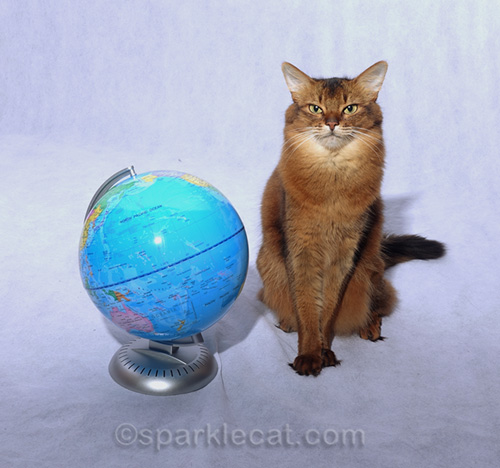 The first time was a disaster, and the second time wasn’t quite right, but we finally got it in the third photo shoot! So I’m finally officially announcing Cat World Domination Day this year! As always, it’s on June 24, which this year is a Sunday. We’ll have a party with food, selfie props, and as always, a giveaway! 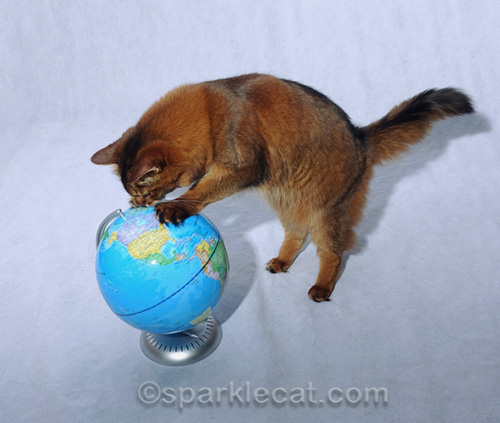 But more about this final photo shoot. My human used a setup that was pretty similar to the one from the second photo shoot. And between that shoot and this one, we had a few training sessions. I was supposed to interact with the globe somehow. Just not like I was above. 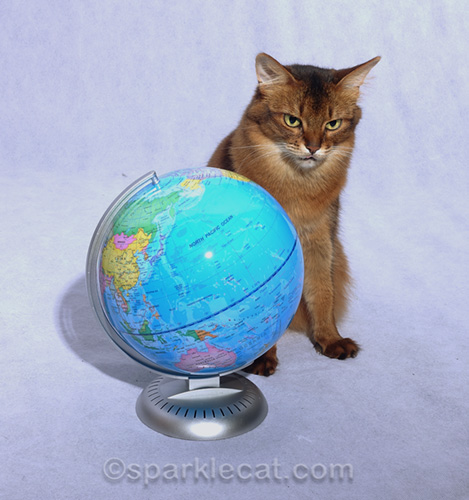 And we had more than our usual outtakes. That is no surprise, since this photo session lasted over an hour. For me, that is a real marathon! Usually they only go for about 15 minutes. 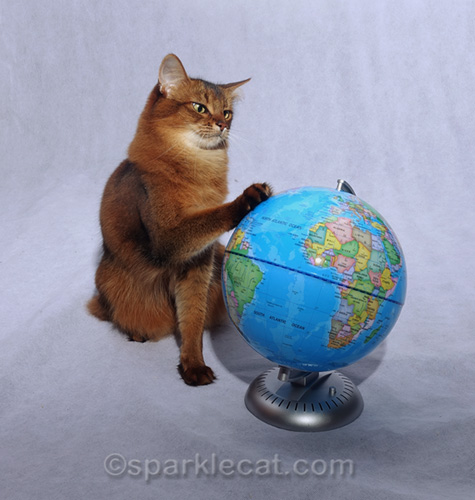 My human wanted me to touch the globe when she asked. I did, but the results weren’t always photo-ready. Plus sometimes the cheap strobe she was using didn’t go off. HBO words were used when that happened. (Not by me!) 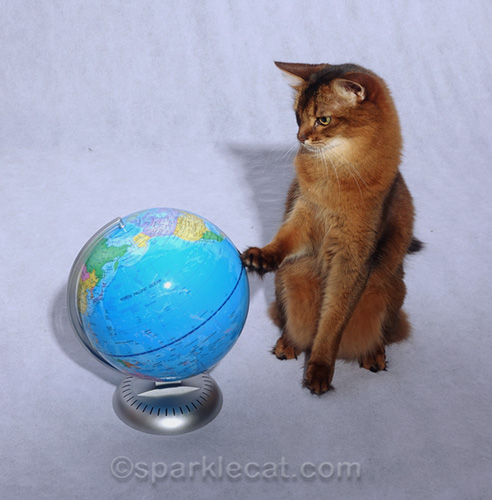 We tried rearranging the globe, and myself, several times. 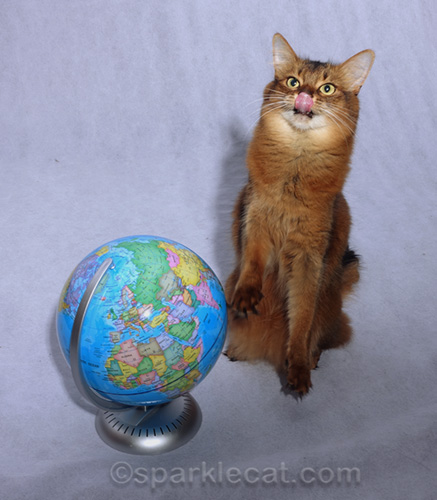 What my human really wanted was me sort of hovering and touching the globe at the same time. We worked on that for a bit… 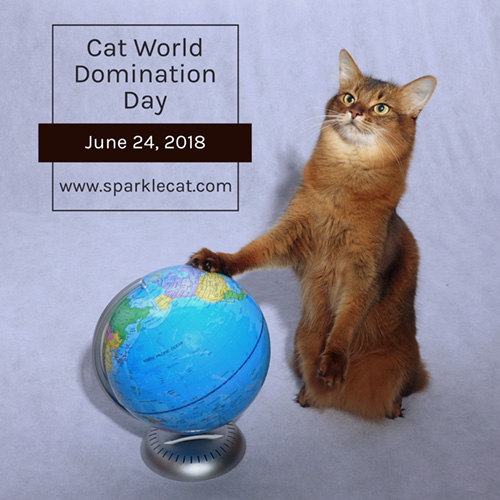 And we got it! The above is the official Cat World Domination Day graphic for this year. Feel free to take it. 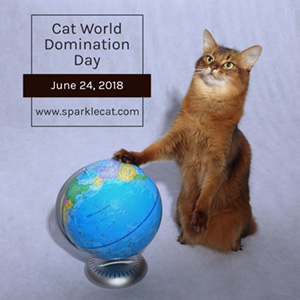 And here is the smaller size if you’d rather have that. I also have bigger sizes — let me know if you are interested!