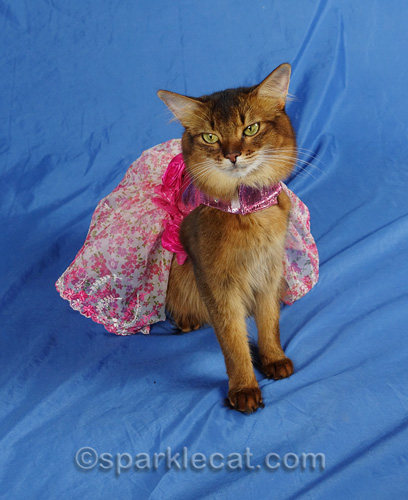 I thought after showing you yesterday’s outtake from this session that I would show you some of the rest of the photo shoot. These photos were done after my airplane photos. My human hates wasting a backdrop, so she took off the clouds and put a couple of dresses on me. While I can’t say it was a fashion FAIL (I like the dresses and they are pretty), the photo shoot was only mediocre. The shots are okay, but they don’t really pop. Maybe I was popped out after the airplane pictures! 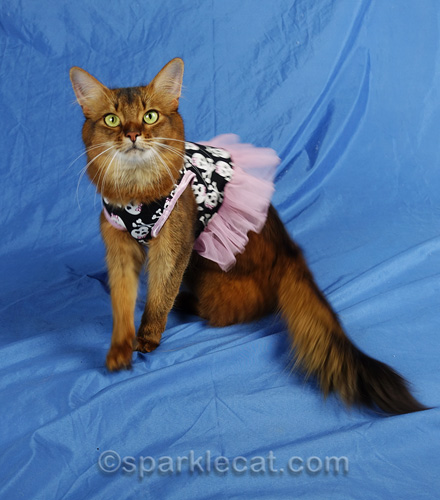 This actually would have been a cool shot had parts of me not been out of focus. 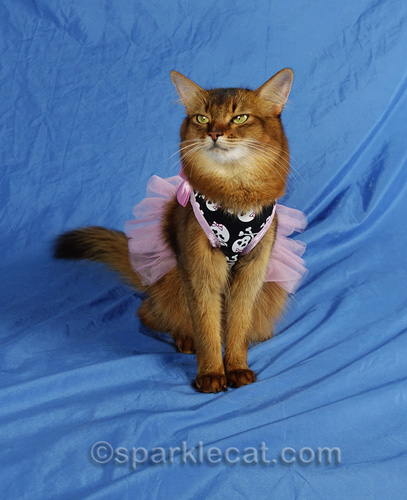 This came closest to a good pose from me, but it doesn’t really show off the details of the dress. 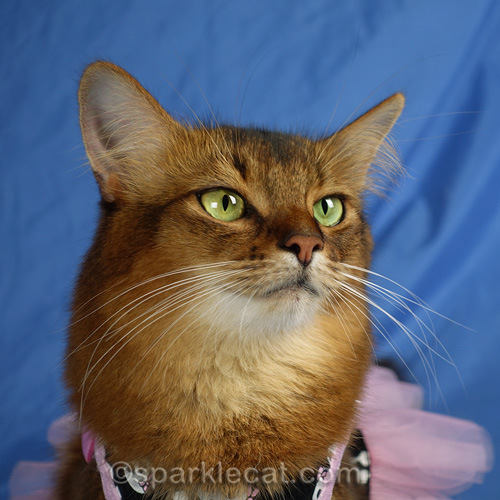 This is a lovely portrait of me… the only problem is the dress is distracting! It would have been much better if my human had taken off my dress before going in close. 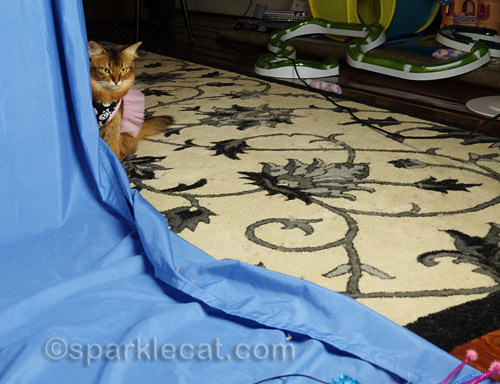 But the dresses part of the photo shoot wasn’t a total loss — I got a fun play session out of it! 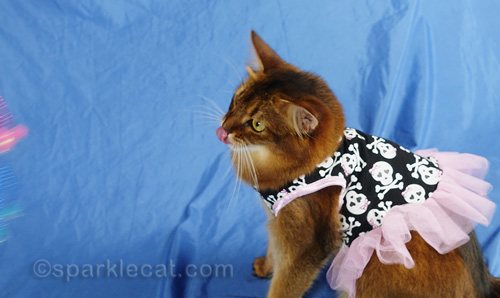 And here is an outtake that didn’t make yesterday’s outtake post! Would you call that a double outtake?