You are here: Home / Diary / Not My Kitty Birthday 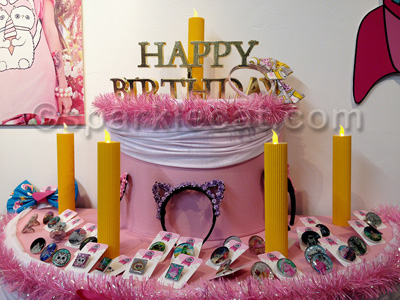 My human found out from the Catsparella blog that a store not far from us called JapanLA was celebrating its seventh birthday. It looked like about 90% of the things they sold had cats on them, so she had to go. 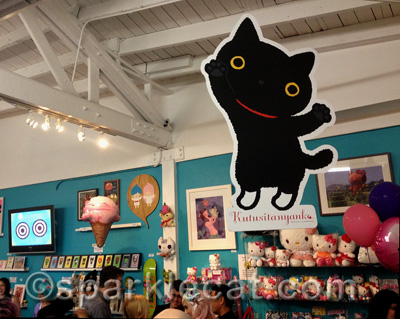 It was a mob scene! There was even a huge line to get in… and this was a store where humans buy stuff, not a club! And of course my human did not get herself on any list ahead of time or flash her Cat Writers Association card; she just waited in line like a peon. I am surprised she has survived in Los Angeles for as long as she has. Anyhow, once she got in, she saw she was right — this place was pretty much packed to the gills with kitty themed things, not to mention other humans who were considerably younger than she was. 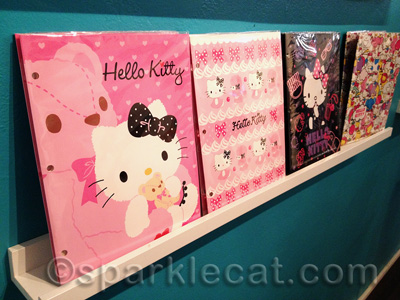 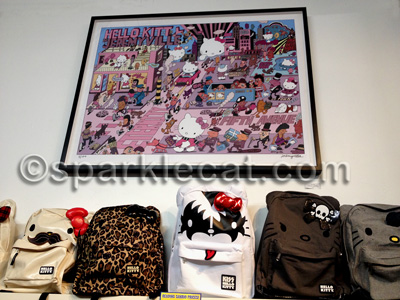 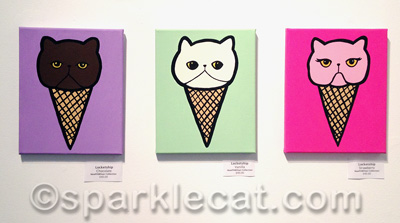 There was also an art show. I am surprised my human did not plunk down even more money for something else to hang on our office wall. But she managed to restrain herself. 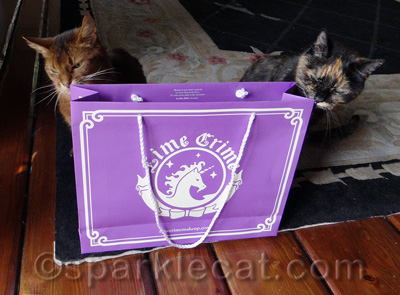 She did buy a couple of small things, which the cashier put in this awesome, way oversized bag! Binga and I were all over it in a flash. 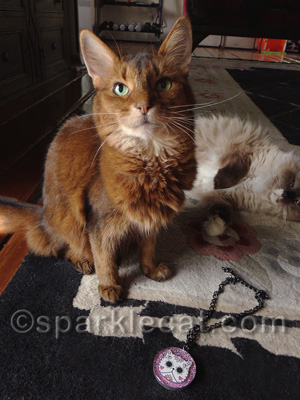 As soon as she saw what my human bought, though, Binga took off. After all, who cares about a silly necklace? 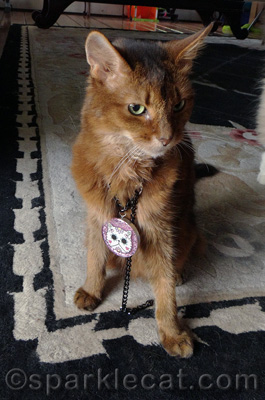 And for once I think she had the right idea because I had to model it. I was not pleased. 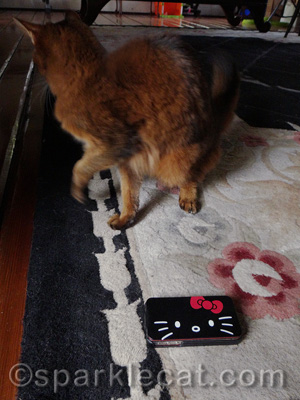 I refused to pose with the Hello Kitty iPhone case.

Remember to nominate me for The Petties, especially my story Humans Are Willfully Destroying Our Bird TV (https://www.sparklecat.com/special/humans-are-willfully-destroying-our-bird-tv) for Best Blog Post! You can do this every day until June 28 — the more times, the better!