You are here: Home / Diary / A Nice Therapy Cat Visit 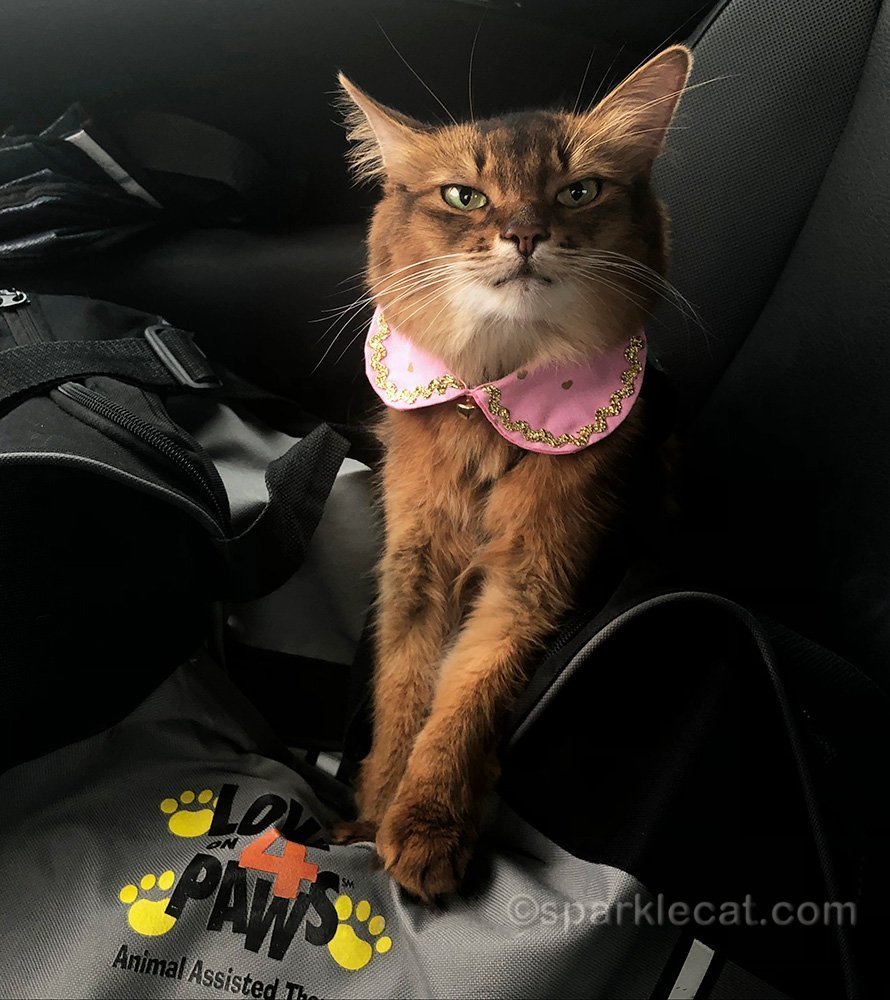 I had a nice visit at the hospital on Friday. We didn’t know where the patients were at first, though — on both wings of the first floor we visited, the front half was empty and all the patients were in the back half!

The first patient I saw was a man lying in bed, and he was one of those whose face lights up when they see me. So I snuggled with him while he chatted with my human. He asked if cats were extra sensitive to earthquakes, since he was told the cat at home was running around before the first earthquake happened. My human told him yes (even though I pretty much ignored that earthquake! I did feel the second one — for the record, we are far enough away that there was no danger).

The second patient was sitting up. His table was clear and had no food on it, so my human set me on it so I could visit with him. It was easier than sitting on his lap. To be honest, I’m not the best nap snuggler. He was nice, and we had a good visit.

We went to the other floor, and when we came out of the elevator, there were three women sitting on the couches facing the elevator doors. They didn’t speak English, but they had fun visiting with me before we went to the wings with the patients.

First we saw a young man, who had a couple about the same age as him visiting. My human assumed he was a musician because the woman asked if we visited musicians often. I enjoyed lying down next to the patient and offering my healing purrs. “My girlfriend and I have a cat and he would never do this!” he said. They all asked me lots of questions about therapy cats and dogs, and my human had fun talking to them.

The last patient I saw was a man being visited by his wife. The doctor came in right after we did for a quick check up. He spoke to the couple in Spanish, and I have to give my human credit for understanding a lot of what he said! When he finished, I settled in with the patient. It was a quiet visit, but really nice. At the end, the women we had seen by the elevators came in, and they were amused to see me again. My human picked me up to leave, and the patient took my paw and said, “Bye-bye, Chiquita.”

I had an especially good time this visit. 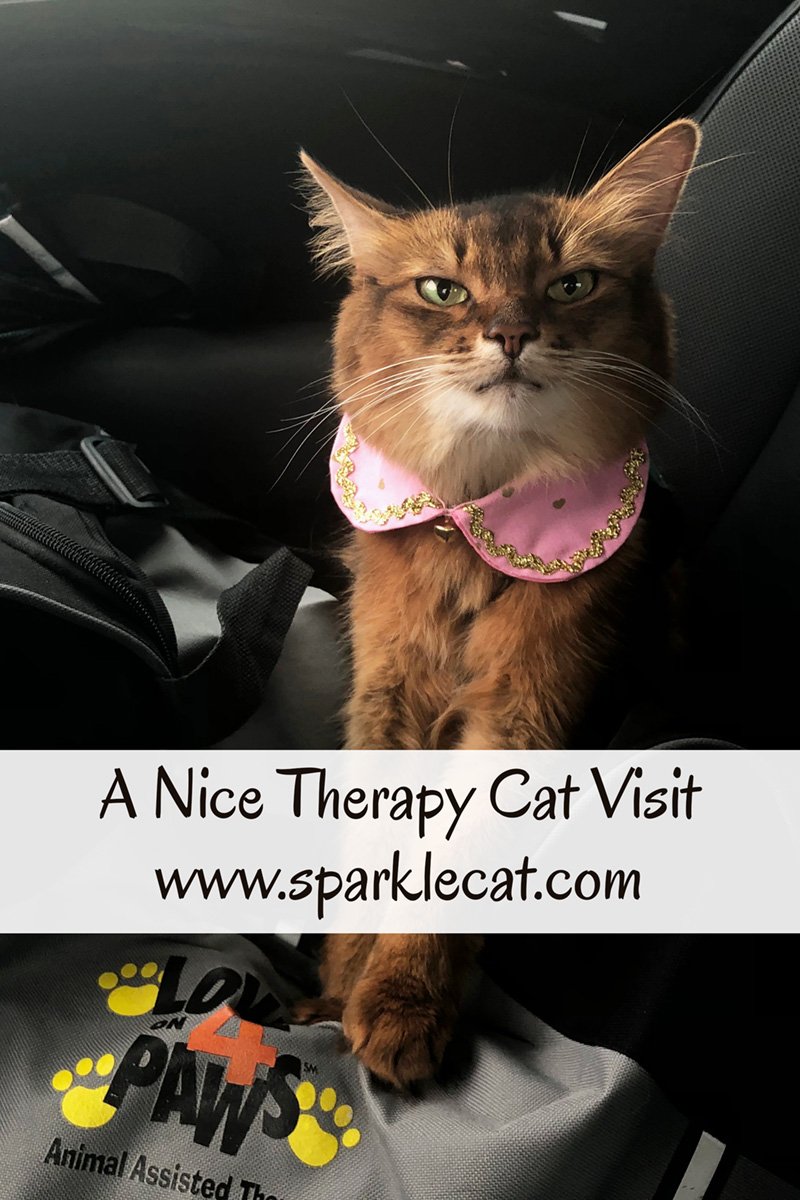