You are here: Home / Diary / My Nice Cat Show Weekend 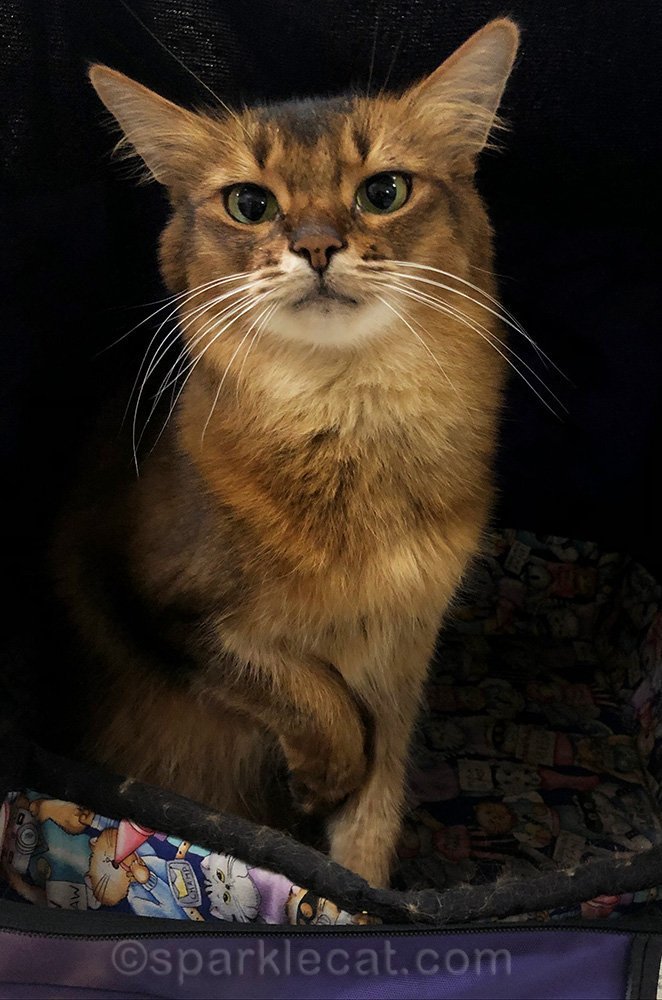 I had a really nice time at this weekend’s cat show! It was fun because it was local, and there wasn’t a lot of driving. And even though I love hotel rooms, sometimes it’s nice to come home to your own bed. 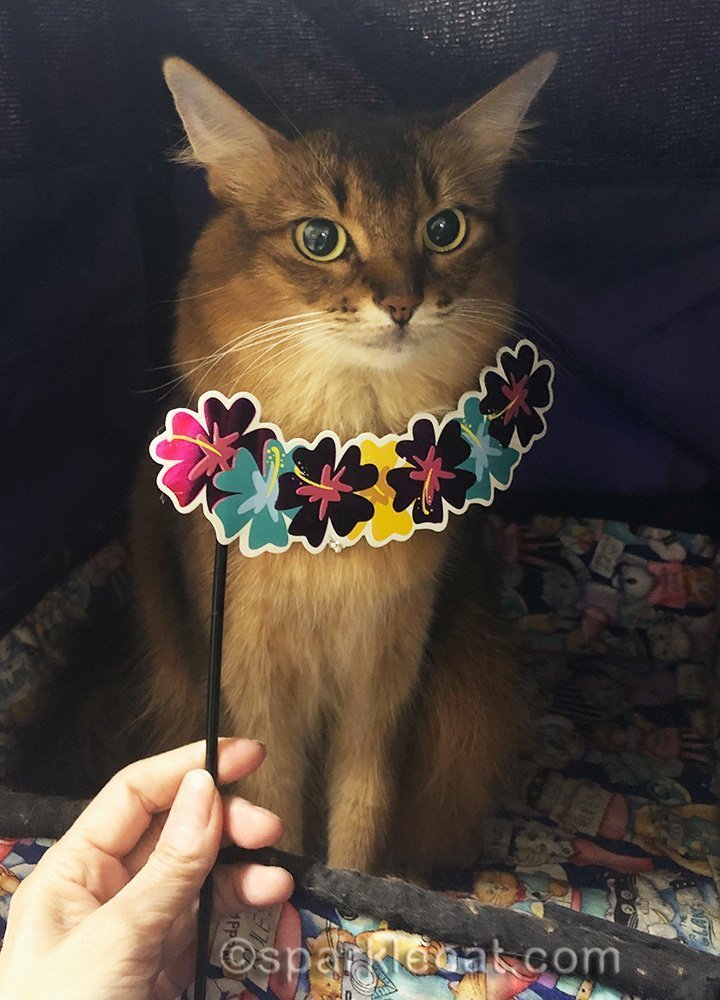 My breeder was there, and she brought me some new photo props. These had a Hawaiian theme. The lei is the only one my human got me to pose with this time around. 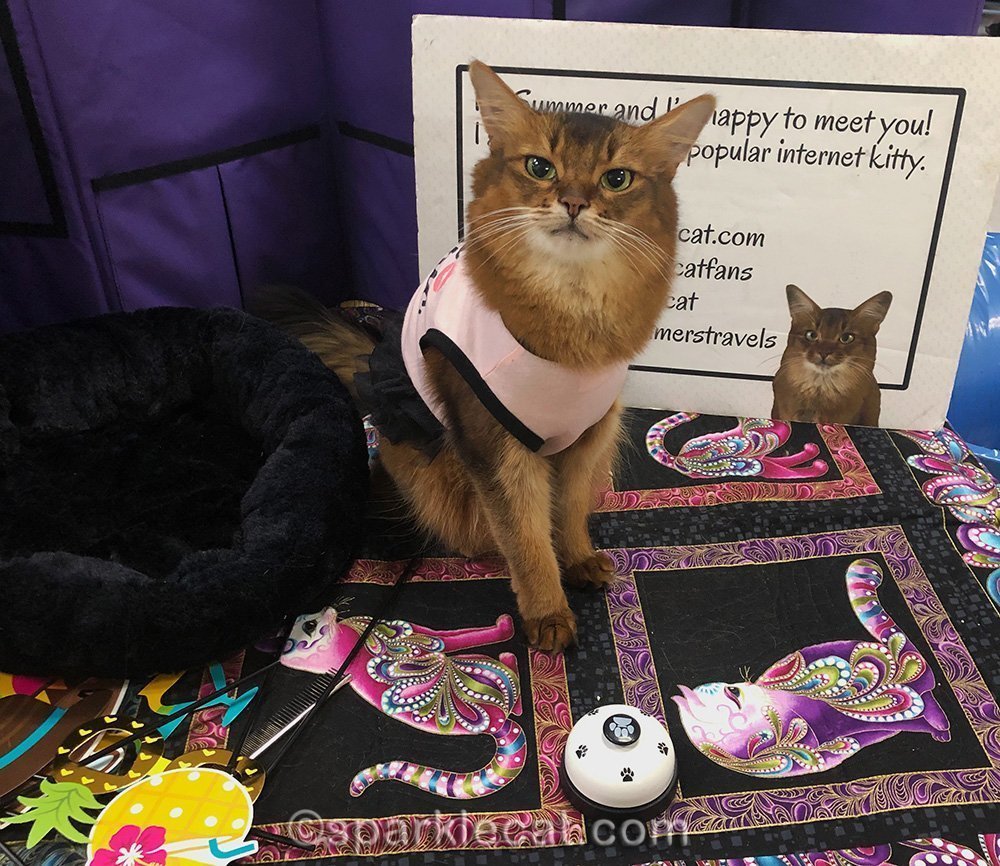 Here is my space for meeting the public. It was right by the kitchen. I rang my bell lots this time, and since the kitchen ordering table had a bell too, it confused the order takers a bunch of times! They thought some kid was playing tricks on them because they kept hearing the bell ringing. It was funny when they figured out what was happening. 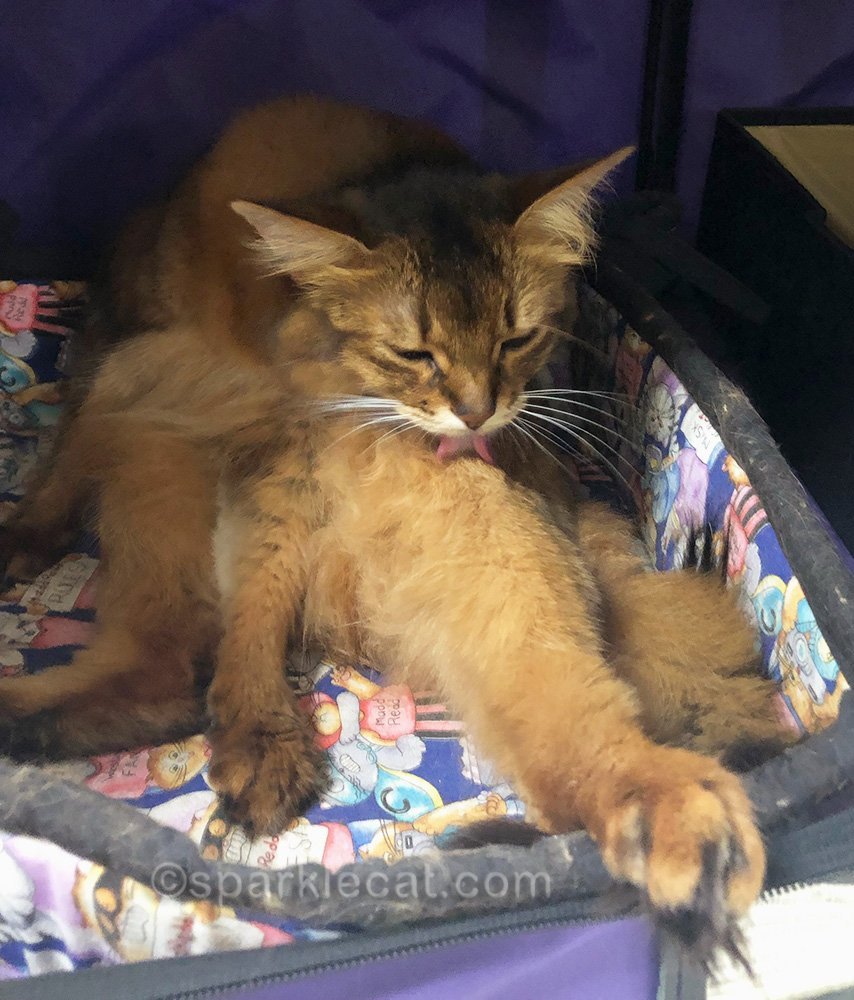 When I wasn’t greeting people, I either napped in my enclosure, or sometimes I was making sure I was properly groomed. I don’t know why my human put in extra effort with the combs she has for me. I think I did a pretty good job on my own. 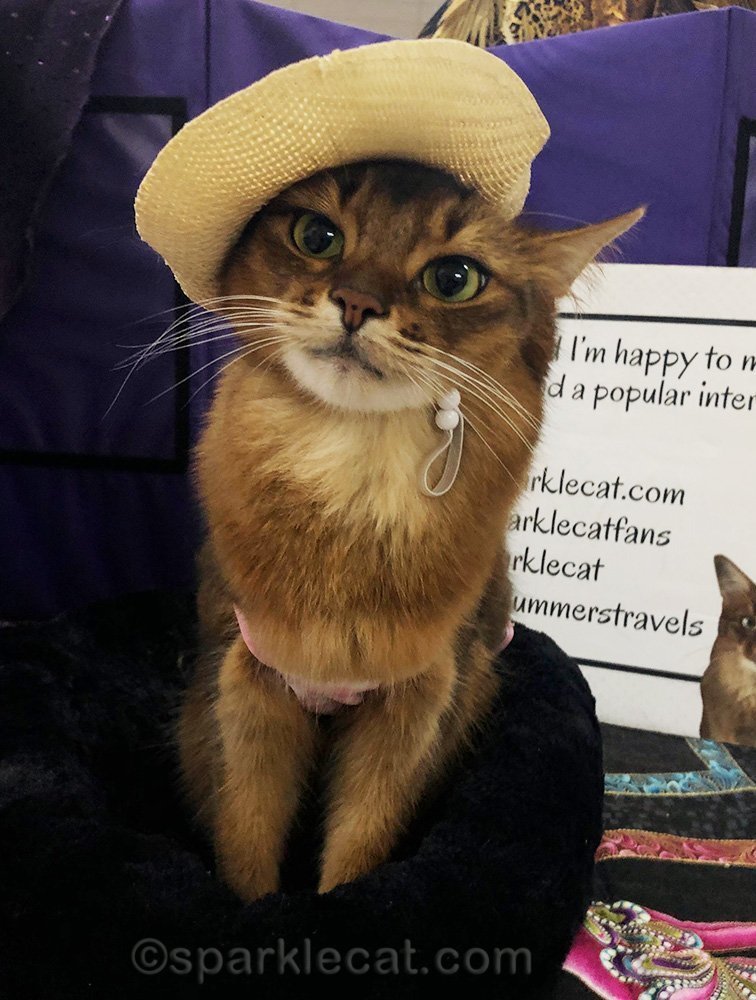 I had several different wardrobe changes. I even wore my bikini and straw hat. My human and I did a couple of live Instagram stories, just for fun, and one of them showed me in this outfit. 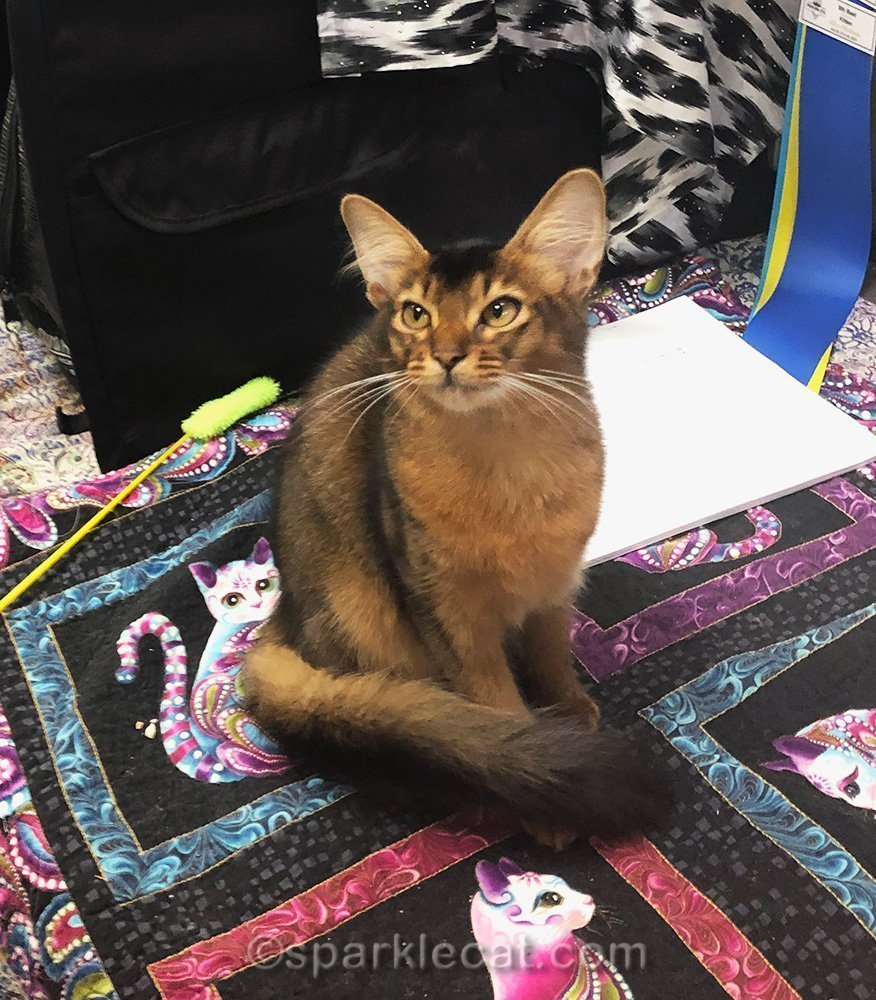 It was also the first show for my four-month-old niece! Her father is my half-brother Chilly. For such a young age, she has amazing color and ticking. 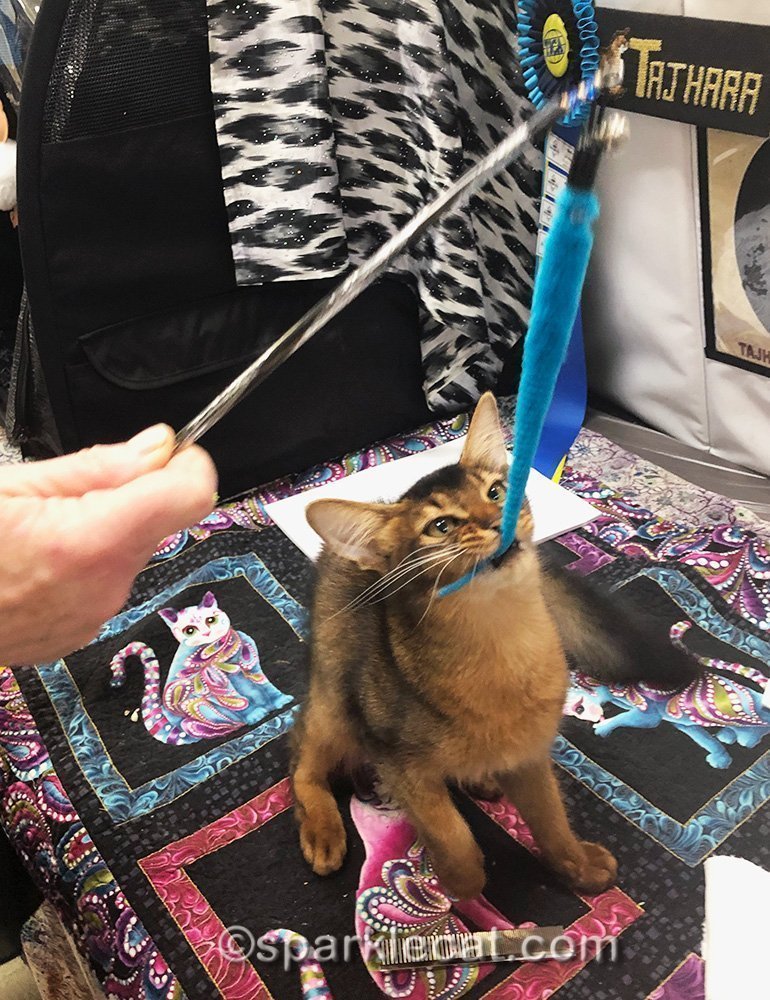 She was also very fun and playful! 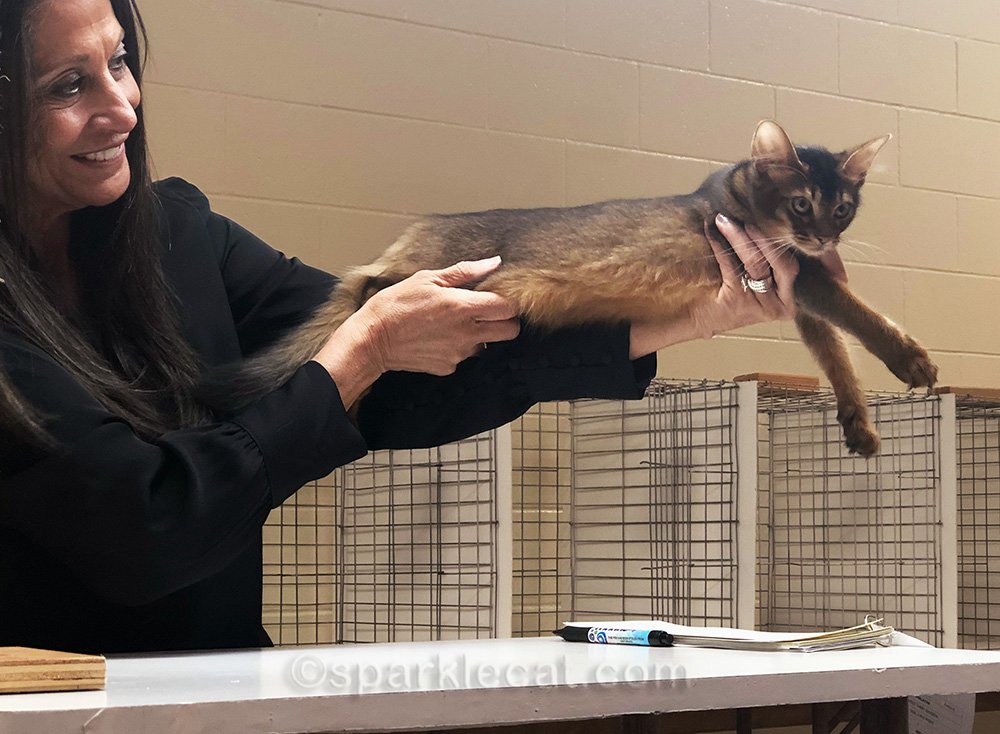 The judges were really impressed with her, and many of them placed her above another Somali kitten who was nearly 8 months old and way more mature. 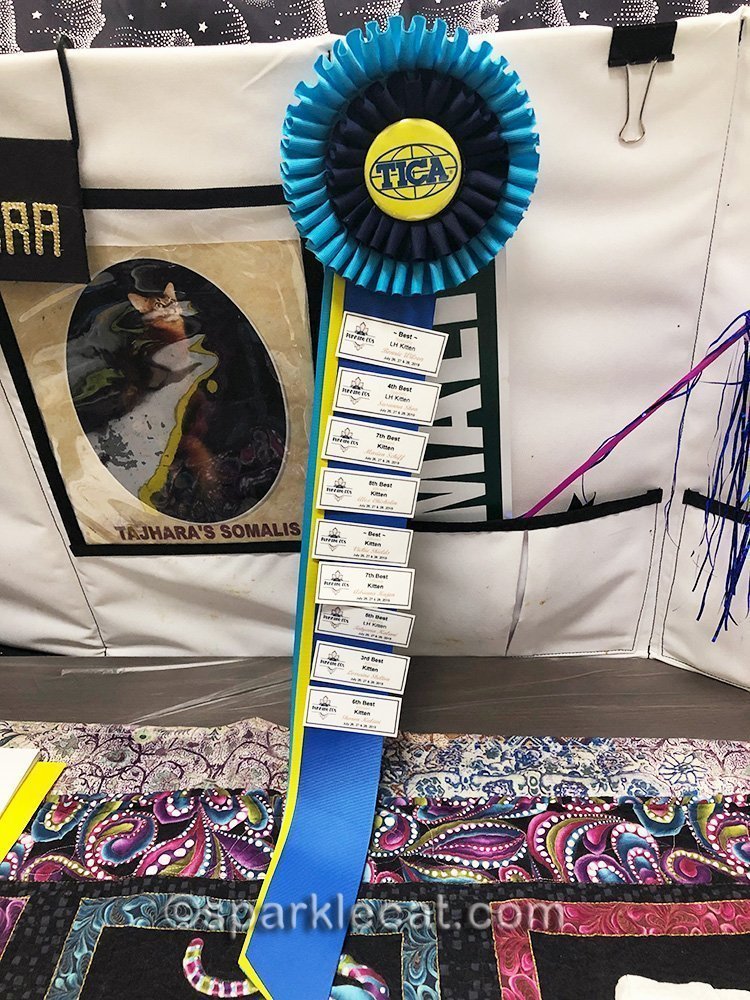 She got nine finals out of 15 rings in her very first show, including a couple of Best Kittens! That is really impressive. 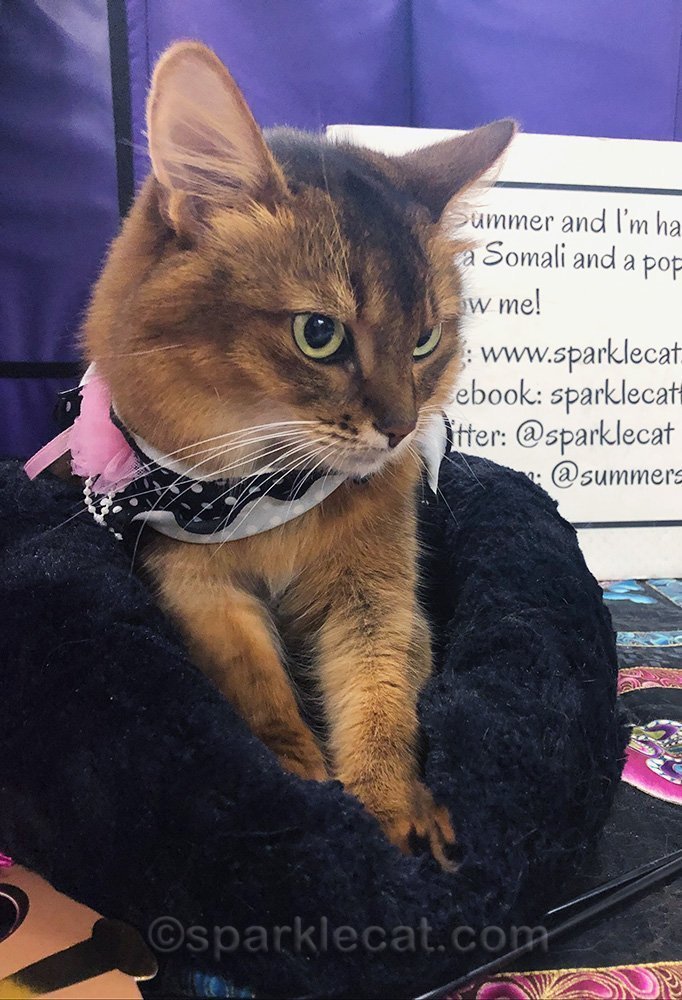 I’m perfectly satisfied to leave the competing to other cats. I prefer visiting with people and making them happy. And I did have a very nice time doing that. 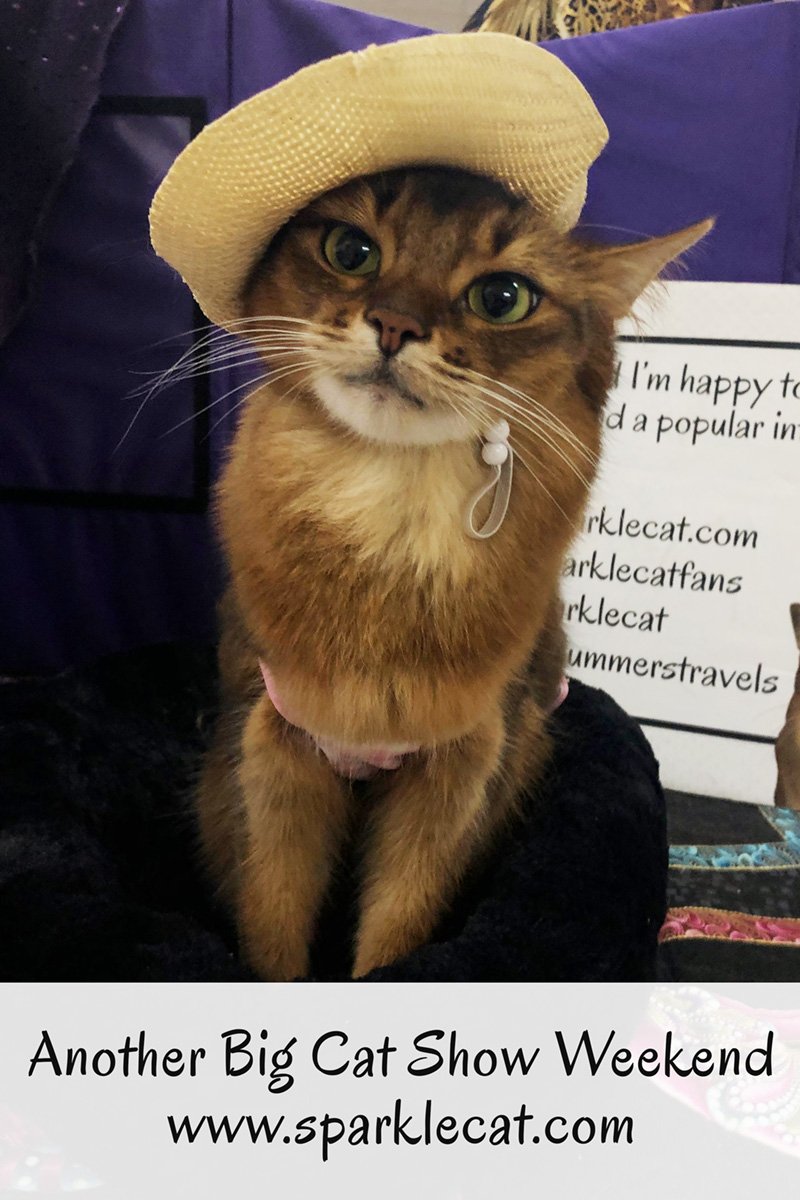