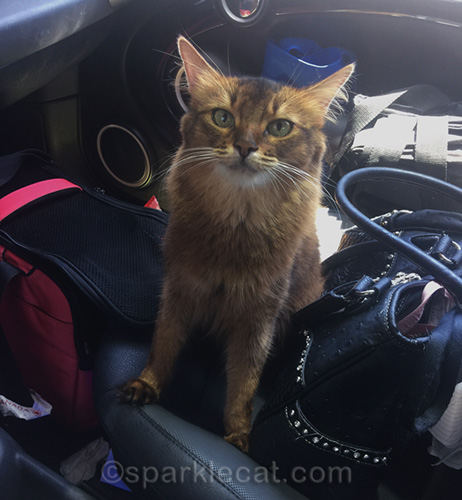 I had a fun day! I got to go to a new (to me) pet shop. It’s just over the hill in Highland Park and it’s called Rosie Bunny Bean. So that makes three indie pet shops that are only minutes from my house! Isn’t that cool? The area I live in really loves its pets. 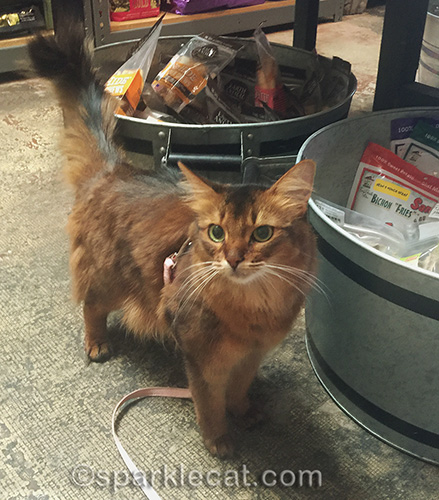 A guy with his dog was just leaving when we got there, and there were no other pets in the store, so I got to hang out on my leash right away. 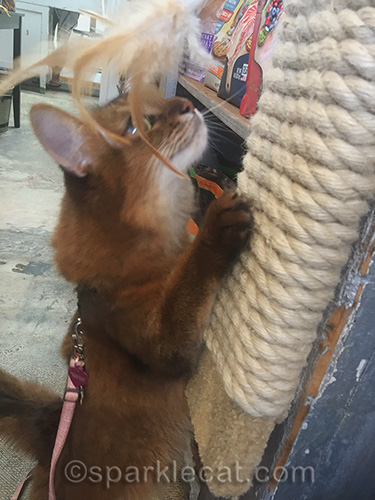 My spoilsport human said I was not allowed to try out the merchandise. She’s no fun. 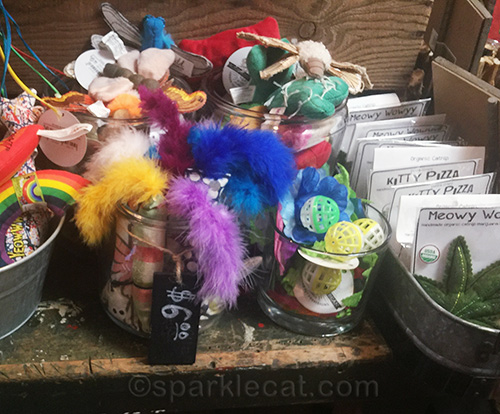 Anyhow, I wasn’t really there for myself. My human and I were picking out a couple of final trinkets for my Cat World Domination Day giveaway package. It’s going to be a very nice prize! 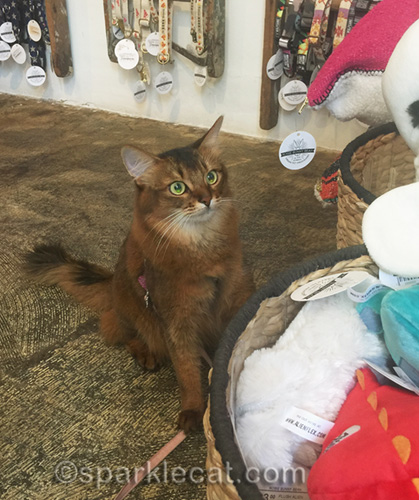 Besides all the cool pet stuff, I saw something very unusual! 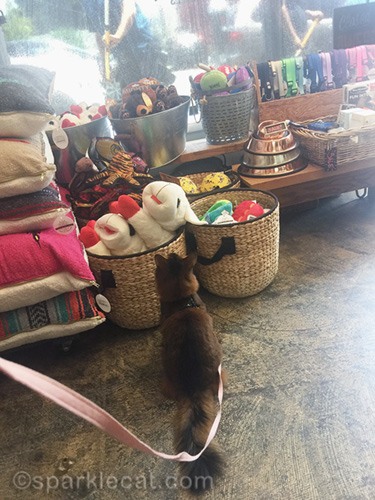 There were these two guys spraying water all over the window, and cleaning it with poles! My human worried that they were going to scare me, but I was fascinated. 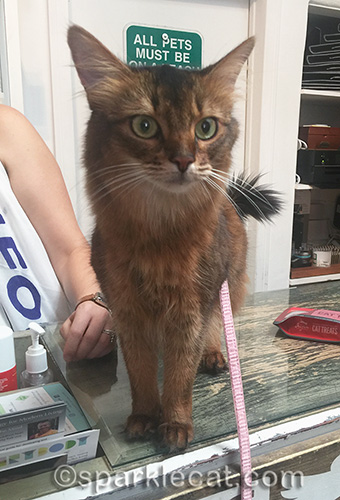 There was a bucket of treats at the checkout. I immediately buried my face in them, but my human told me that was rude. So I did a couple of high fives to make up for it. Then I saw something else crazy! 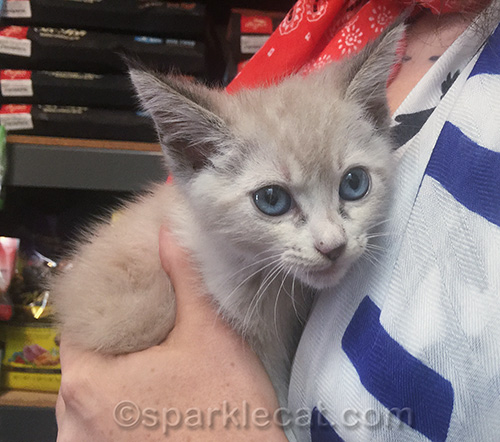 Two boys walked in with a kitten! The pet shop owners were helping them with her because she was covered in fleas. She was a sweet little thing, but very scared. The little boys were nice, but I’d had so many treats by then, I wouldn’t do any more high fives. I did enjoy letting them pet me, though. So I had a very cool visit!