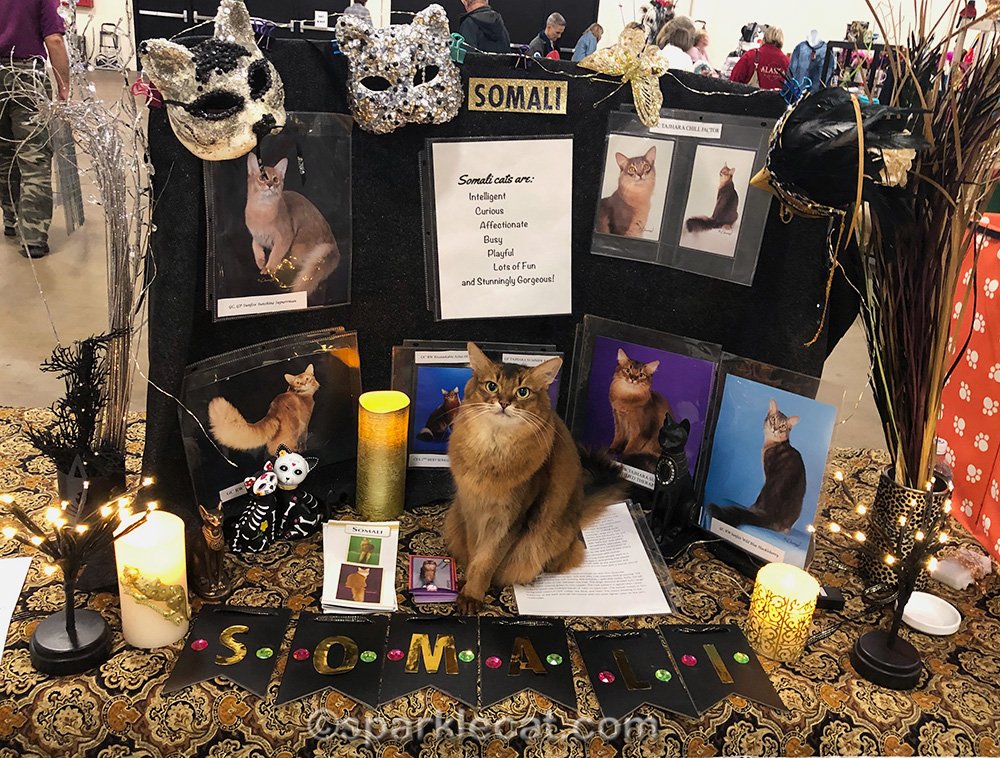 Do you notice anything different about the Somali breed booth from my Friday set up? My human wound up moving both me and the breed booth! For some unknown reason, they placed me at the far end of the cat show hall from where I really needed to be. Fortunately, there was room to put me in the row closer to the front of the hall. Moving all the breed booth stuff, and my show stuff, was a pain, but it was definitely worthwhile. 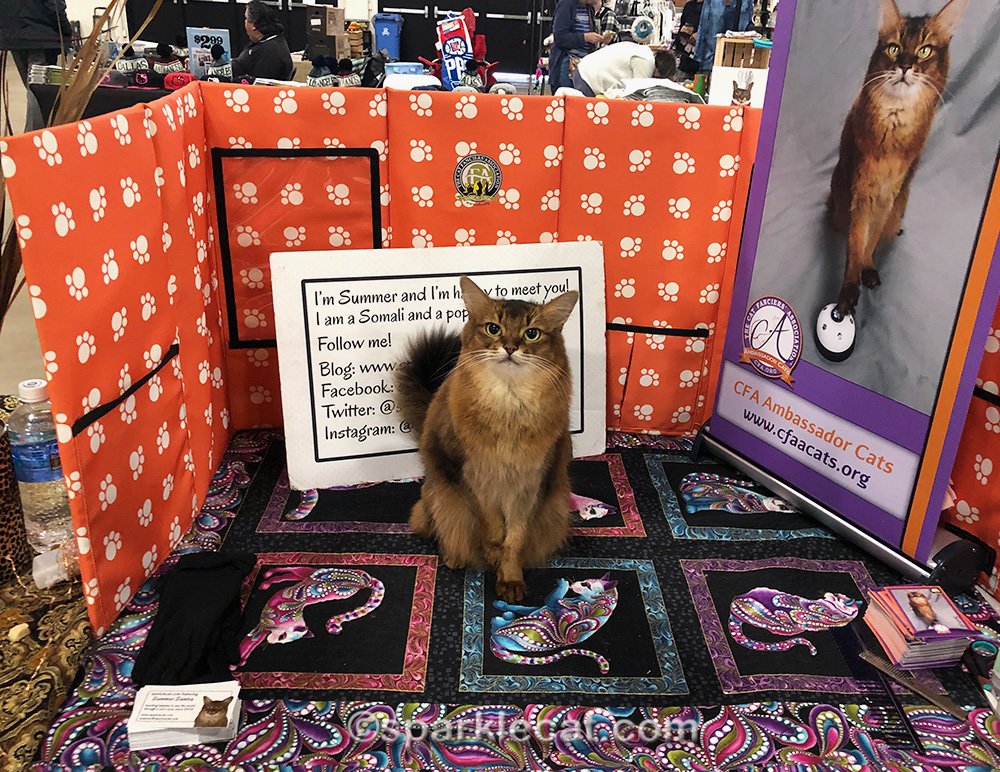 Here was my set up for when I wanted to come out and meet people and do tricks. Can you believe this was my sixth San Diego Cat Show? The first two, I was still competing. (In fact, I got my Grand title at my first one!) The next three, I was a Pet Me Cat, and this one I’m officially an Ambassador Cat! 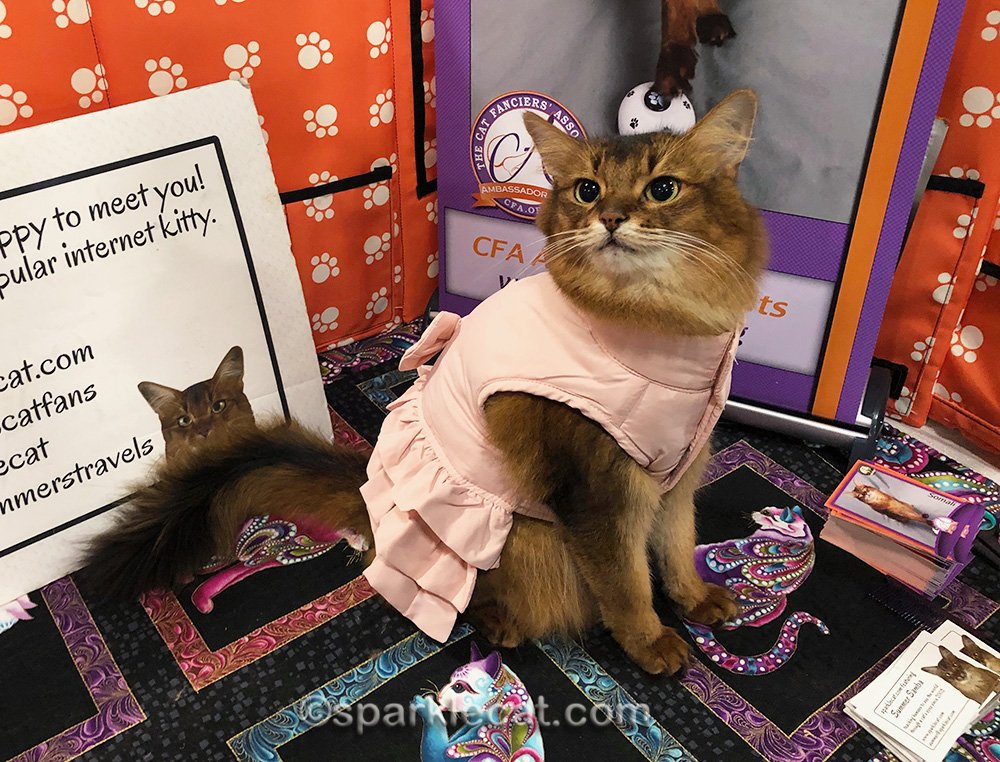 It was a very cold weekend, so I wore my new puffy jacket. Don’t worry, I’ll officially model it too. 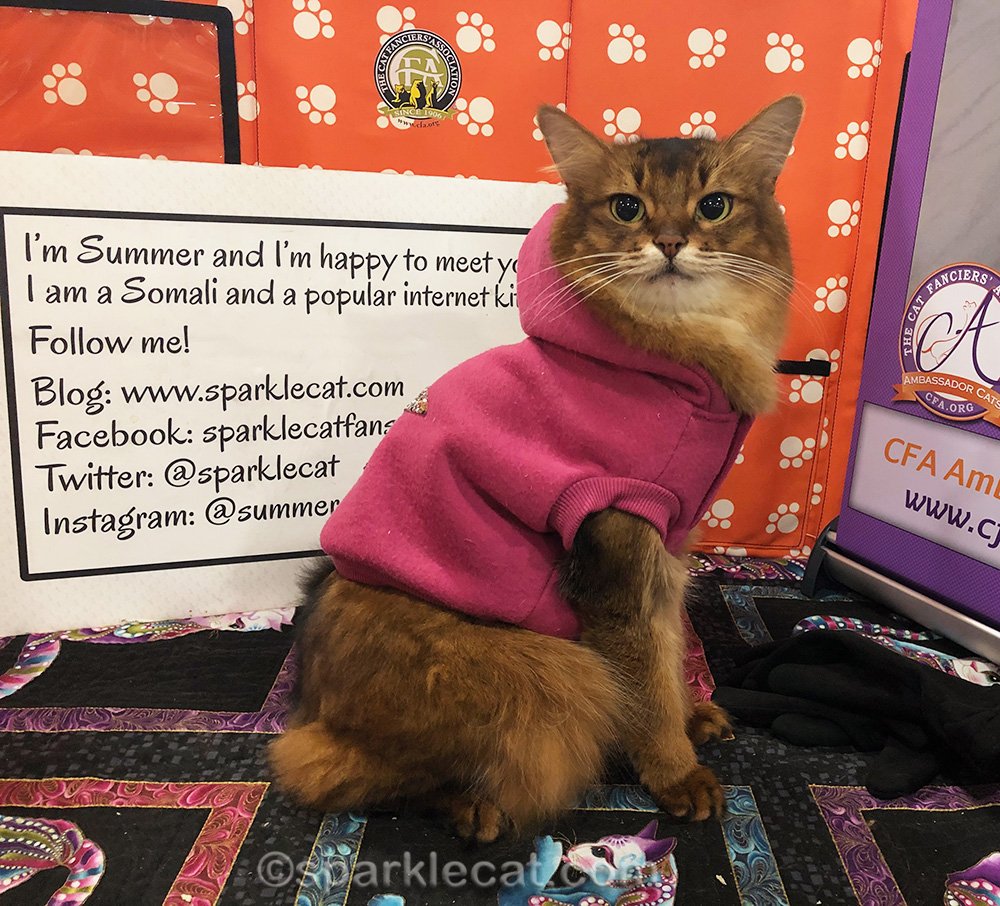 I also wore my raspberry hoodie. I’ve worn more glamorous clothes in the past, but I think mostly people just want to pet me and see me do tricks, so I went in for comfort instead. And I did meet lots of people! In fact, quite a few of them already knew me, either from social media, or from past cat shows — more than ever before. I drew all sorts of crowds both days. My human did her best to answer questions about Somali cats, and about me in particular. 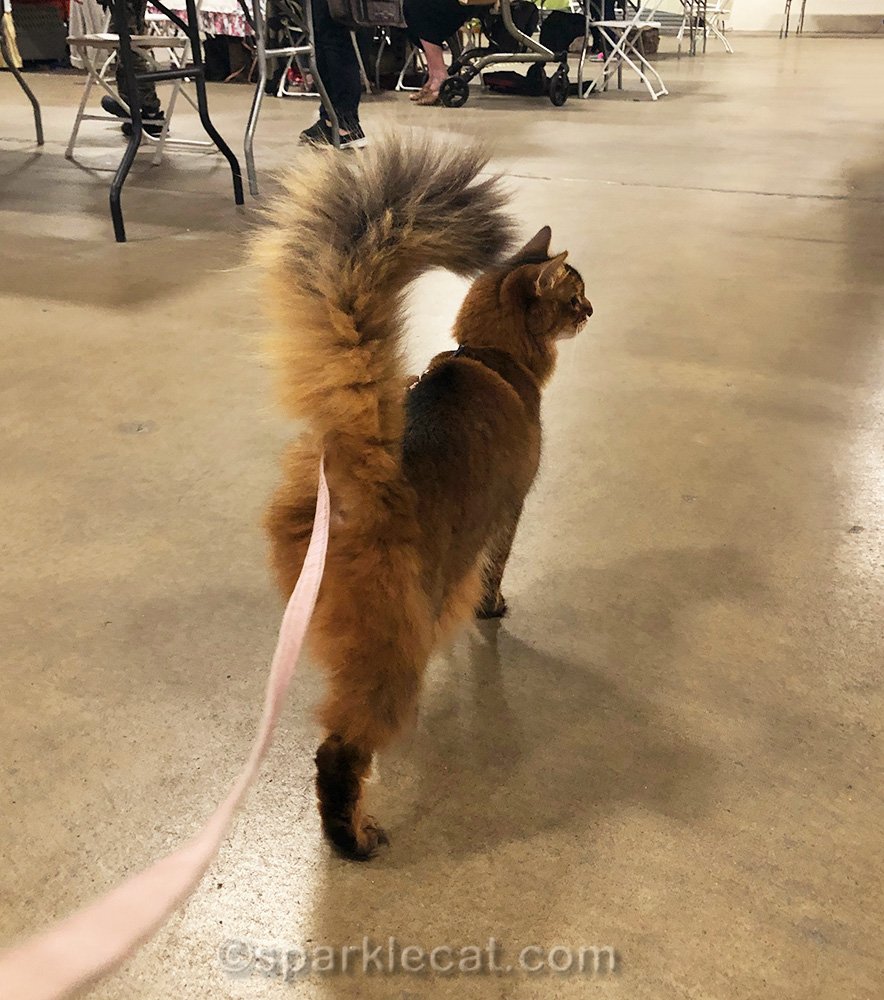 I briefly got to go out on my leash Sunday afternoon. That was nice because I couldn’t get much exercise in the hotel room. Not only was it small, it opened to the outside, so there were no hotel hallways to walk in. 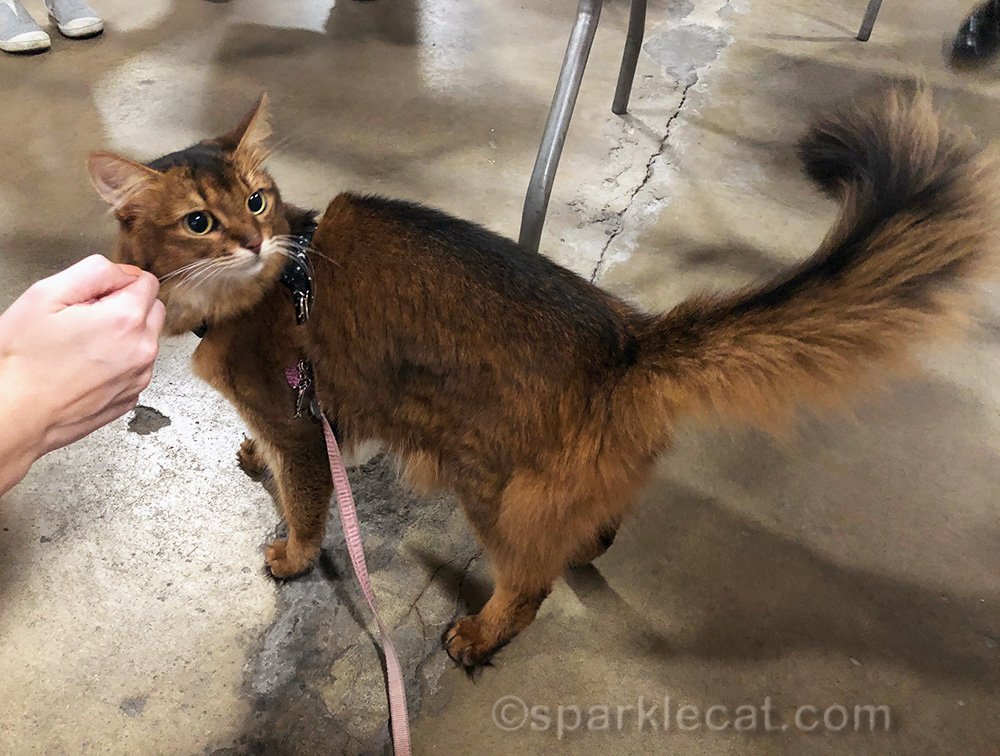 While I was out and about, of course I met some people. 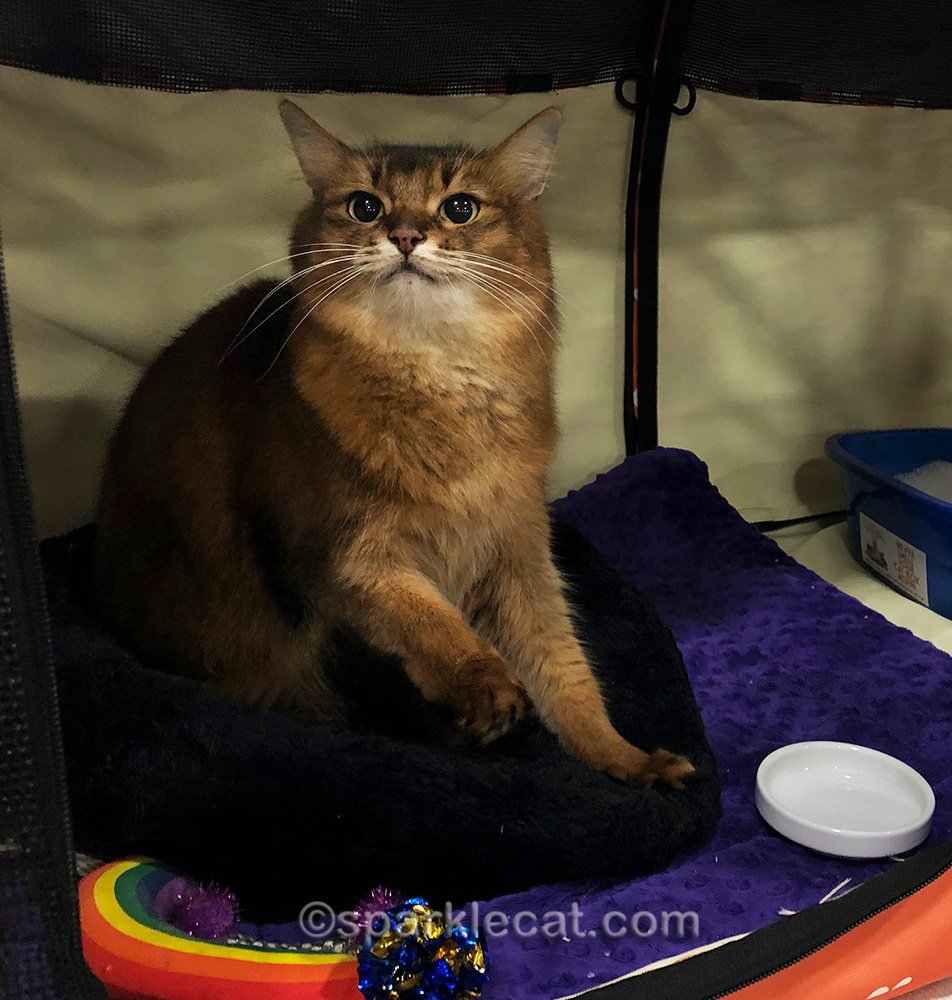 When I got tired, I just hung out and made happy paws on my bed in my enclosure. I also let people pet me there, and I did lots of high fives. 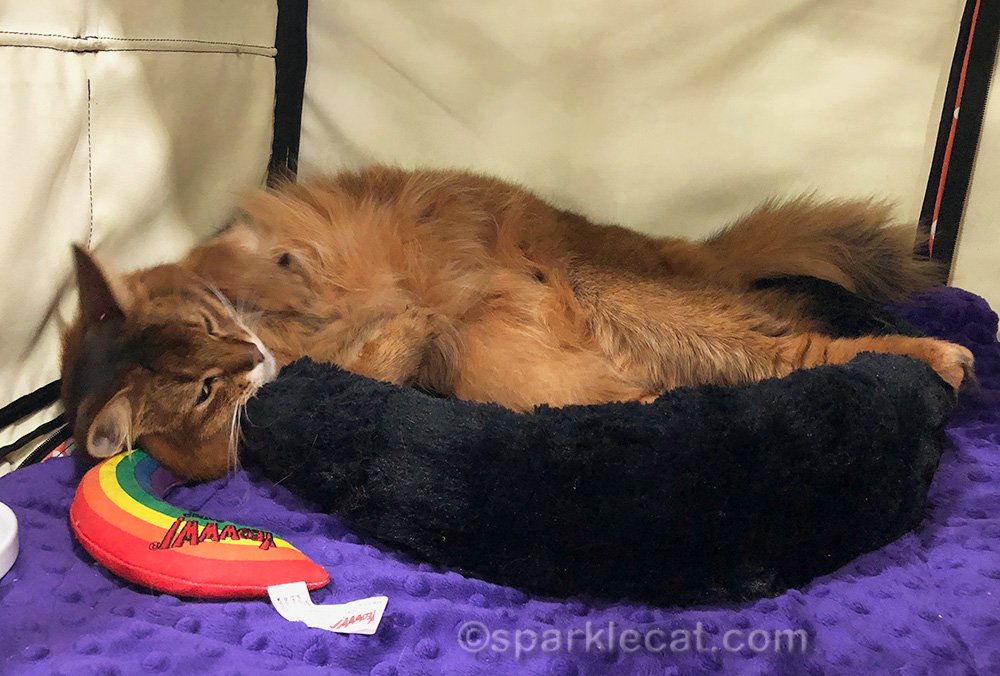 I was very tired by the end of both days! These shows are fun, but they are also a lot of work. I was glad to get home to my big house and working heater (and so was my human). 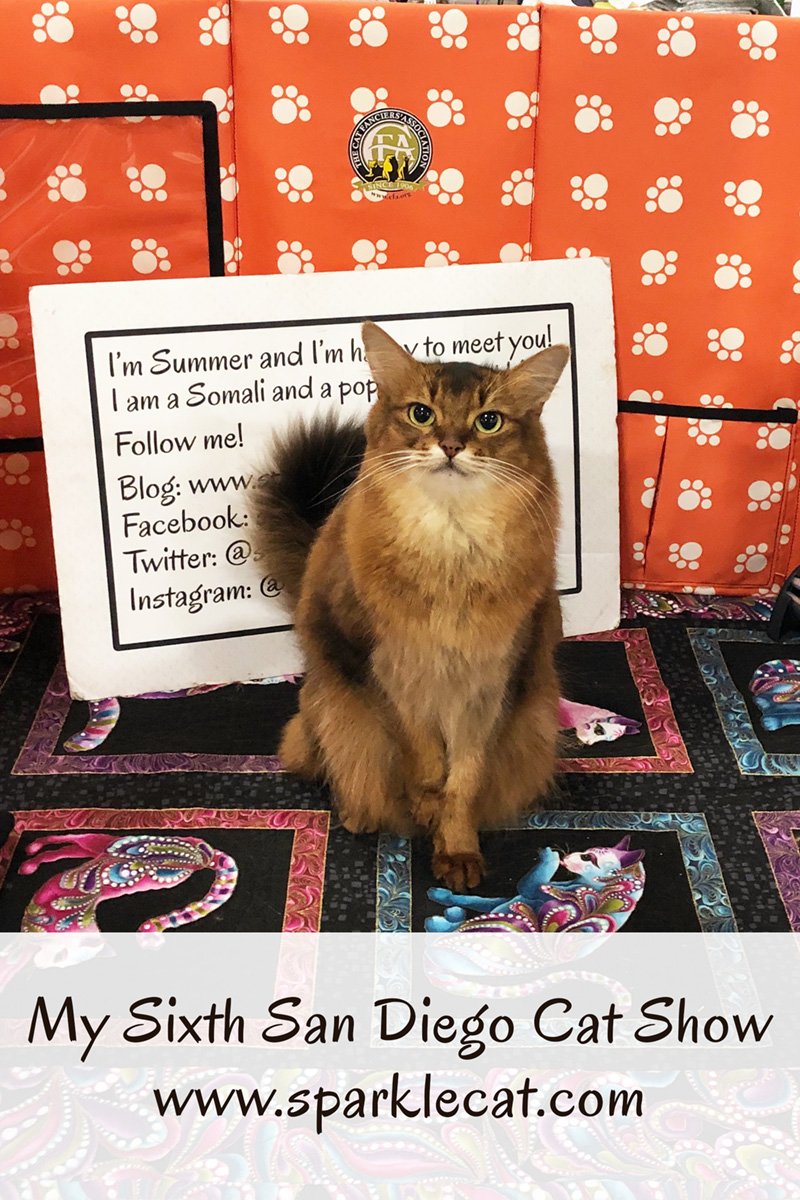 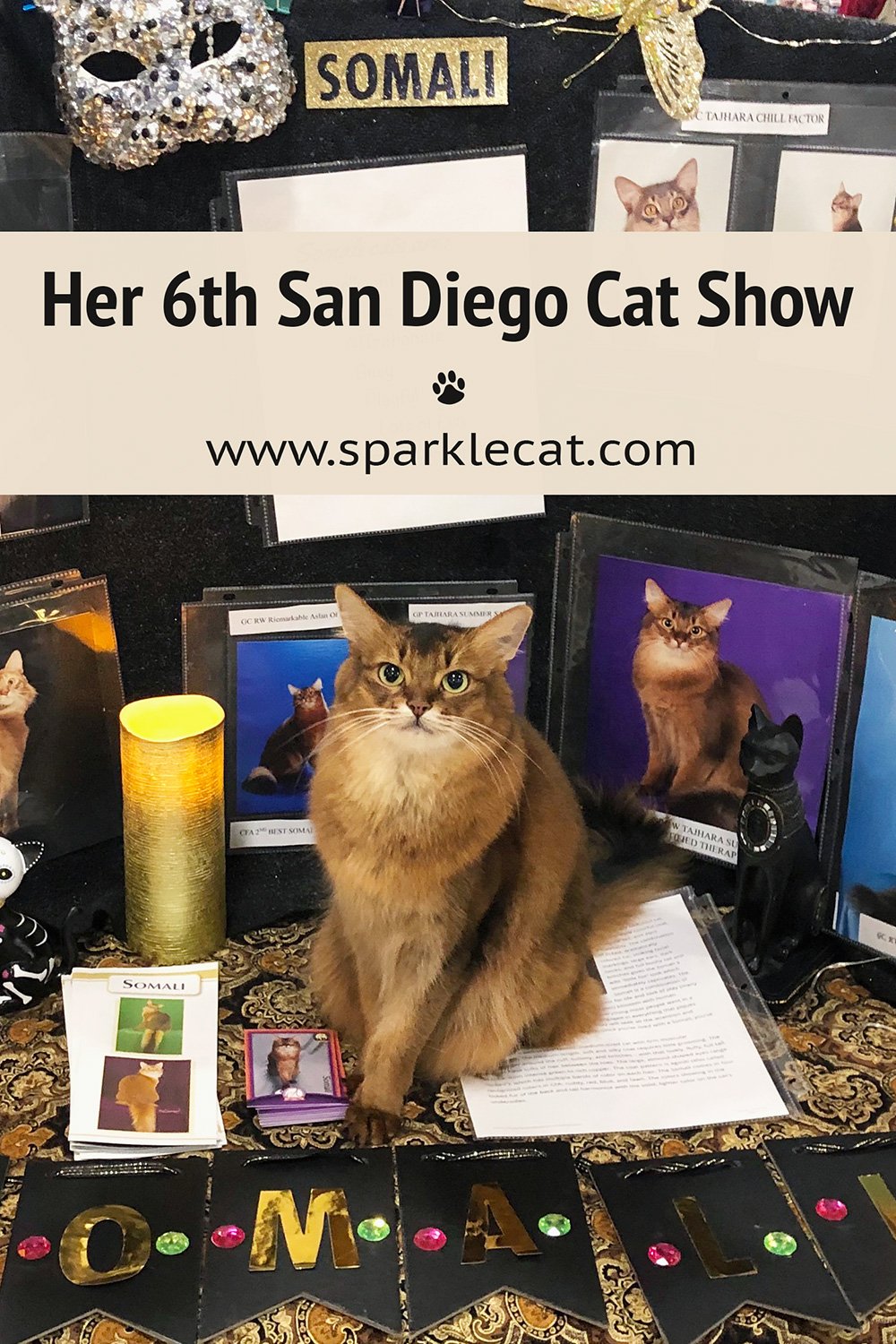