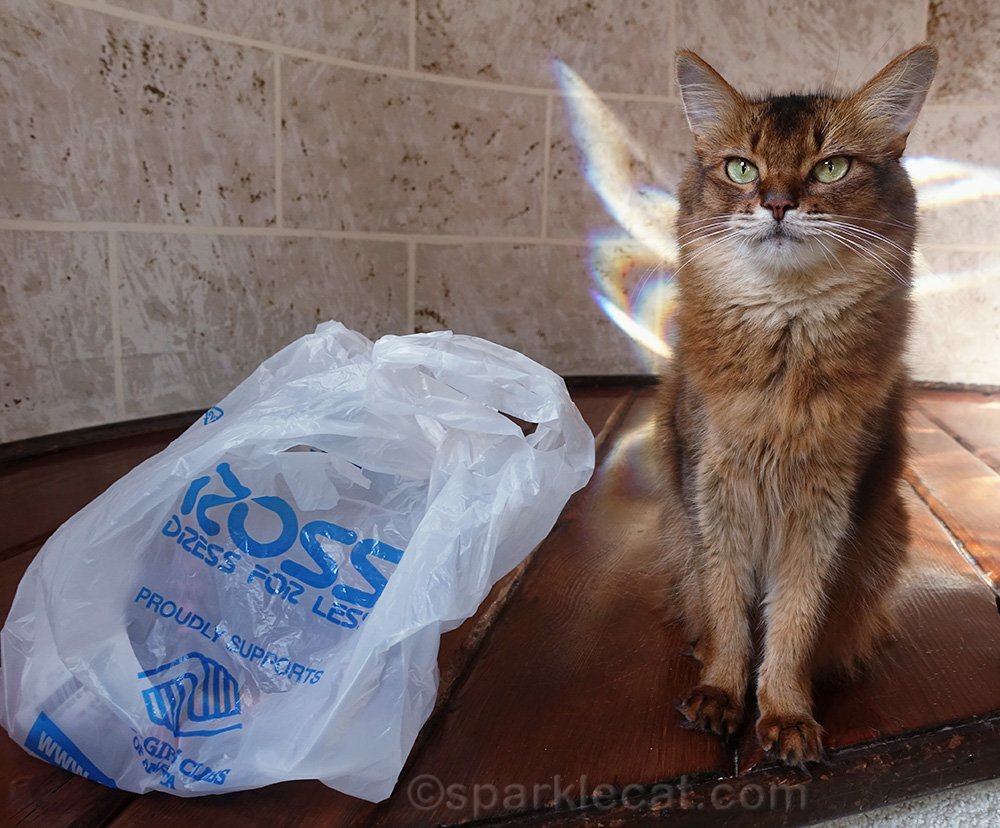 My human noticed that a lot of young girls on YouTube did “haul” videos, where they’d go shopping and buy a bunch of stuff. Then they’d come home and do a video of their finds. So when she was out and saw there was no line at our local Ross Dress for Less, she thought it would be fun to do a haul video for me. They sell pet clothes for cheap, and she’s shopped there before for me. 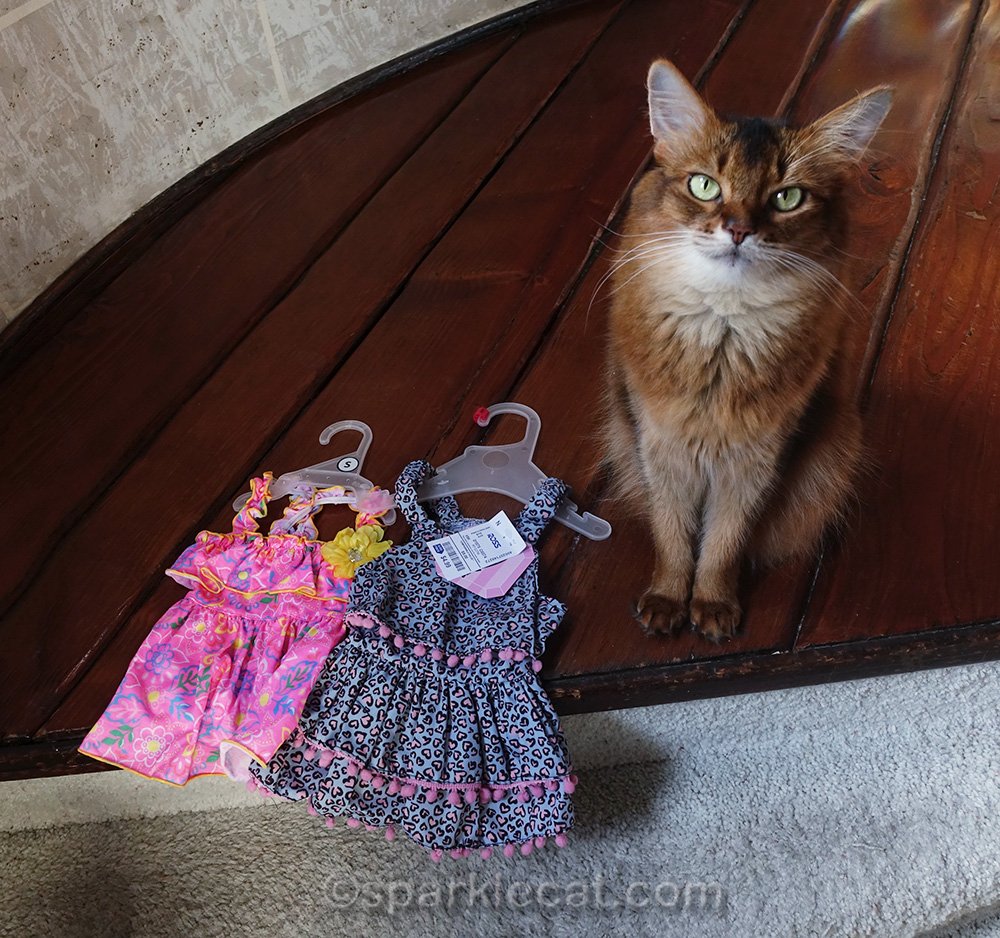 There was a problem, though. Even though Ross was open, the stock was pretty skimpy and picked over. Ross always looks picked over, admittedly, but there were whole shelves that were empty. In the pet clothes section, my human found about a third of the clothes that are normally there. And this is all she found that she thought would suit me. 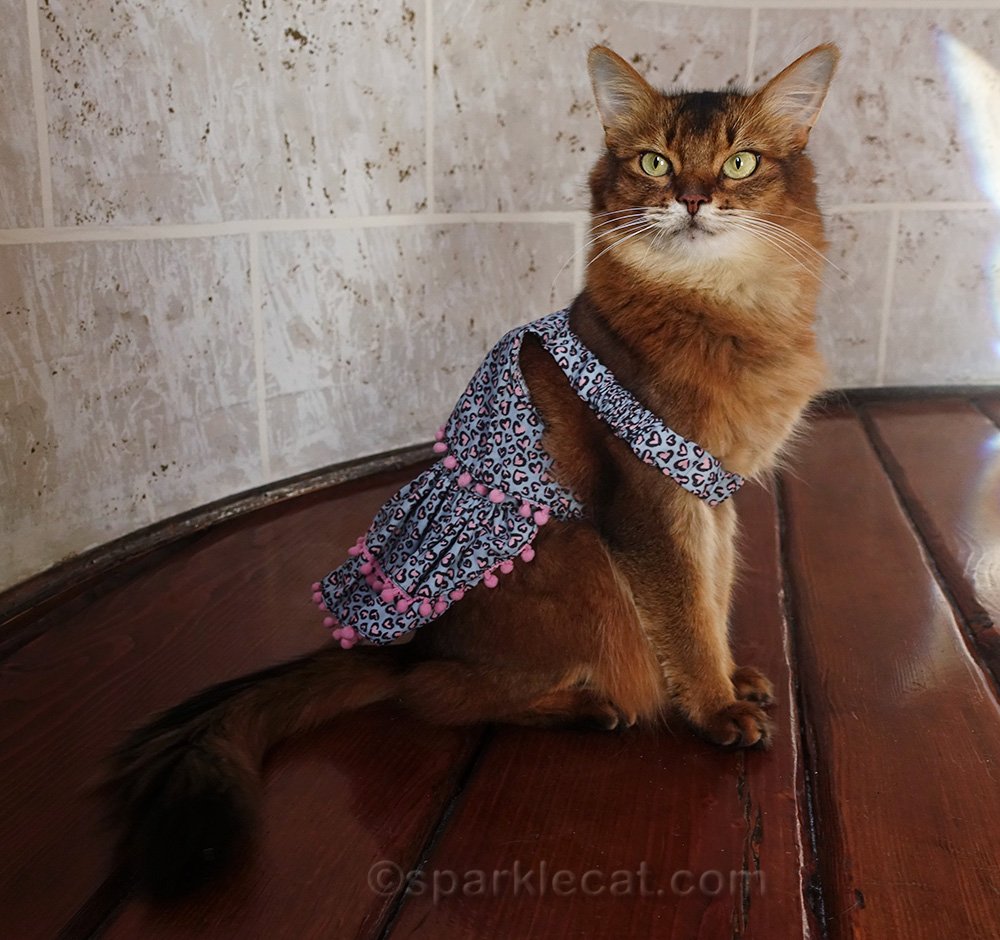 Even this dress was questionable. The material was kind of weird and stiff. And these pom-poms! I felt like somebody had made a dress out of grandma’s curtains. 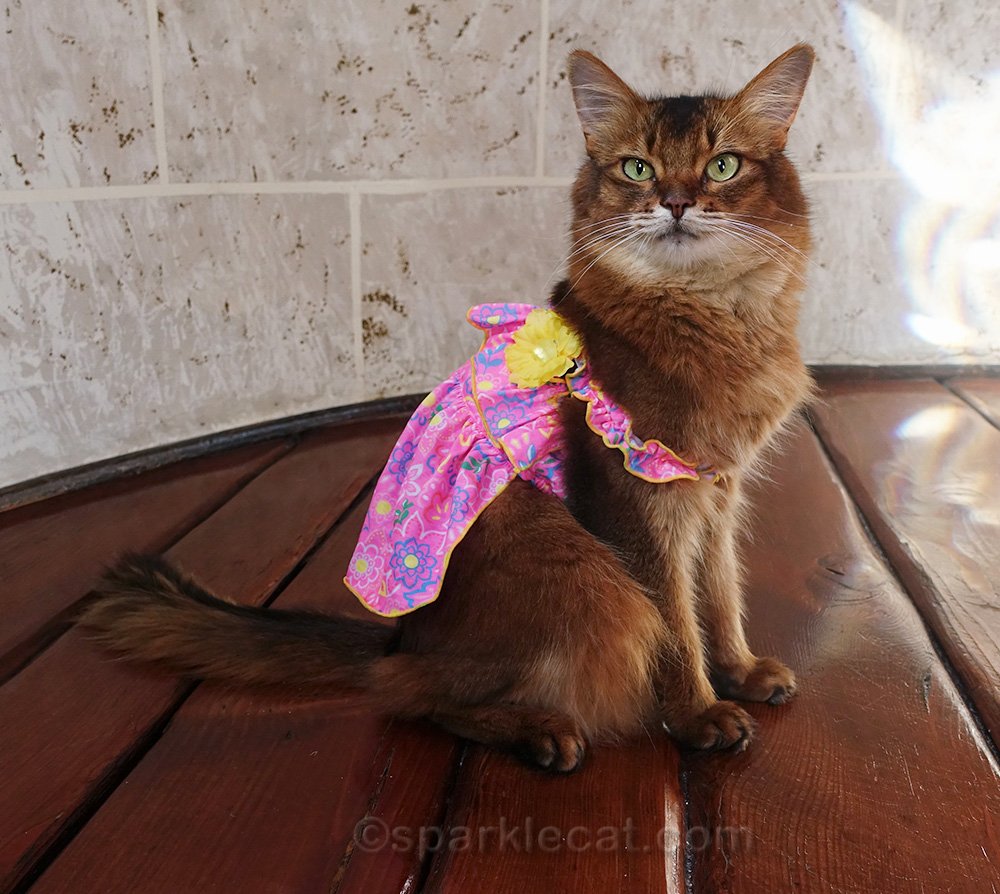 The pink dress was much more my style. I think I have one or two other dresses made from the same pattern, but not this material. Isn’t it cute? 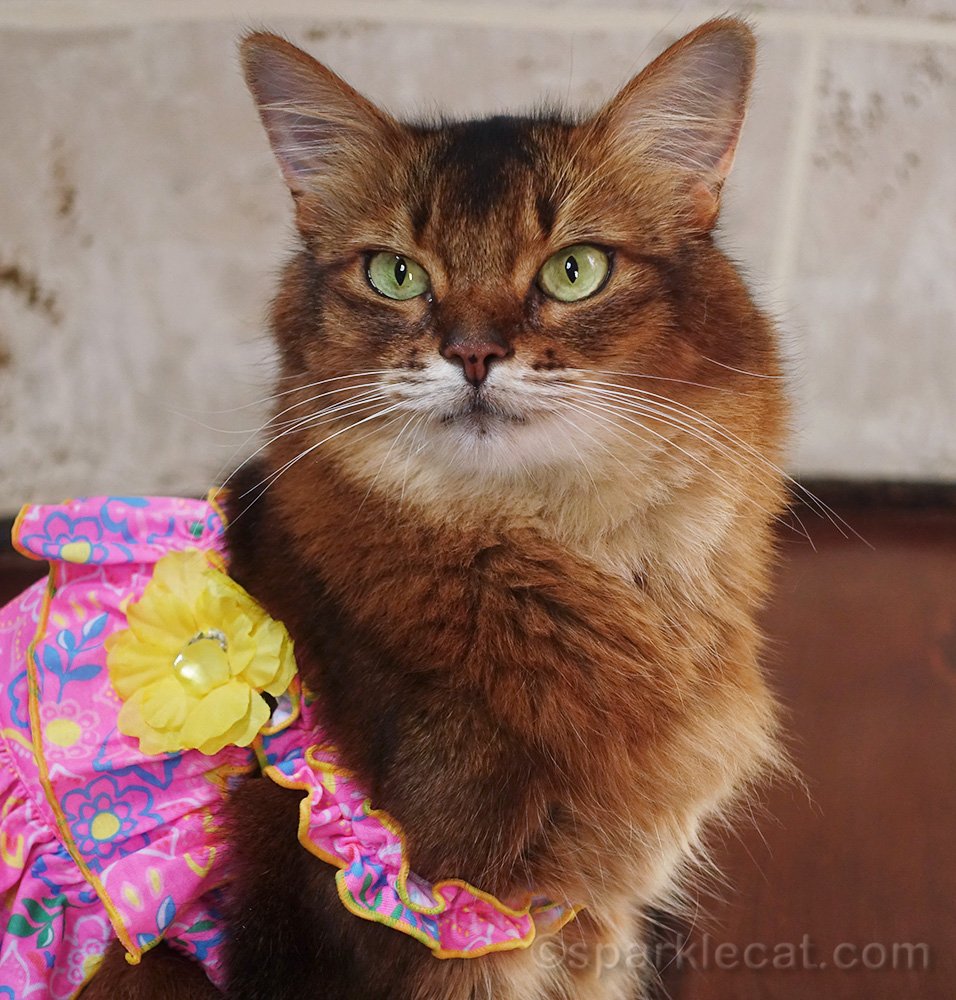 Here’s a better look at the flower accent. I think it makes the dress don’t you? 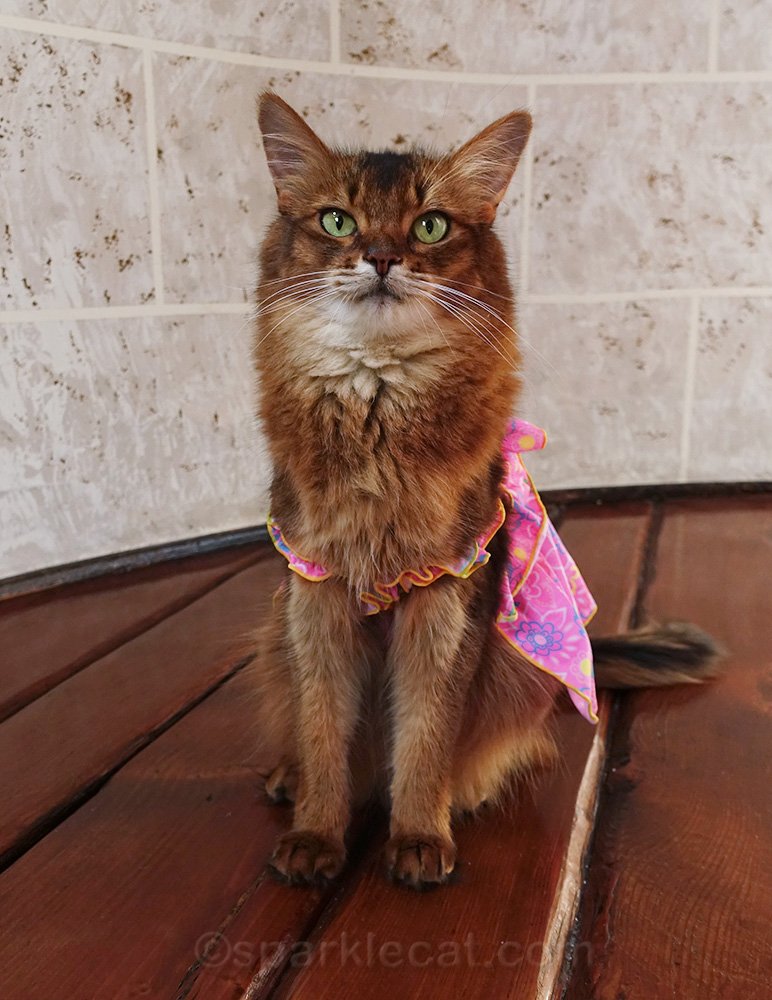 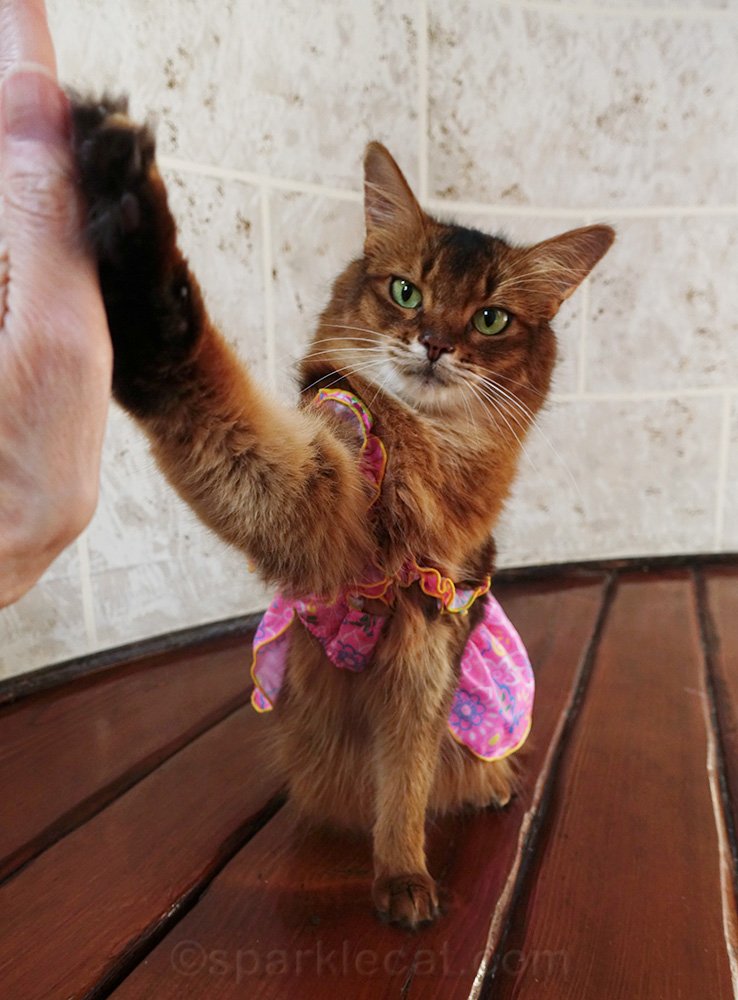 I think my human should get a high five for effort, though!

And if you were wondering when I mentioned YouTube at the beginning if there is video… yes there is! My human will edit it and upload it at some point. 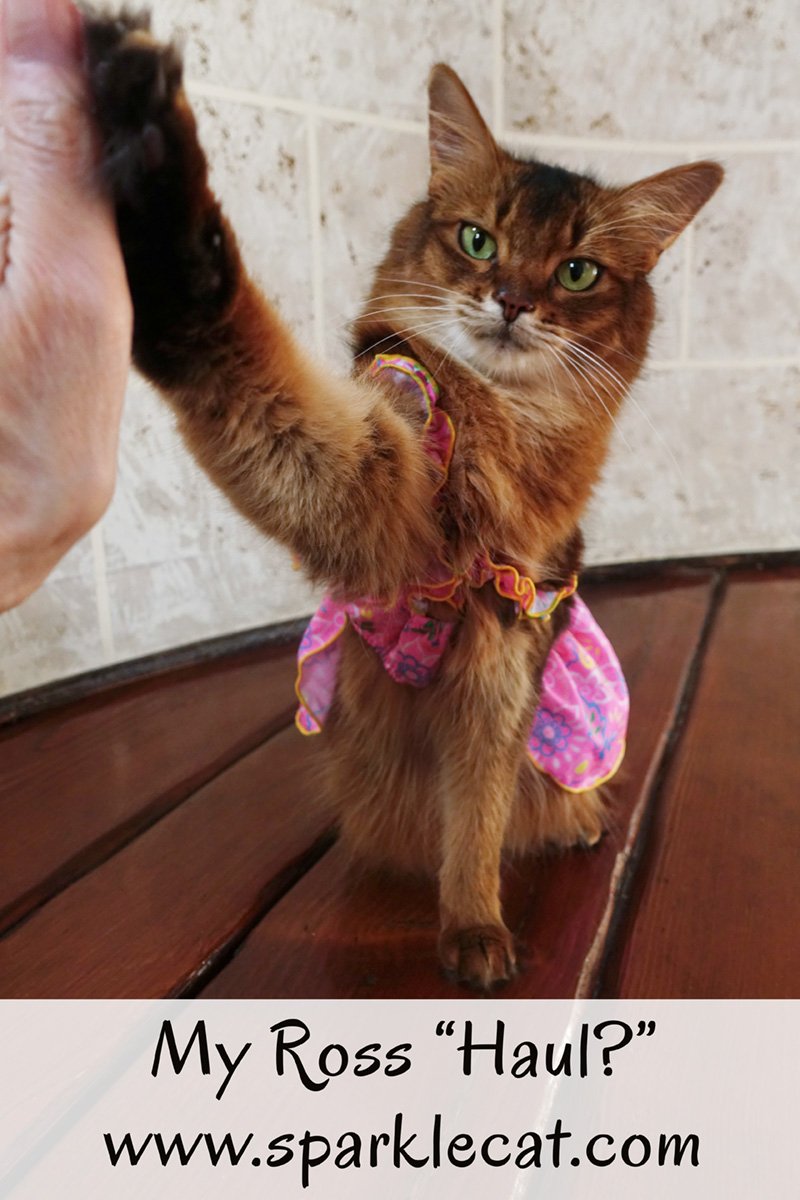