You are here: Home / Diary / My Rock Star Faces 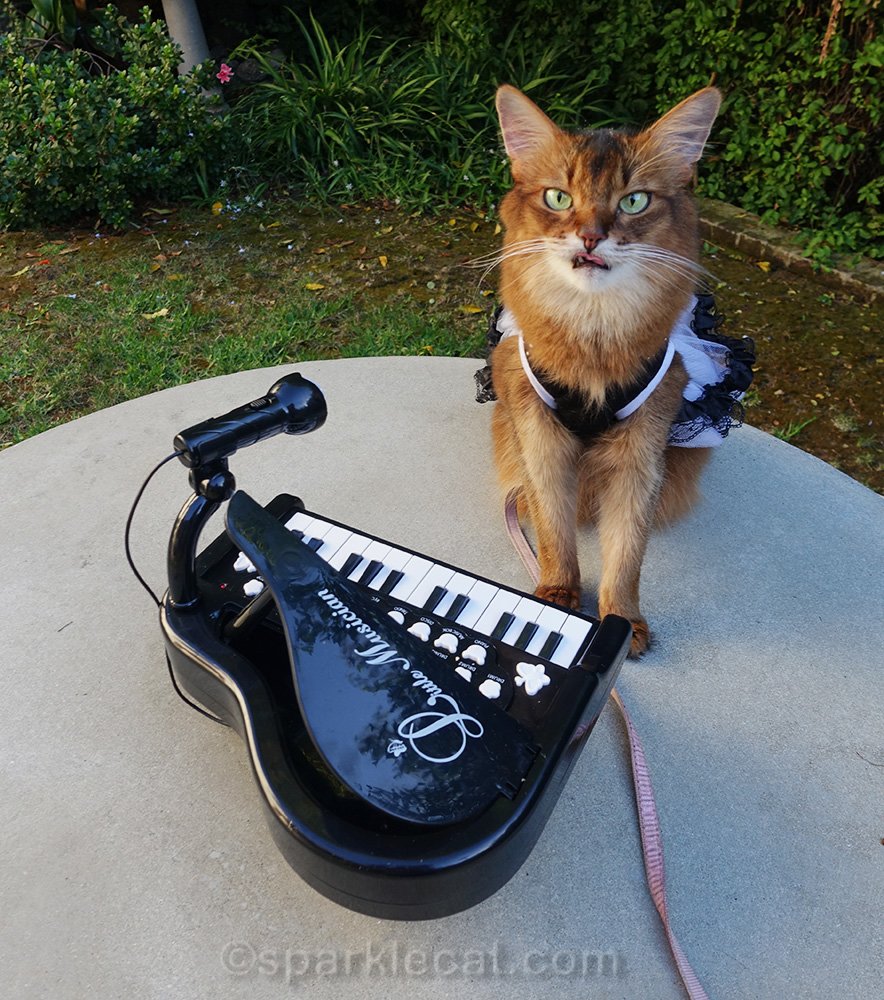 Some, but not all of you know that my human was a rock photographer back in the last millennium. She did a lot of concert photography, and it was very important to get those rock star faces! You know, those faces that are full of character and that prove being a rock star is really very, very hard. Apparently she still knows her stuff because she looked back on the photos she took of me at the piano the other day and said, “WTH? Where did these come from?” She took bunches of photos of me doing rock star faces and didn’t even realize it! 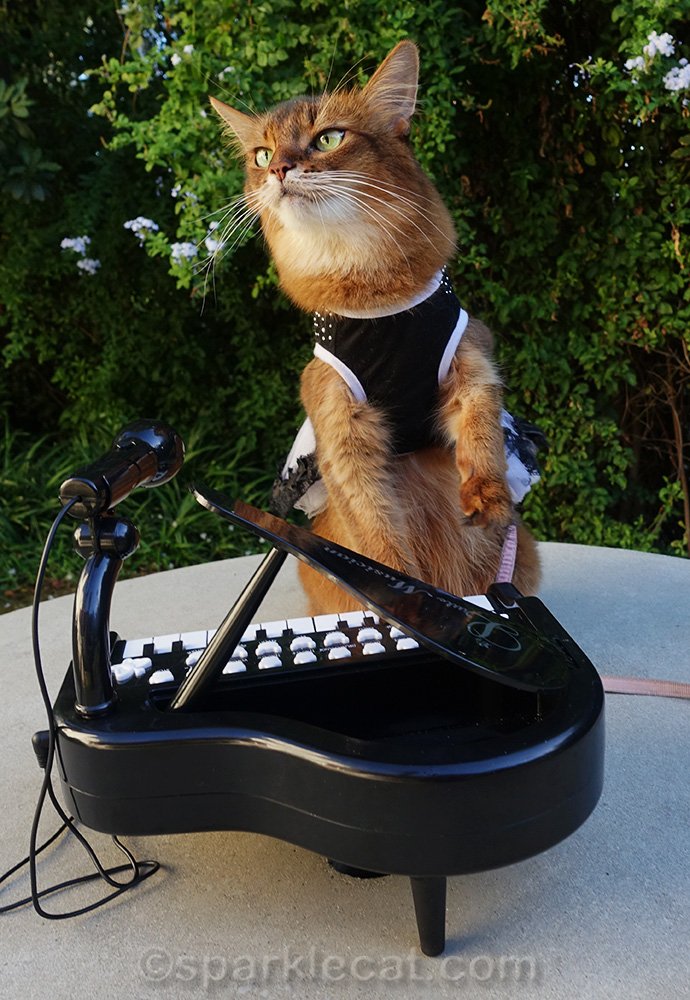 Like this one! If she took a photo of a rock star in concert like this, it would have wound up in one of the magazines she used to shoot for. 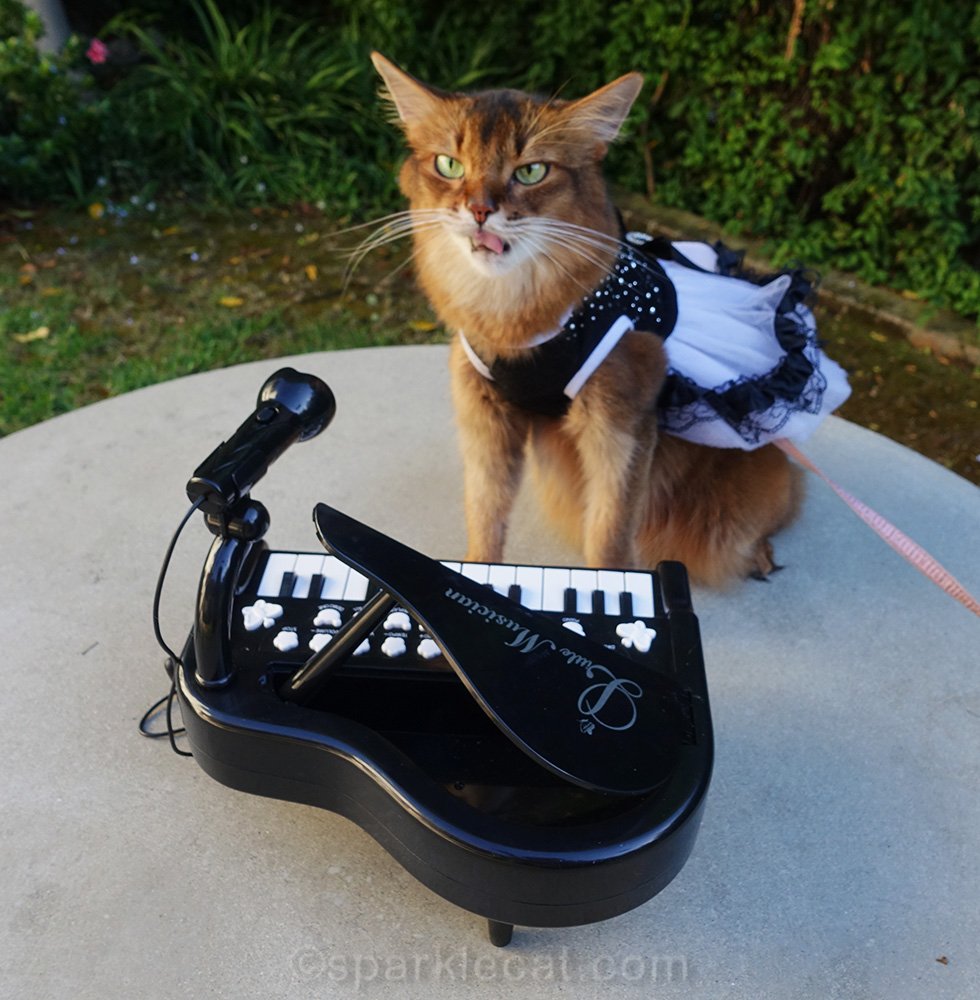 If you read rock magazines in the last millennium, especially the local ones, I bet you remember seeing a lot of photos like the one above. Not all rock papers had good photography. In fact, the very first street paper my human shot for had some pretty terrible photos in it. A lot of them looked like this. My human actually didn’t hand in the bad photos, only the good ones, so her work stood out. 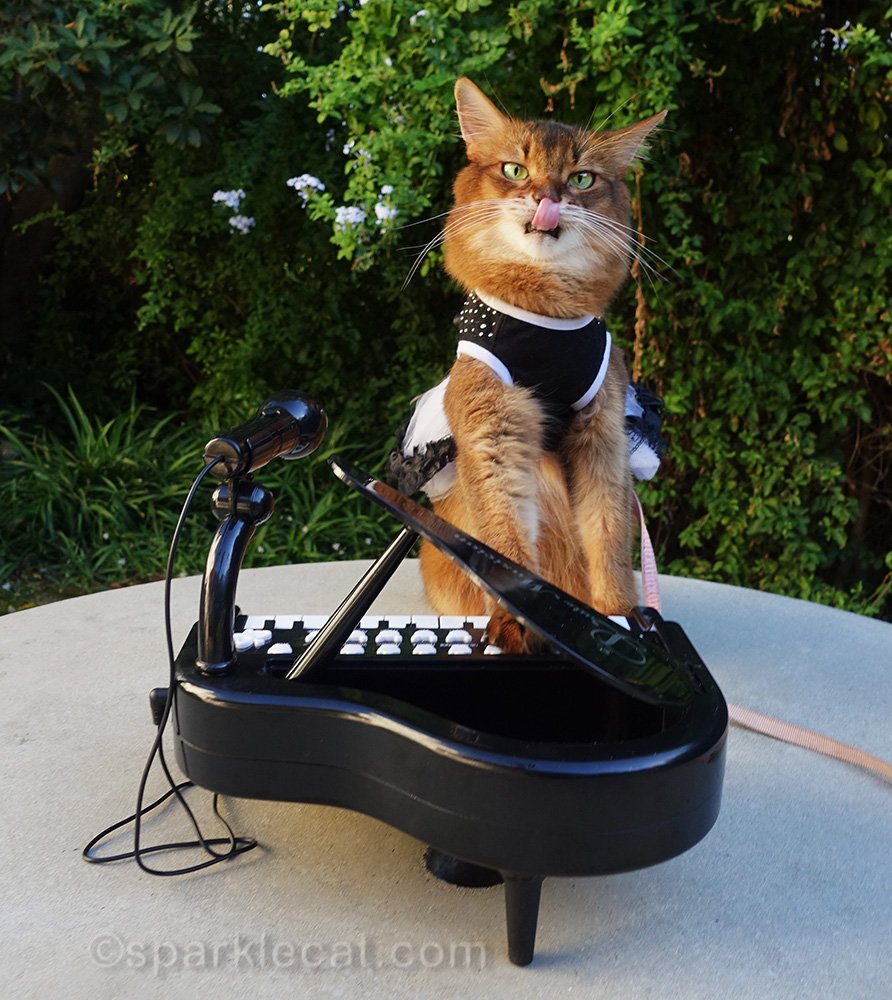 Here is a rock star secret. When your tongue is sticking out, it means you are working extra hard! 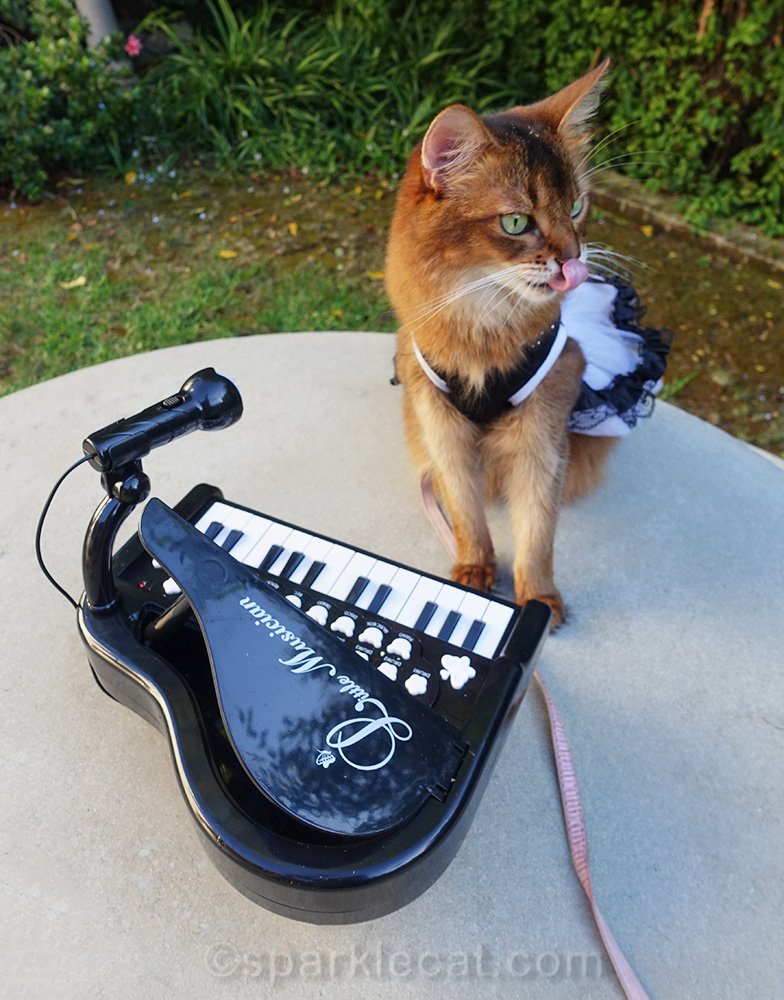 I hope you enjoyed my rock star faces! Too bad you couldn’t hear all the music I was making. 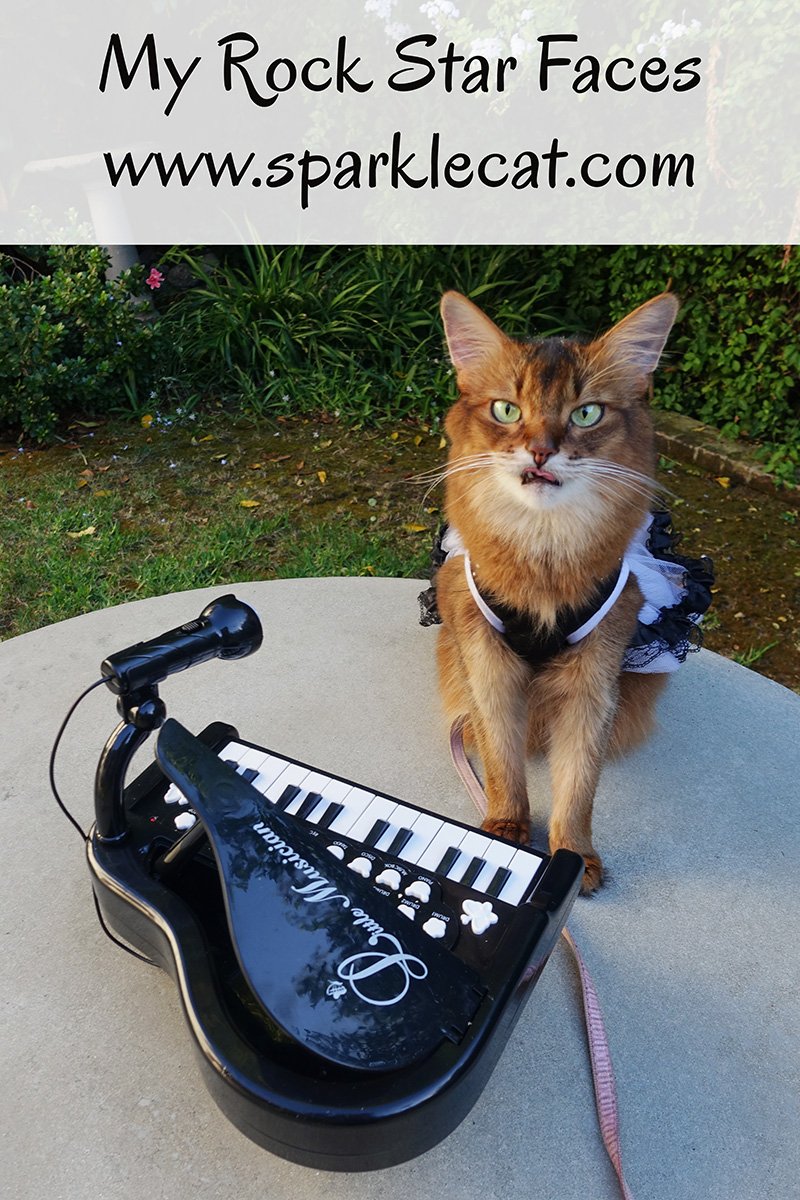