You are here: Home / Diary / My House Painting Inspection, and the Little Details 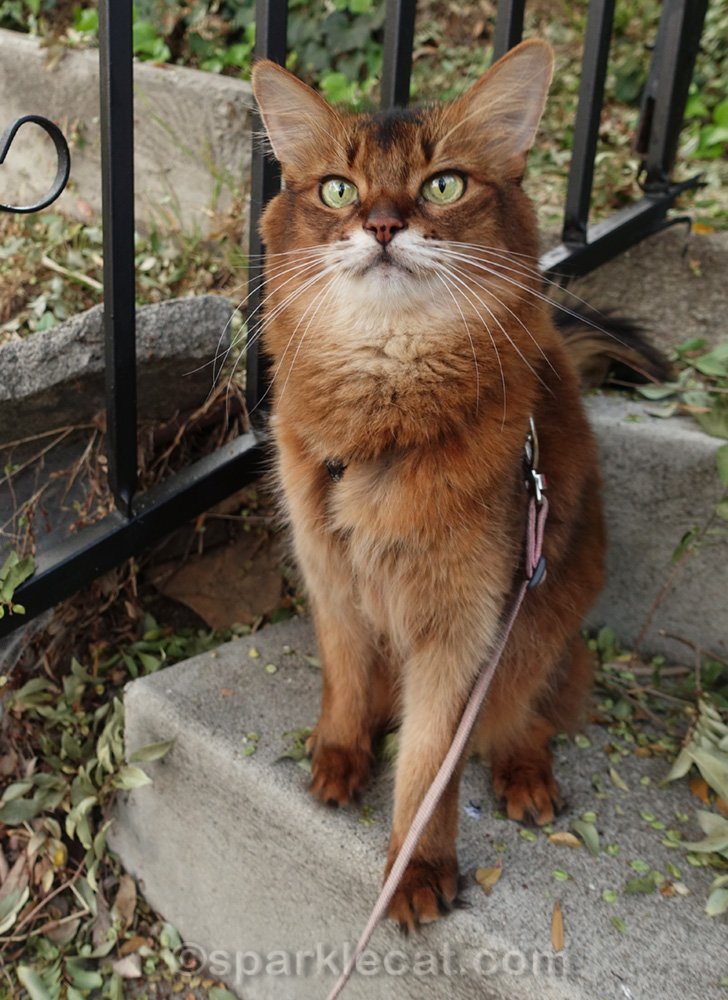 I spent some time this weekend checking out the progress the painters have been making. I have to say, I am really impressed! They even painted the rusted out railing in the backyard. 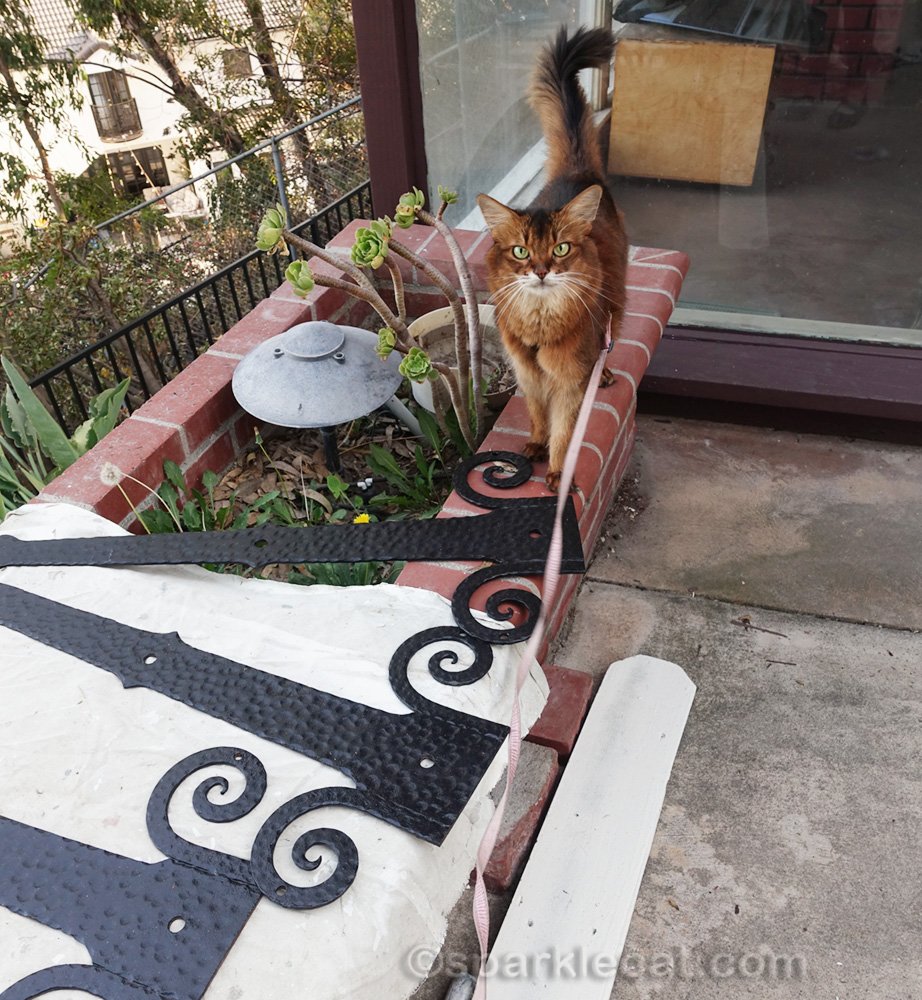 These iron pieces have been sitting here for a few days. My human was totally puzzled about where they came from. Finally she realized they were from the garage door! Talk about being unobservant. They will be put back on once the garage door is completely done. 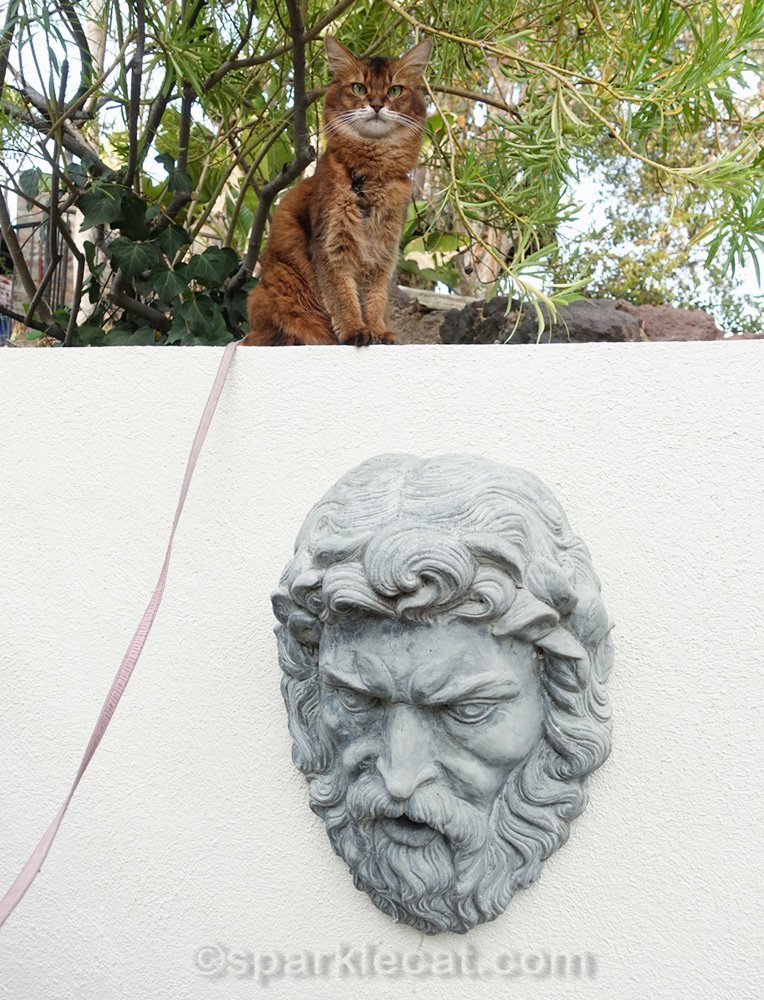 I knew they were done painting the wall when they put the Neptune head back in his place. 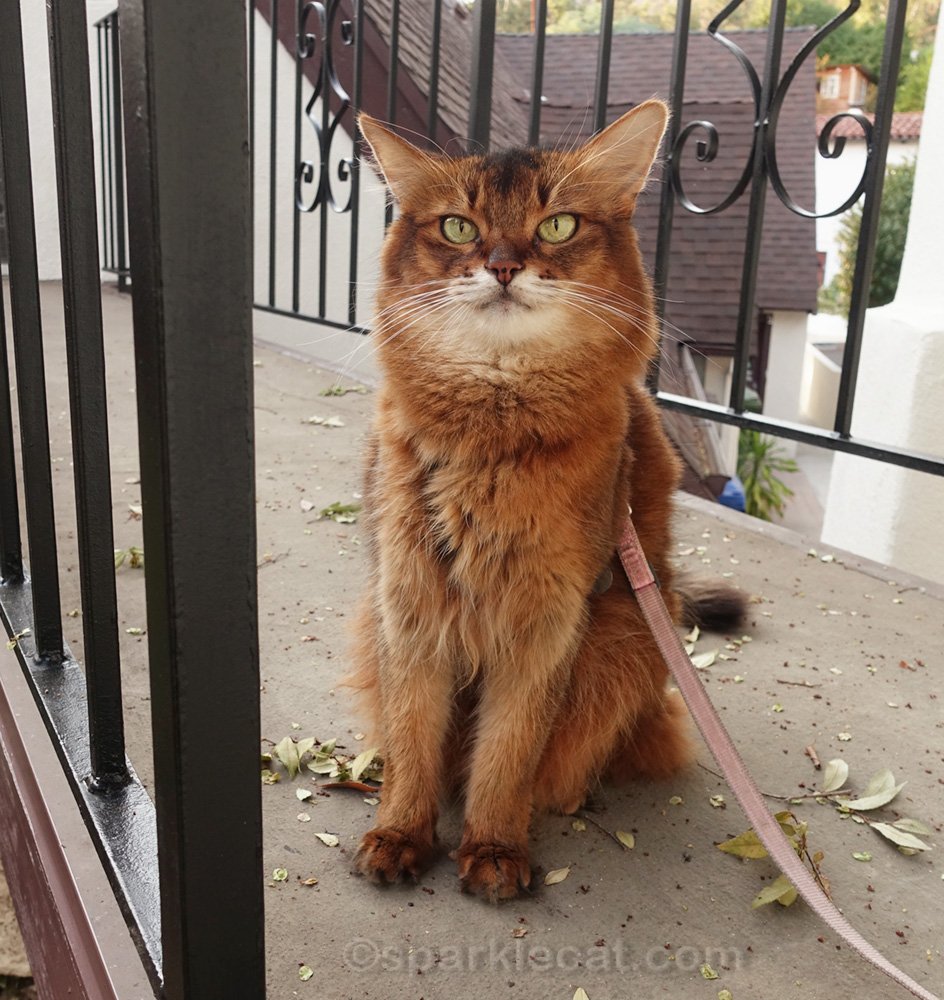 They also painted the railing on the bridge this week! Now my human doesn’t have to make excuses for it by claiming the rust and peeled paint added “character.” (Spoiler alert: it didn’t.) 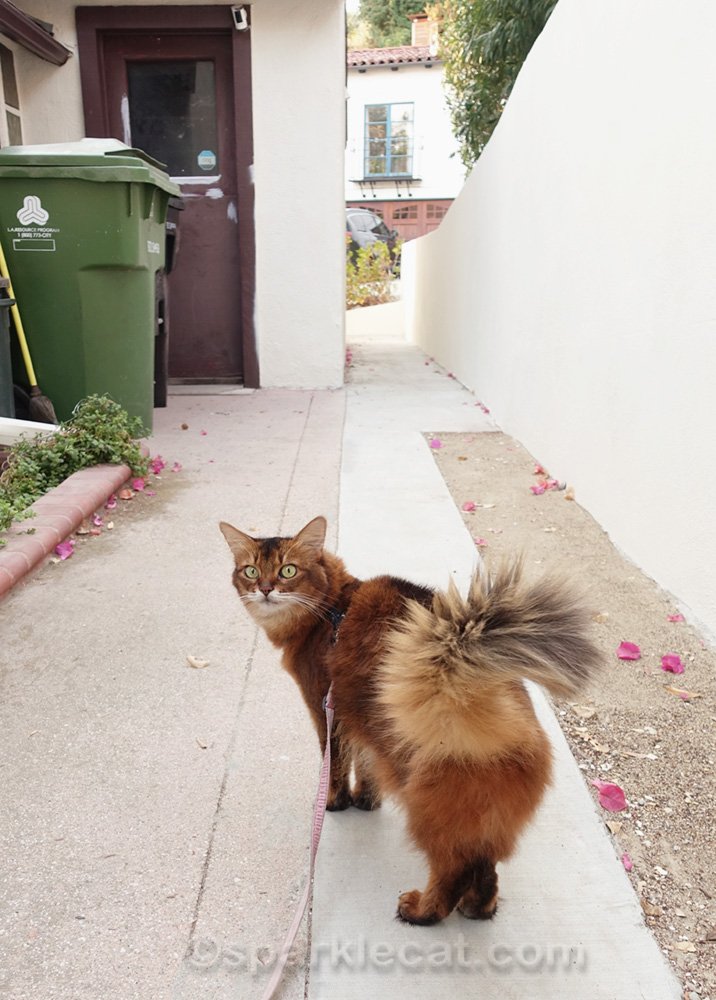 Let me take you around front where there’s still a lot of work to be done. In fact, there is still work to be done on this side, as you can tell by the door over there. 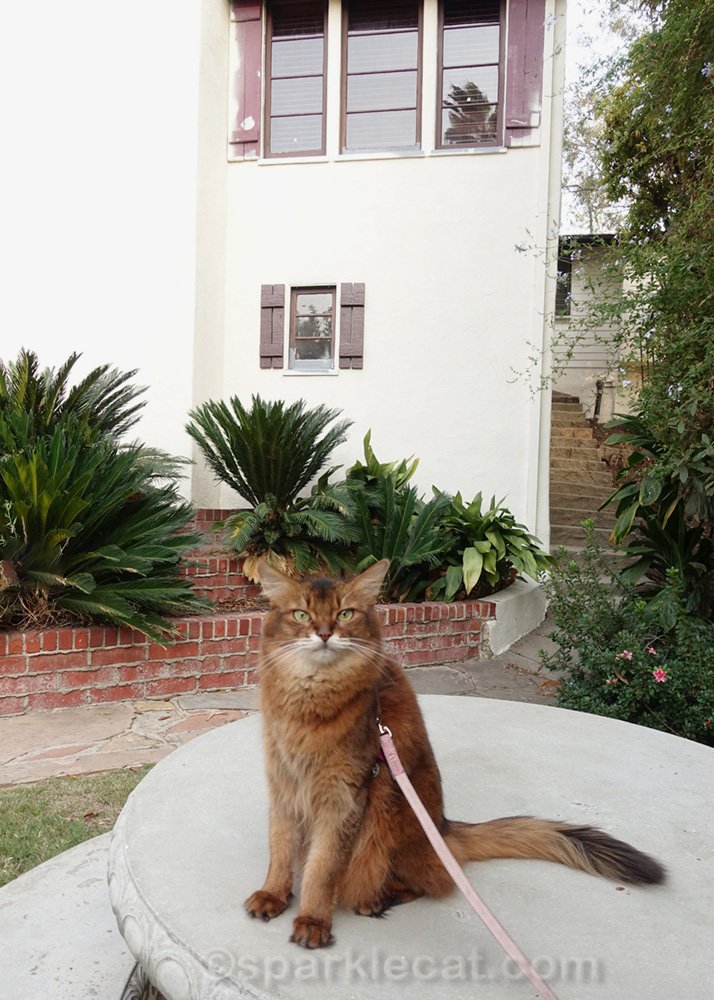 They are working on the fake shutters by the windows. You can see here that the lower ones are done, even though the trim isn’t, and the upper ones still have the old, faded paint. 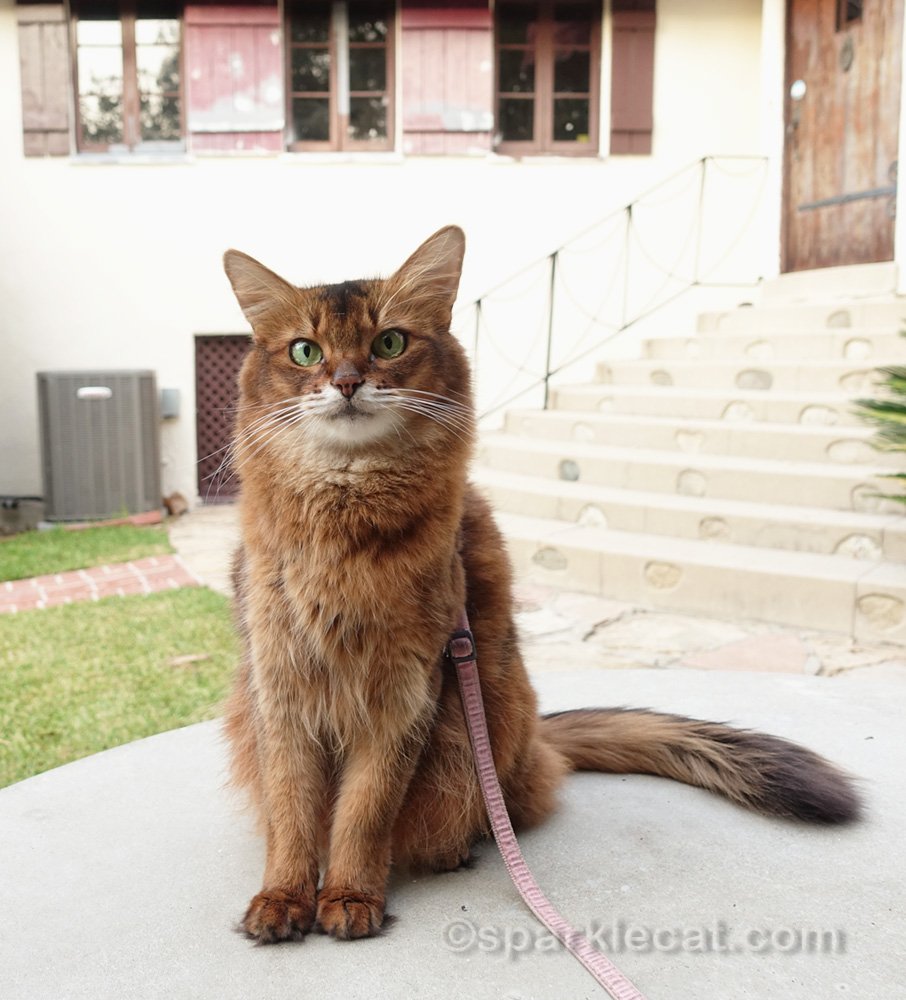 As you can see, the windows to the dining room are also only partially finished. But with all the attention to the little details, you know they are getting close to being finished! The head painter human said that if things go as scheduled, they may even be done by the end of this week! That would be awesome because I’d really like access to my catnip garden back. 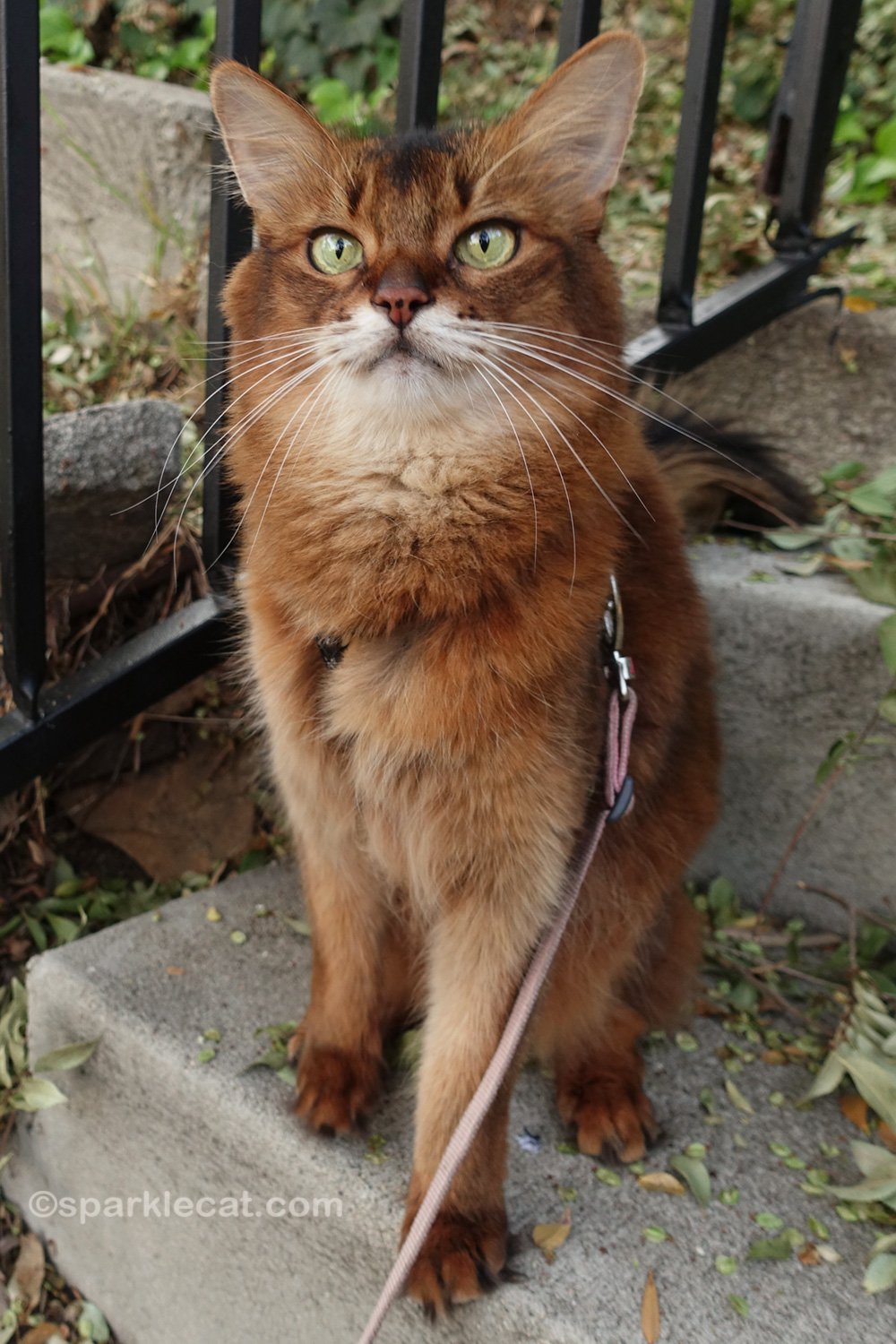