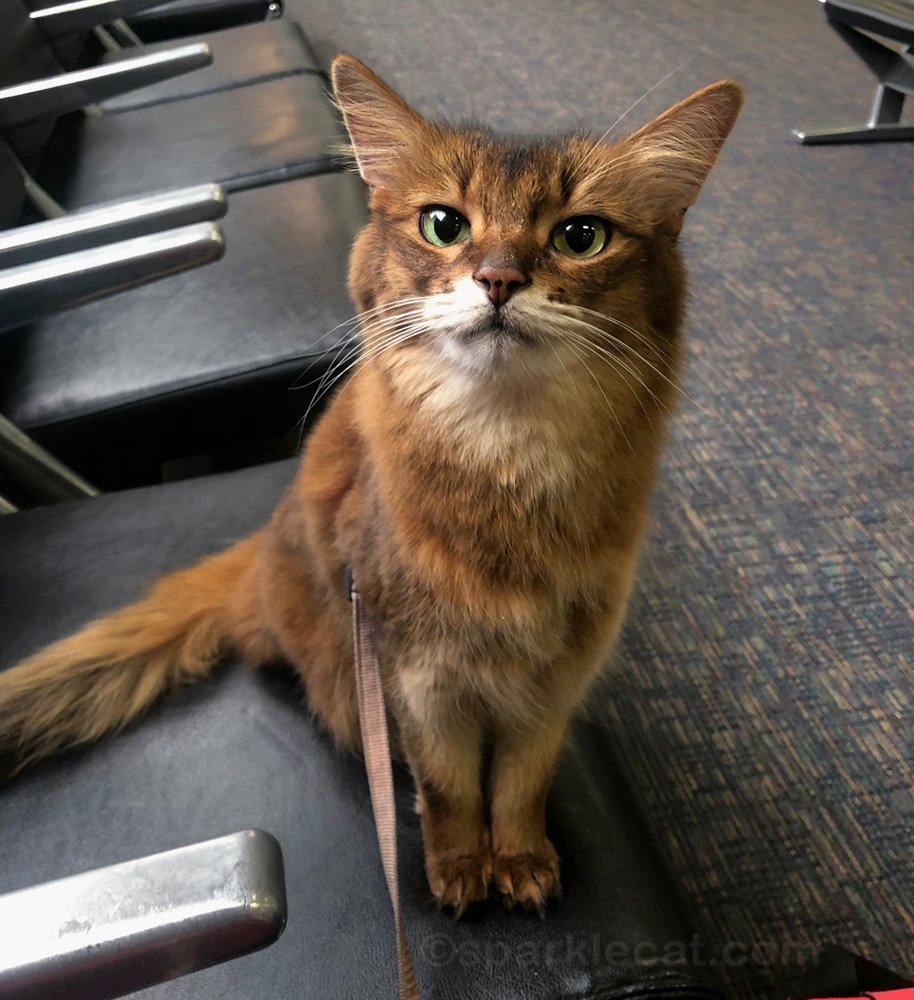 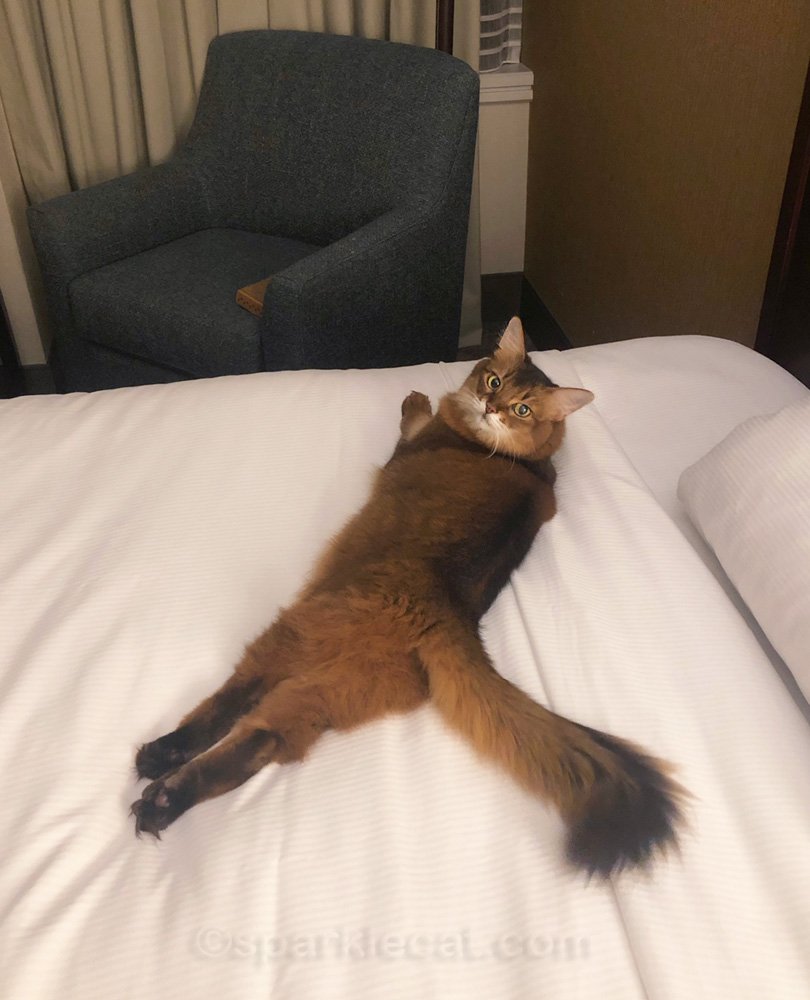 We stayed at the same hotel, which was next to the show hall. My human was bummed they had remodeled the rooms, because she was hoping to retake this photo series, only with her good camera and not the iPhone. No such luck! It wasn’t even nicer. She thought they made the rooms worse than they were before. 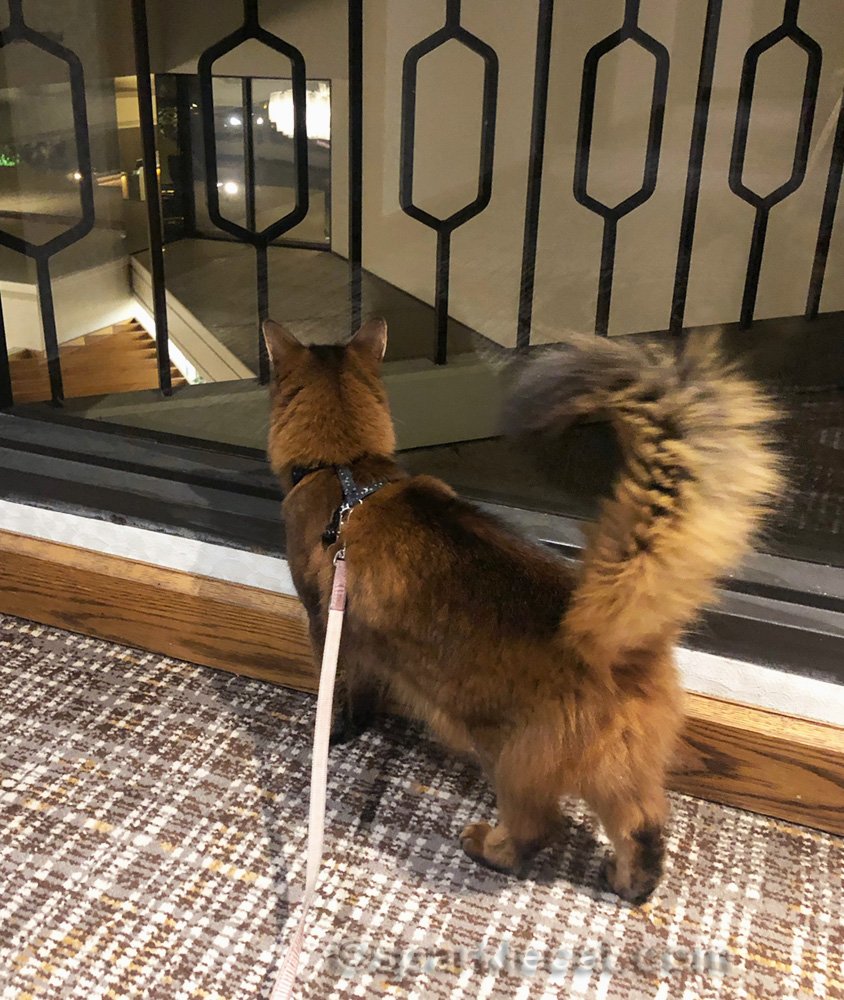 I was so happy to be in the hotel that I couldn’t wait to go for a walk! So I was out and about the night before the show. 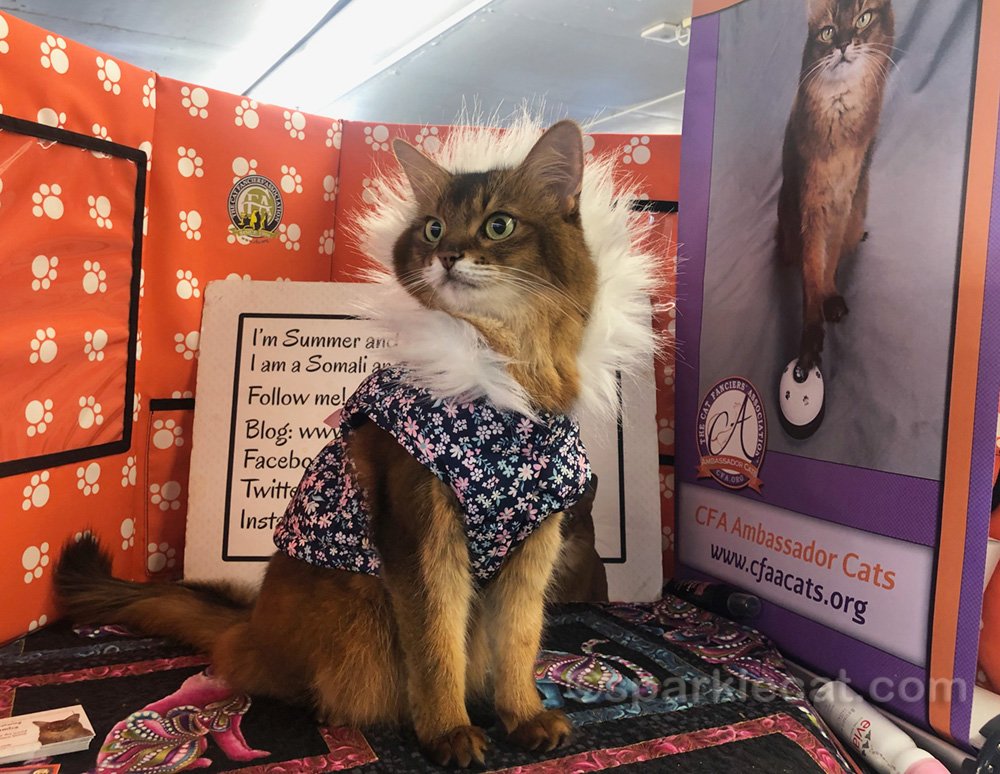 It was a cold weekend in Portland! So my human brought my warm clothes… even though I never actually left the show hall or went outside of the hotel. Meanwhile, she forgot her coat and only had one sweater that was warm enough to wear without one. 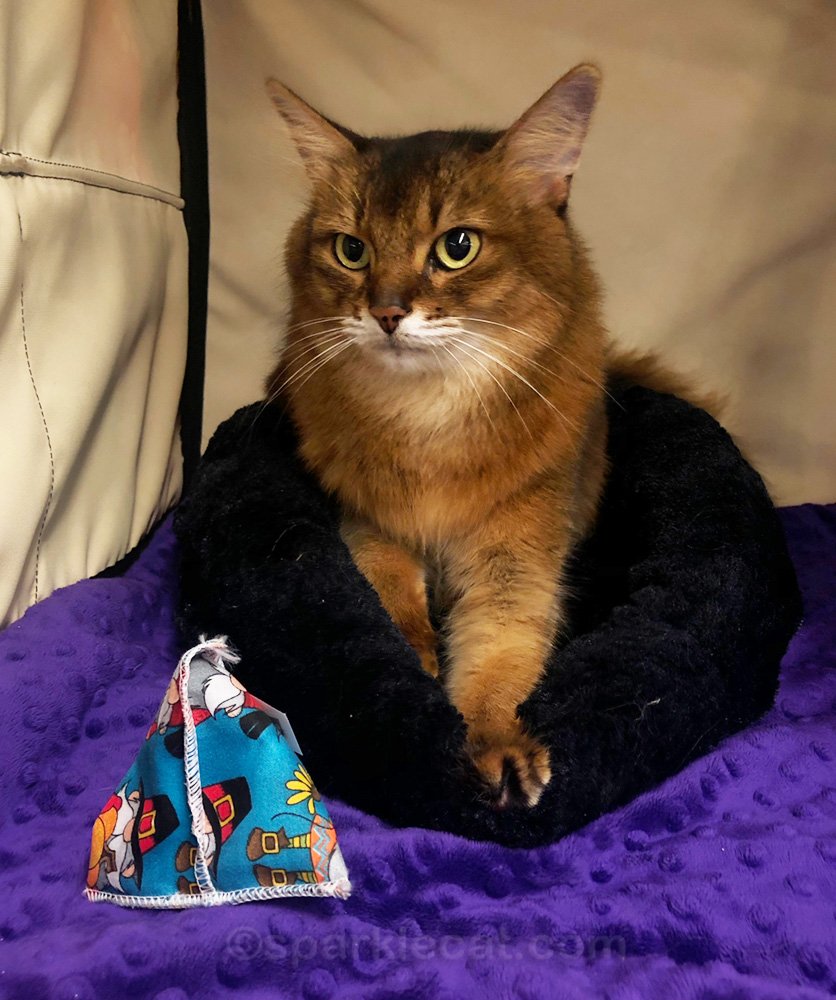 I was a little tired the first show day after my exciting travel day. I relaxed a lot in my enclosure, but a lot of my social media followers stopped by to say hello. One of the nice show managers who loves me gave me this catnip toy. 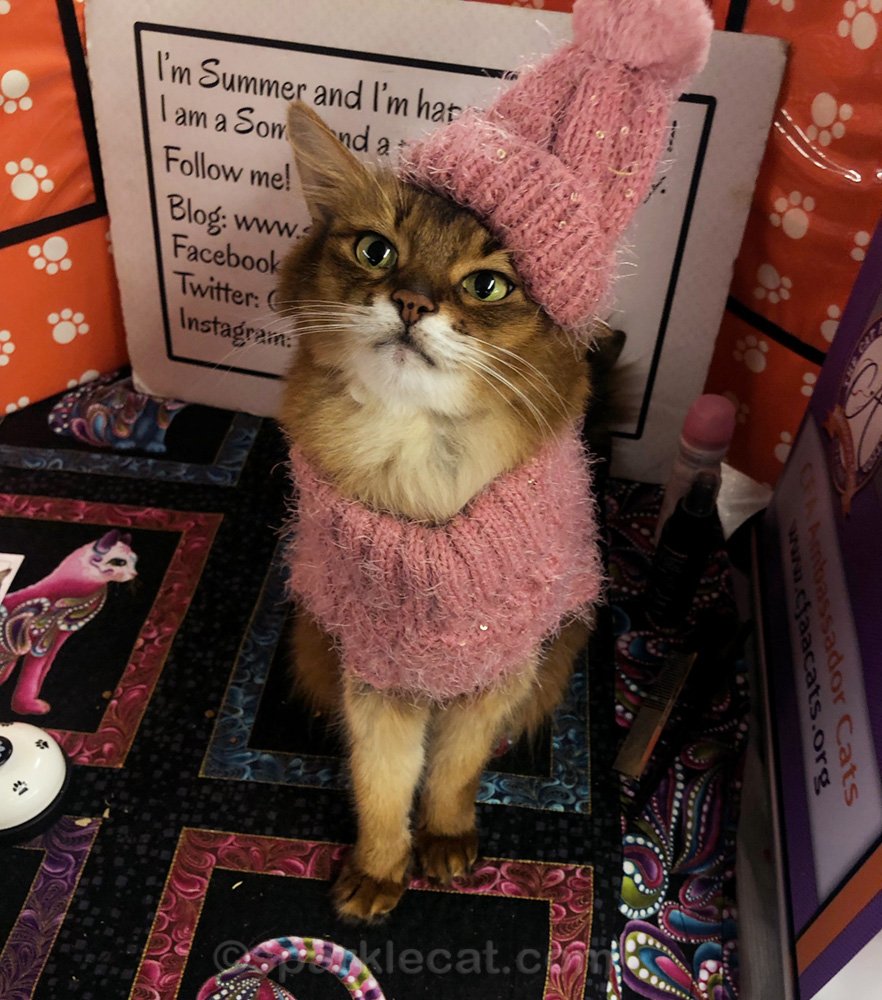 I was a lot livelier on the second day of the show. Even though I didn’t get to do anymore bathroom shots with my pink sweater and knit hat, I did wear them in the morning. One of my Instagram followers posed with both of us wearing our knit hats and posted it in her Stories. 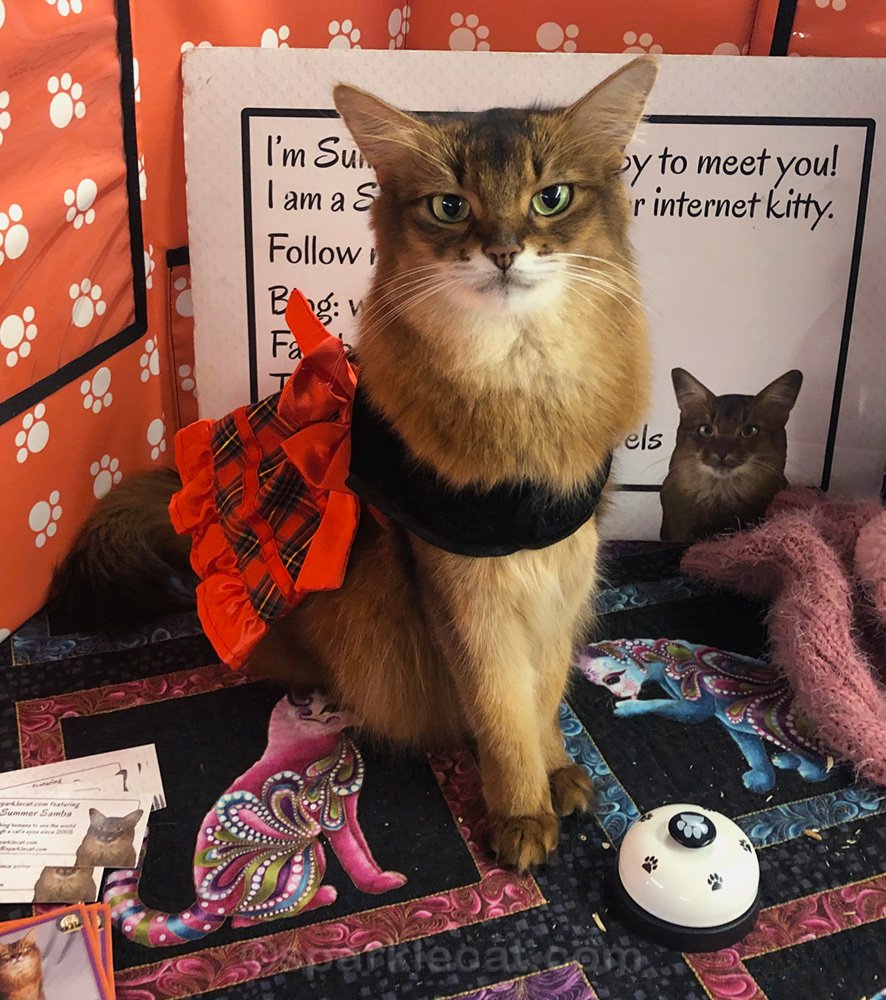 I also got to wear my festive holiday dress. And you may have noticed, my human remembered my bell this time! (She forgot it for last week’s cat show.) 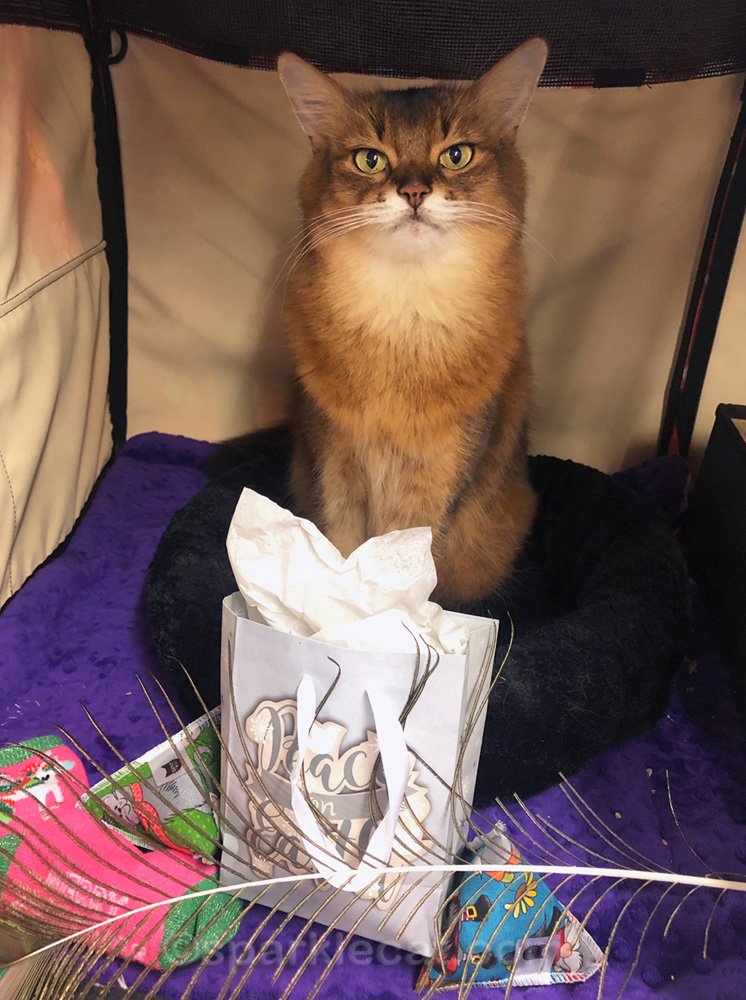 Lots and lots of people came by to see me on Sunday, and I did a lot of bell ringing and high fiving! Some of them gave me gifts and I’m posing with some of them here. That was so nice of them.

What a fun trip! It’s my last show of the year, but my human already has two shows planned for me in January. 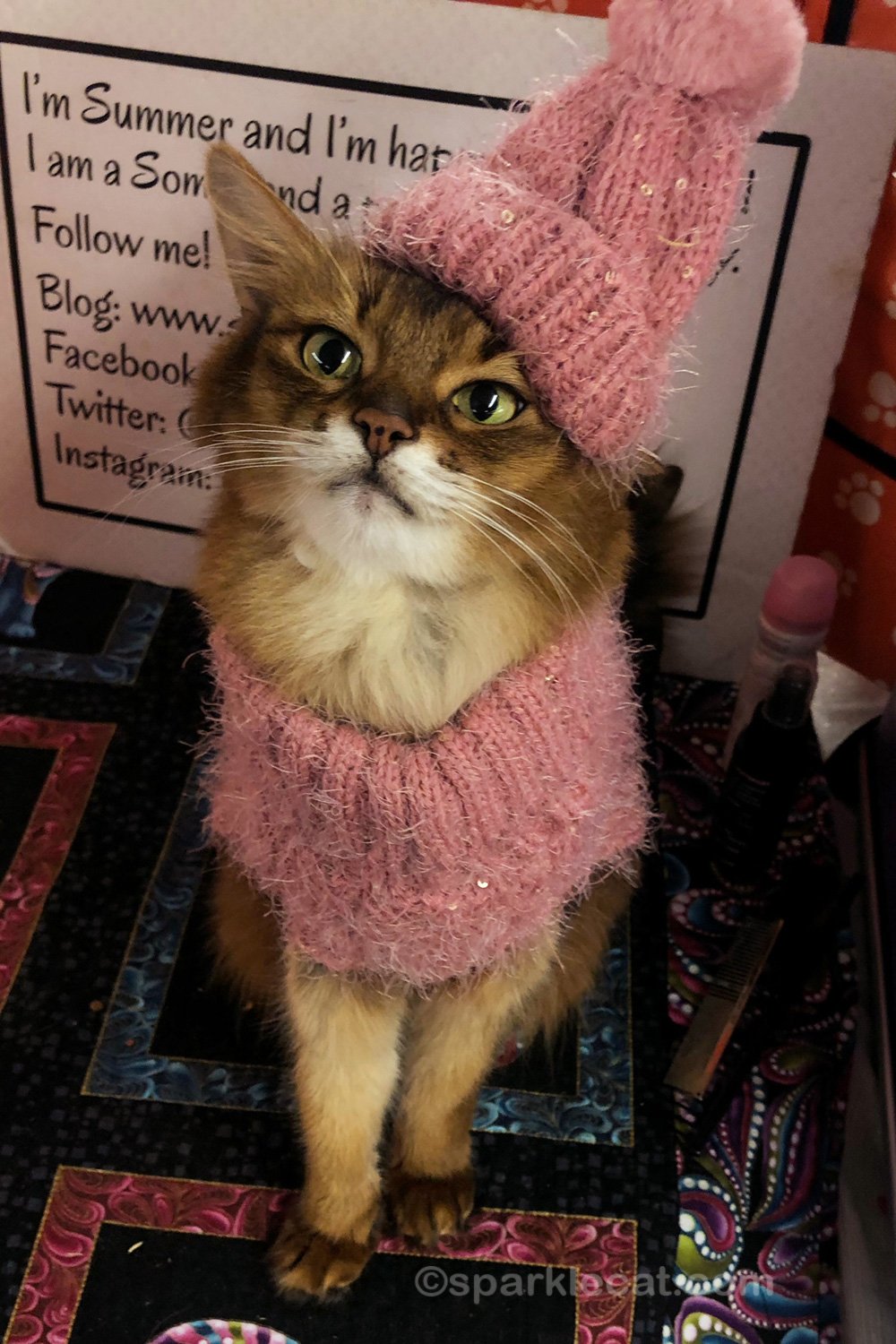