This year has been an amazing one for me! So much went on that I can’t share all of it in just one post. So I’m breaking up my 2018 in review into two parts. Part 1 here is January through June. 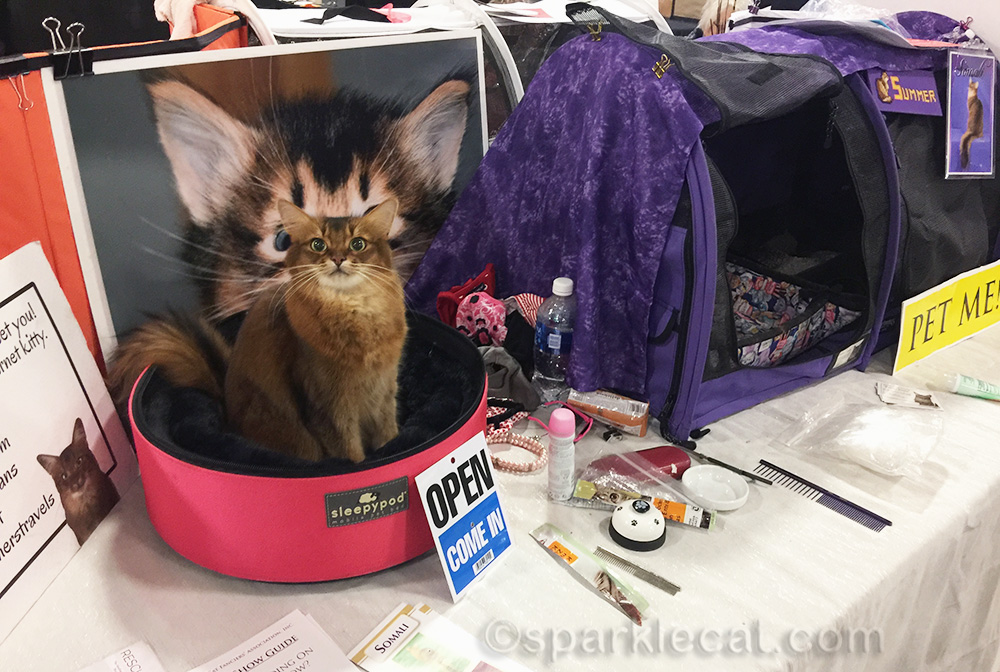 Every January, I’m one of the Pet Me Cats at the San Diego cat show in Del Mar, California. It’s the biggest CFA show on the West Coast. This time was special because my human gave a talk, and I helped! 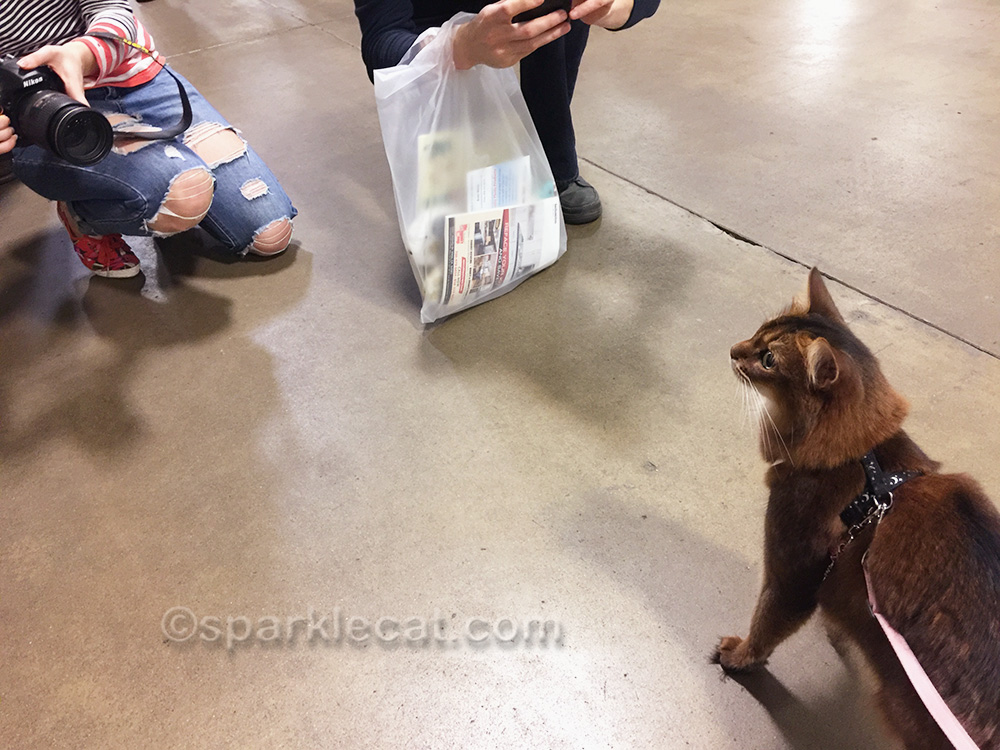 I got lots of attention at this show! While I was on my leash, I was surrounded by photographers! 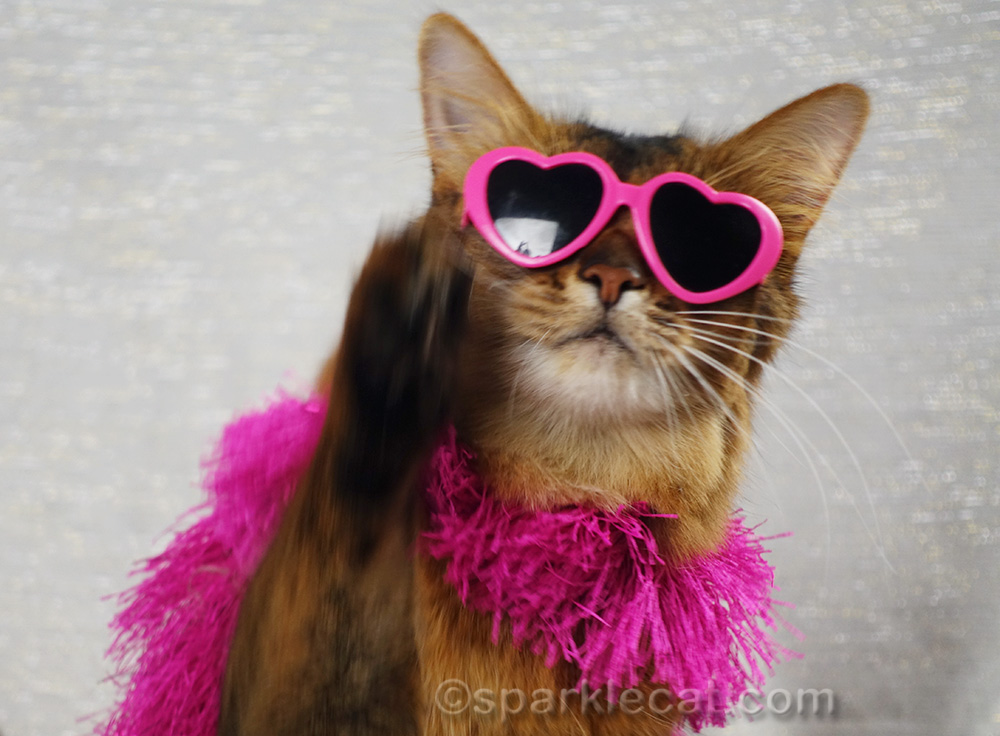 I may have even started to get a little bit of an attitude! 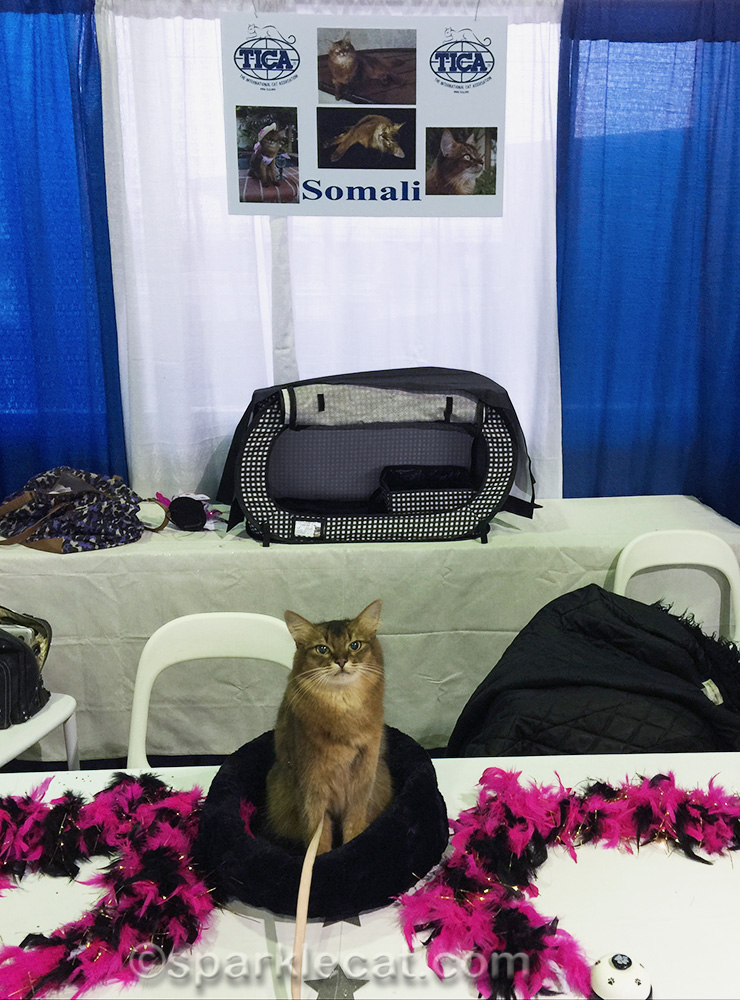 In February, I had my biggest trip, and event, ever: Meet the Breeds in New York City! It was very exciting, and I’m happy to be doing it again this year. 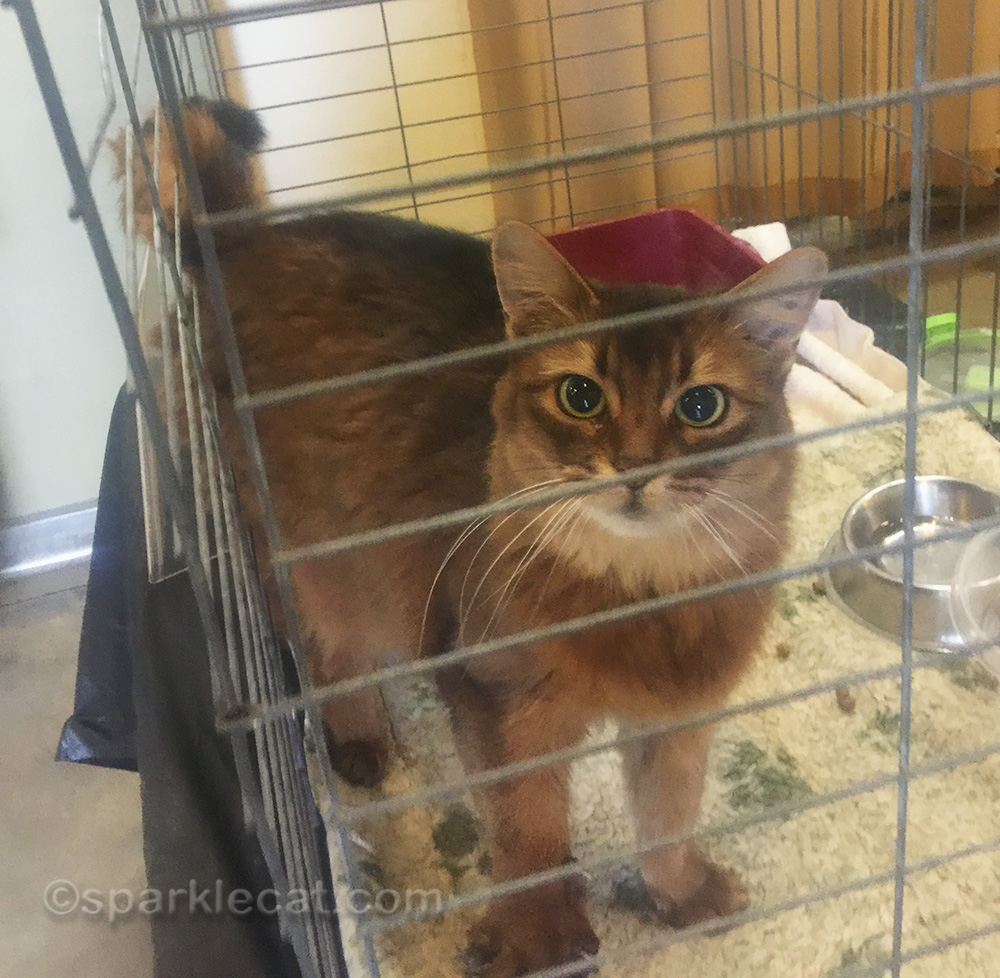 Miss Kitty — the senior Somali rescued by Southern California Abyssinian Rescue, was still looking for a home them. Happily, she got adopted not long after this! 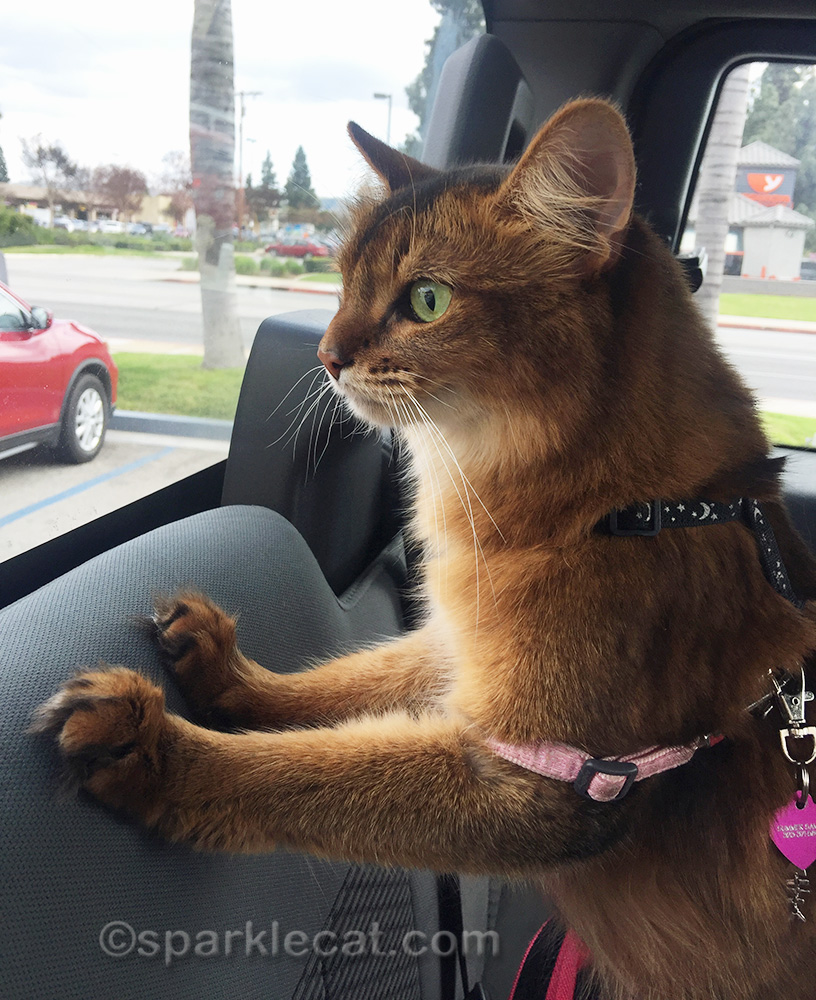 March was a rough month. I was supposed to go to Palm Springs, but my human’s car started having problems. And then it got a flat tire that couldn’t be fixed on the way there. So that trip got ruined. The car is continuing to be troublesome, and my human was going to buy a new car at the end of 2018. But she wound up spending the money on something else. 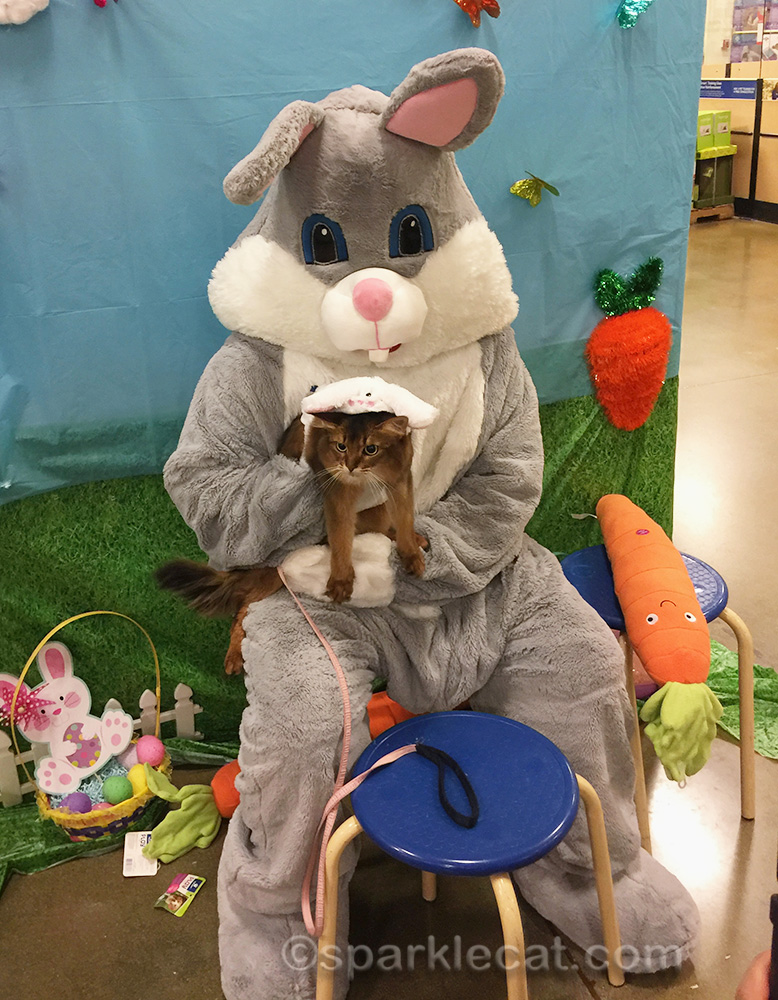 On a lighter note, I did meet the Easter Bunny. 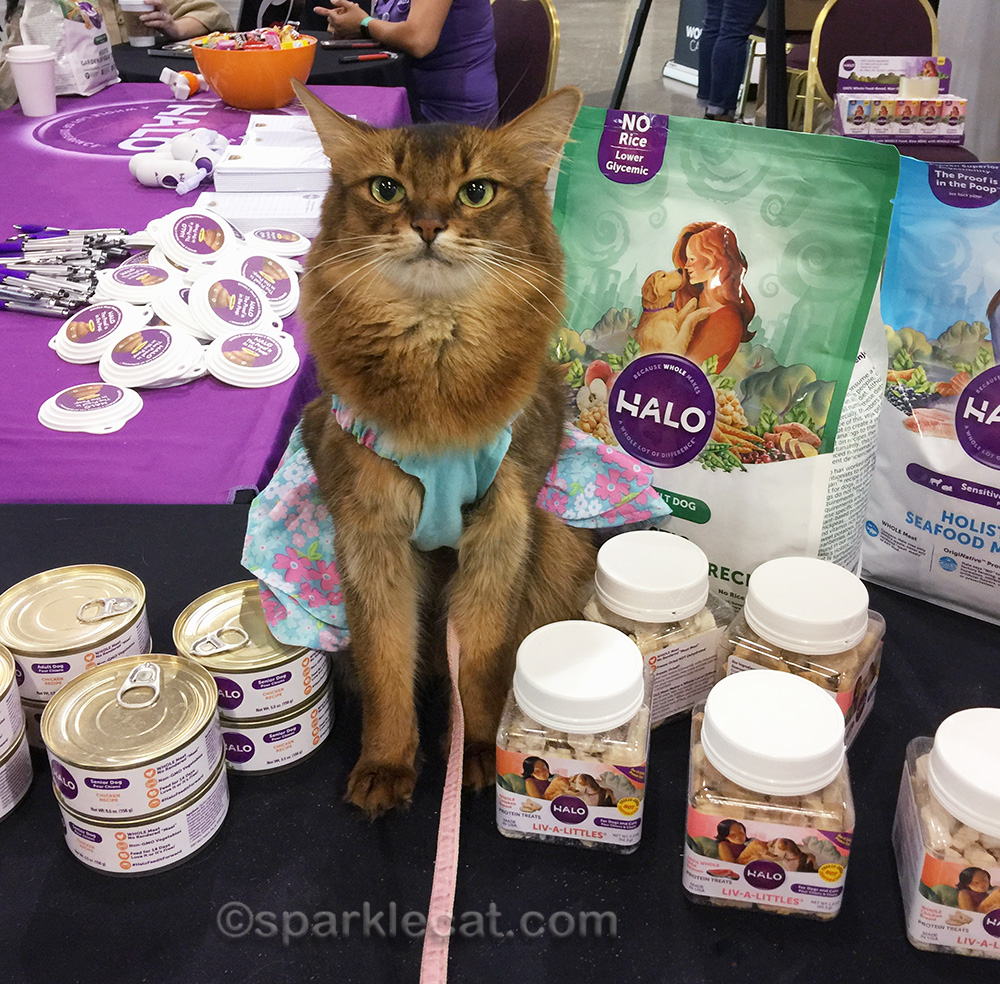 In April, I had another one of my big trips: BlogPaws in Kansas City! That was a lot of fun! There were several other blogging cats there, and I felt we represented very well. 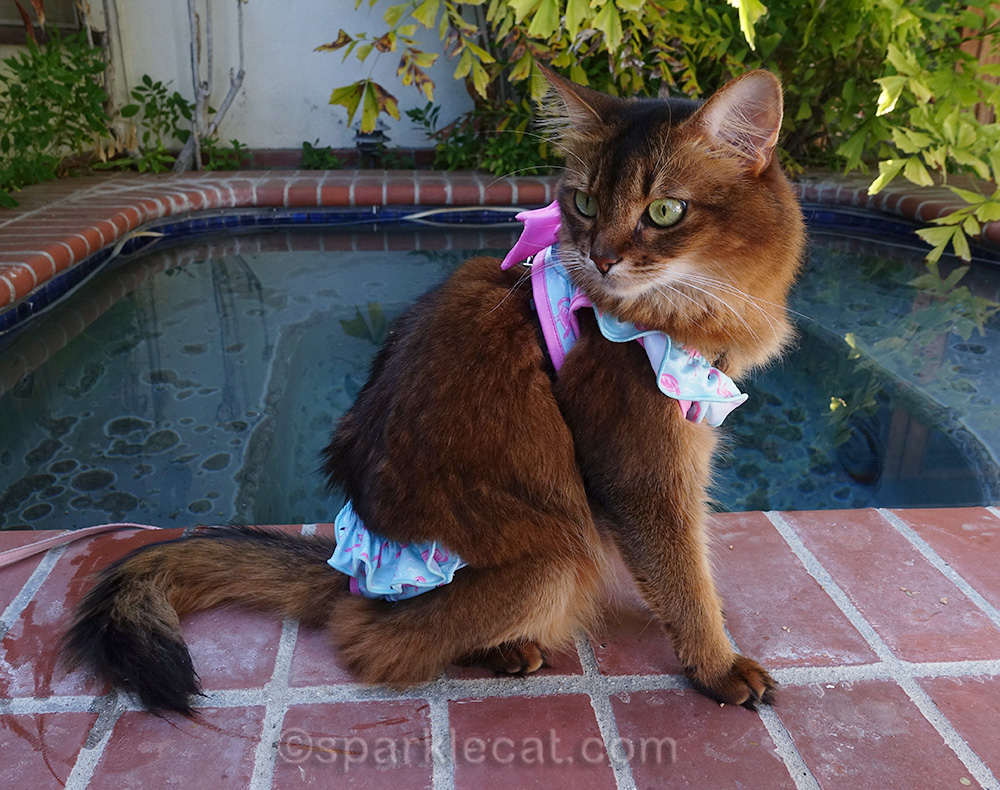 With the weather getting warmer, I also got to do some outside modeling. Here I am in this year’s bikini. 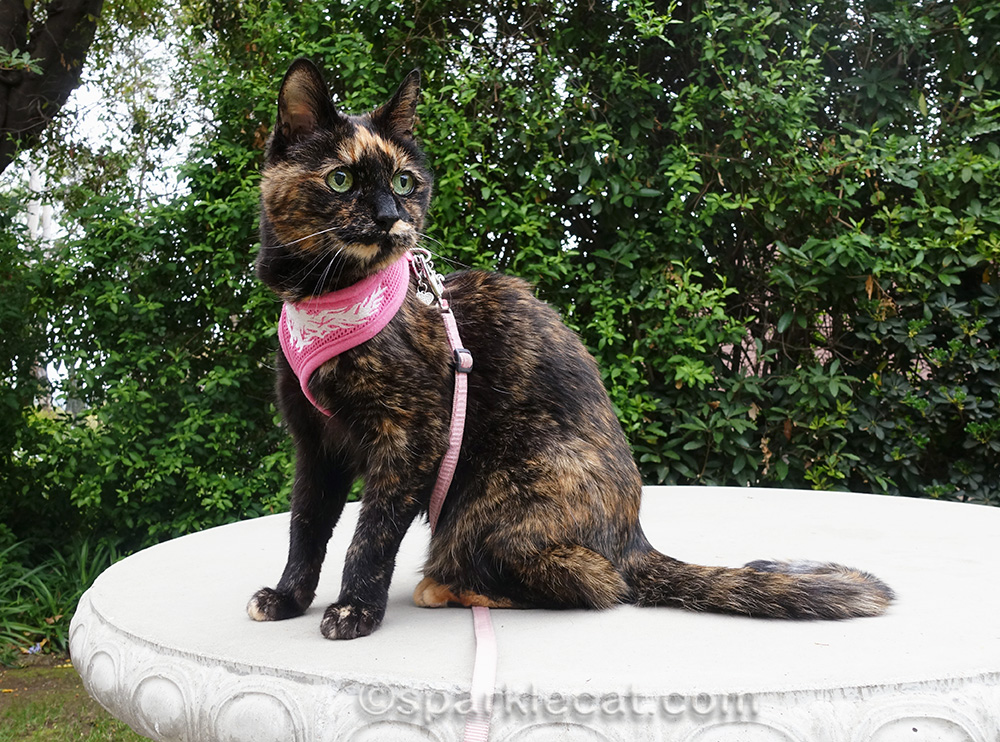 I’m not the only one who got to go outside in 2018. So did Binga! Usually my human takes her out back, but in May, she got to have one of her front yard walks. My human had to convince her not to go in the street. 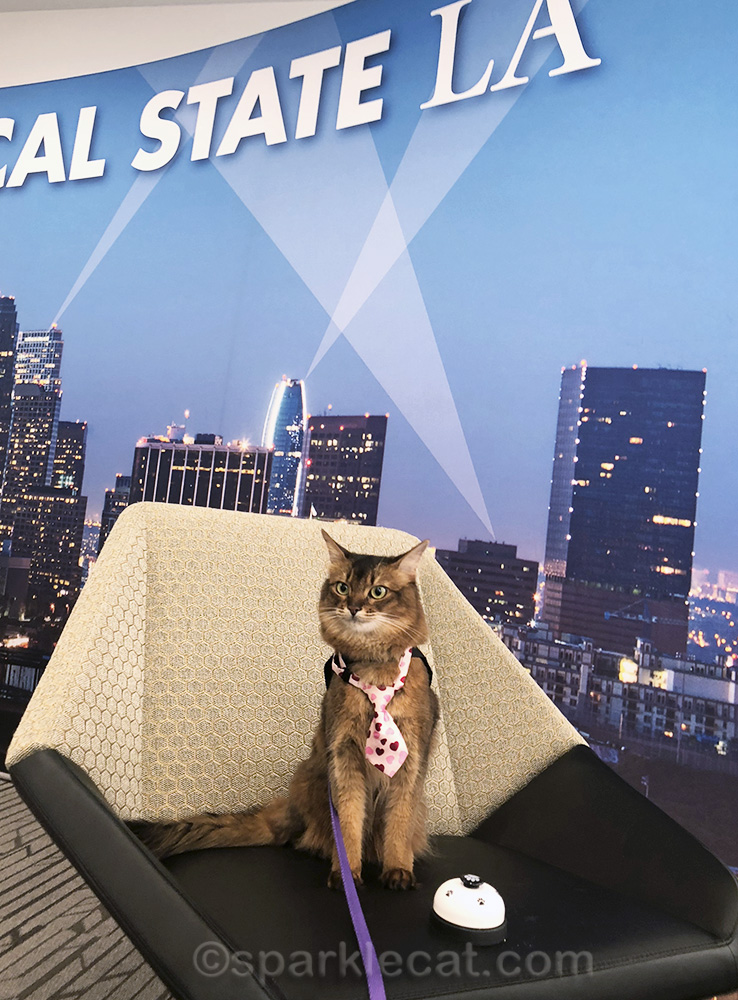 I did lots of therapy cat visits in 2018! One of the more unusual ones was for finals week at the Cal State L.A. downtown campus. I actually prefer it to the other campus visits because it’s inside. 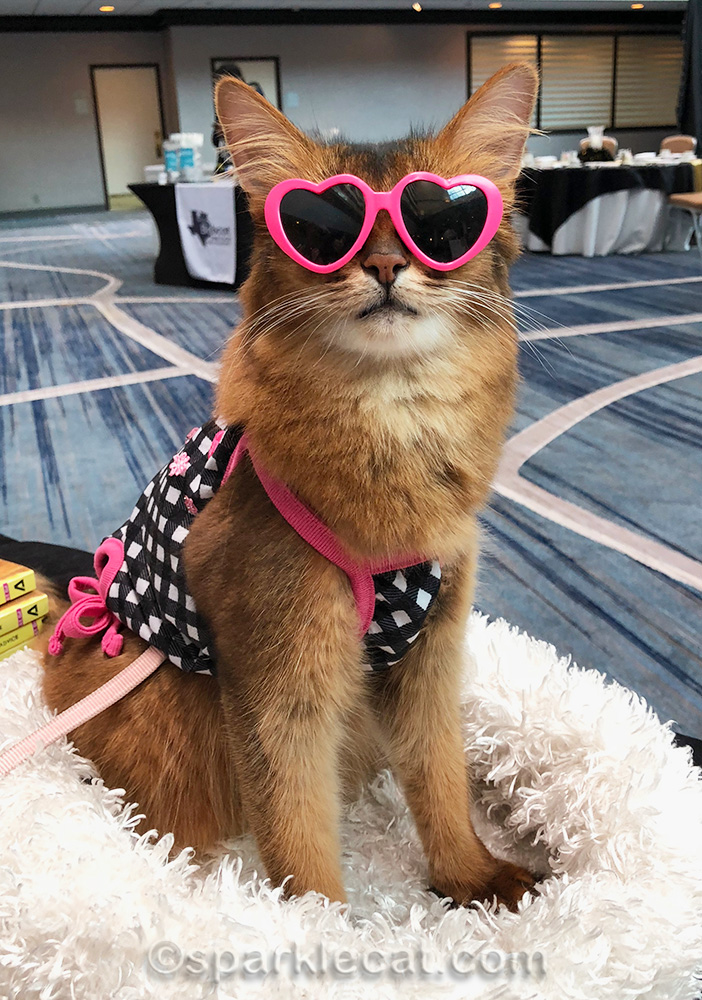 June was another big month, with the Cat Writers Conference in Houston! My human spoke about Adventure Cats, and once again, I helped her with her talk. I was the only cat in attendance, so I got lots of attention. Plus I was a Pet Me Cat at a cat show while I was in town. 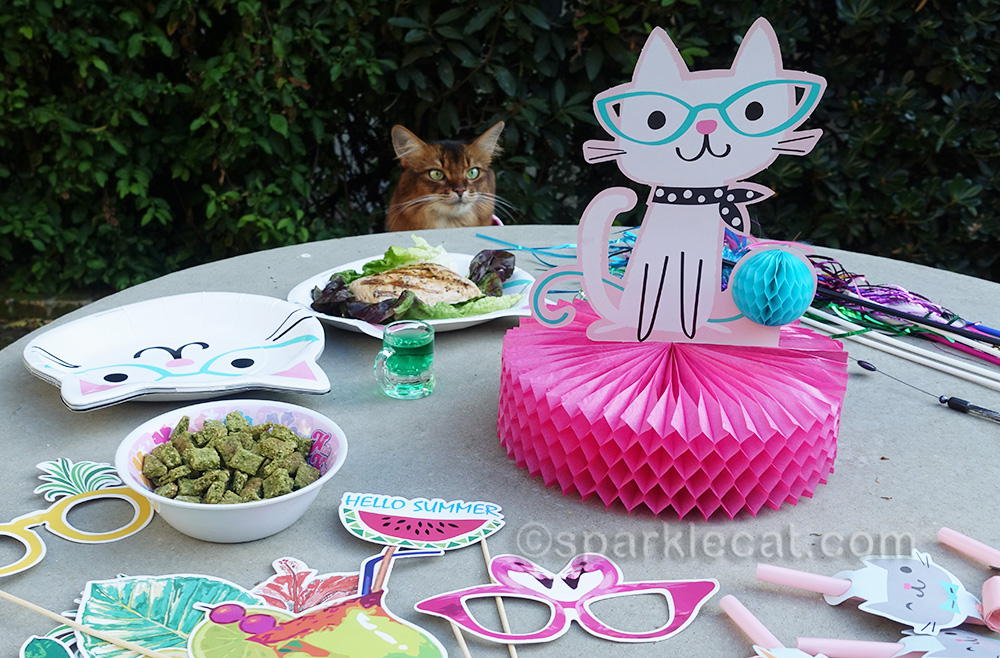 And of course, June also meant Cat World Domination Day! It was a pretty big party this year, with an impressive spread!

Wow, I did a lot during the first half of 2018! Just wait ’til you see the rest on Monday!