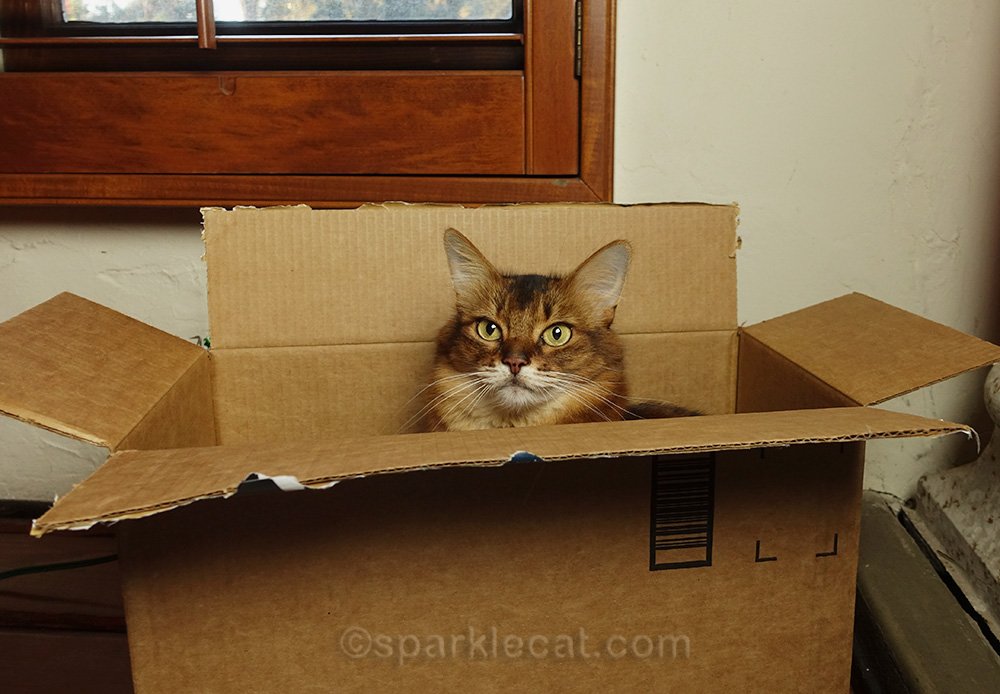 My human and I had a photo session planned, but in the end, it wasn’t all that exciting. So I decided to share some random, fun photos from the past few days. I think they are better than what was originally going to be here! Above, I am playing in the box that my Secret Paws gifts came in. 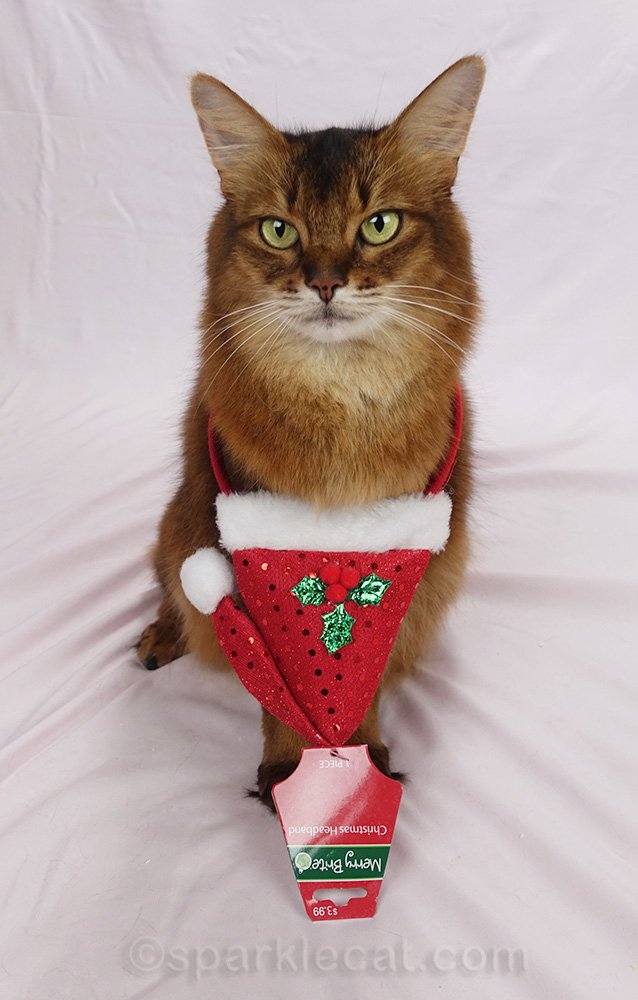 My human brought home this Santa hat headband, thinking that she could rip the hat off the headband and make it work for me. This may still happen, but I get the feeling the results are going to be less thrilling than she had hoped for. 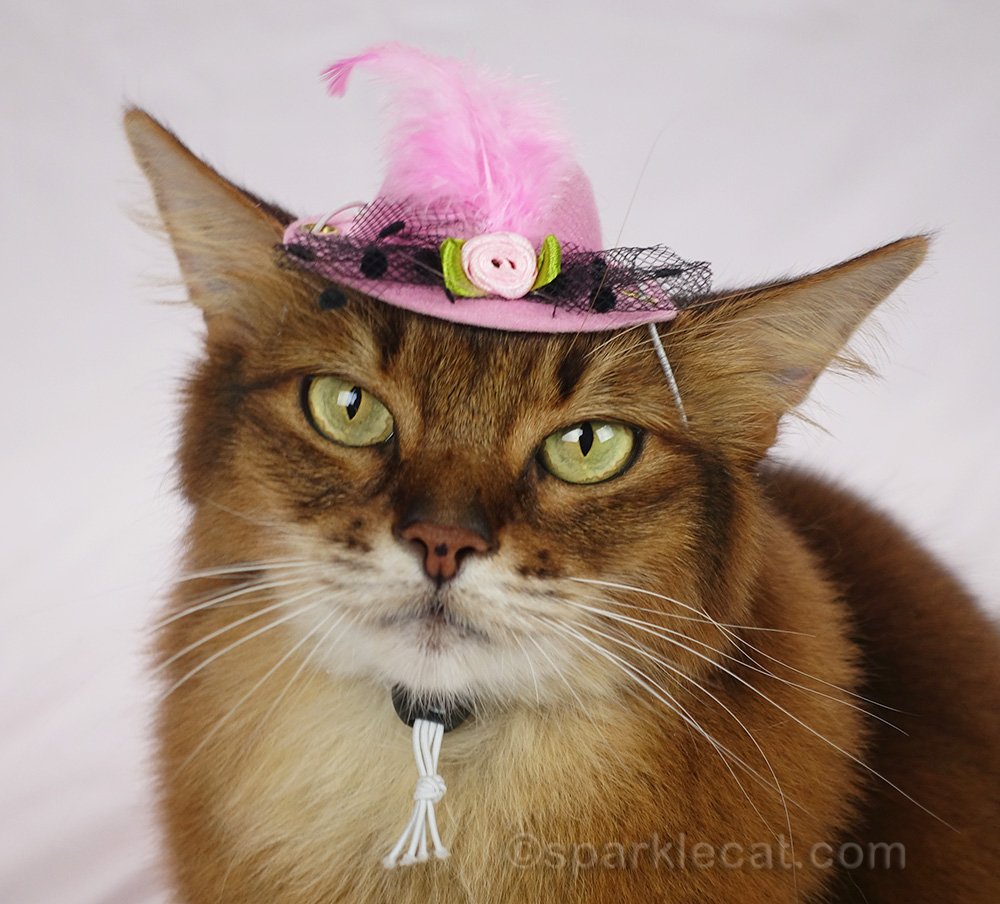 Between the Santa hat headband and the aborted photo shoot, my human decided to put the tiny pink hat on me. She figured it was the least she could do, since I like this hat a lot. 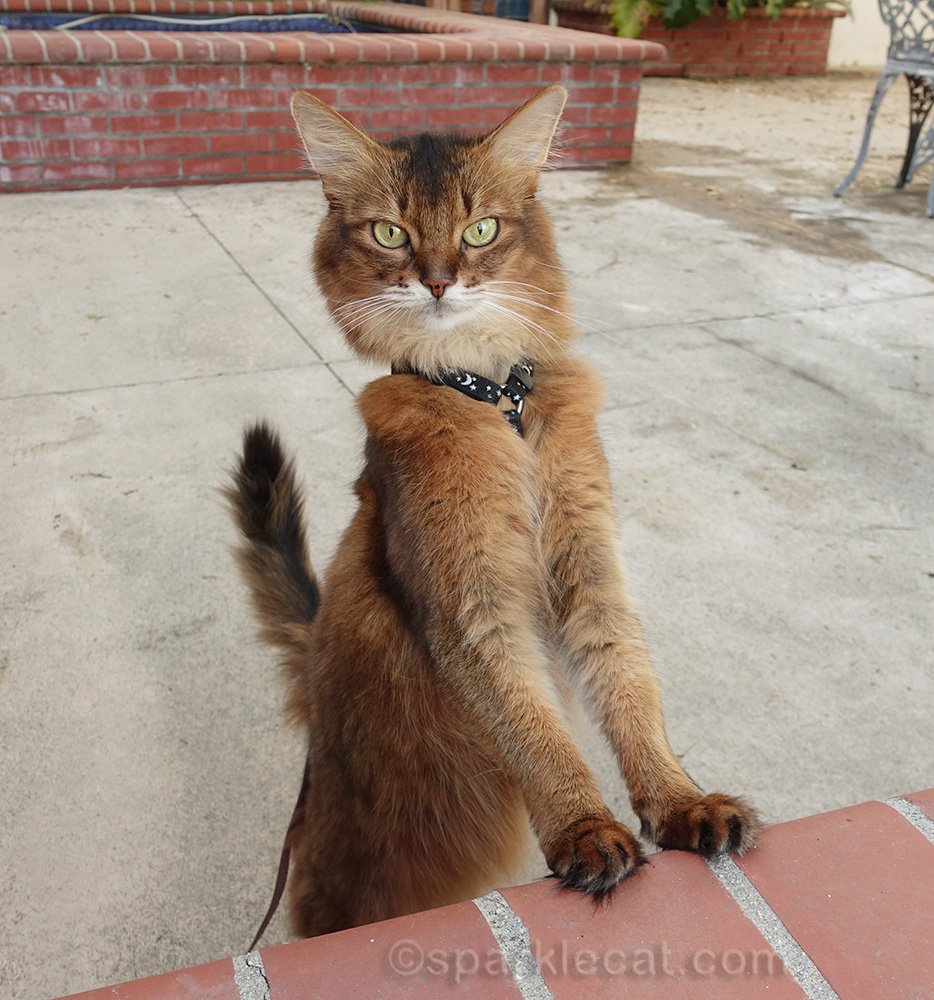 This is from an outing I had yesterday. I was all excited to go out on my leash… but then I just stayed out for about 10 minutes and went back in. Admittedly, it was a little chilly out. 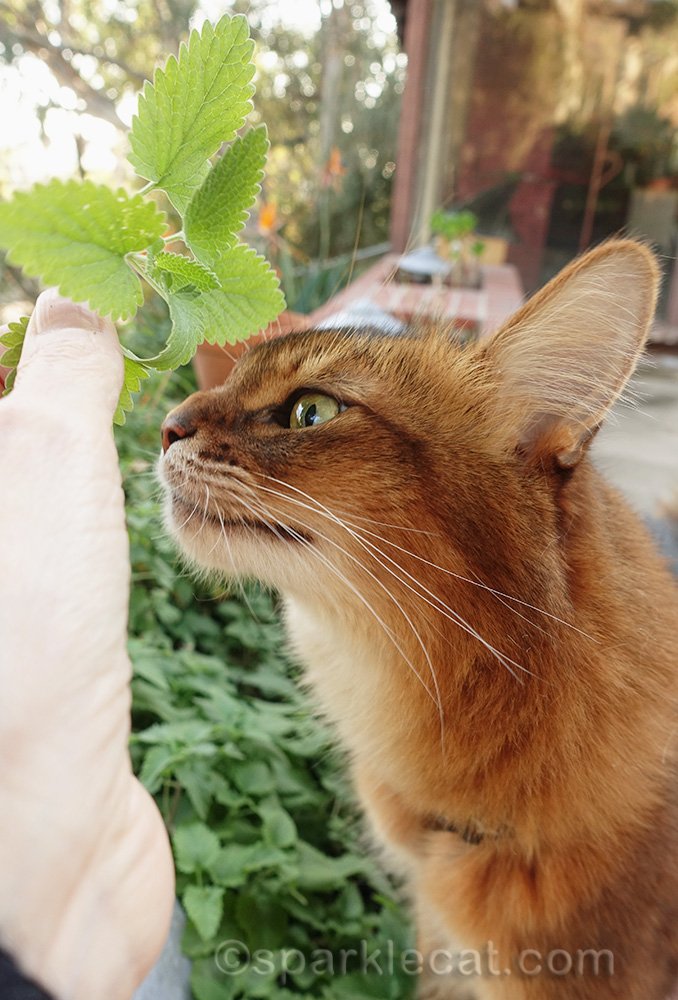 Of course, I made sure to check out my catnip garden while I was out!

I hope you enjoyed these photos! I think they are better than what was originally planned. 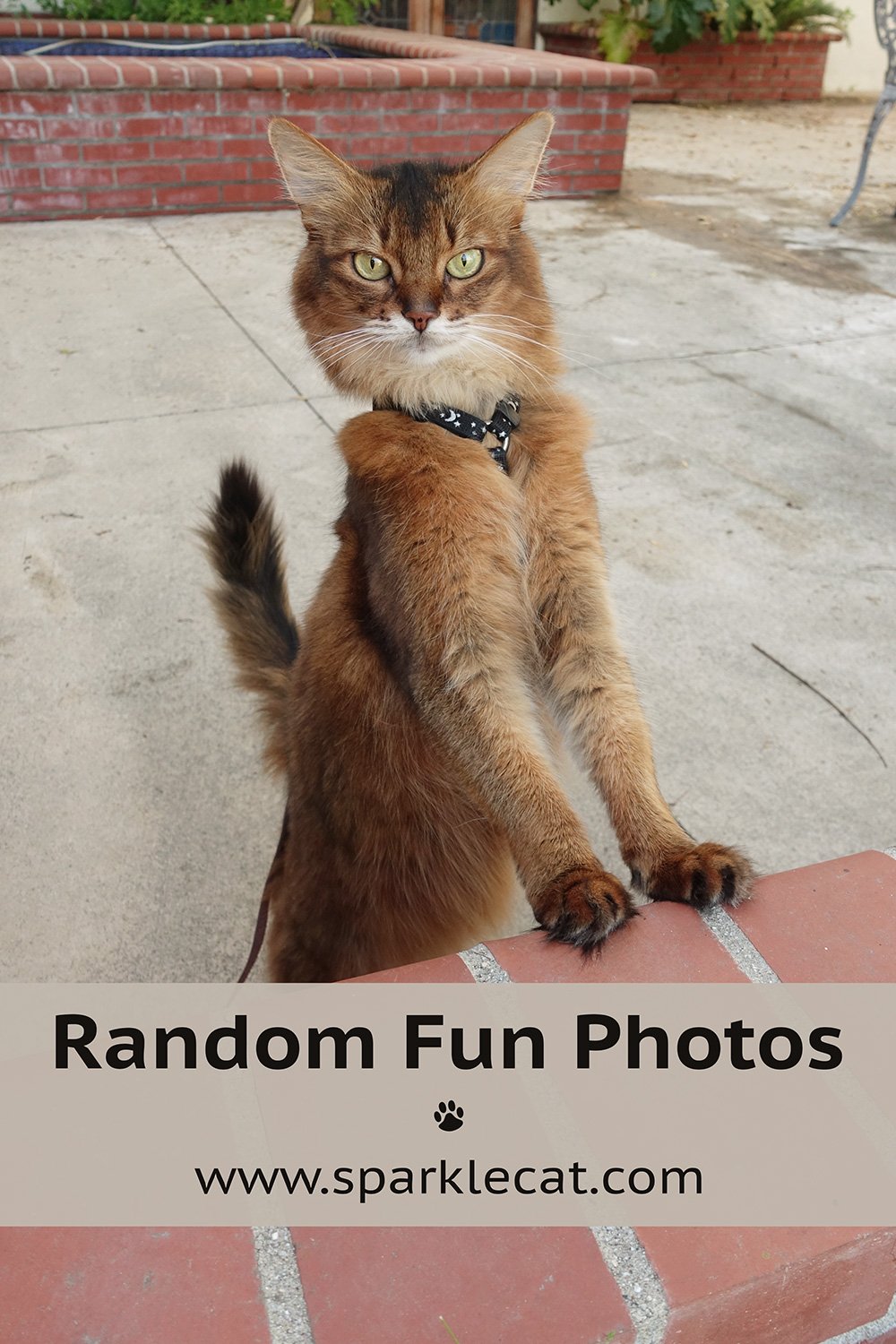 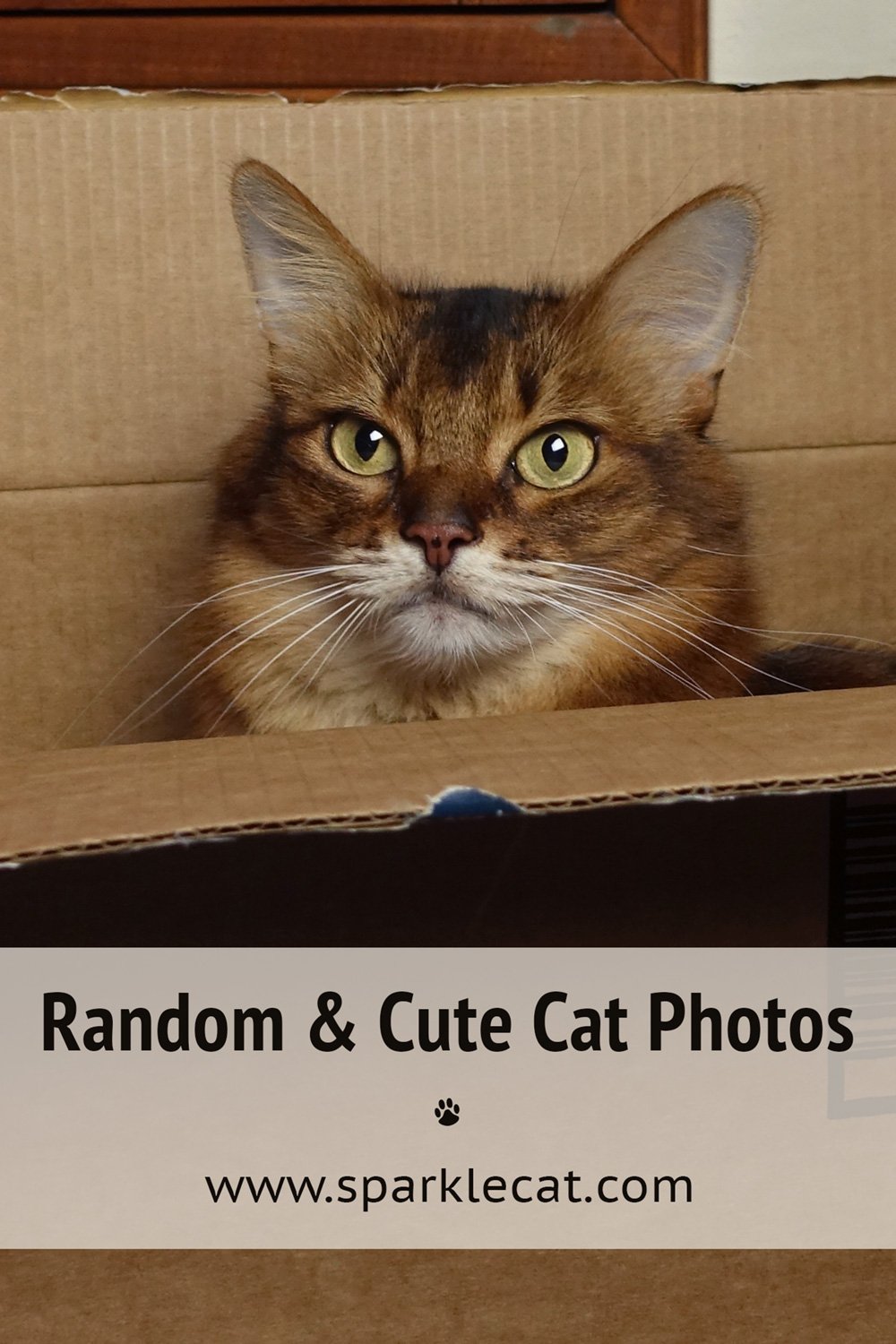