You are here: Home / Diary / More Outtakes and Extras! 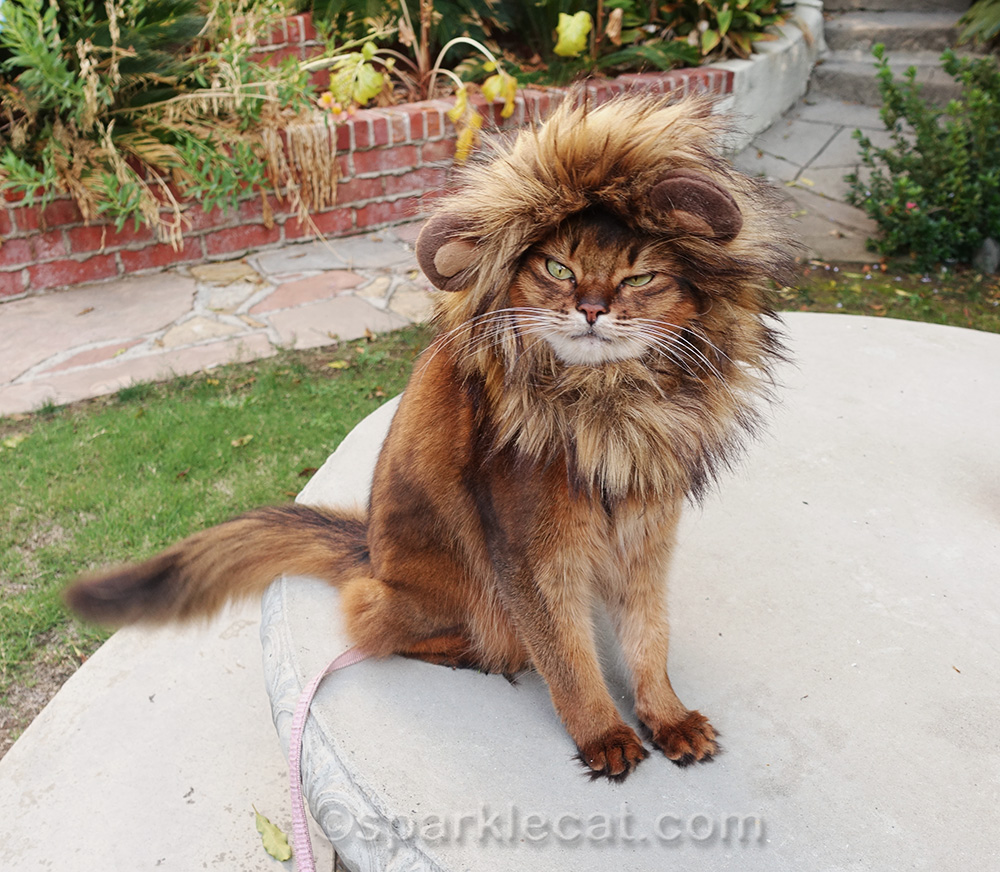 I know I had some outtakes and extras for you last week, but I’ve accumulated even more! I mean, how could I not — I had to wear a lion’s mane this week, among other things. I look grouchy in the above photo because my human had tried to adjust the mane… and made it more crooked instead of straighter. 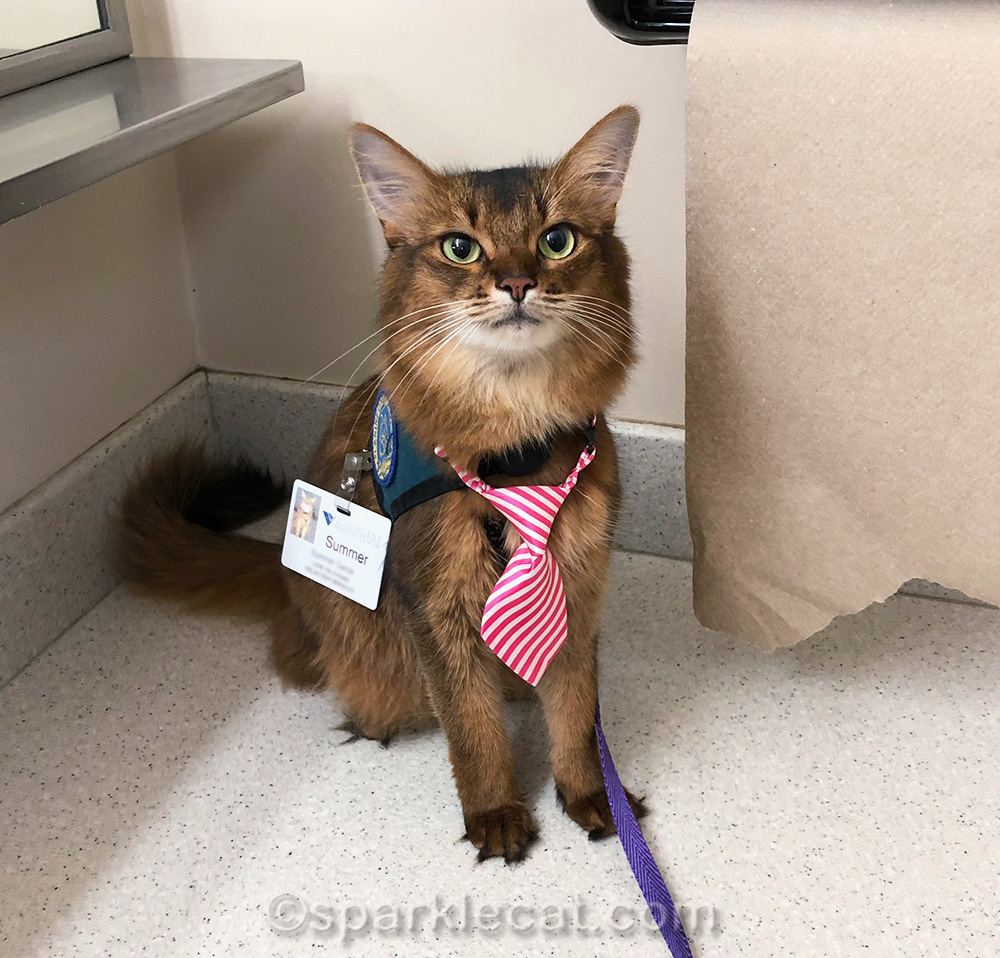 This is more of an extra than an outtake, since I’m posing nicely. The only problem is it’s in a hospital ladies room! The location was definitely lacking. You can even see the edge of the paper towel dispenser. It’s a good thing one of the shots in the car came out that day. 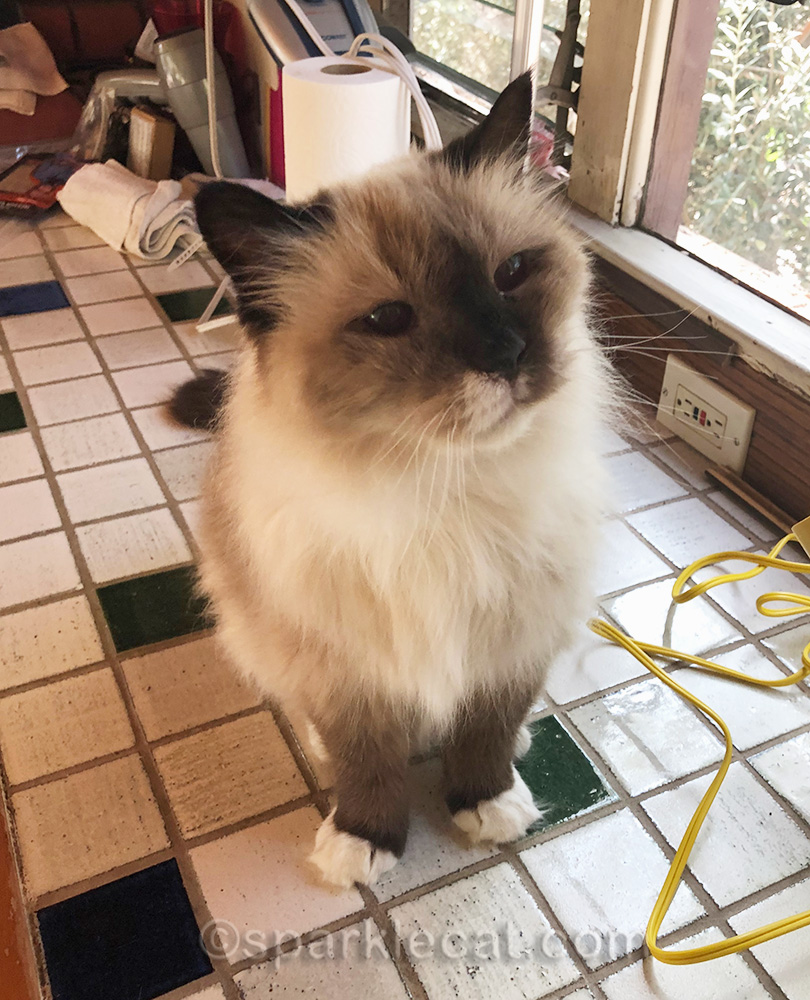 Here’s another extra… of Boodie! I know you don’t get to see her very often, so I wanted to include this photo. My human gave her a thorough comb out this week, but didn’t get a before photo — just the after. 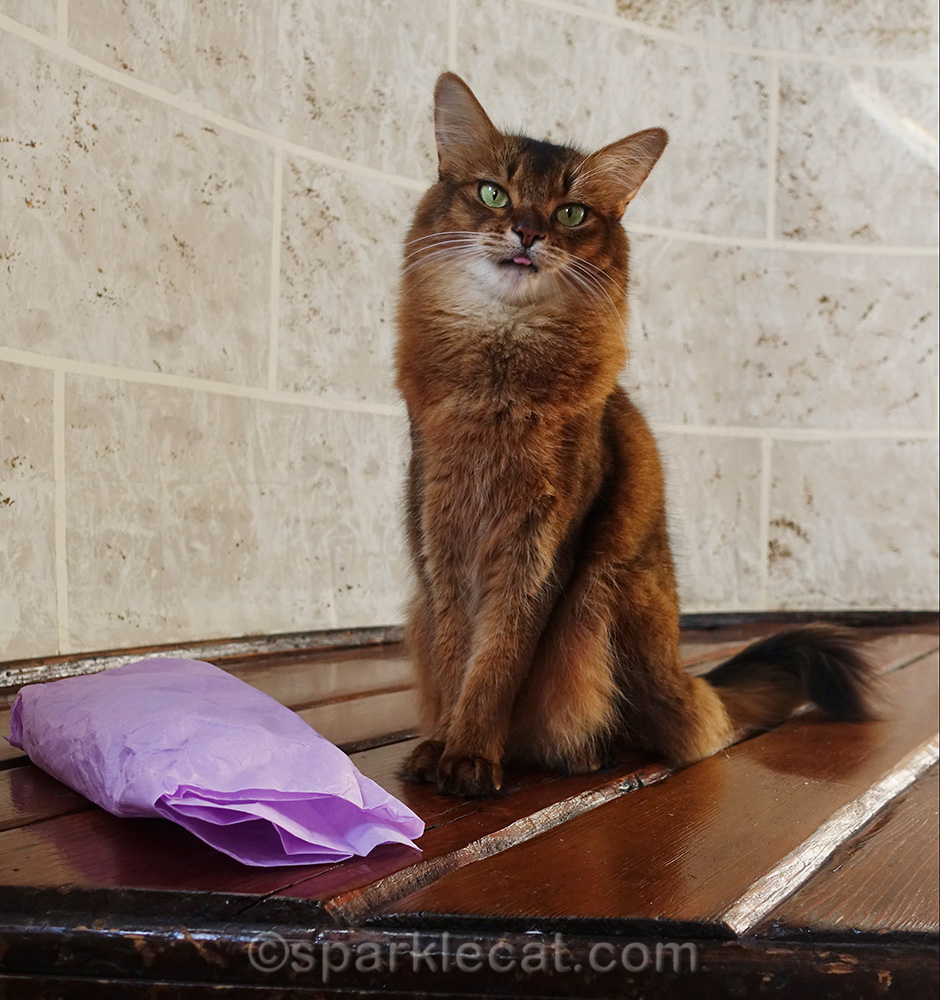 Here’s a sassy one of me with my tongue out. That’s no commentary on the items wrapped up in the lavender tissue paper, though! They were lovely and came from an Instagram pal. You will see what they were on Sunday! 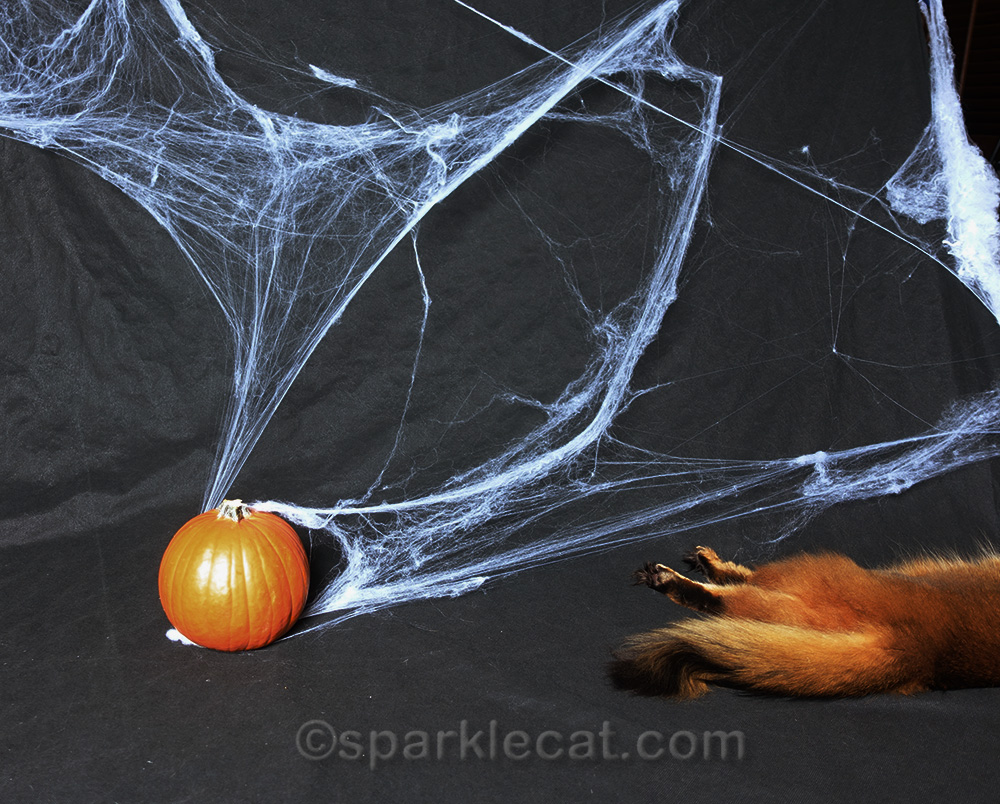 This one is definitely an outtake! My human was preparing the set for a Halloween shoot and doing things like figuring out the exposure and white balance. That’s why the colors may look weird here — the white balance was way off! I happened to come along and flop down while she was busy with all that. 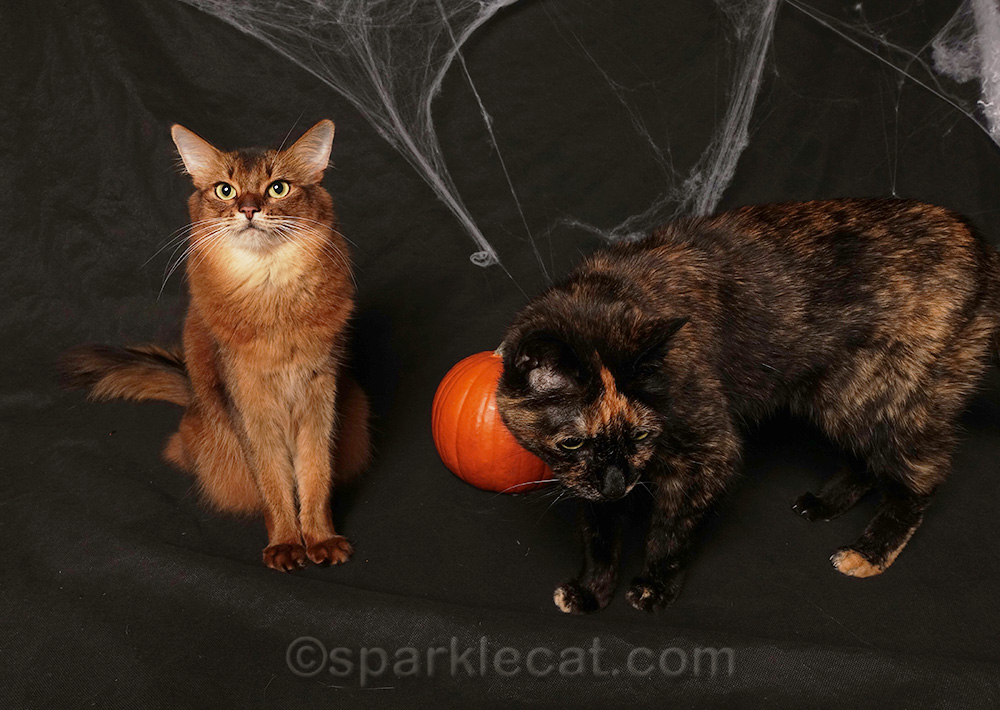 Some of you were wondering where Binga was during my Halloween photo shoots. Oh… she was around! As you can see. 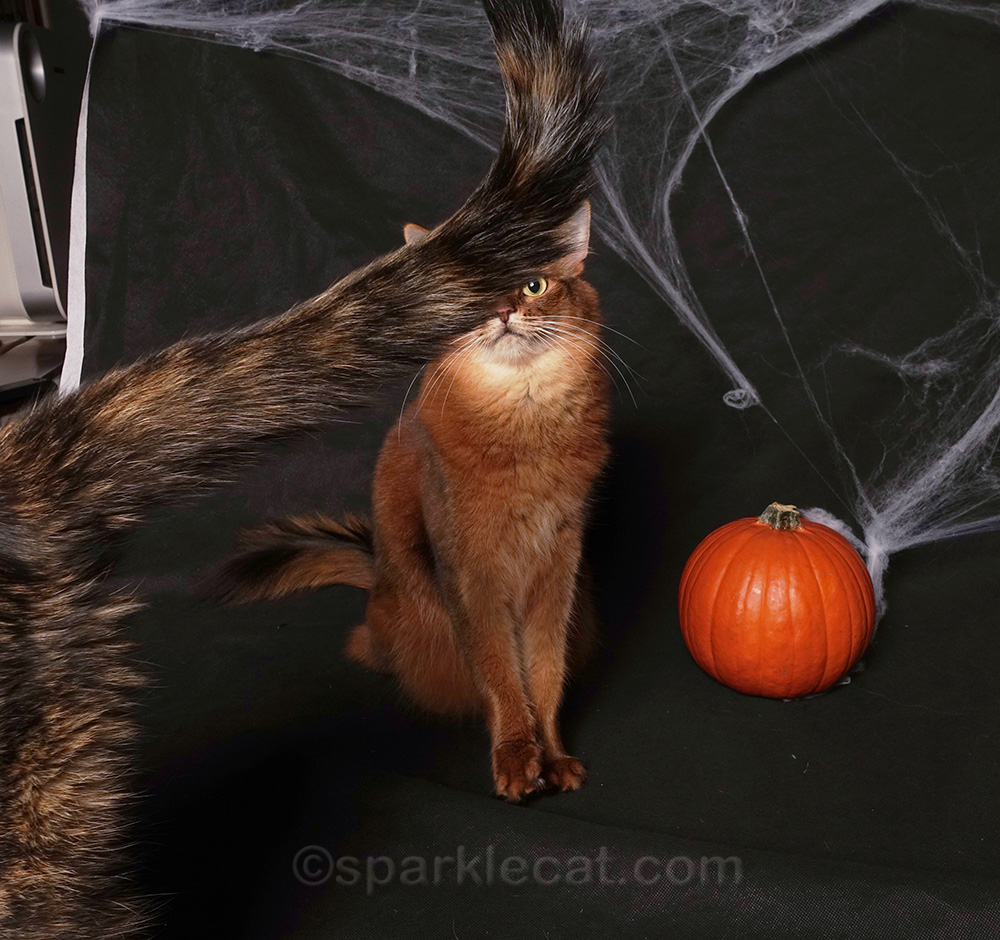 And that brings us to the end of another week’s worth of outtakes and extras!