You are here: Home / Diary / Me With a Bunch of Stuffed Critters 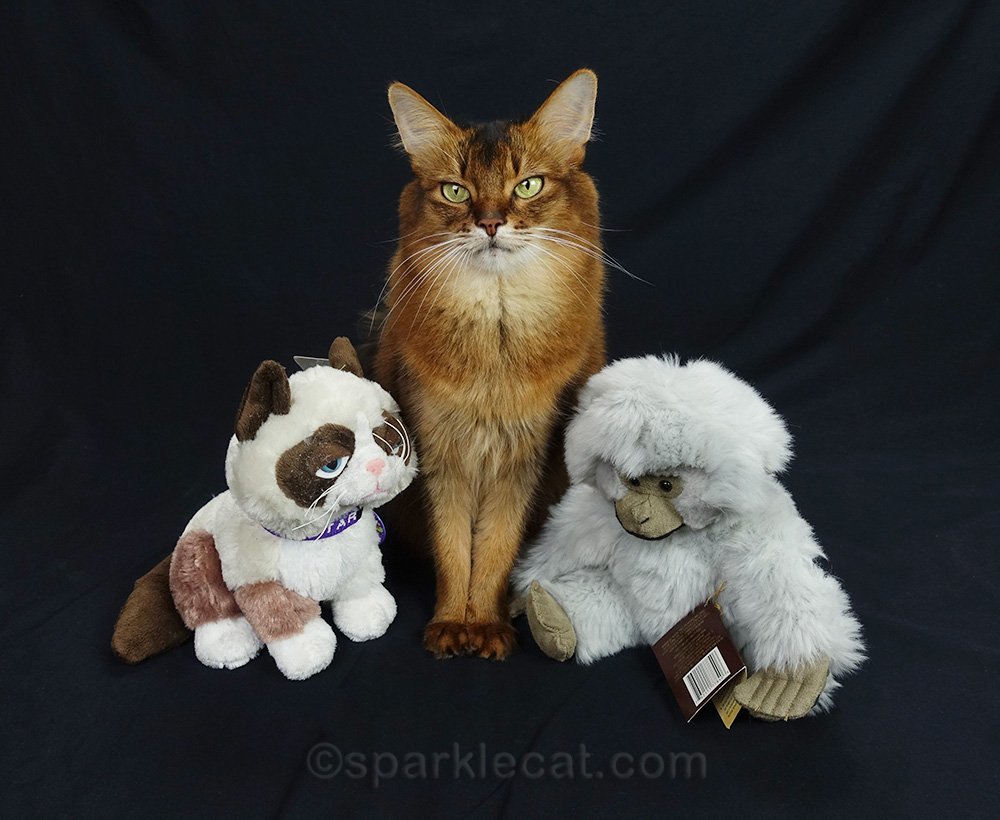 When my human was clearing out the house last year, she got rid of a bunch of stuffies. Not all of them, mind you. She kept “a few.” You are about to see how many “a few” means. And these aren’t all of them. Maybe not even most of them. Anyhow, I’m starting with my stand ins. My human used to use them when she was setting up the studio lights. Now she just uses a gray card, so they’ve retired. I’m not sure why they’re still sticking around. 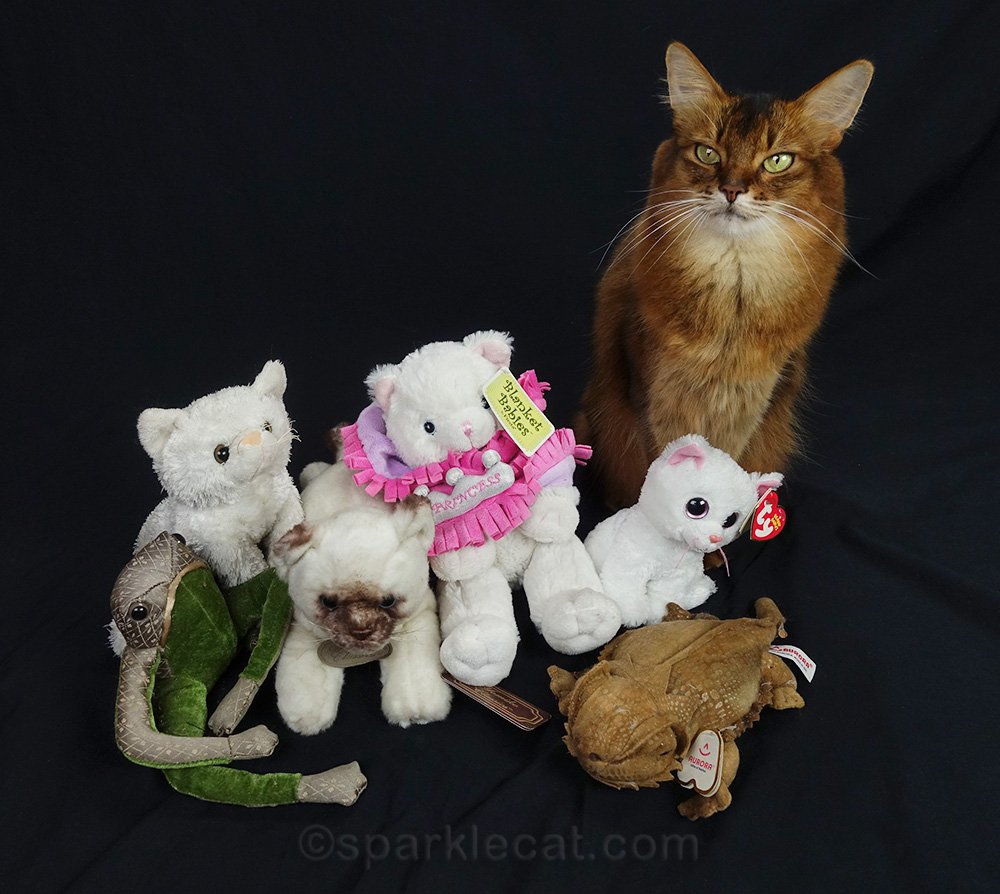 Here are some of the office stuffies. Not all of them. My human used to pick up a lot of cat stuffies. She also found the horned toad one somewhere. Not sure where the frog came from. There are actually more than just these sitting in the office bay window. 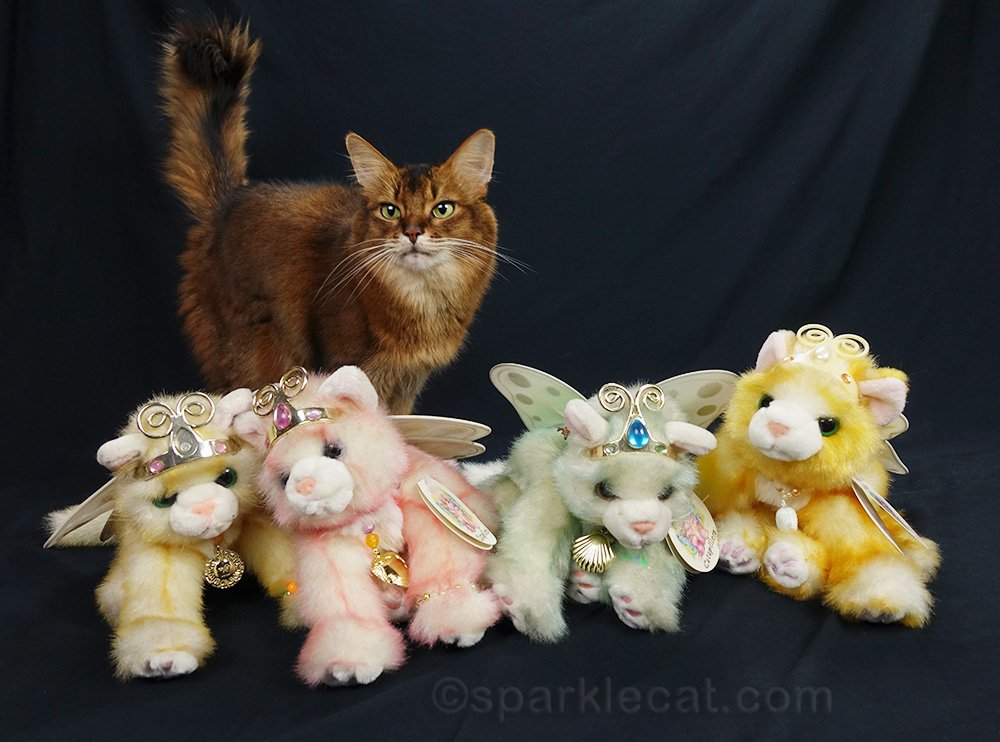 There is a story behind these four winged fairy cats. Back in the early 2000s, they were part of a series. And this shop in central California used to stock them. So whenever my human stopped at this place, once or twice a year, she would pick one up. She thought they were the coolest things ever. She managed to get these four before they stopped making them. If she really wanted, she could find more used on eBay. But I’m not encouraging her. 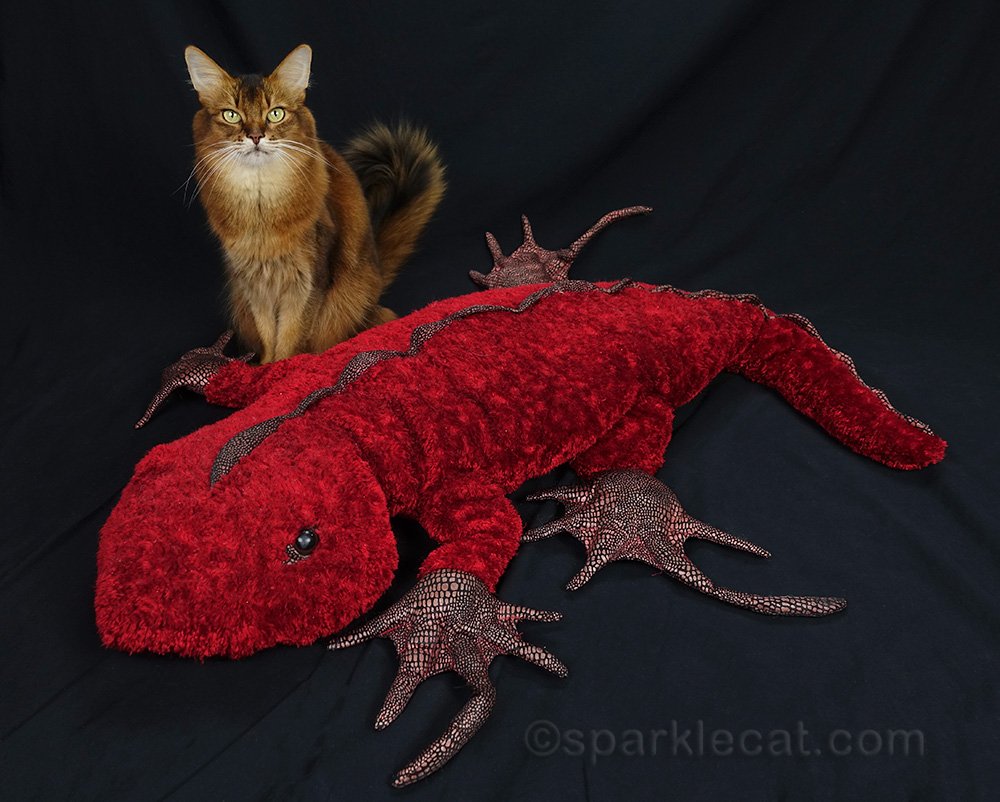 And there is also a story behind this three-foot long red plush iguana, which is my human’s favorite stuffie. She got it for herself for her birthday in 2003. I think it came from CVS. Where ever she found it, she knew she had to have it. And it has been here ever since. Sparkle hated it. (It first made an appearance in this blog post.) 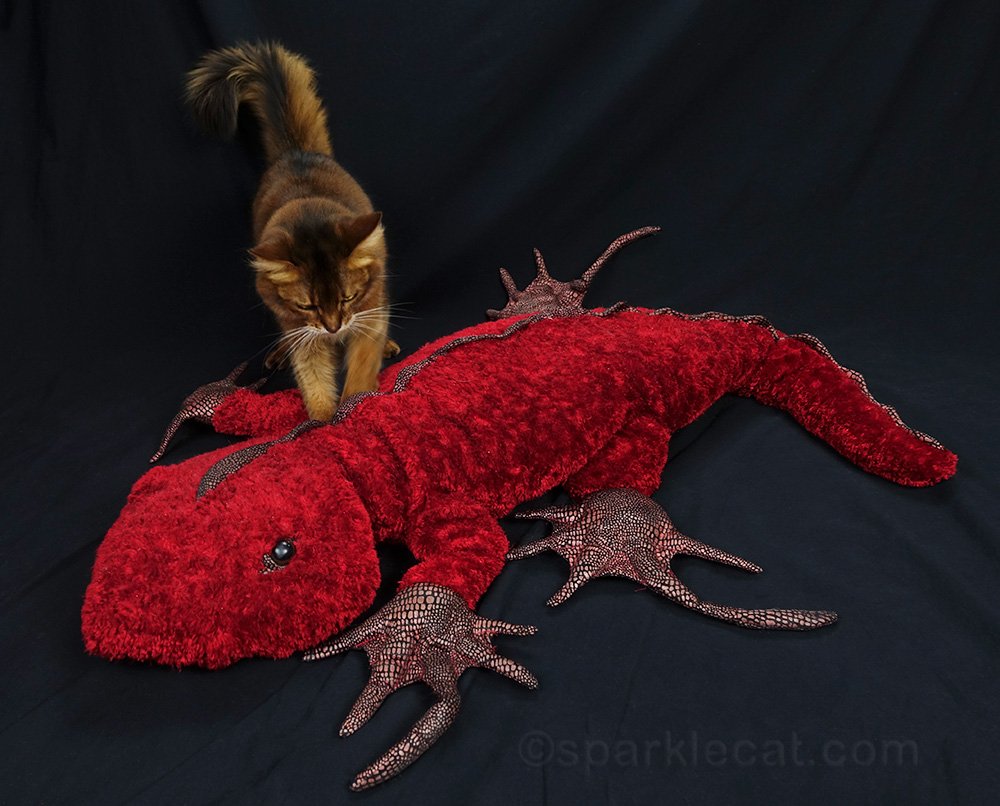 I really like it. It’s a good place to make happy paws on. My human used to have it on the bed, but that was a long time ago. She now keeps it on the dresser, with the winged fairy cats.

I think my human has gotten over her stuffie fixation. But you never know.