You are here: Home / Diary / The Lizard Hunter (Not Me) 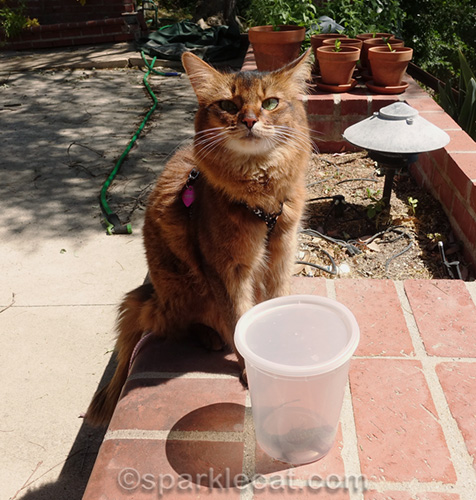 You will have to excuse the bad midday lighting, but I guess lizards don’t think about things like that when they come into the house. As you can probably figure out from the title, there is a lizard in the plastic container. And I didn’t catch it. I bet you are wondering if it was Binga or Boodie that’s the big lizard hunter! 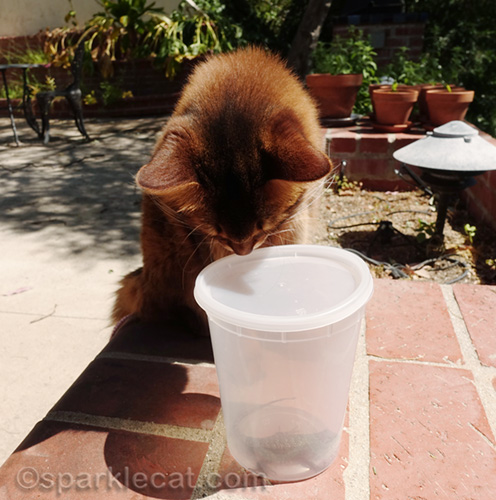 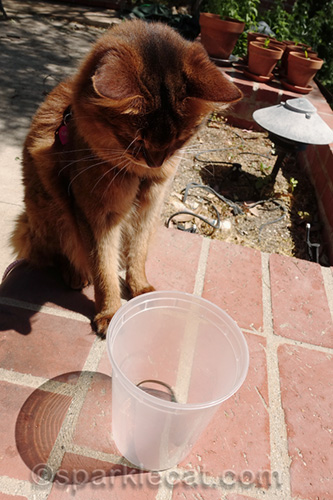 Amazingly, it was still there when my human returned with the plastic container. Even more amazingly, when she bent down and put the container in front of the lizard, it ran right into it! I think my human is some sort of weird lizard whisperer. She does like them a lot. 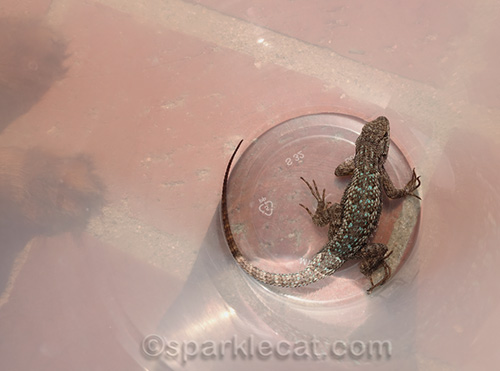 Here is the lizard close up. My human has seen them outside the house, and I’ve seen them out the window but neither of us is sure what kind of lizard it is. The closest match my human could find was the northwestern fence lizard, but supposedly they don’t live in our area. There are similar looking lizards here called common side-blotched lizards, but they don’t seem to be an exact match. My human forgot to look for the blotch so she doesn’t know for sure. 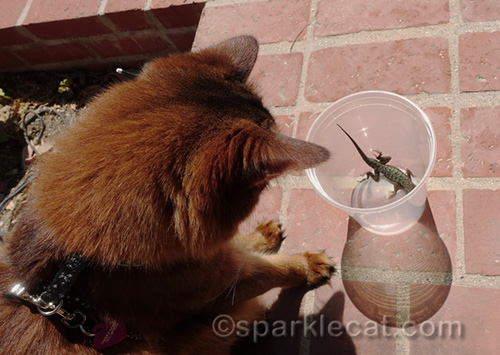 After my human took the photos, it was time to set the lizard free. If my human had found him as a kid, she might have kept him as a pet, so this guy is lucky he didn’t meet her then. 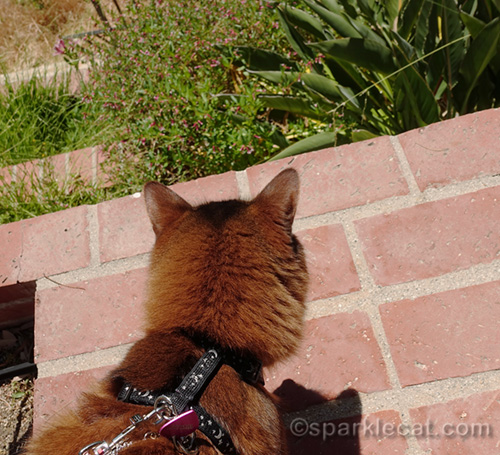 The moment my human set the container on its side, that lizard was gone! Honestly, I wasn’t all that interested in him until he ran off. I would have chased after him, but I had the harness and leash on. 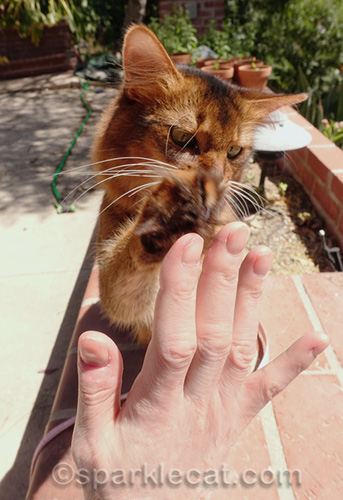 I thought my human did a pretty good job of catching that lizard, so I gave her a high five.