You are here: Home / Diary / Lions and Tigers and… 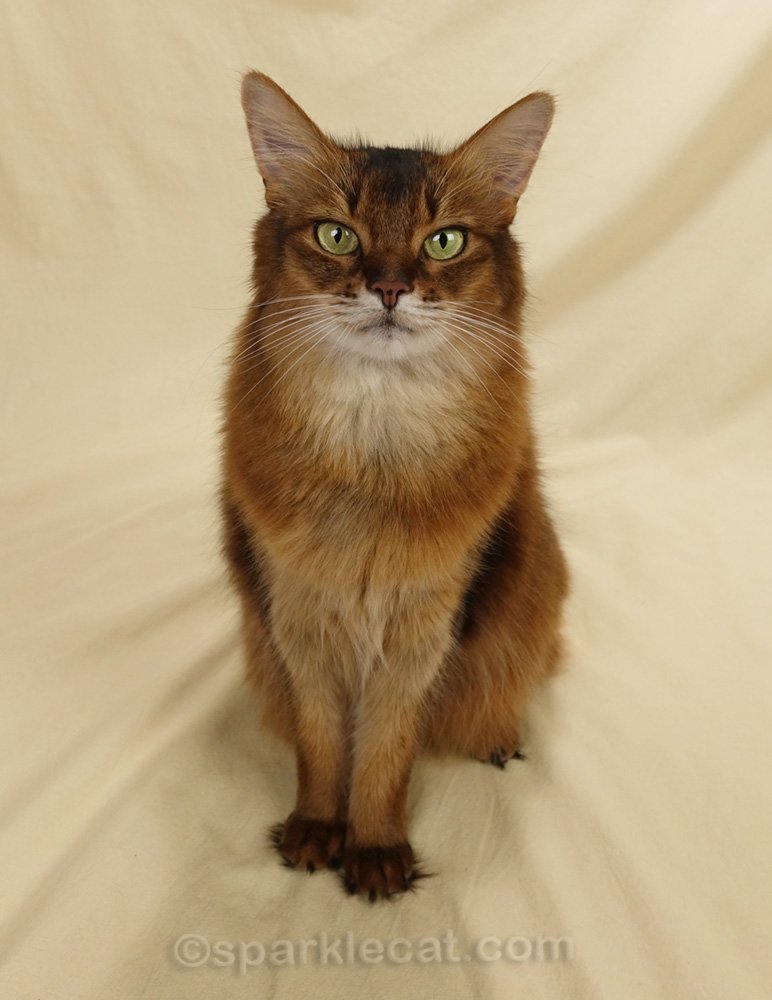 Even though we live in one of the biggest cities in the U.S., we still get our share of wildlife — raccoons, bunnies, even an occasional bobcat. But we had something stopping by our house early yesterday morning for the first time ever! It was 5 A.M., so the security cam caught it.

Yep, a bear, and it was huge! He was also in the backyard. The video there was dark so it wasn’t worth sharing, but my human assured me he walked right by my catnip and didn’t bother it.

Bears have shown up in other hilly areas in the north part of Los Angeles, but this one seems to be lost. They usually stay on the other side of the freeway. He actually has an ear tag, so he’s been found elsewhere. 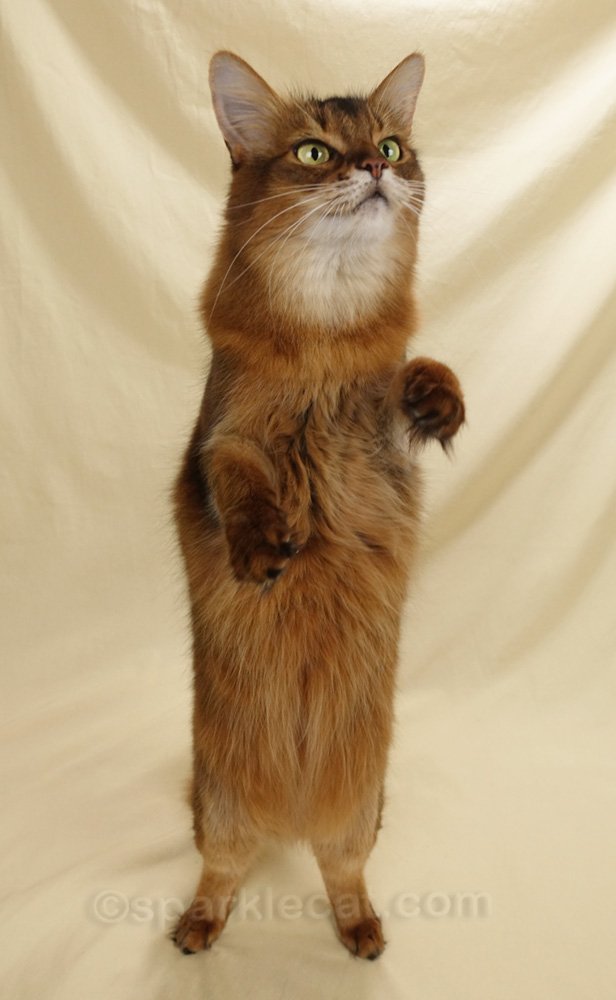 Now the thing is, I have to show that bear who’s boss, right? I can’t have him just trespassing and thinking he can have the run of the place. Do you think I look threatening here? I bet when I stand like this, I’m like 20 inches high! 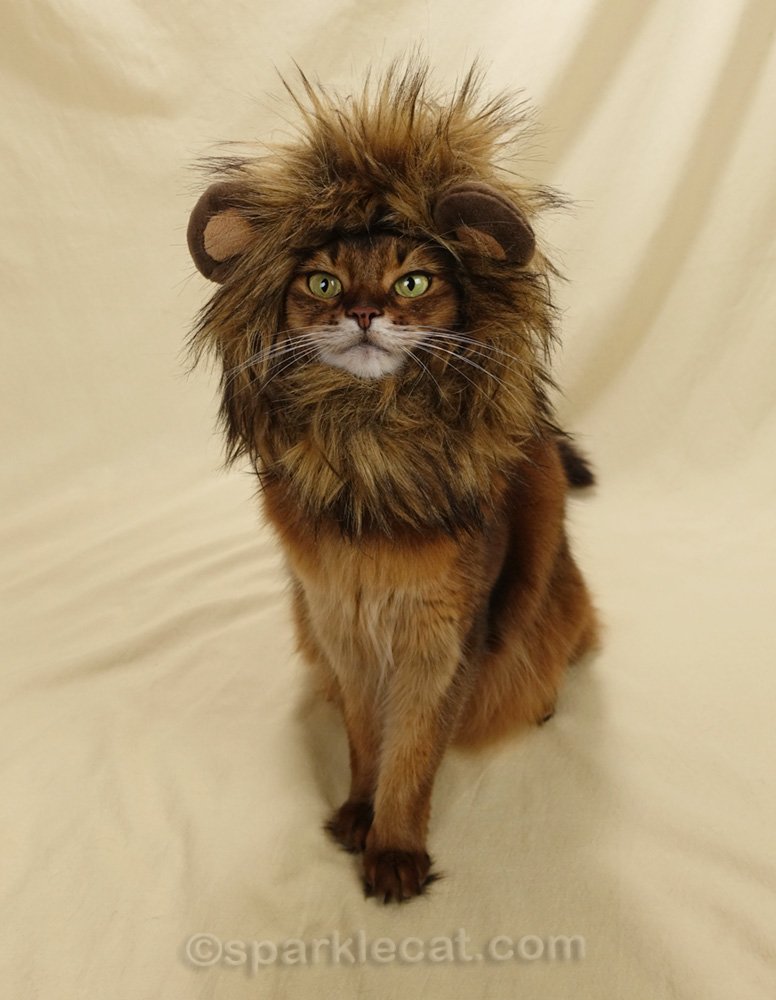 Or maybe I should disguise myself as a lion. I bet that would scare him off! Well, in any case, my human says there is no way she is going to let me come anywhere near the bear.

In case you are wondering, even though our neighborhood wasn’t prepared for the bear visitor (for example, we don’t have locking trash cans), we are taking precautions. My human is not putting out any food trash in the bin until pickup day, and her neighbors are adjusting their dog walking schedules and keeping an eye out. Our local wildlife and game humans are keeping an eye out in hopes of getting him back to his regular home. He does have an ear tag, so they are already familiar with him.

Oh, and the security video footage wound up on our local TV news! 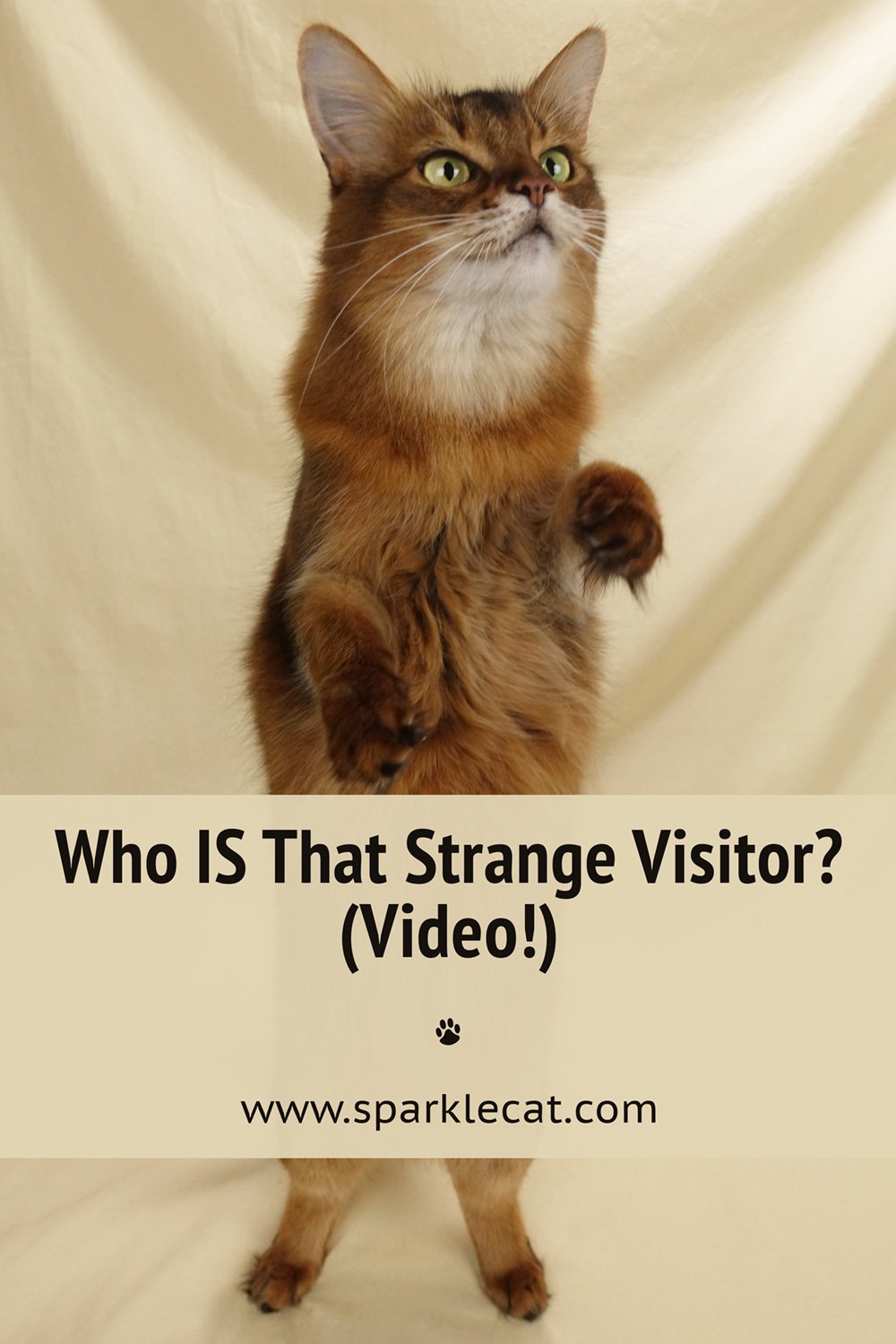