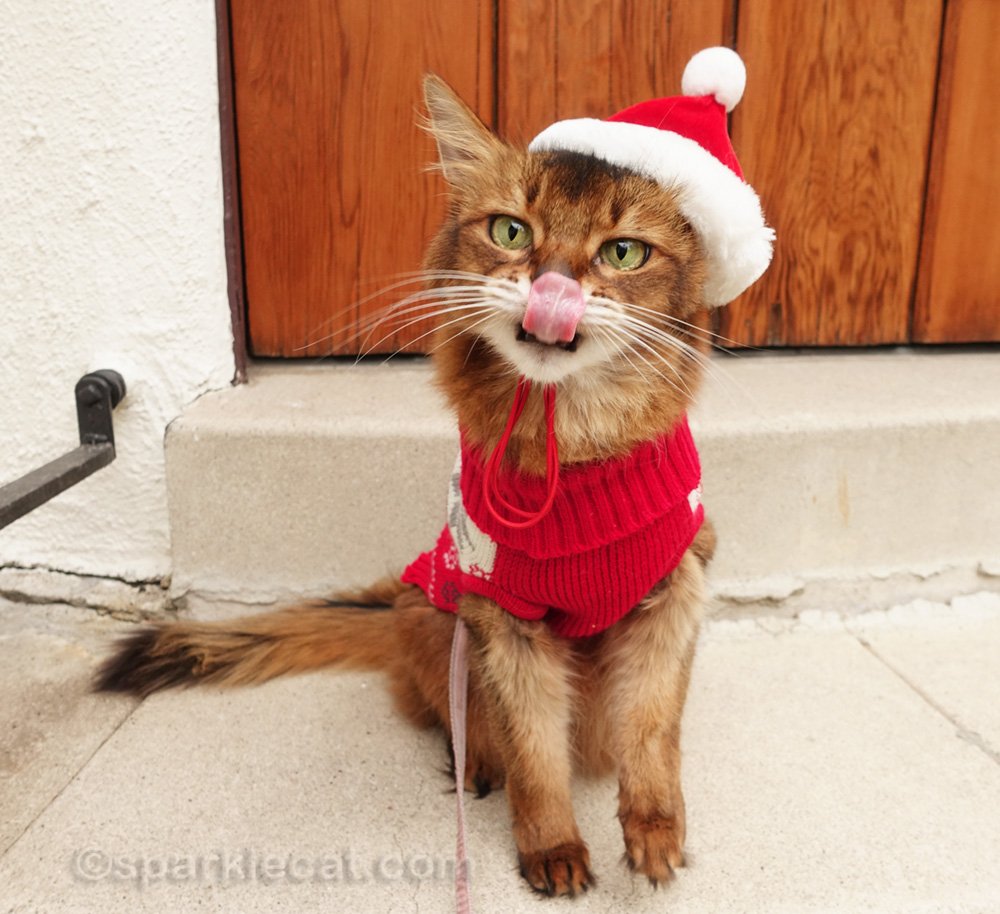 I had some outtakes leftover from the end of December, and I didn’t want them to go to waste. So here they are! 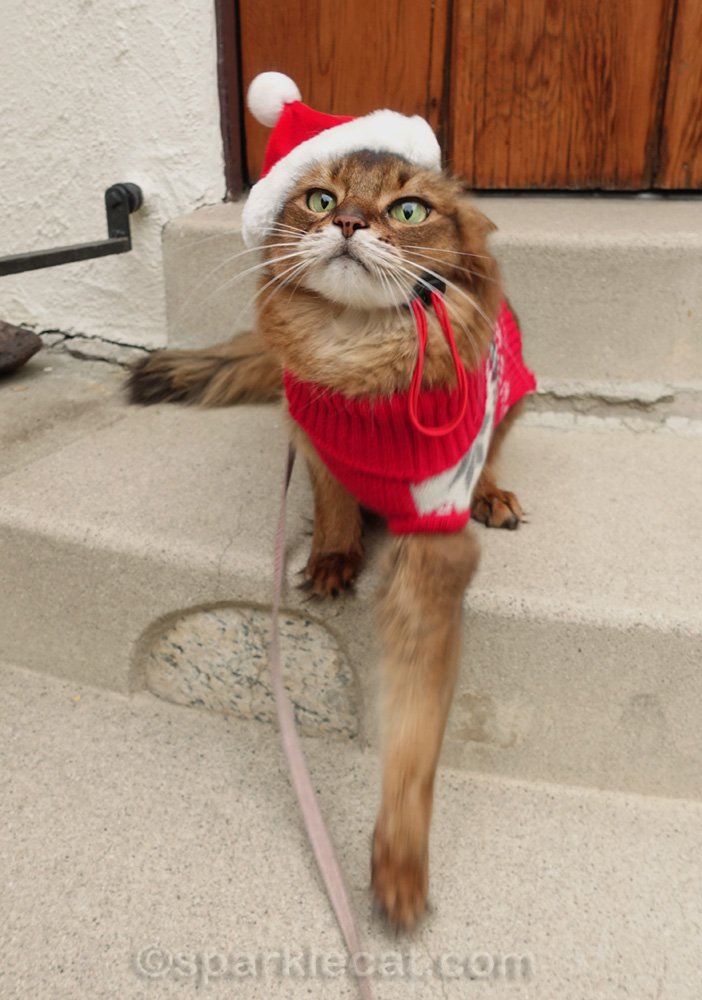 For some reason, I always wind up in a few awkward poses on the front steps. 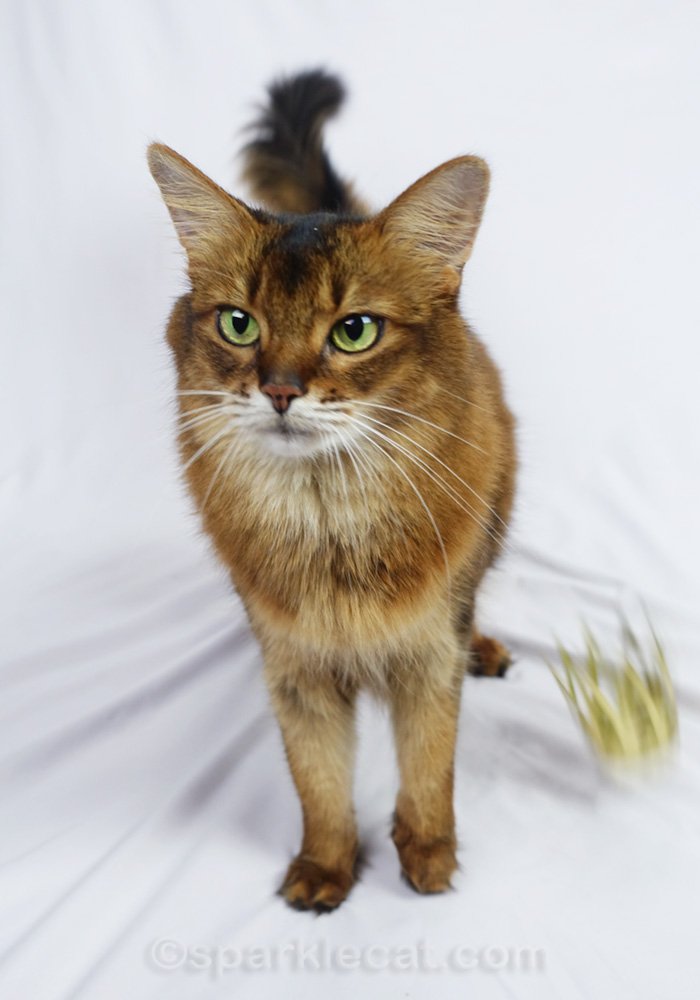 That crown fell off a lot during that photo and video session! 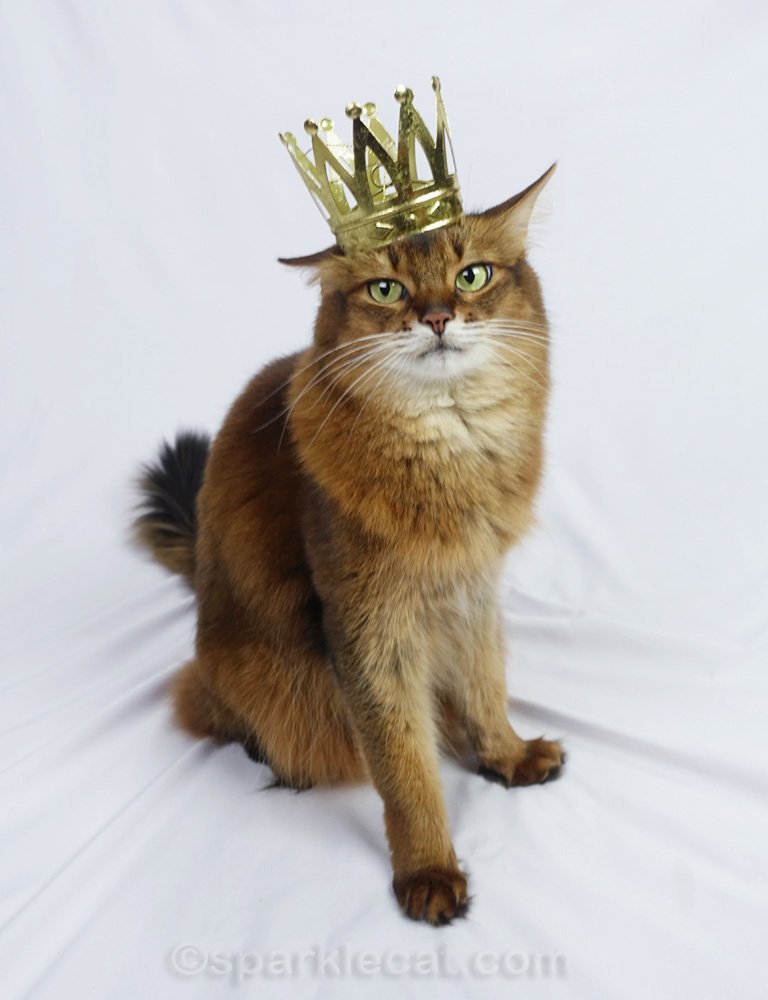 I’m 90% sure the crown fell off two seconds after this photo was snapped. 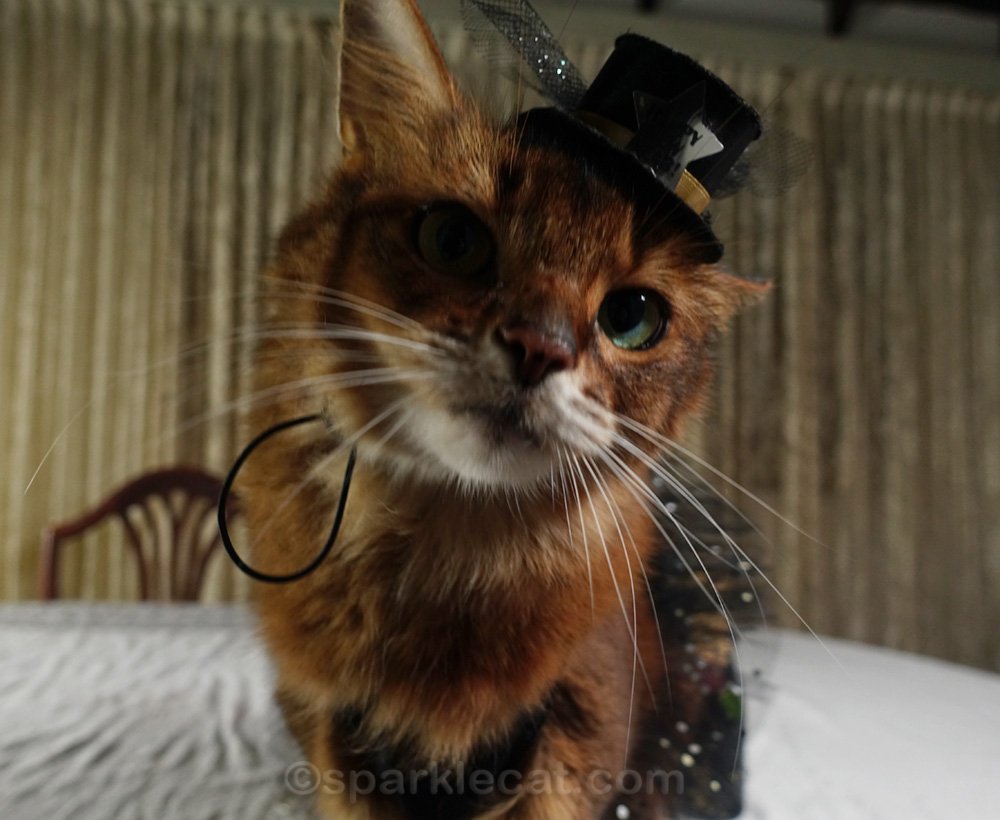 I won’t go into the trials and tribulations of my New Year’s Eve photo and video shoot (it’s a long and not really interesting story). But I will say I did spend a lot of time trying to walk right up into the camera lens. 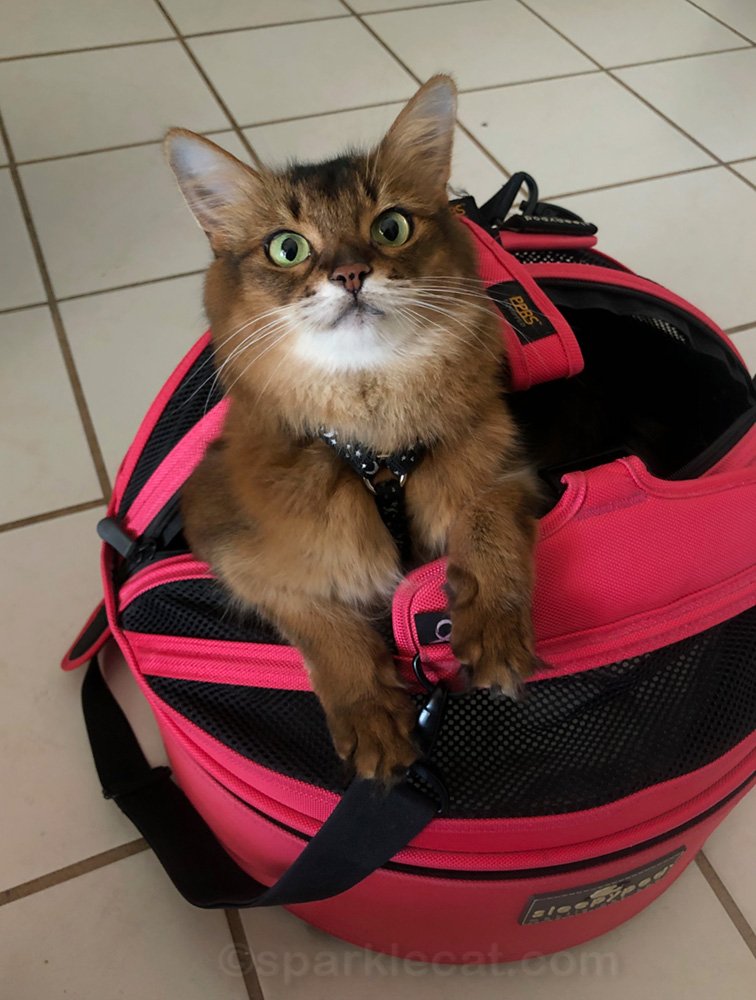 This isn’t actually an outtake, but there aren’t any other photos that go with it. It’s from when my human and I were leaving her boyfriend’s house on New Year’s Day. It was the best visit ever! I got to play a lot and watch movies with the humans. My human meant to take more photos but she never got around to it. 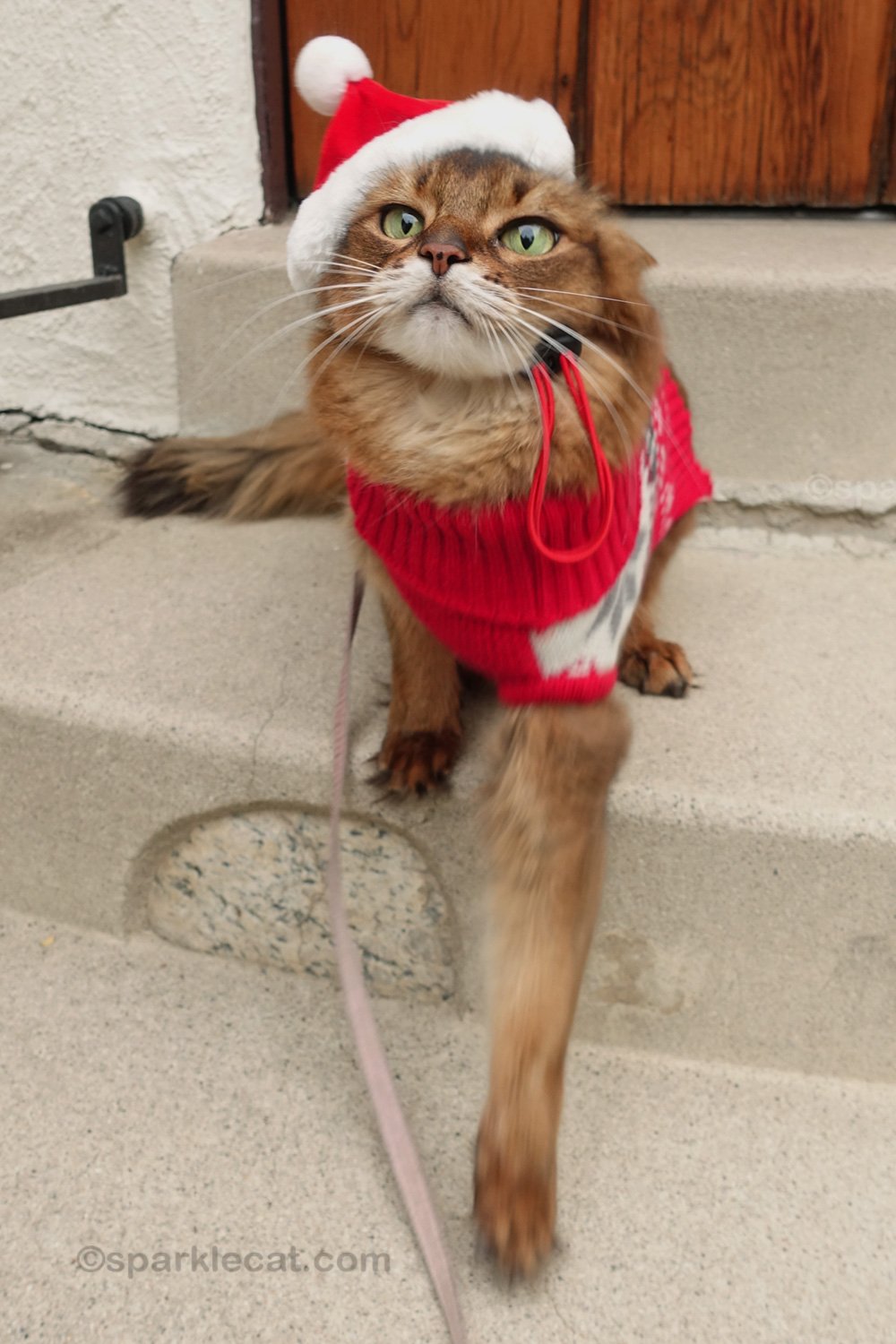