You are here: Home / Diary / Last Holiday Photo Session Before the Tree Comes Down 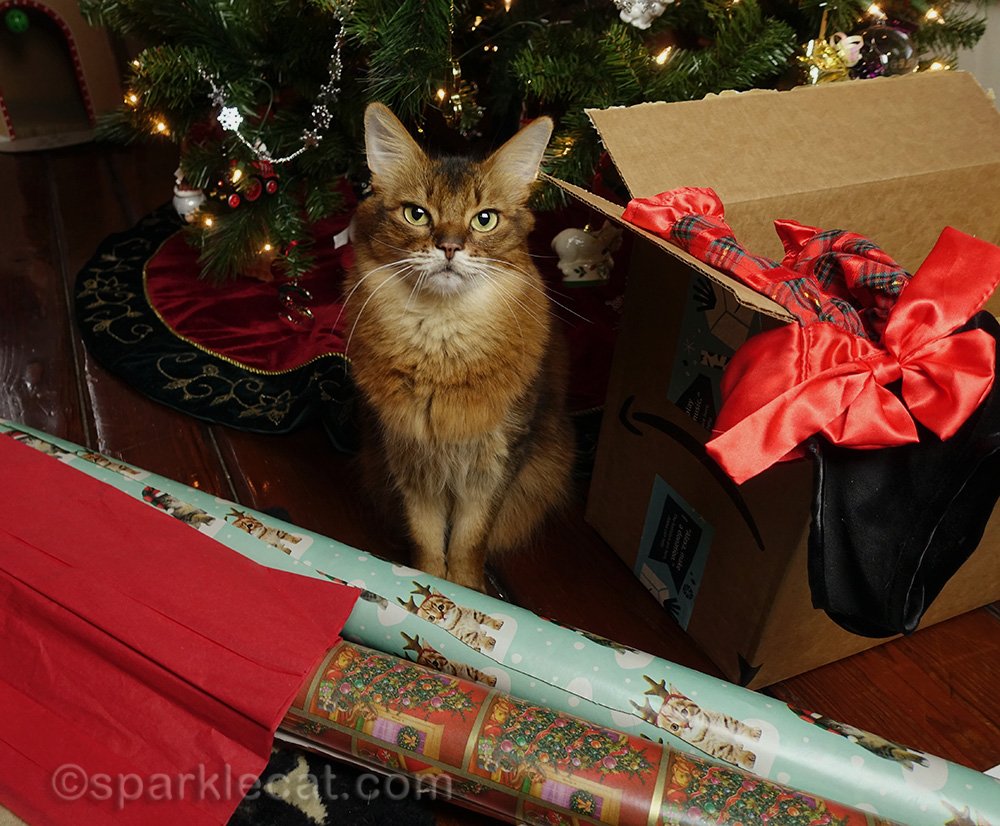 Every year the tree comes up, my human tries to do a few photo sessions of me with it. This year, she was really happy with the way some of the photos came out for Christmas Day. So she decided to recreate it, only (hopefully) better. Here are the props she assembled. 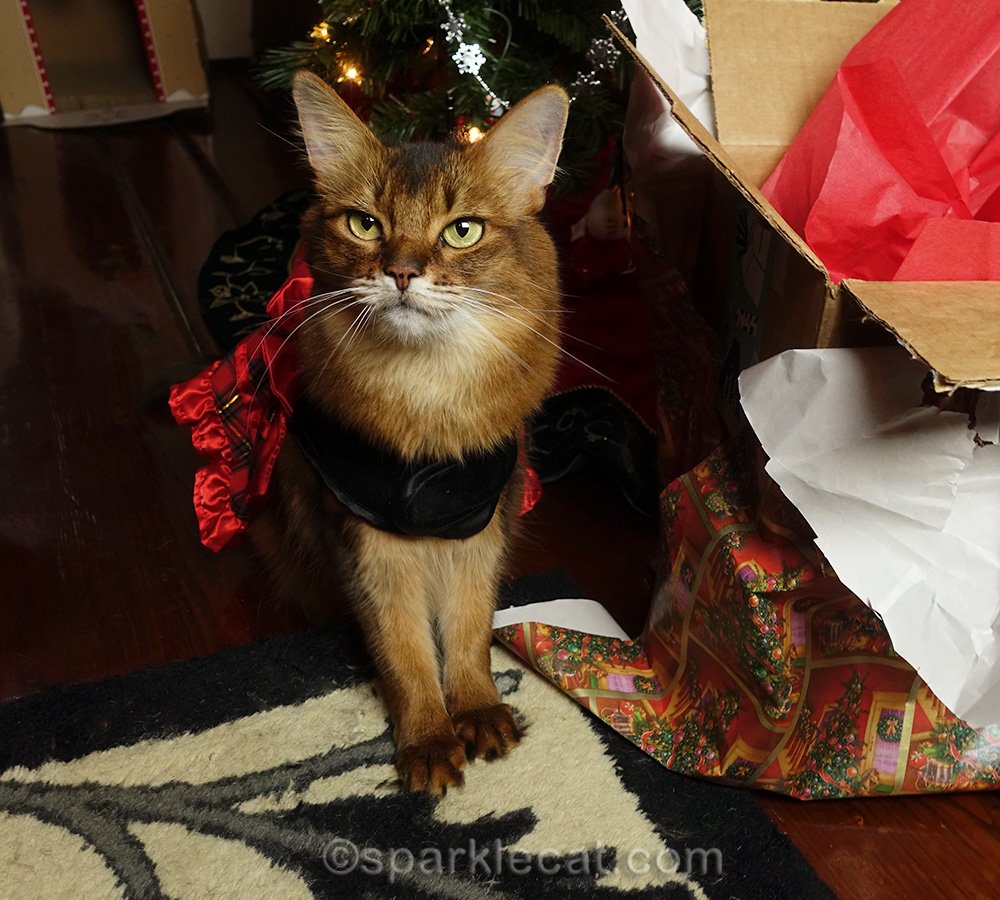 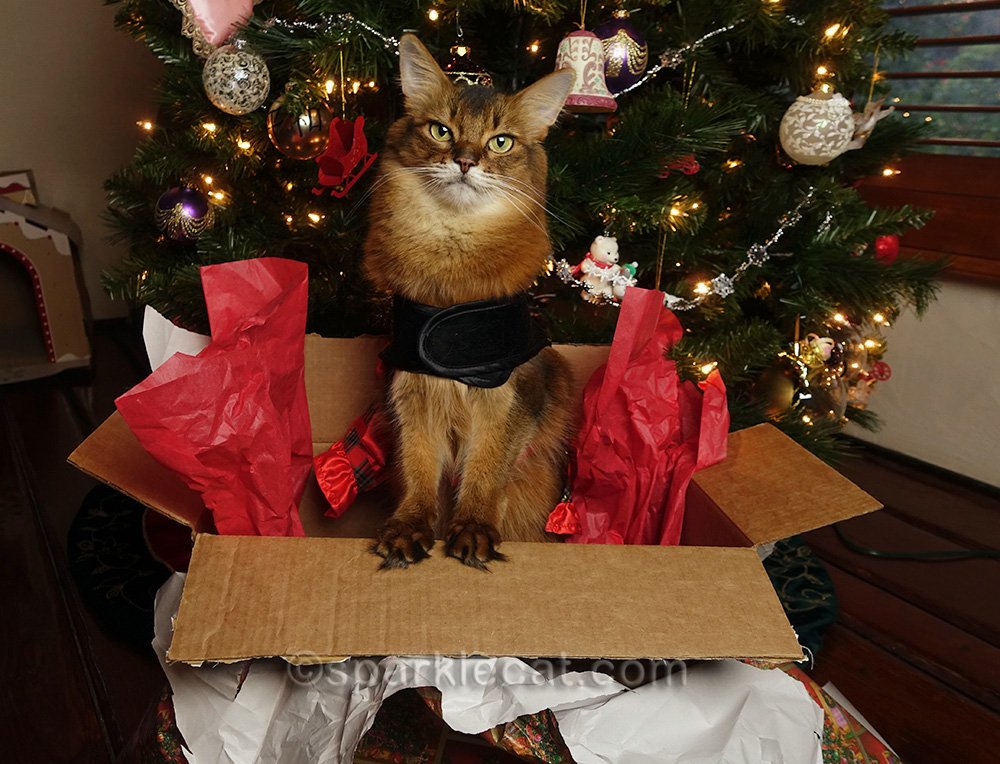 We tried a variety of poses, and this is the best one we came up with. The only thing is she thinks the photo that inspired it was better. She is never satisfied. 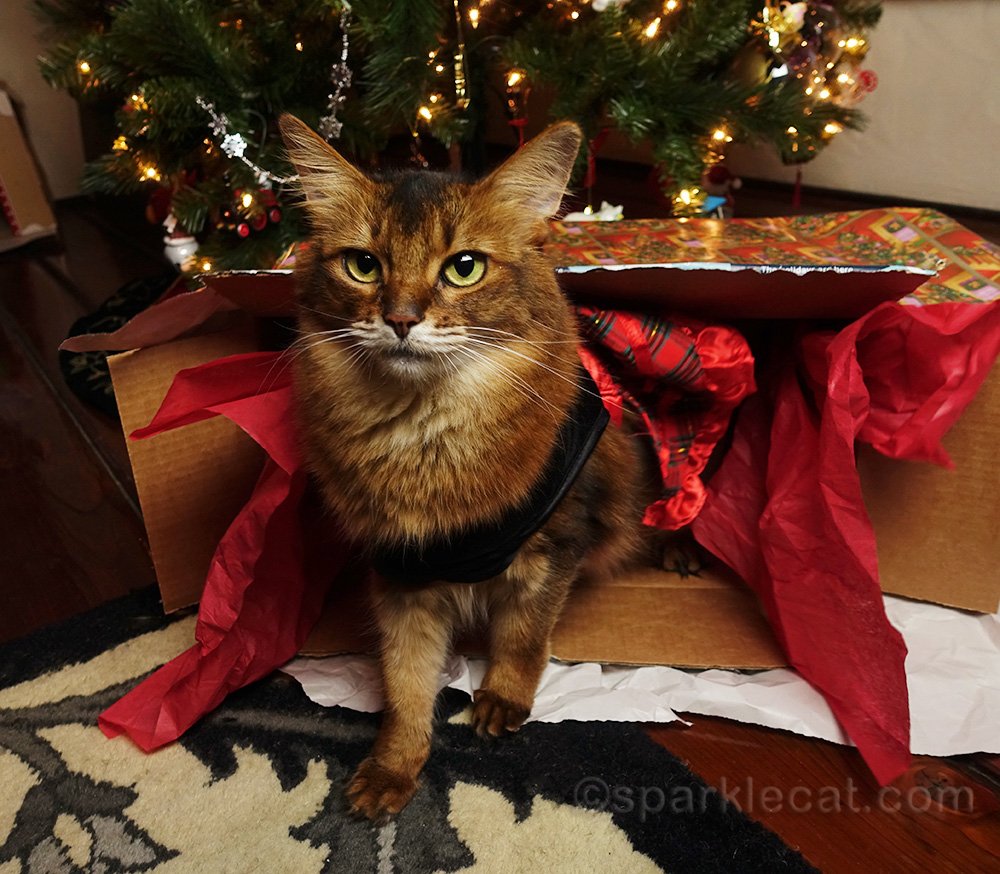 This photo session would have gone on way longer than it did, except that I eventually knocked the box over on its side while reaching for a treat. 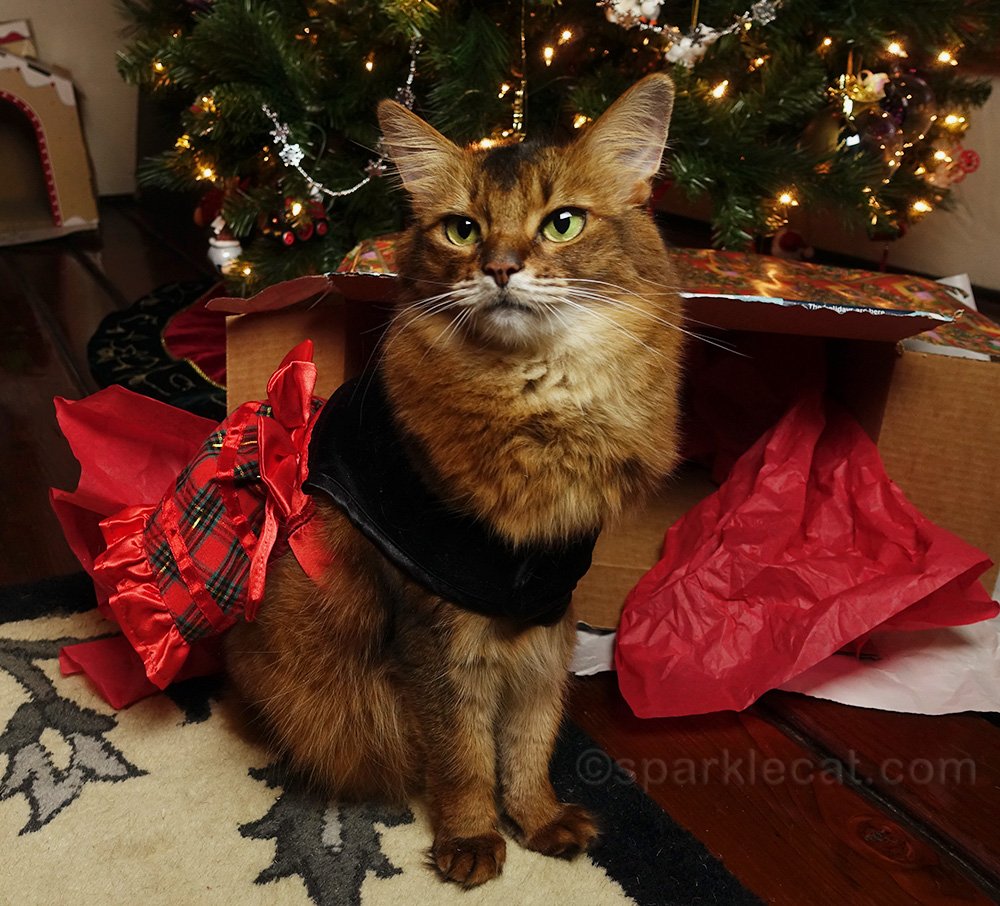 Not to be denied, I insisted on posing in front of it anyway. Since my human is not one hundred percent thrilled with the photos from this session, this may actually be the next to last one. 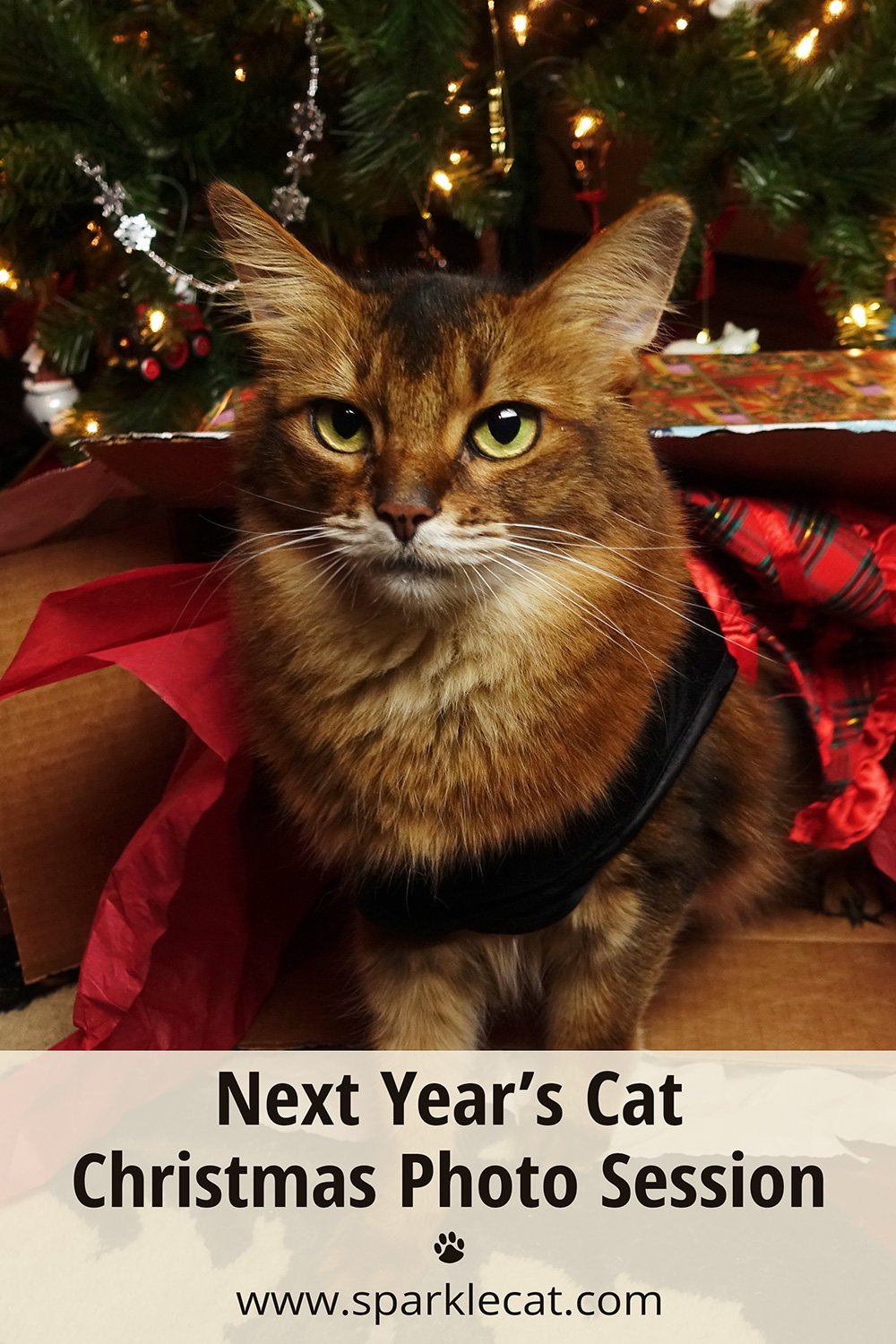