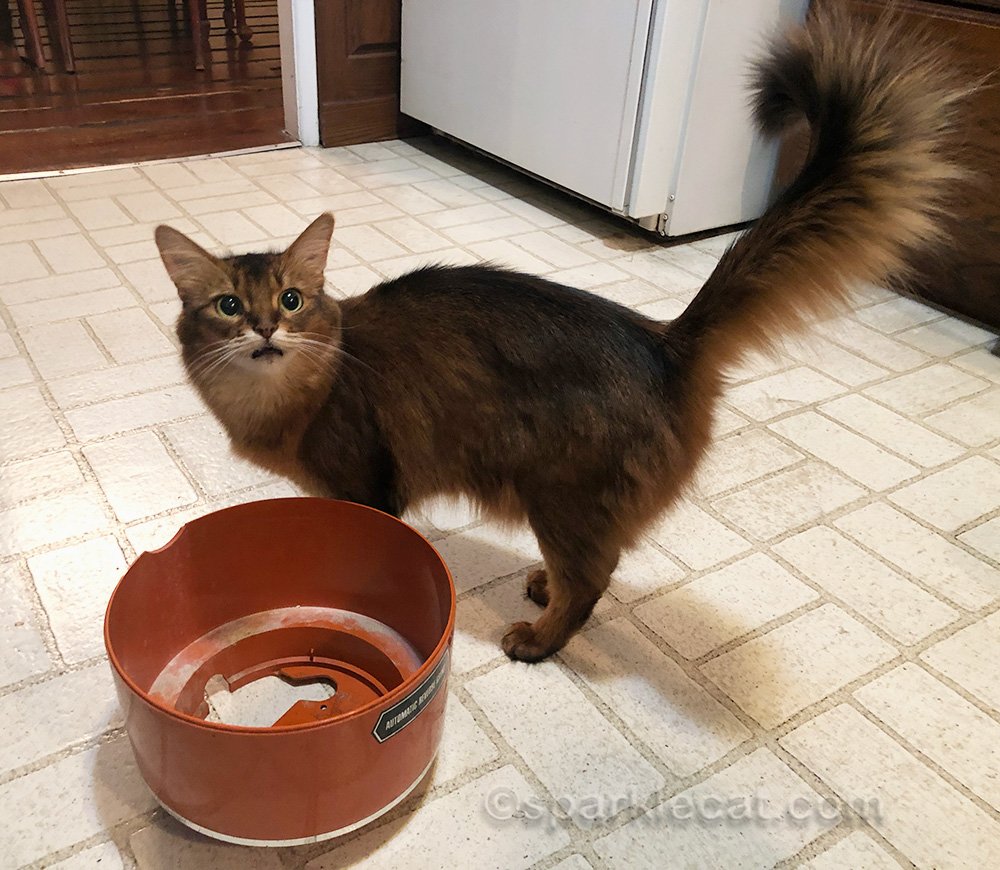 You will have to excuse the poor quality of today’s photos. They were taken inside, after dark, and with my human’s iPhone. And she only took them when she wasn’t using the iPhone as a flashlight. What happened was, after the concrete table broke, my human and her helper came inside and decided to install the new garbage disposal. The disposal had been sitting around for a few months before this, so it was about time. 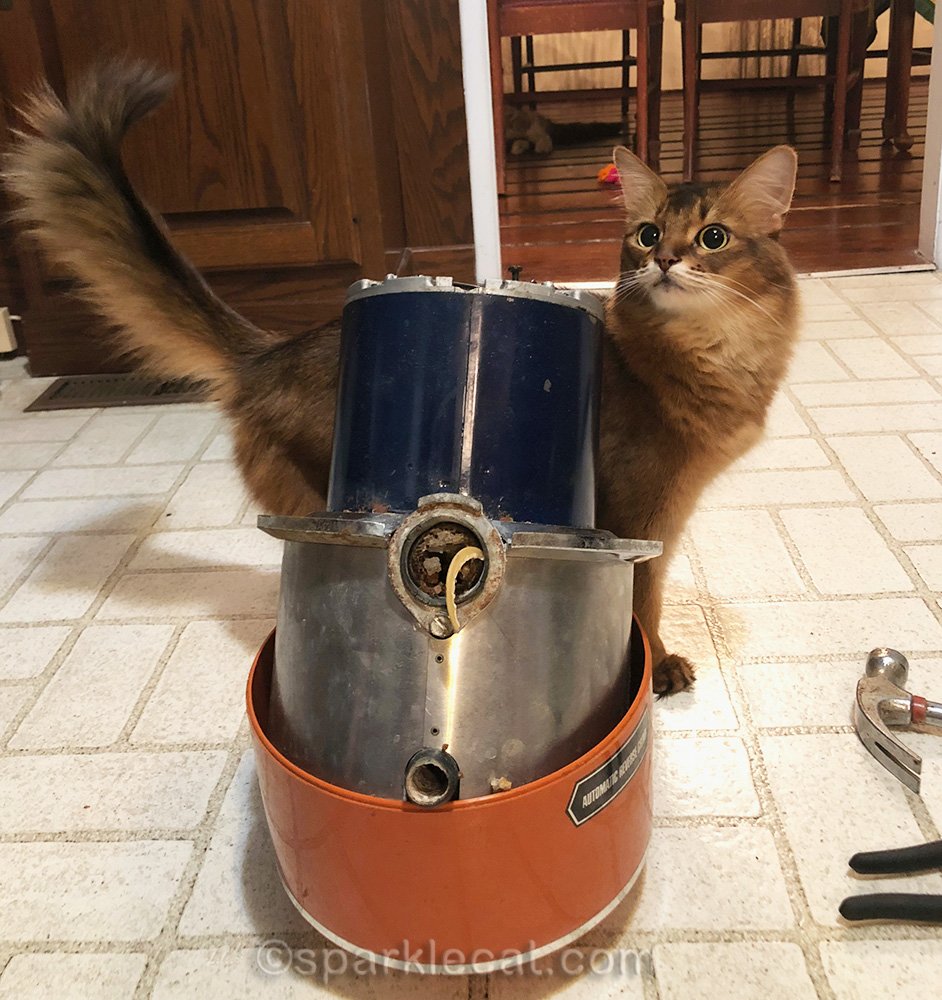 I don’t know if you know anything about garbage disposals, but the old one here is really old! And it’s been broken for a few years. My human has just been living without one. The person who helped her said it probably not going to be that big a deal to switch it out for the new one. Of course, he was wrong. That’s the way it always is with old houses. 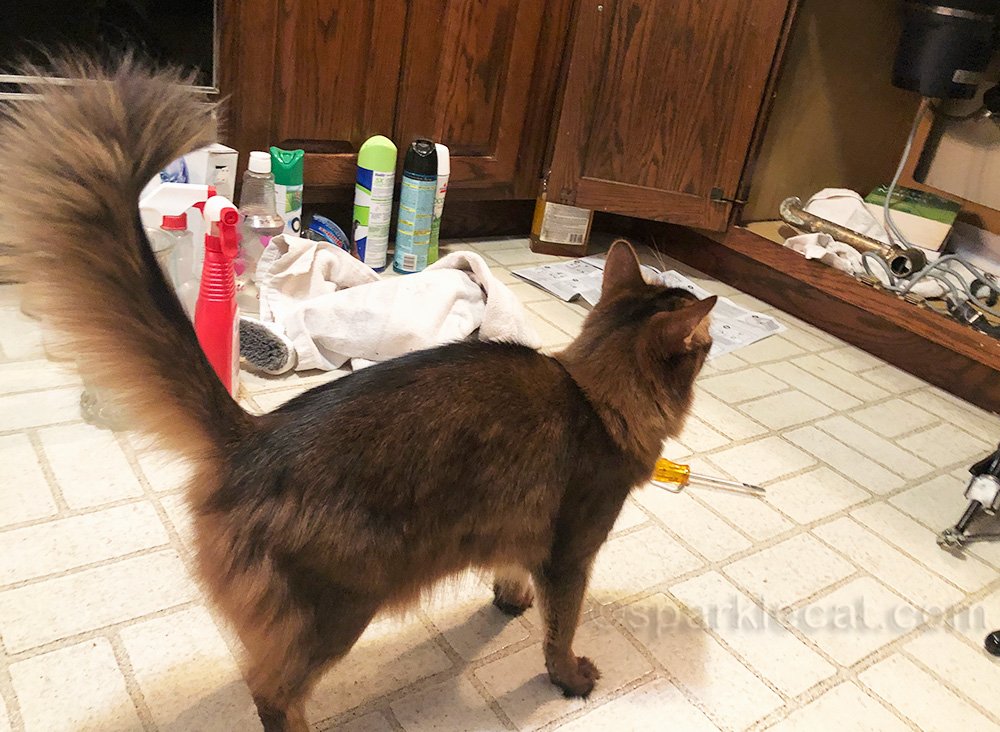 I’m sure you’ll be glad to know we followed proper cat supervisor protocol for the several hours it took to get the job done. Which means there was always one cat in the kitchen the whole time the humans were working. The couple of times I needed to take a litter box or nap break, Boodie filled in for me. 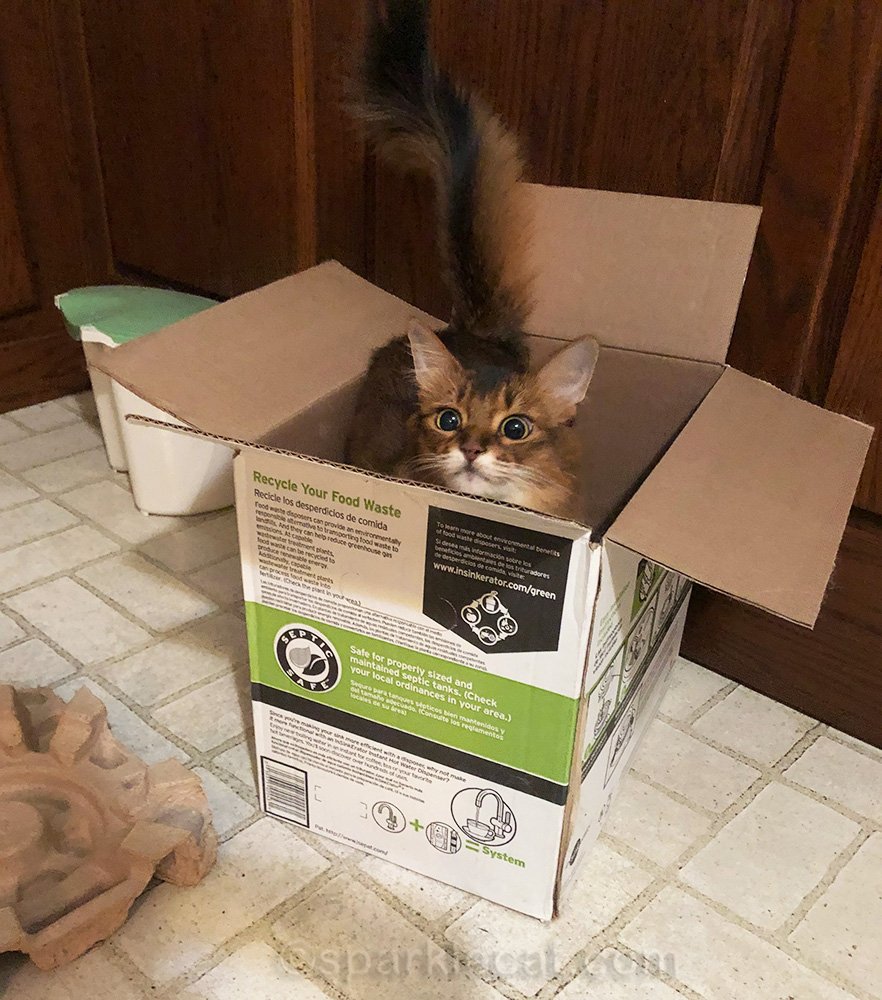 Since this task dragged on longer than anyone expected (and involved some invisible guy name MacGyver who showed up several times), I got a little bored towards the end. While I was looking for something to occupy myself, I discovered that the box the garbage disposal came in was the perfect fit for me! 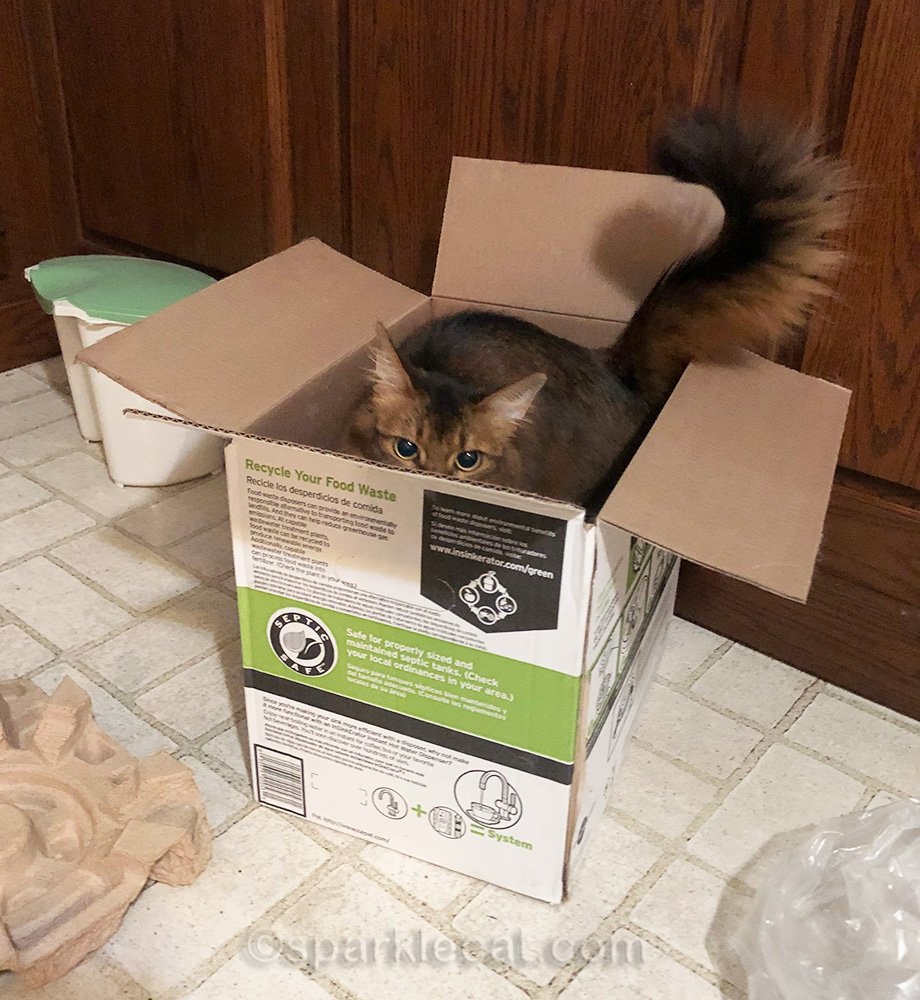 I thought maybe the humans needed a play break… but they didn’t join in. At least the job got done. 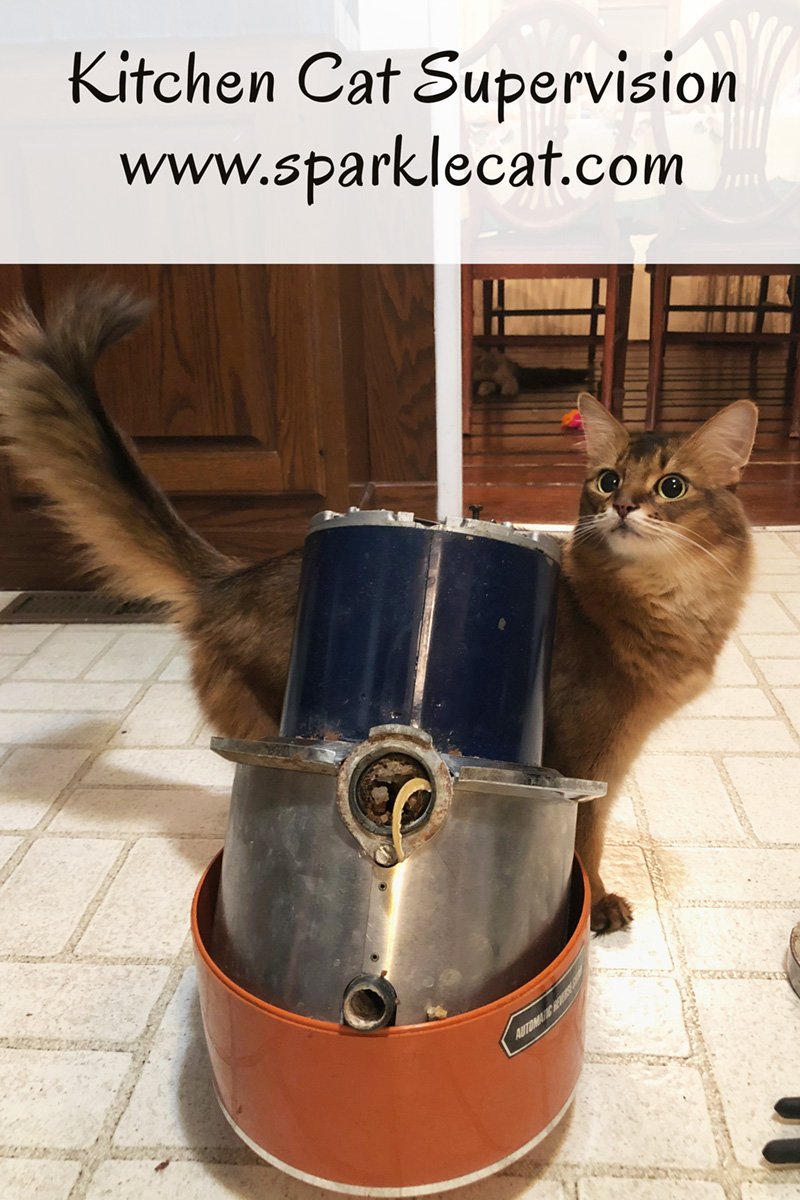