You are here: Home / Diary / Just a Cat on a Leash, Looking at Stuff 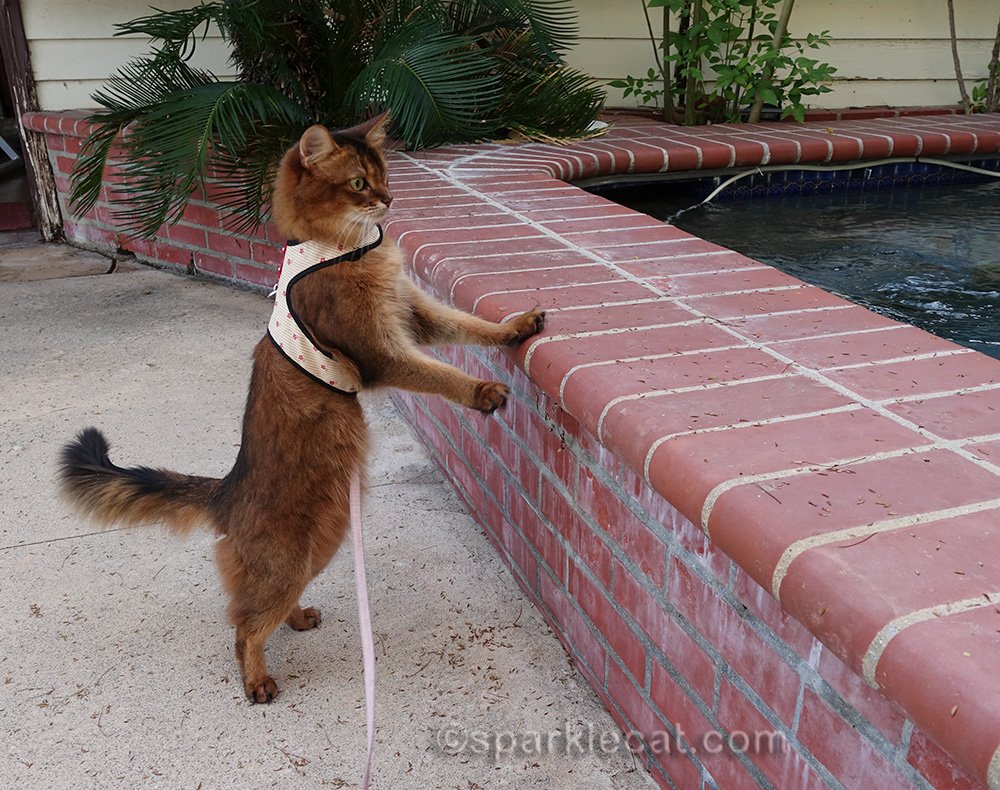 After dressing up like a bee and supervising my human in the kitchen, I thought it was time to kick back. Sometimes you just want to be a cat on a leash, looking at stuff. Seriously, I think most kitties would benefit from being leash trained and going outside, at least around the house. I do it often, as you know. 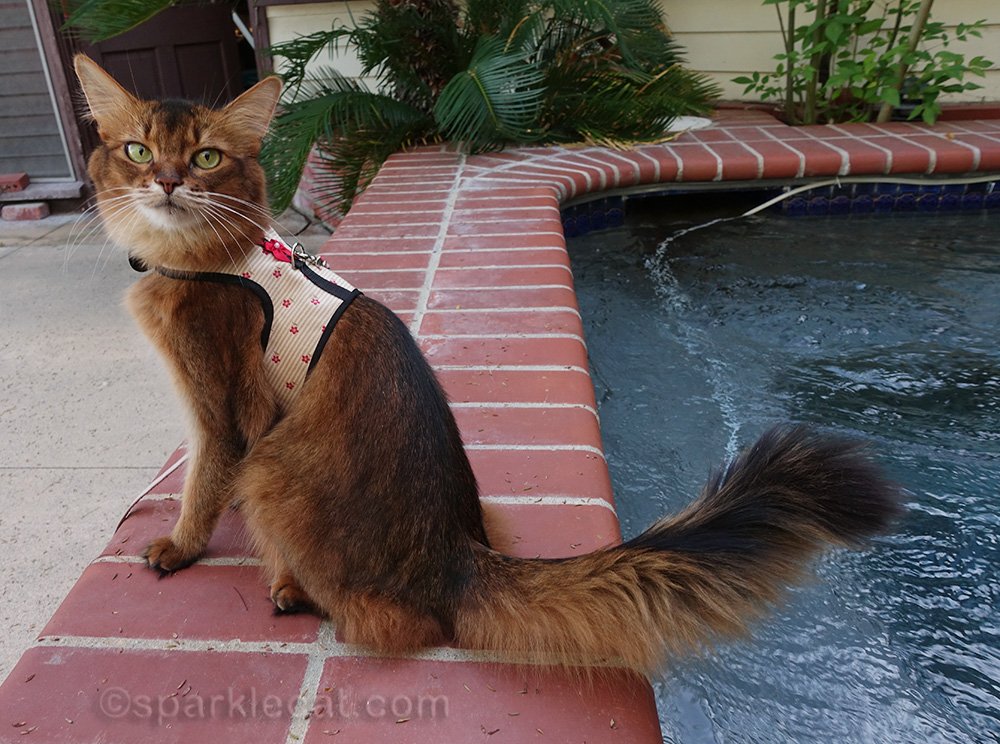 How do you like this harness? I don’t wear it often because it’s not very secure, but it looks nice. Maybe I should model the harnesses I have that I don’t wear because I can easily slip out of them. Some of them are really pretty — more decorative than functional. 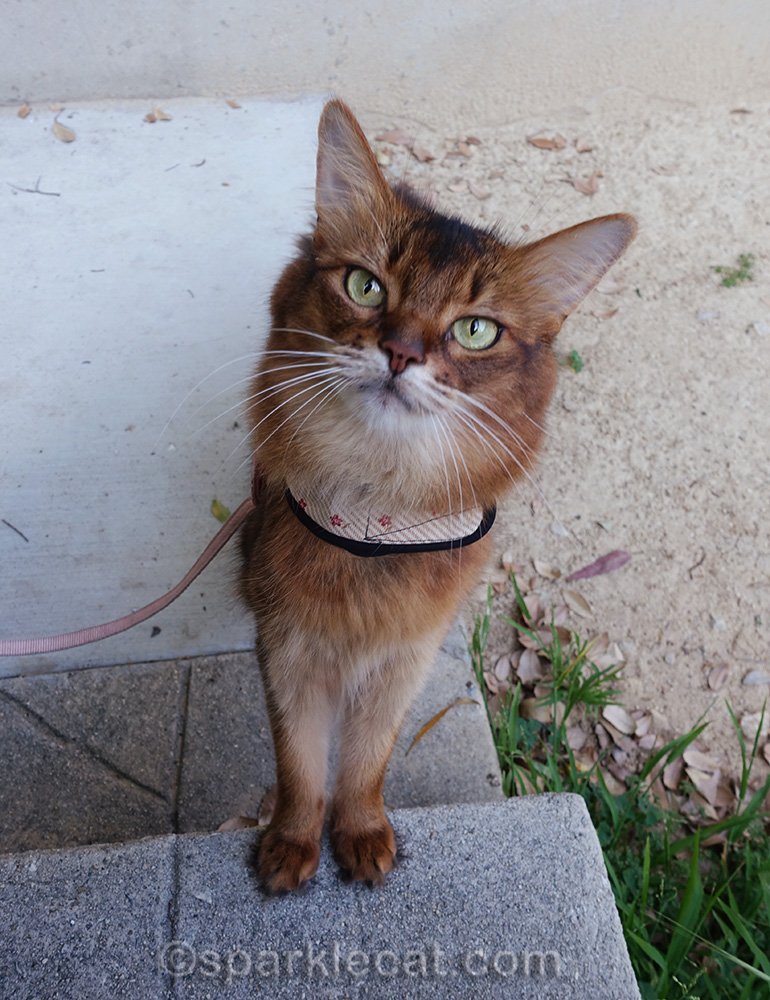 My human let me wander where ever I wanted to go, and just followed along. As I often do, I headed for the bridge. 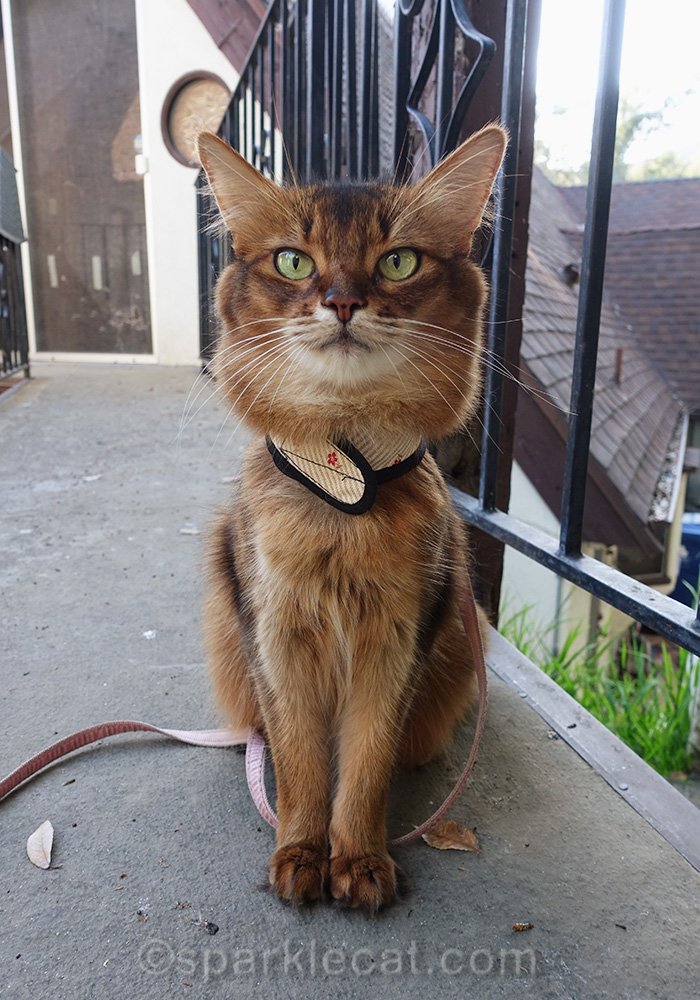 I’m surprised to hear that very few houses have bridges. Even fewer than have turrets. But I like ours a lot, for a good reason. 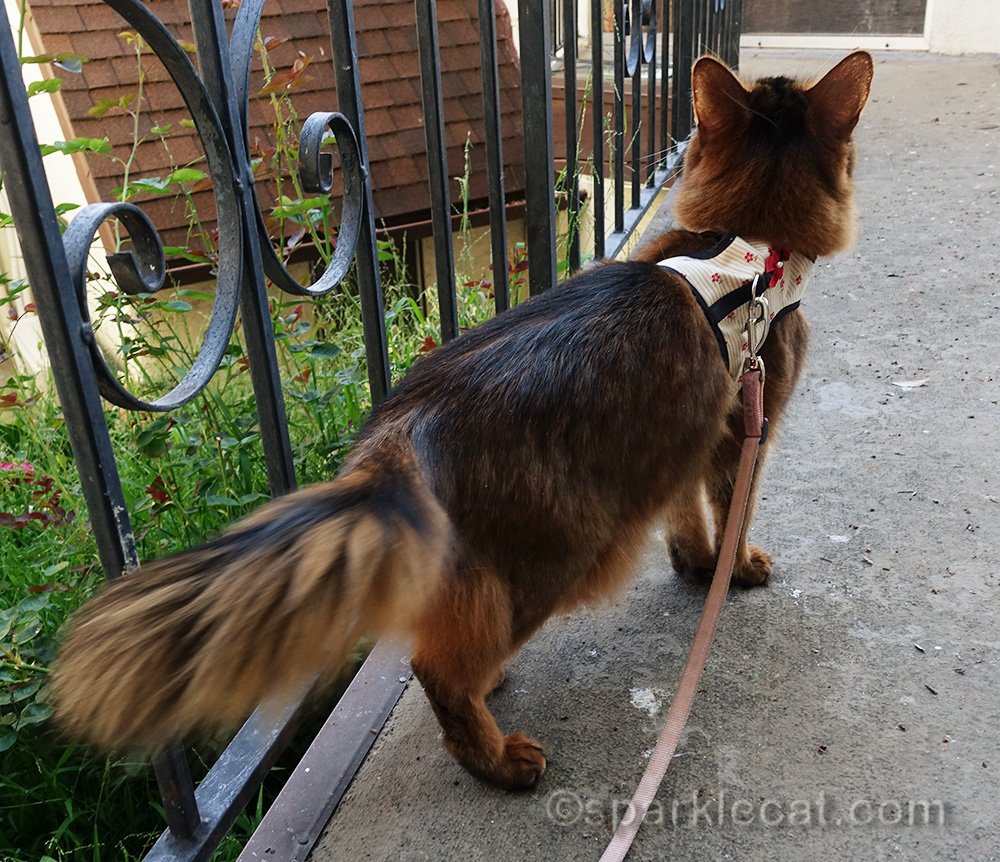 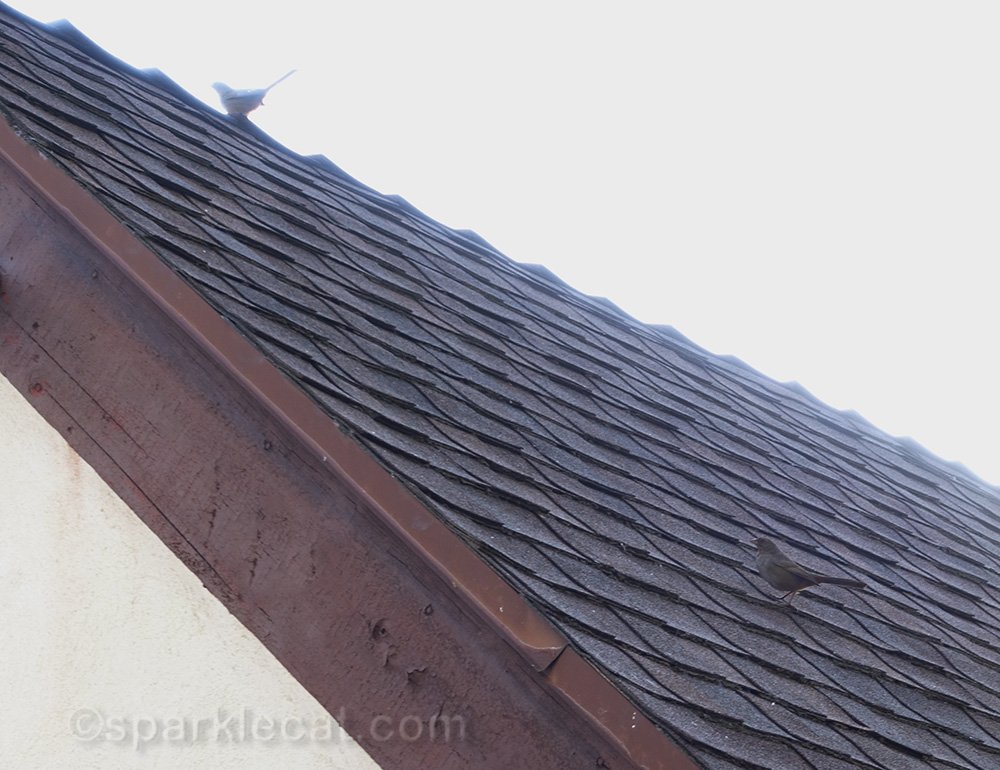 I don’t know how well you can see them because my human had to shoot into the light, but there are birdies up there! There are frequently birds hanging around this spot. I always have lots of fun watching them.

I hope you enjoyed coming out with me! 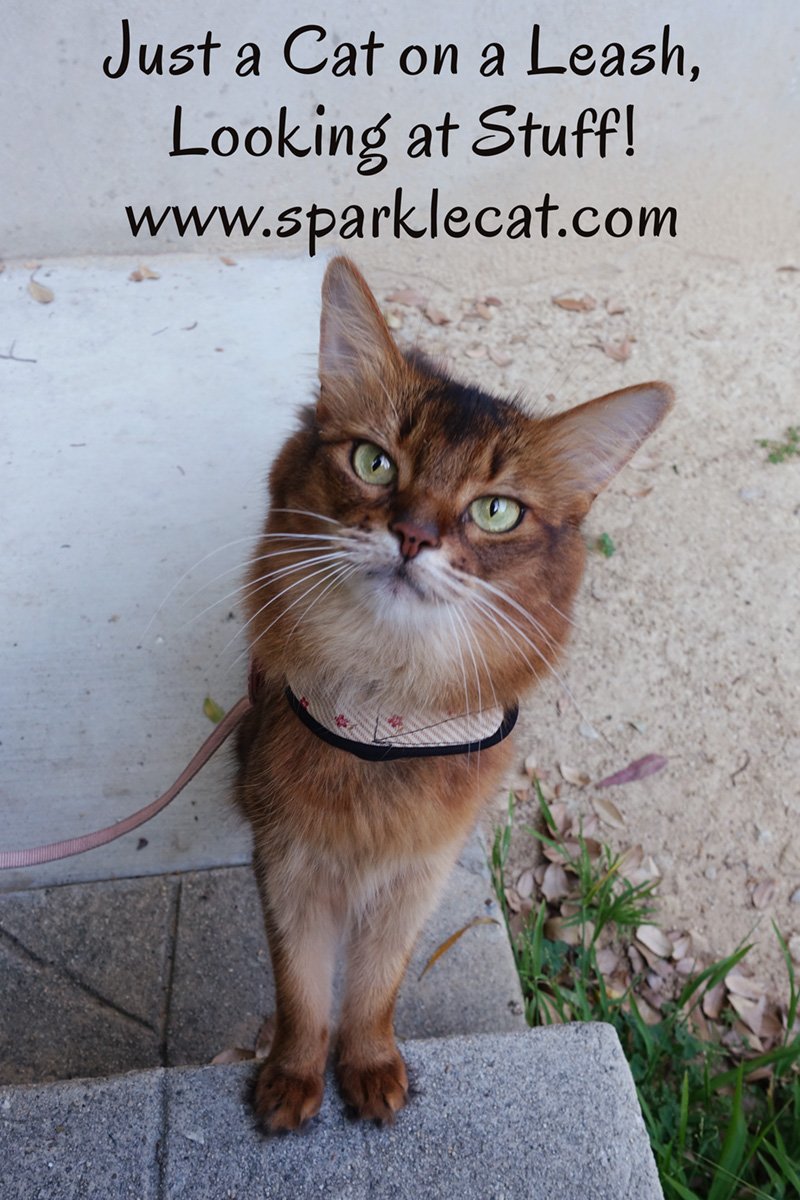