You are here: Home / Diary / It’s Time to Model Some Spring Dresses 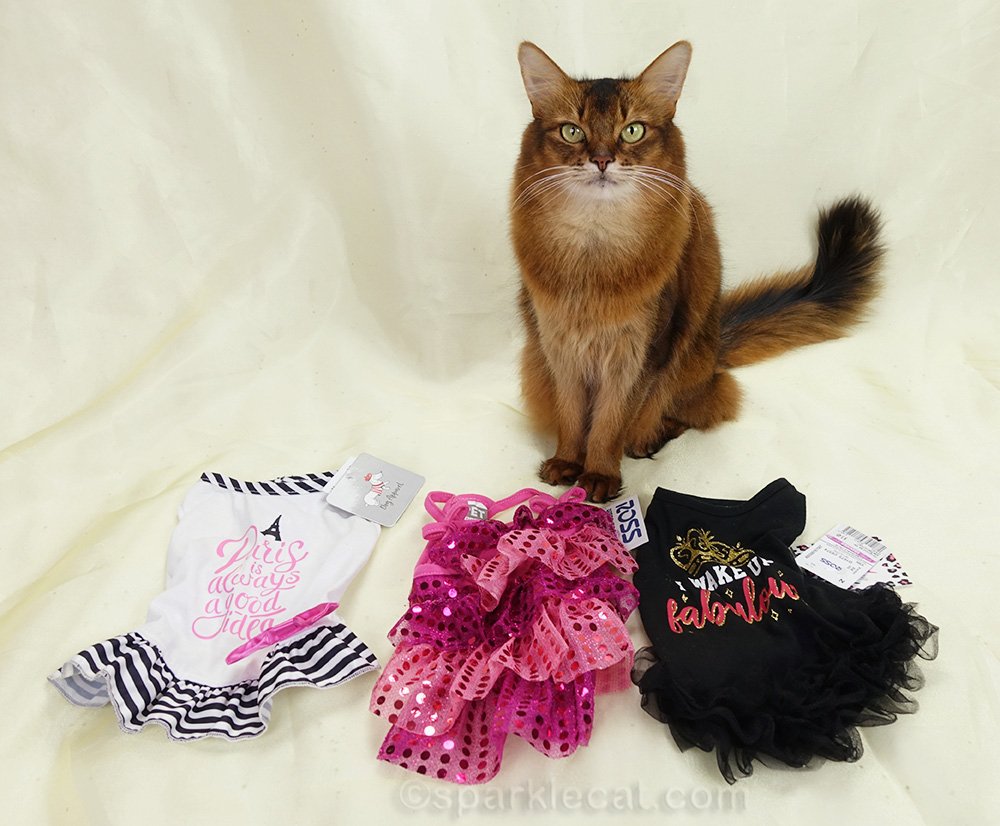 After seeing my photo shoot prep and toy judging, you are probably wondering what I was doing on the set! This! My human stopped at Ross, and found some pet dresses on the cheap for me. (They are way less pricey than the pet store ones.) So I got to model them. They are my first spring dresses of the season. So let’s get started. 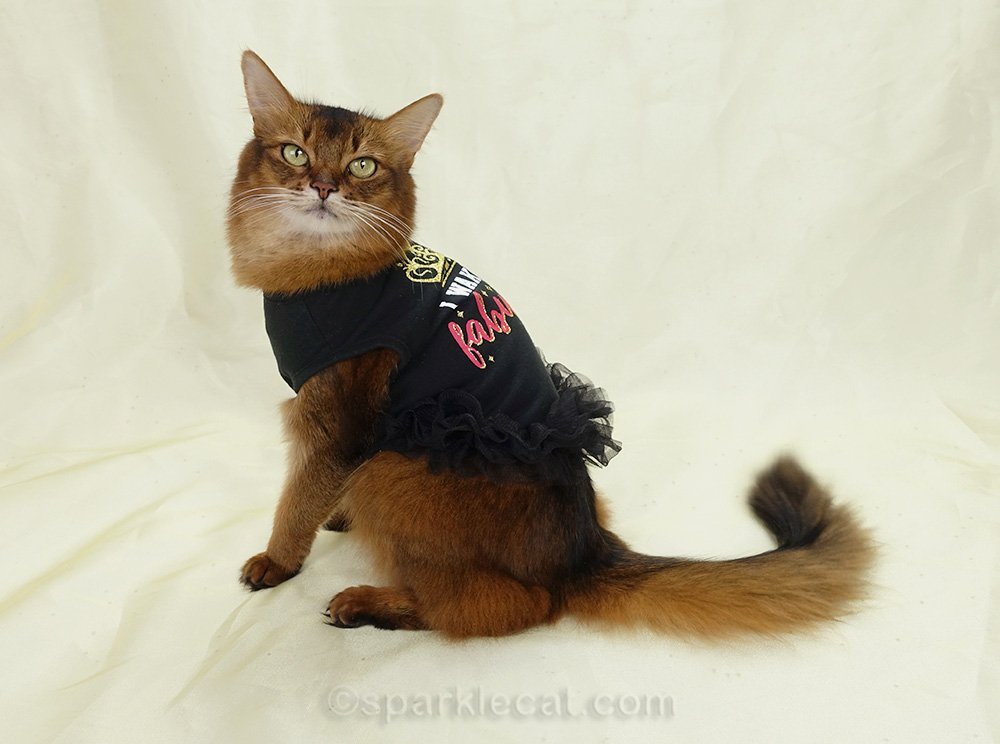 The thing that has been bothering my human about so many pet outfits she has seen lately is that they have things written on them. She thinks that is cheap. And she especially will not get anything that says something stupid like “mommy’s” whatever. Because she spent her life avoiding motherhood and hates being referred to as such. Anyhow, two of these dresses do have things written on them, but she didn’t think they were objectionable. This one says, “I wake up fabulous.” Which is true, and my human envies me for it. 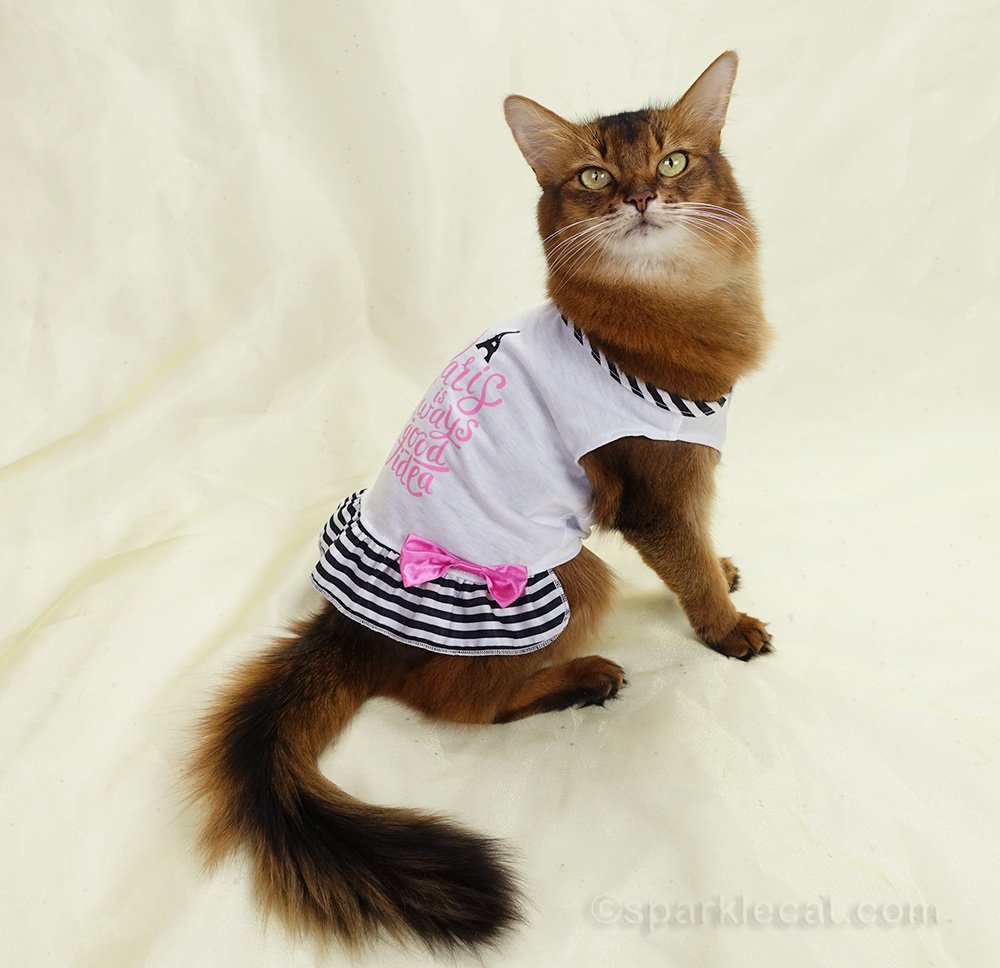 She also liked this one, which says, “Paris is always a good idea.” Which is true! They are also a pet friendly country. My favorite parts of this dress are the pink bow and the stripey ruffles. 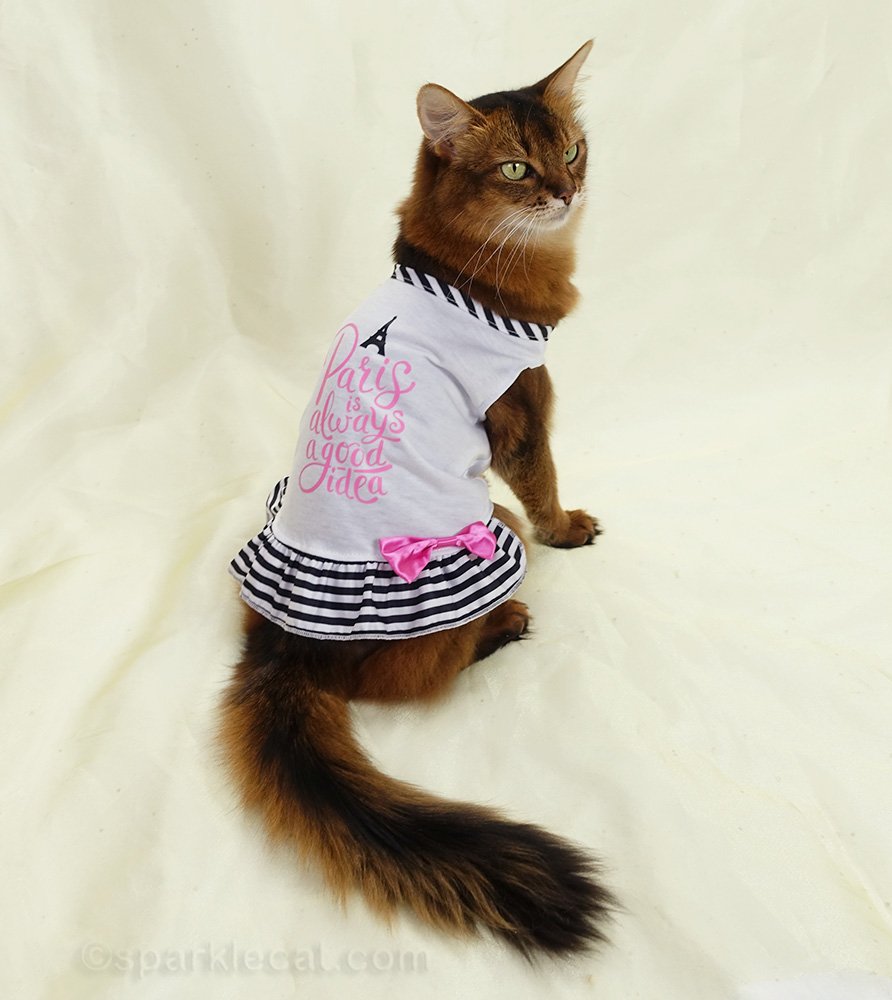 Here it is from another angle. Maybe you can see the words better. 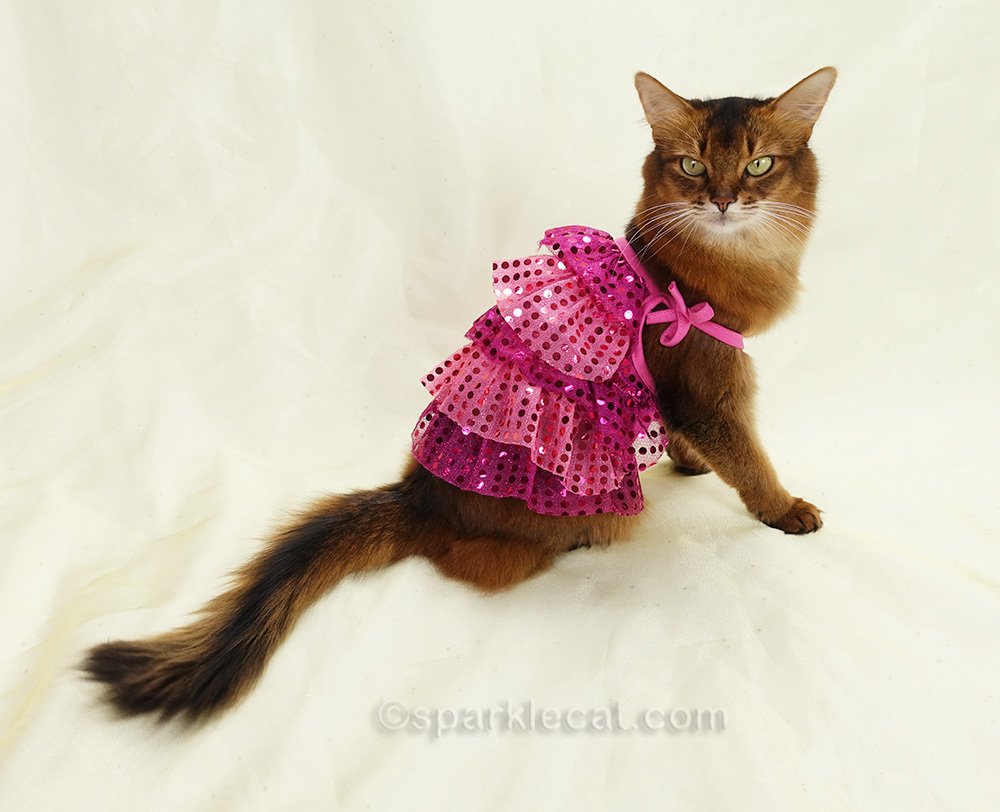 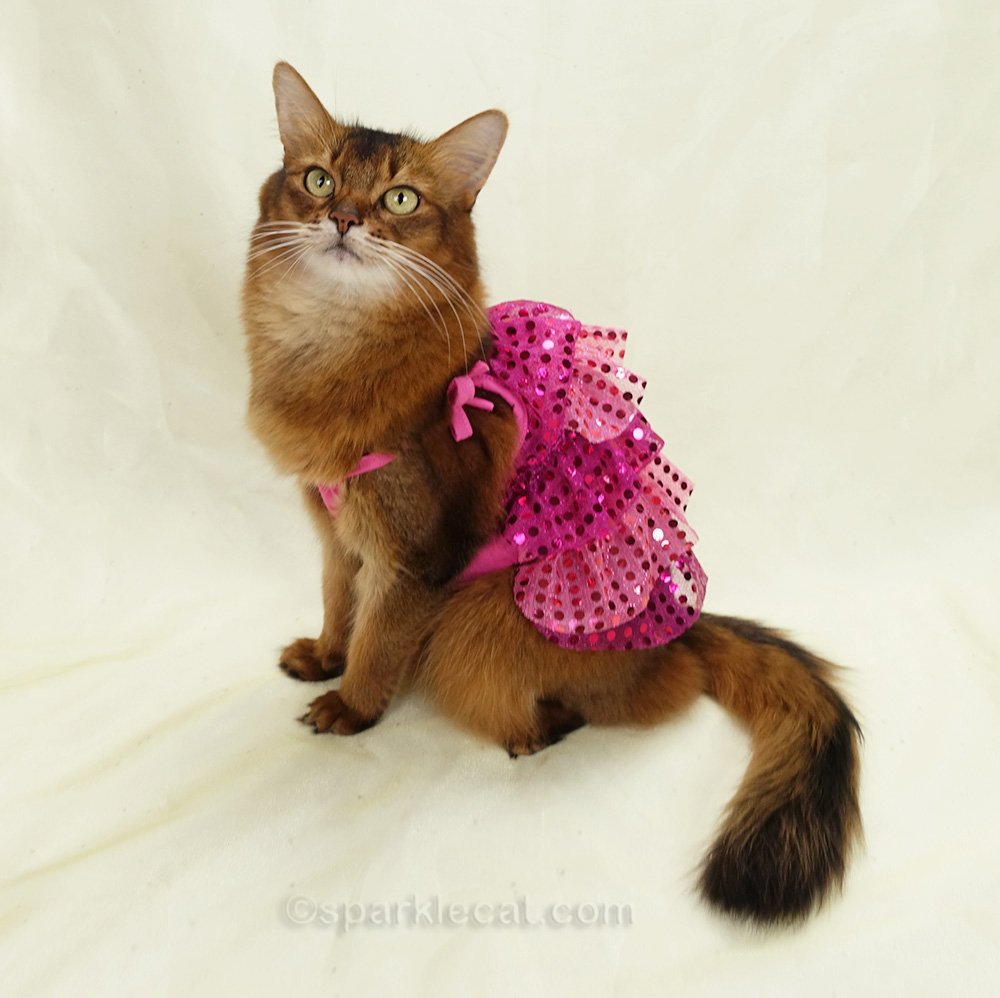 Here it is from another angle. My human adores it because she loves silent movies from this era. She says I look just like a flapper, and I need some beads to go with it.

So what do you think? Do you have a favorite dress here? Do you think I need flapper beads too? 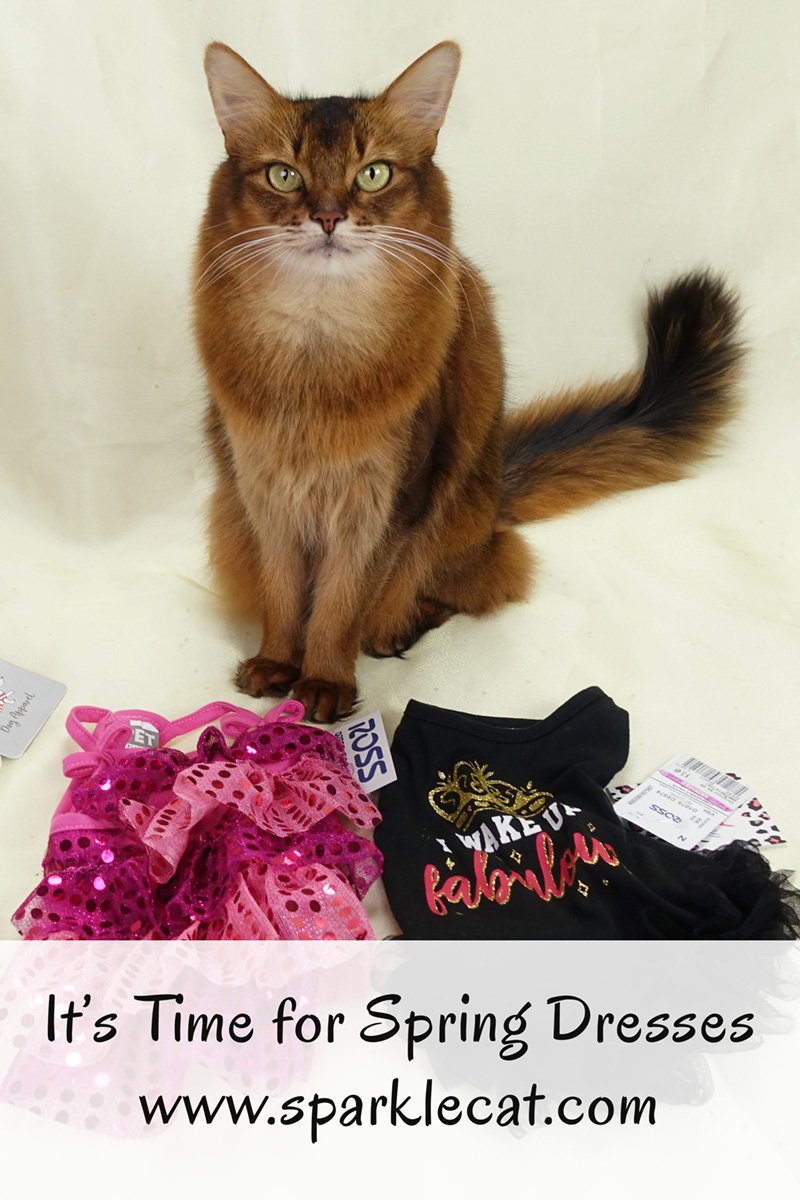