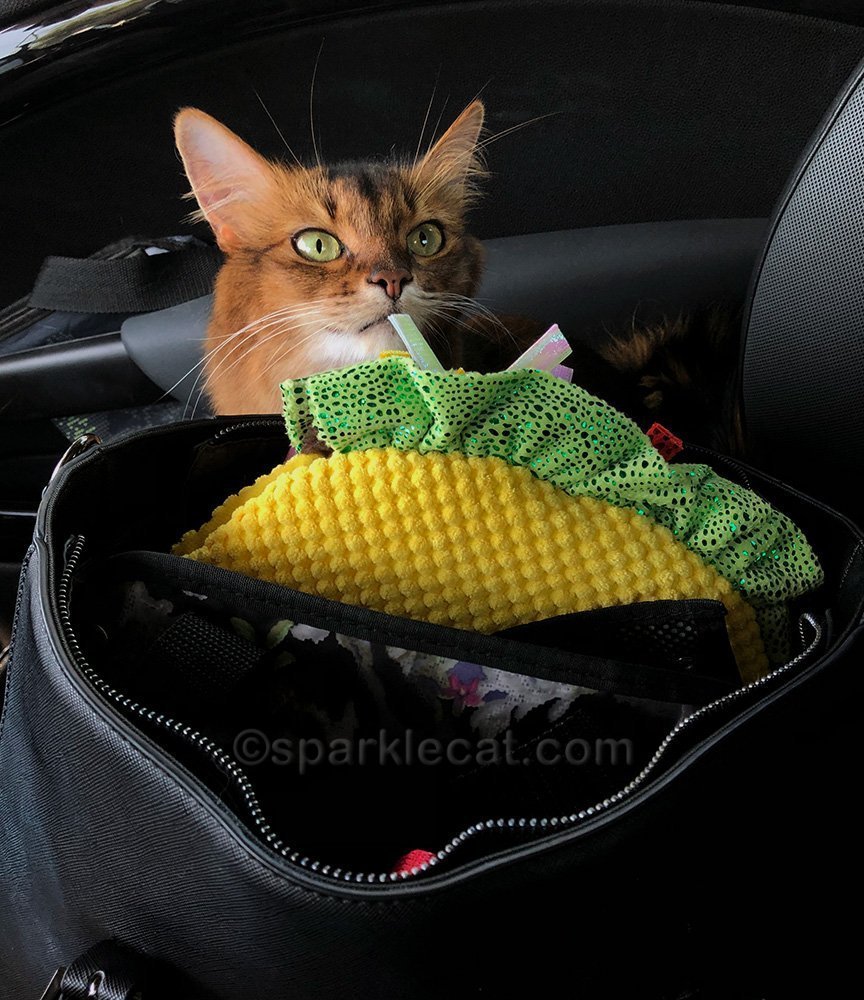 I got cast in a movie! My human sent some shots of me to a production company a few weeks ago. It turned out they went in a different direction, but they still needed a cat for a short scene. They thought they had somebody, but at the last minute they didn’t and called us! They desperately needed a cat that could walk on a leash. Well, that’s me! My human and I showed up at the location with a bunch of different wardrobe choices, as requested. 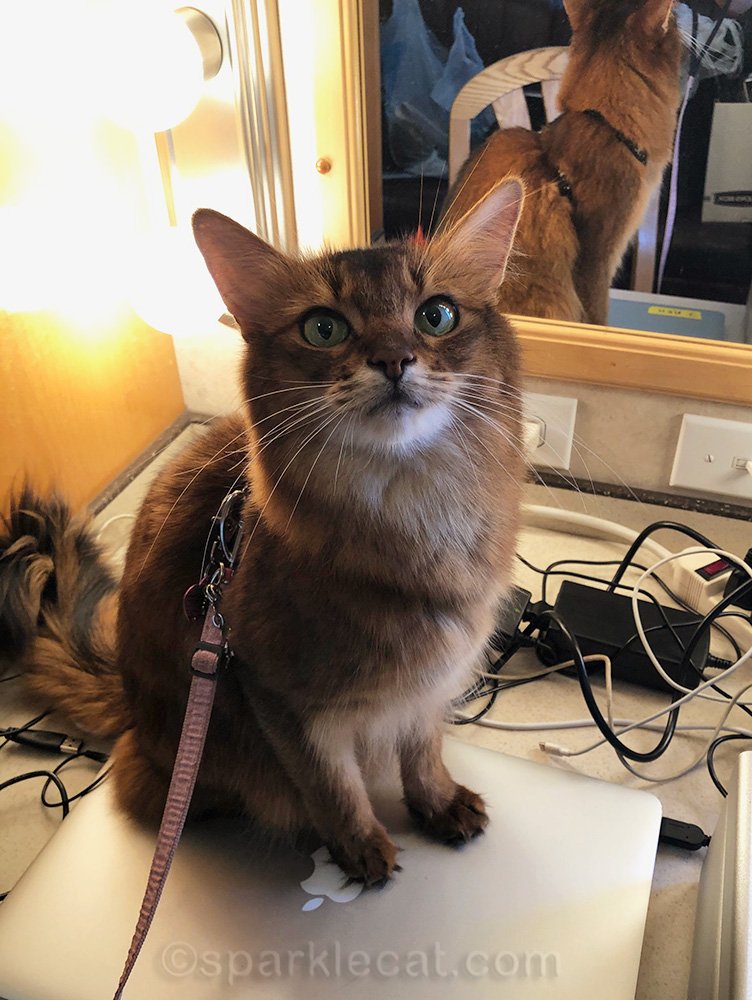 The movie is a low budget, dark comedy/ thriller called Take Me to Tarzana. I’m going to be near the beginning, right before the credits. Walking on a leash with someone who is not my human! When we arrived, they weren’t anywhere near ready for our scene (this is totally routine), so they put us in the production office trailer for a while. 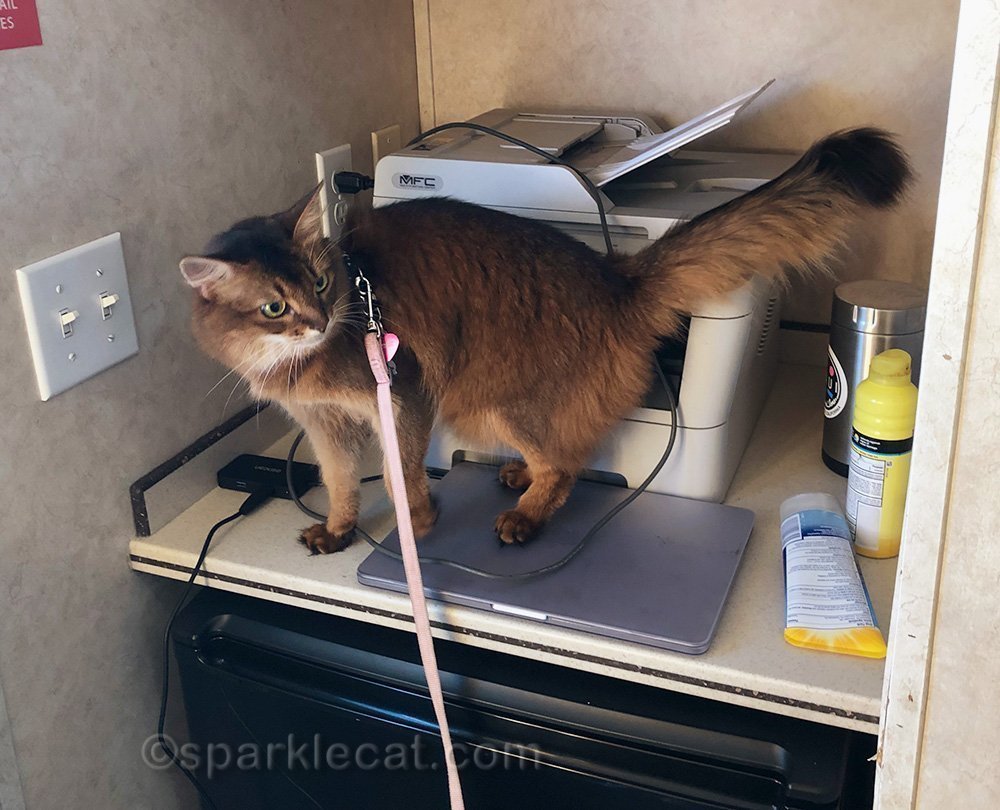 Most of you probably don’t know a lot about film production, but basically if you are talent, you show up and then you have to wait around for a really long time until they are ready for you. So I used the opportunity to check out the production office. At some point, the woman from the Humane Society showed up to keep an eye on me. Yes, I got my own Humane Society person for the day! It’s the law. She was actually really helpful and voiced most of the concerns my human had for the production. Like, the lead actor gets hit with a soda bottle right before I show up on my leash, and she made sure that I didn’t have to be in the shot when that happened. 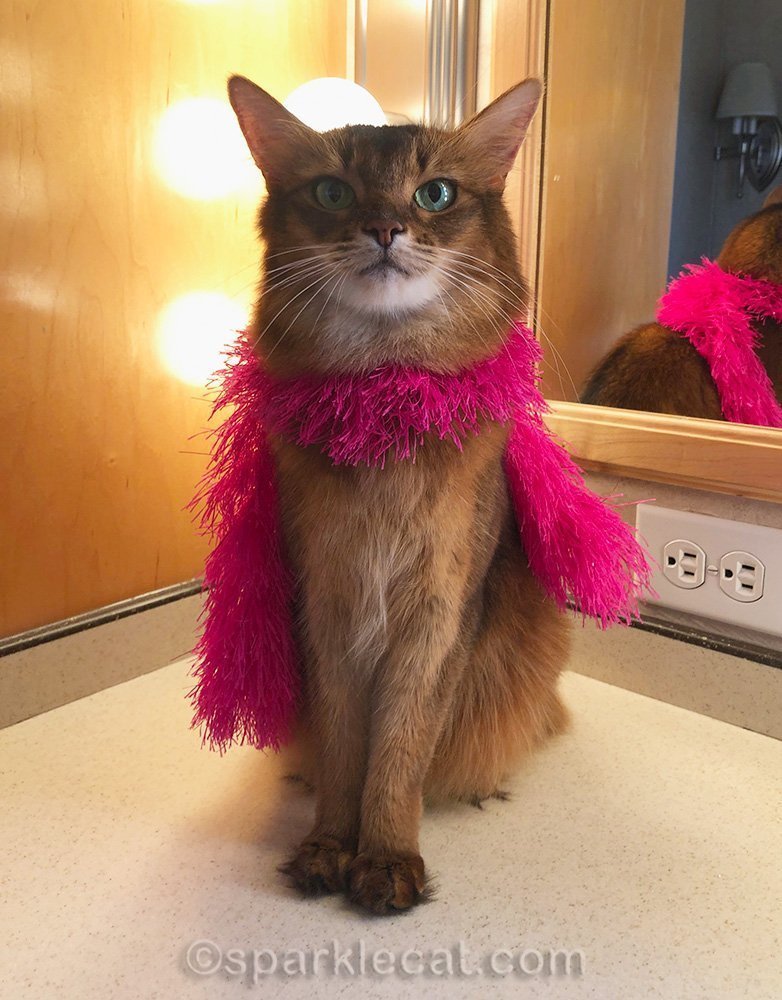 Eventually a trailer opened up for just me and my human, so we got to move there. While we were waiting, my human fluffed up my fur and got me ready to film. The wardrobe person showed my human what the actor who was walking me was wearing, and looked at my outfits. We decided to go simple, with the pink boa. The scene was actually kind of scary, since it was at a bus stop near a busy street in the San Fernando Valley. But my human worked with me to convince me I was safe… and I was okay! And the scene didn’t take too many takes, and I even got my own close up! I wish I had photos to show you, but my human was too busy looking out for me to take any photos. 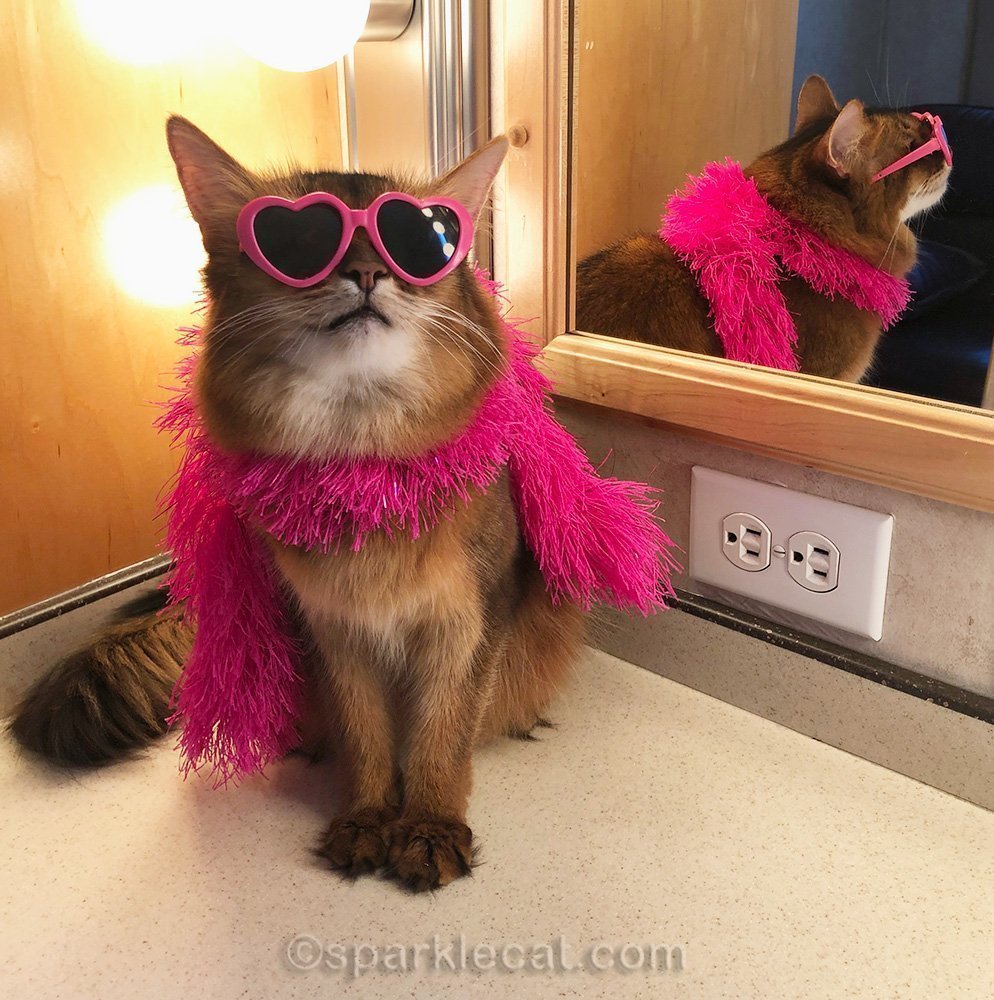 There was a photographer on location who took lots of photos, so maybe those will show up at some point. While they were finishing the set up, my human put my sunglasses on me, and the photographer got a bunch of photos of me wearing them! That seemed to be pretty popular with the crew. Too bad there was no way they could have stayed on for the scene!

Anyhow, they will finish shooting Take Me to Tarzana the first couple weeks in June, and they are hoping to release it early in 2020! I hope I don’t get cut out!