You are here: Home / Diary / I Trespassed! 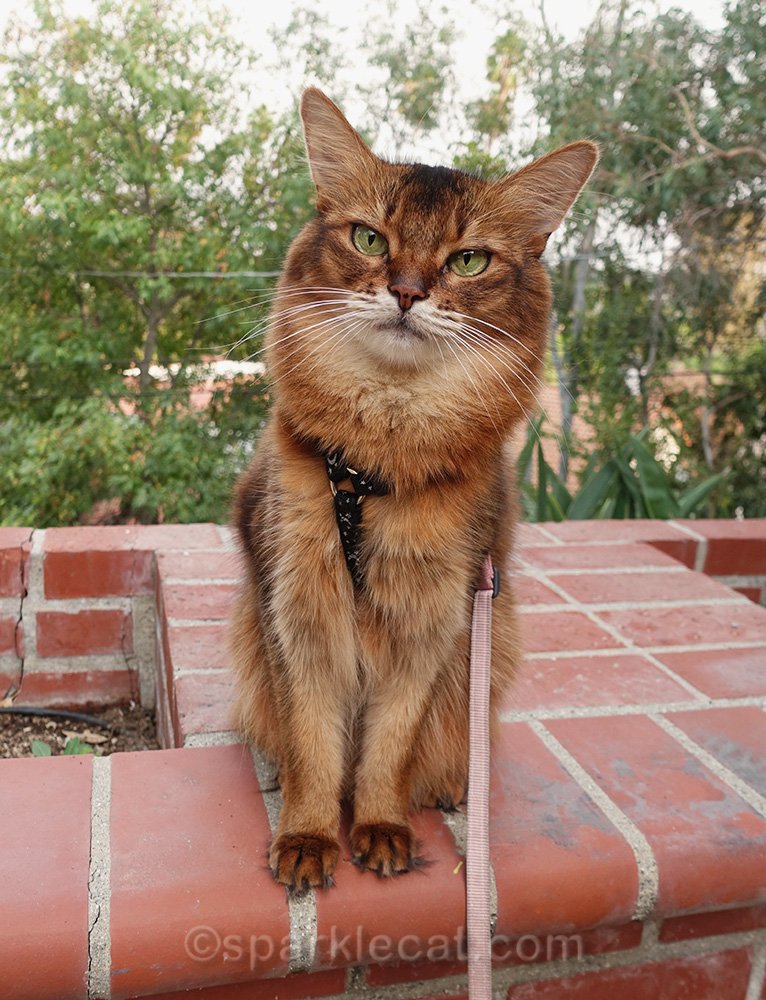 I’m glad the heat wave broke. I was expecting to go out again… but then we had to deal with really bad air quality from a fire. It wasn’t close to us, but it was near enough to spread ash in the next town over. It made my human’s sinuses go raw. 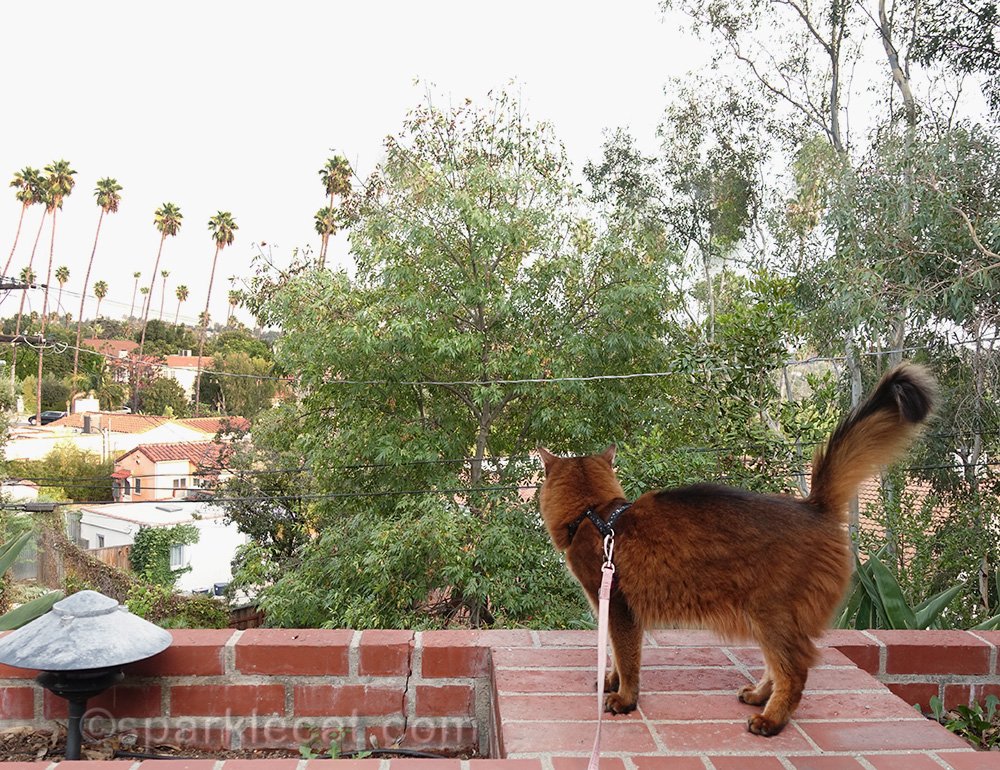 So she said it wasn’t a good idea for me to go out for a while. The fire is still going on today, but we aren’t getting the smoke. You can see how drab the sky is. It was much worse the day before. We consider ourselves lucky — lots of friends of ours to the north, in both California and Oregon are suffering much worse. Some even had to evacuate. And I’m sad to say, one person we know lost his house. Fortunately, he and his dog escaped. 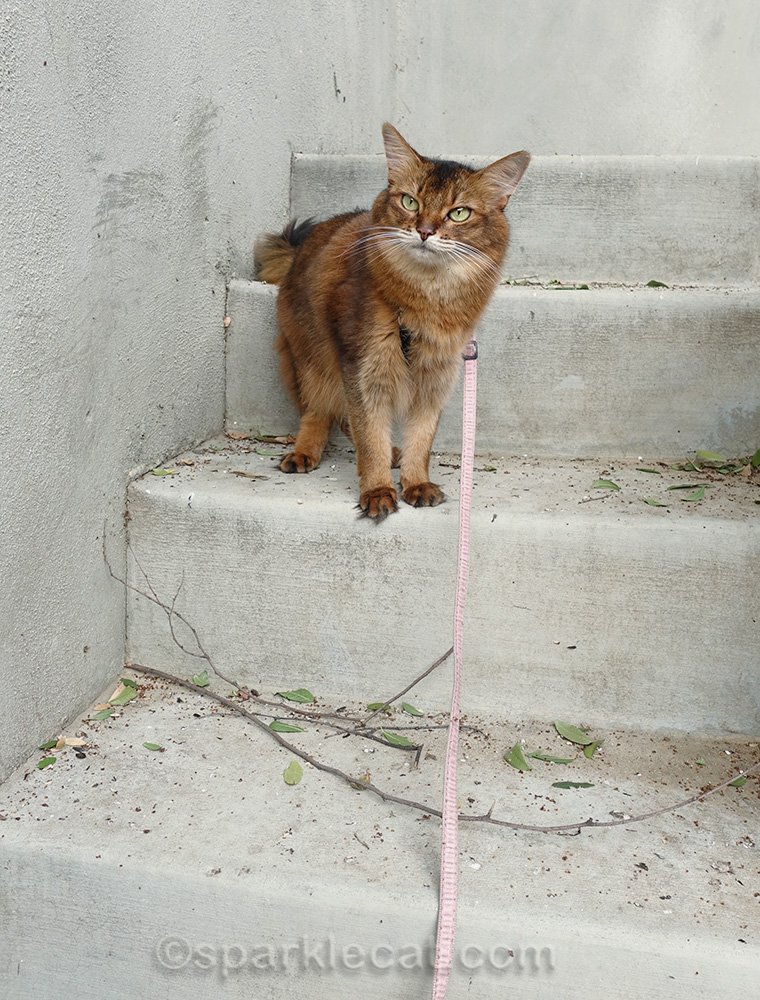 Meanwhile, down here, I was able to enjoy some outside time. Yes, I’m really lucky. 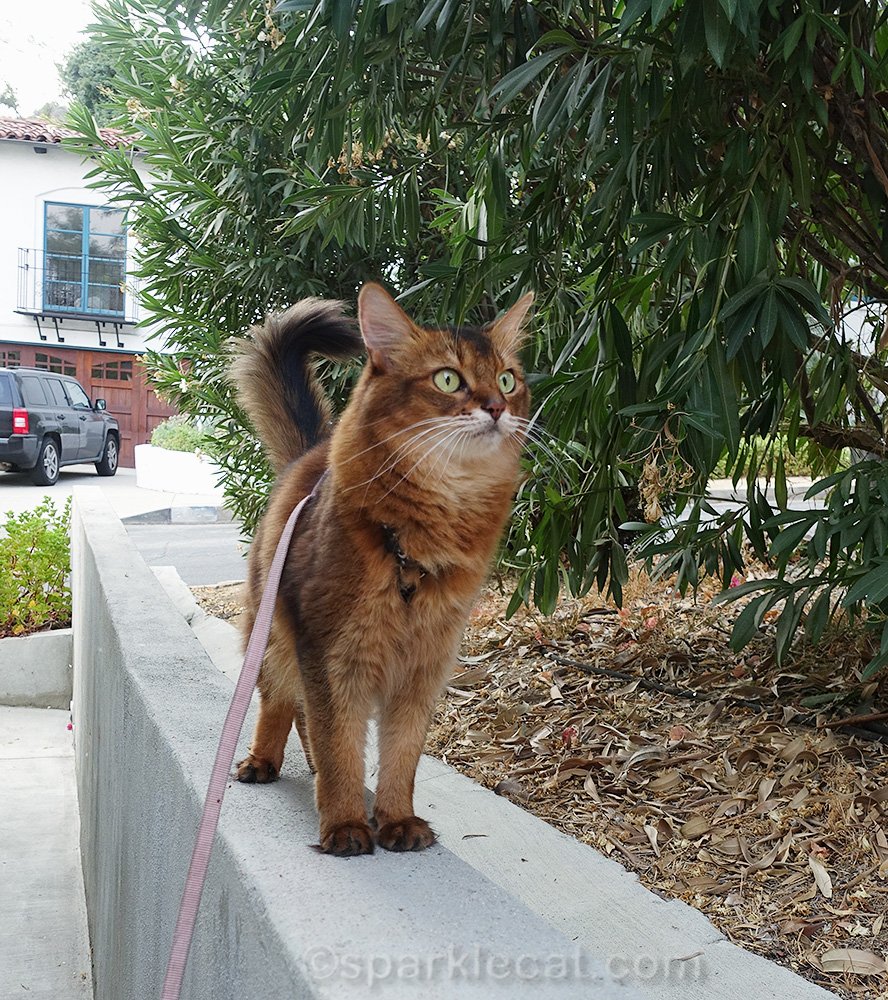 This time I got to hang out on the wall for a while. And then I did something I’ve never done before… 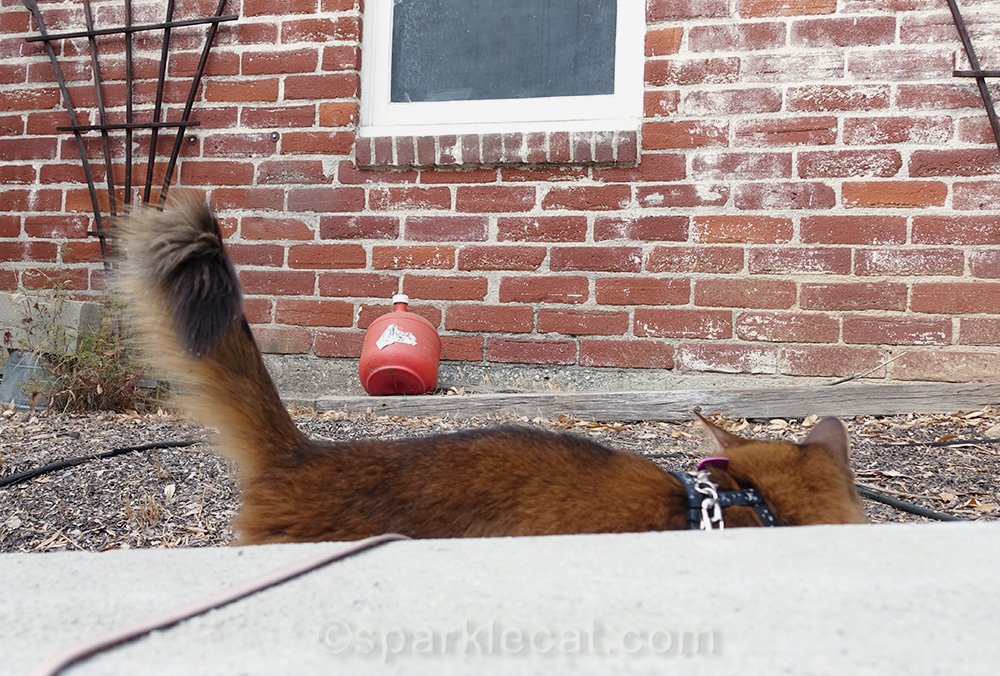 I went over the wall! 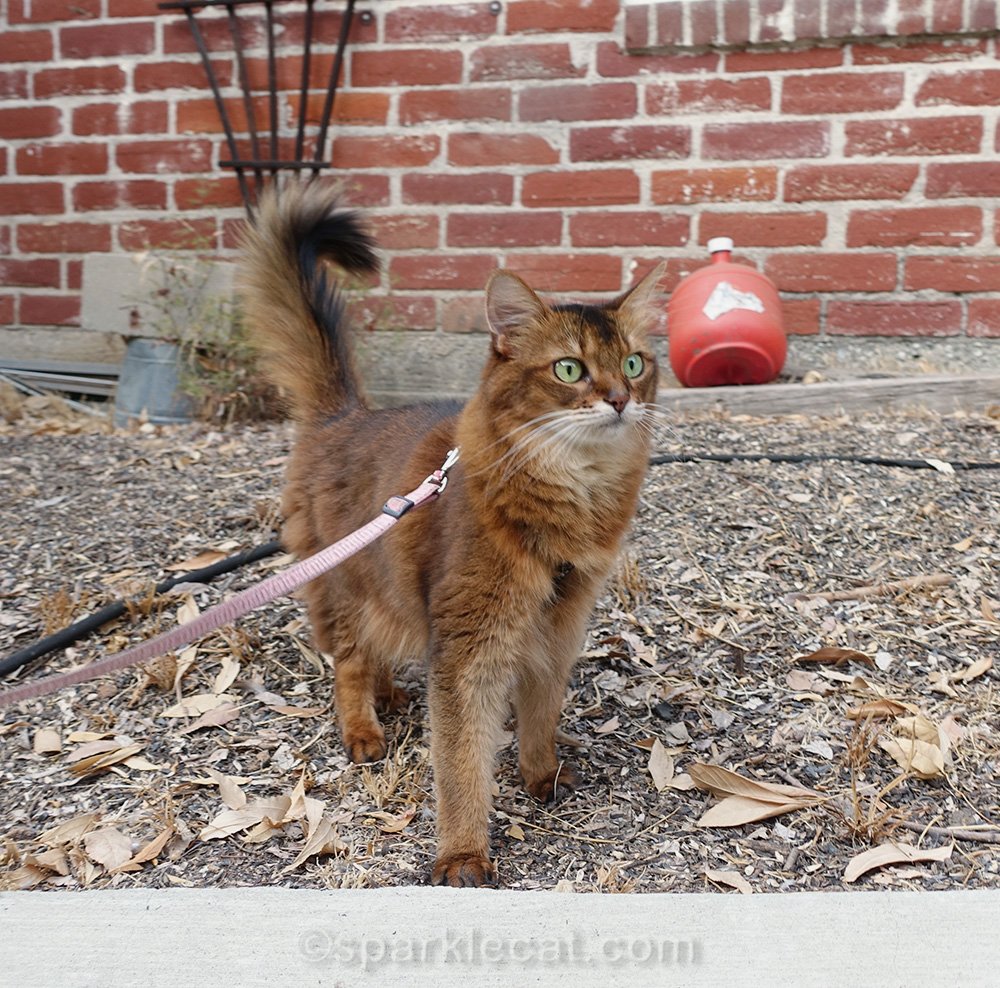 I thought it would be fun to explore, but my human said I trespassed! The other side of the wall belongs to the neighbors. Even though she was sure they wouldn’t mind my being there, she only let me stay over there for a little while. 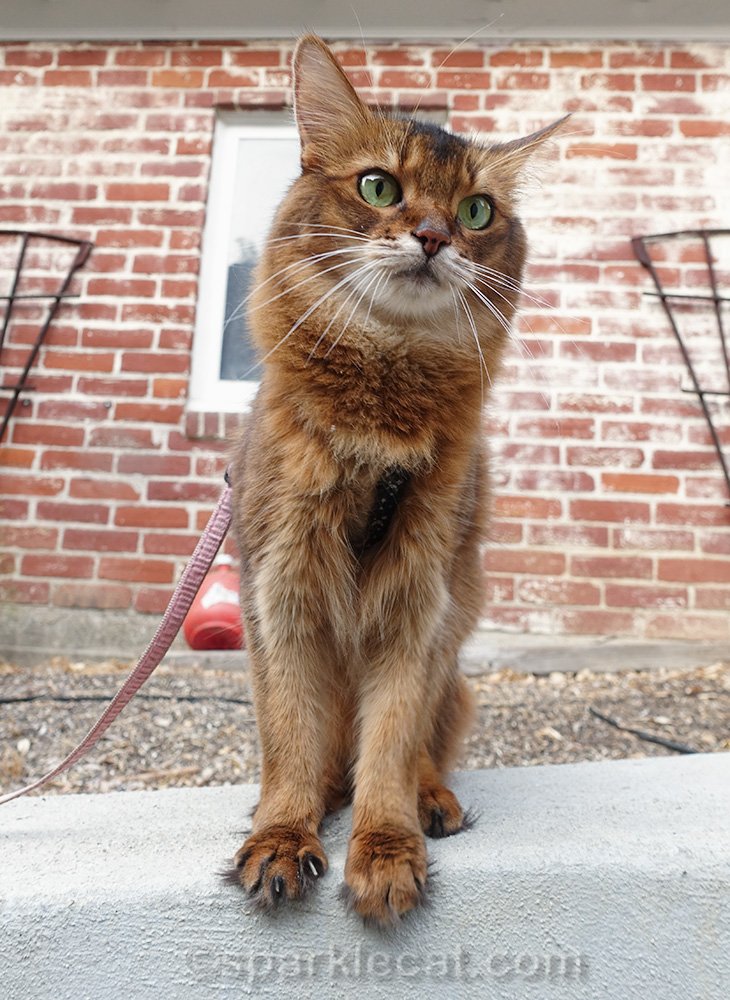 So I had to come back, and by then it was time for dinner.

I’m purring for all my friends near the fires to stay safe. We live in a fire danger area so we worry a lot. 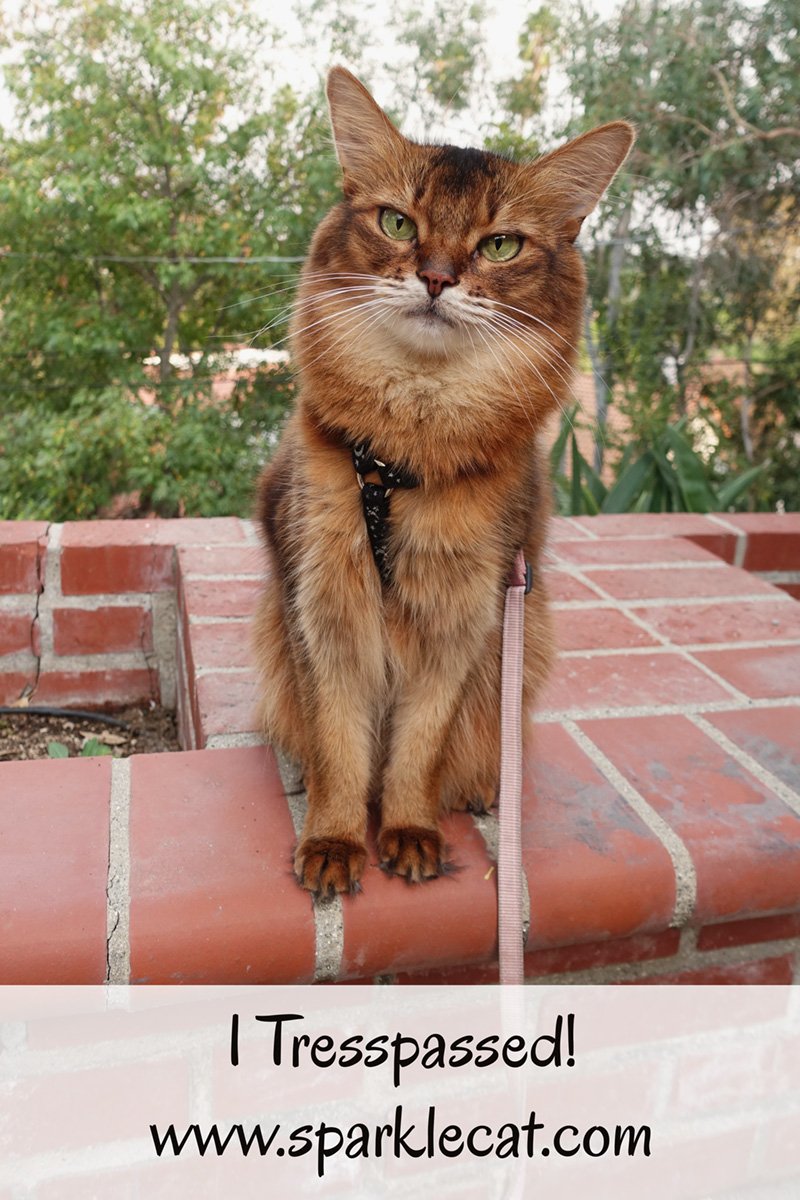